Review – Omar Apollo Stayed a Step Ahead at the Ogden

It’s a treat anytime you get tickets to a concert because nine times out of 10 there’s an opener. A freebie in the plainest terms — a chance to hear new music that would have otherwise slipped past you. When there are two openers, it’s like a reward just for attending. Last night, The Ogden Theatre hosted headliner Omar Apollo with openers Tora-i and Deb Never for an exciting show characterized by soulful R&B and alternative indie.

The East-London singer, Tora-i opened the show with only a handful of tracks in her archive, the latest being “Lounging,” but that fact failed to stop her from making an everlasting impression with the Denver neo-soul crowd. “I wrote this one about the injustices of the world,” she stated before performing “Call Your Name.” “It’s about knowing and owning your power.” Her conversations with the crowd were soft and sweet, but her performance was insightful and reflective, often leaving the audience in stunned contemplation of their own thought processes.

Later, when Washington-based performer Deb Never started her set, it was a complete shift in tempo. One may have guessed a punk, grunge performance based on the band’s appearance but the style and sound were strong claims to indie, alternative inspiration. The guitar and drums of Deb Never were aggressive but the vocals were mellow with pinches of passive lyrics. Songs like “Sorry” and “Funky” echoed back from the crowd during her performance. 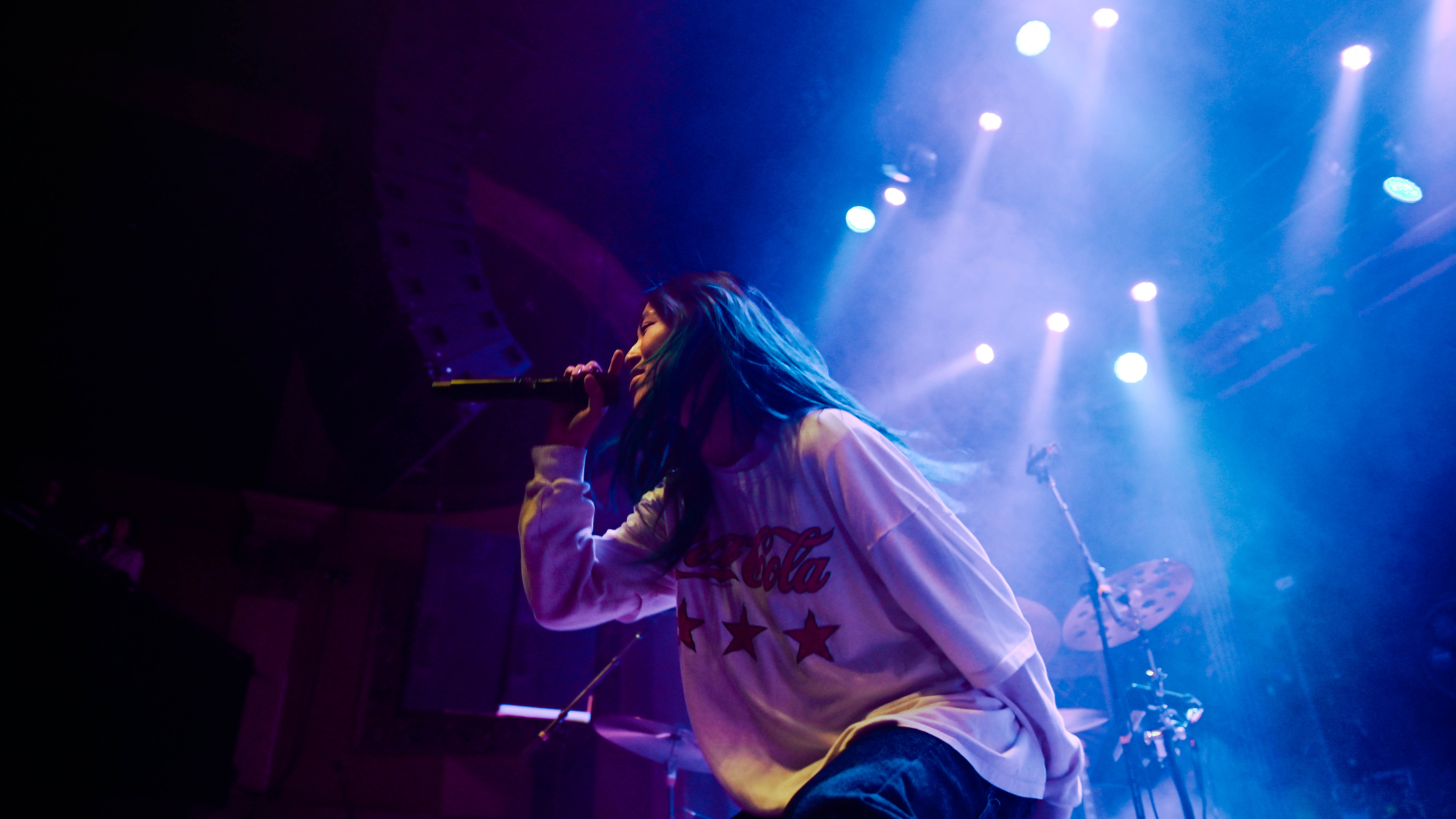 Deb Never at The Ogden.

The songs from her full album, Where Have All The Flowers Gone? were the most accessible but her latest single, “Crutches,” proved to be the greatest reassurance of the direction she’s taking as an artist and performer. Quite frankly, there’s something special about an artist who has perfected the stage prance to fast-paced songs. You either have a good stage performance or you don’t — and Deb Never does. 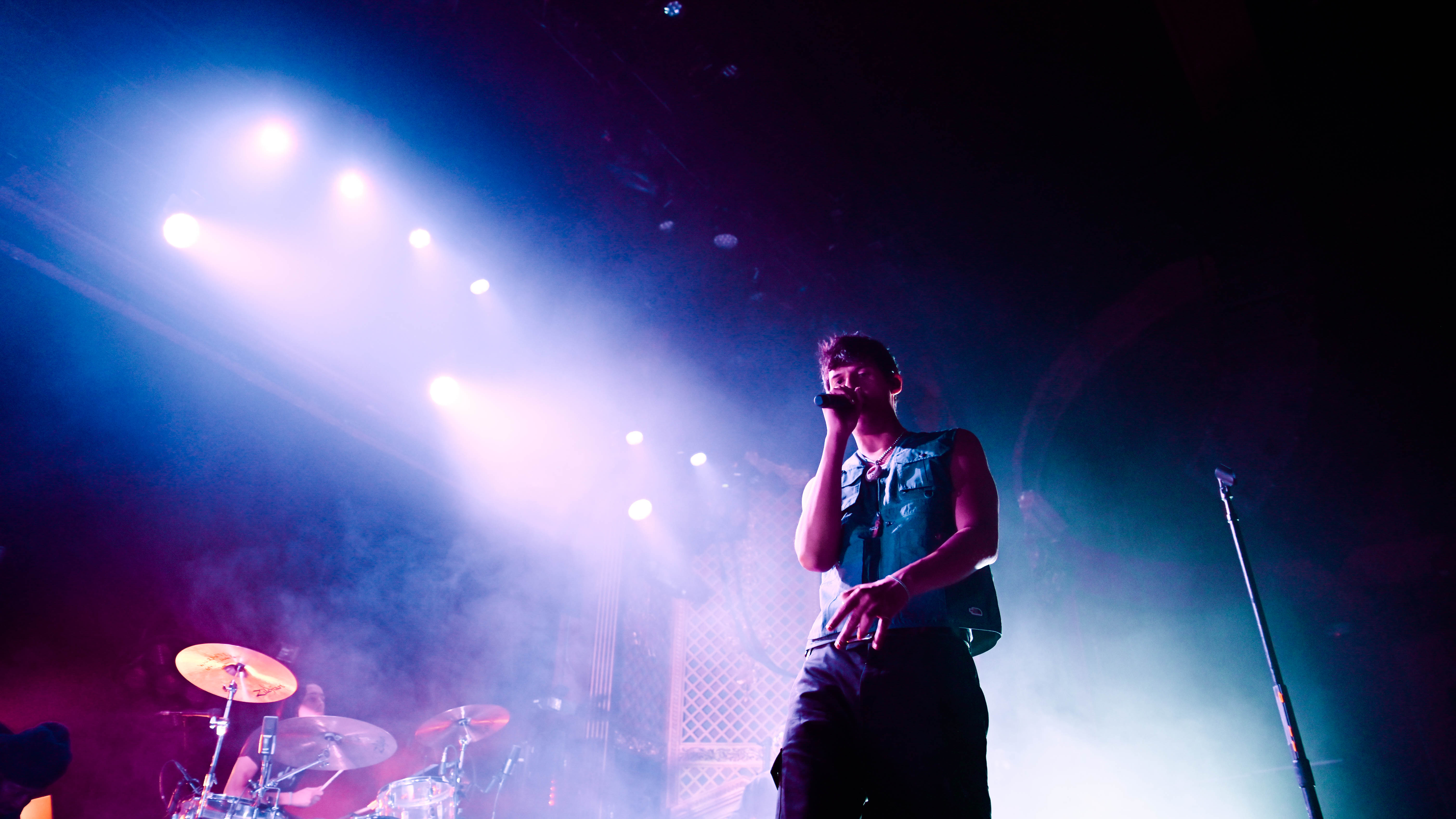 Omar Apollo’s set began the way all musicians hope to avoid — a technical difficulty with his guitar. Despite a rocky start, the band dealt with it accordingly and Apollo took it in stride, “Sorry y’all. My guitar stopped working. We’re going to do the next one. I don’t give a fuck.” The artist made the executive decision to change the setlist with little choice, but the crowd ate it up. There’s nothing more fascinating than an impromptu setlist change. After playing “Erase” and “Killing Me,” the artist reclaimed his guitar and the show continued on. 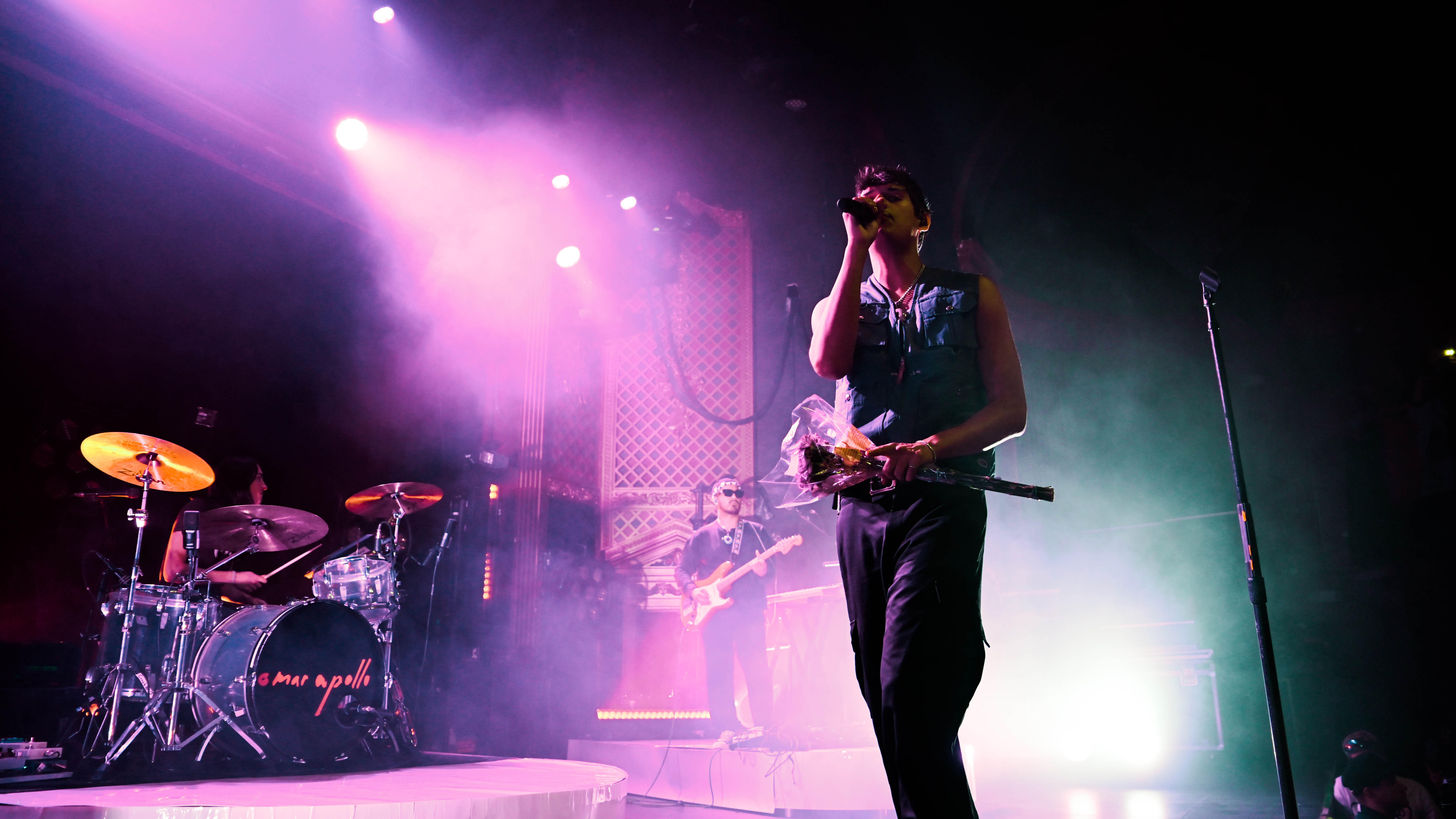 Omar Apollo walks the stage with roses from a fan.

Shortly after, the lights focused on the crowd, leaving only silhouette figures playing on the stage. Funky overtones dominated the venue once “Kickback” started until a low bassline dropped and transitioned into his more popular song, “Hit Me Up” to which the crowd went wild. The Mexican-American artist made sure to pay homage to his roots with acoustic guitar solos that can only be associated with classic folk music. The cheering died down but the energy was still present in the venue. As Apollo said, “It’s only right. We got to do another corrido [Mexican-style ballad].” If there’s anything that got Denver’s hips moving, it was the Mexican-based rhythms that Apollo couldn’t help but sway to.

The show was coming to an end, but it felt as if it never would. Apollo’s charm enamored the audience and the feeling must have been mutual based on his full smile as he spoke to the attendees. Knowing full well his 2022 album release Ivory should have been the key focus, there never was a hint of marketing or promotion when Apollo took the stage. No agenda or ulterior motives, just an artist residing in the moment with his fans the whole way through.

All performance photography by Kori Hazel.