Simplistic yet hard hitting. Layered with a handful of purposeful dichotomies, big and small, The Sickly Hecks show off their ability to create balance between intensity and sentiment in their new music video. The Denver rock band’s new music video for their song, “Bloody Mouth” off of their 2020 album Try and Fail, depicts the boldness of the song while also hinting at a deeper meaning.

Having filmed the video over a year ago, members Steven Hartman and Raymond Suny were grappling with the mental effects of the pandemic , as well as their own personal struggles.  “Steven and I shot the video over a year ago before Try and Fail was fully released. At the time, we were inspired to provide a darker, more atmospheric visual for the track. Partly because it reflects the song, partly to juxtapose the more light-hearted music videos we have, and partly because it was a difficult time for us,” lead singer Raymond Suny explained.

The video kicks off with a close up of Suny’s face in front of an antique China cabinet. Engulfed by a wave of both blue and red lights, his face pops from the screen, showcasing the power of the contrasting color scheme. Sonically building tension with a droning guitar riff and soft vocals, Suny embodies that feeling on screen as he looks mysteriously into the camera and sings.

The crafty color scheme is the first glimpse at contrast within the video, as the inclusion of the China cabinet nods to what can be observed next- and what truly brings meaning to the songs depiction. Filmed in Suny’s parents’ house, the domestic setting is confronted with flashes of eerie imagery spliced in, depicting skeletons, animal teeth and cobwebs. The haunting images that flash onto the screen play to the darker atmosphere that the band was aiming for while the comforting setting delivers a subtler message.

“The footage is mostly from December 2020 and January 2021, which was a few months after my mother passed away. She was a curator of beautiful spaces, eclectic knick-knacks, art and oddities. Filming at my parents’ house and including some of these things was kind of an homage to her and a testament to how she shaped my taste for such things. I don’t think I realized why I felt compelled to do that at the time, but thinking about it now, that’s a big part of it,” Suny said. 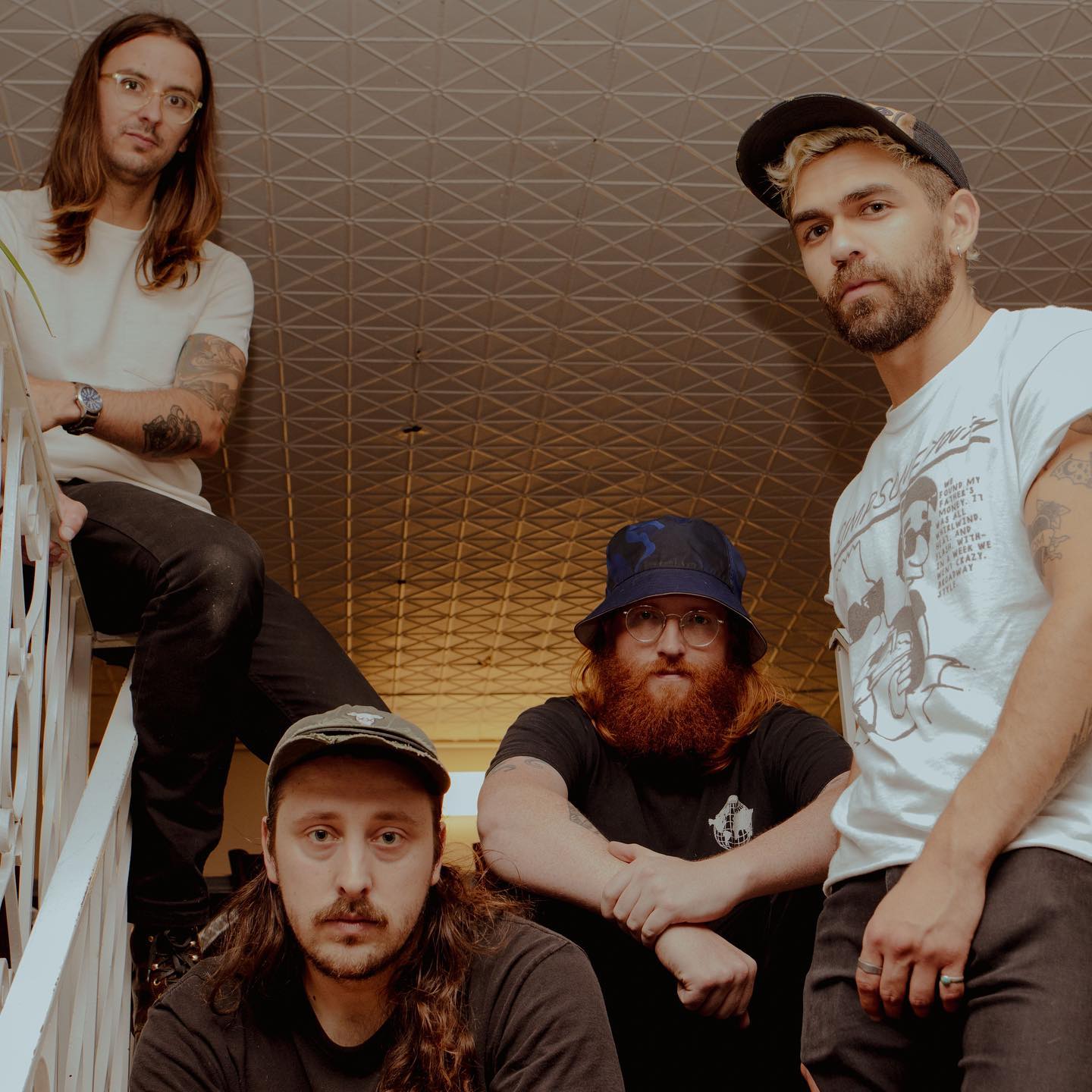 Overhead shots of Hartmen banging on the drums, and shots of Suny’s silhouette shredding on the guitar are just two examples of the variety in shot angles and techniques employed. In suit with the various other juxtapositions present, for every close up there is a medium shot and as with every low angle there is a high one. The positioning of both bandmates throughout the video also balances the two ends of the spectrum with filling the frame, at times utilizing the rule of thirds and at others ignoring it completely. Using such contrasting filming techniques adds to the theme of opposites in harmony that runs through the video.

A vivid two-tone color scheme, meaningful setting, intriguing action and chilling images come together to give “Bloody Mouth” a dynamic video that perfectly reflects the complex dichotomies in the song. Through the conspicuous imagery in every aspect of the video, the deeply personal meaning at the core of the song is able to shine through in contrast with it’s darker surrounding.