Tiny Tomboy is a band of asymmetries. They are fronted by a small woman (the “tiny tomboy” herself, Eliza Neiman-Golden) and surrounded by three tall dudes, all of varying ages. Melodically, they employ different sonic styles that supplant an alternating energy of stress and surrender within their music. And most notably within their duality, they are a new band — formed in 2019 —  whose trajectory may be cut short by the whims of life, as each member moves through the different phases of college and post-college. However, the brightest lights don’t often burn long and while still lit, Tiny Tomboy’s debut album Sunburn — released on Feb. 25 — radiates with incandescence. 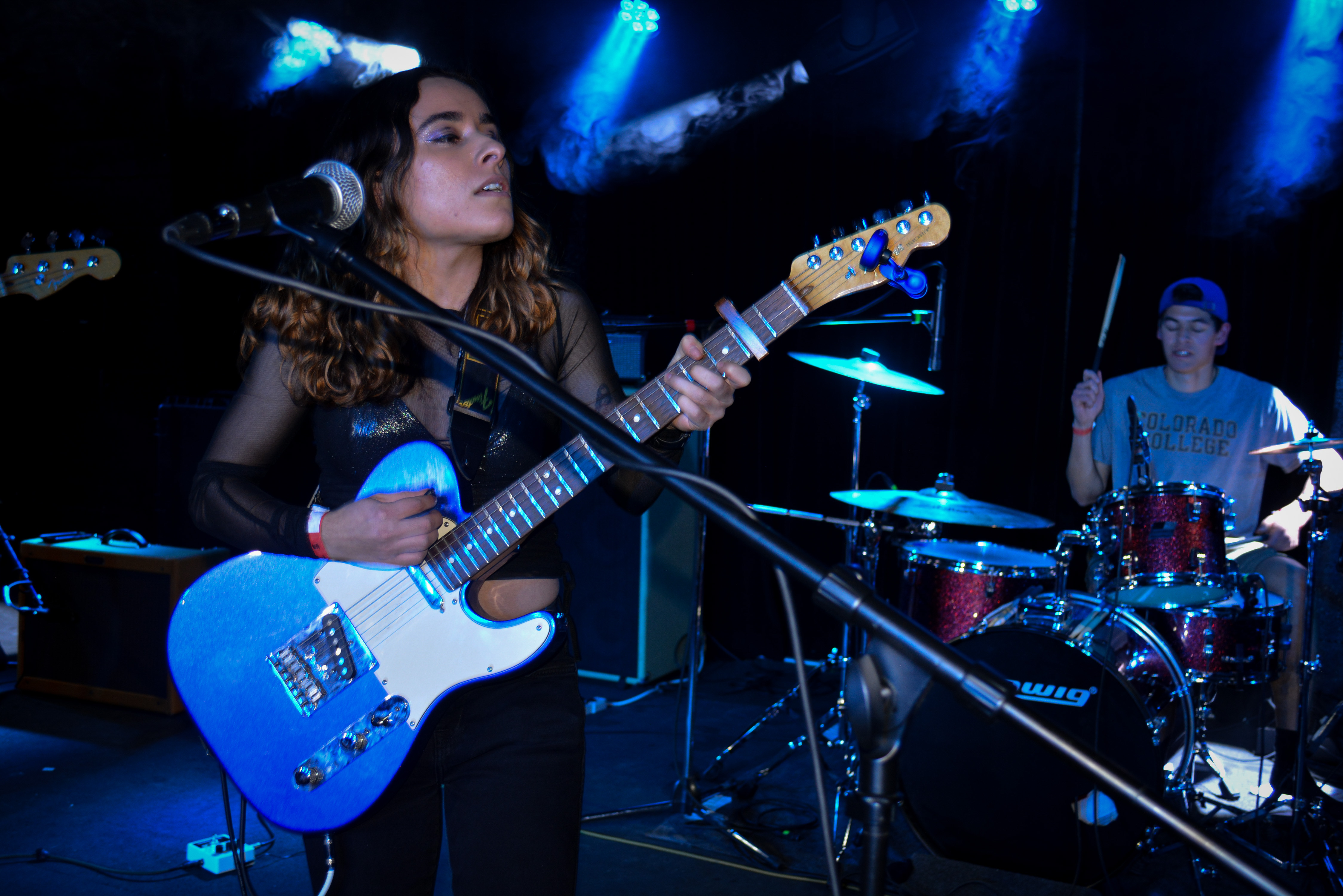 The LP kicks off with “Stardust,” an enigmatic reflection on life as a human within the cosmos. “In the darkness, I see everyone who loves me laughing,” the track asserts bitterly. The song leans into an all-too-relatable fear — not of dying but that the universe would not miss you. A cosmically anxious worry yet the song does not betray itself by sinking into a mess of masturbatory self-pity. Instead, it lightens the spirit, prepping for what’s to come. Similarly, “Someone Else” leans into its lulling nature, gradually morphing into a lilting trance that manages to feel curiously buoyant.

The variety of the record — and the band’s sound as a whole — may stem from the individuality of each member. Drummer Sam Seymour spoke on growing up trying to emulate Ringo Starr, Mitch Mitchell (The Jimi Hendrix Experience) and Stewart Copeland (The Police) while guitarist Quinn Jones cited John Frusciante from the Red Hot Chili Peppers. Both Jones and Neiman-Golden spoke on the exceptional storytelling lyricism present in indie singer-songwriters such as Phoebe Bridgers and Courtney Barnett.

“For me, Thundercat is definitely a big influence,” Bassist Ethan Gould said. “But in terms of when I’m trying to like find inspiration for writing bass lines, the music is definitely a little bit less funky. I’ve had to kind of resort to, you know, driving bass lines, which I think are really cool. And still incorporating little fills and elements of harmony in there has been nice.”

Moments of levity waltz with heavy minor chords, moving to the effect of a sonorous pleading that should feel awkward but with Tiny Tomboy’s masterful handling, does not. The album is entangled with want but embeds the listener’s ear with resolution. Neiman-Golden’s songwriting has done the hard work, guiding her emotions into a wholly satisfying experience. A gilded sunburn — itching and uncomfortable yet beautiful and intriguing. The indie darlings created an album primed to hypnotize listeners with its meticulous musicality and lustful harmonies. It is the byproduct of three music majors and one’s senior thesis.

“I was just like, ‘You know what, I just want to record an album,’” Neiman-Golden said. “It was kind of like a cheat way of getting academic credit for doing something that I wanted to do anyway. I really started working on it… probably right when the pandemic began. Then I’ve just been chipping away at it ever since. And Sam’s also doing a similar project for his thesis. So we had like, a month where we were just in the studio every day together, working on our own stuff, working on each others. Finally, after so long working on this thing, it came together.” 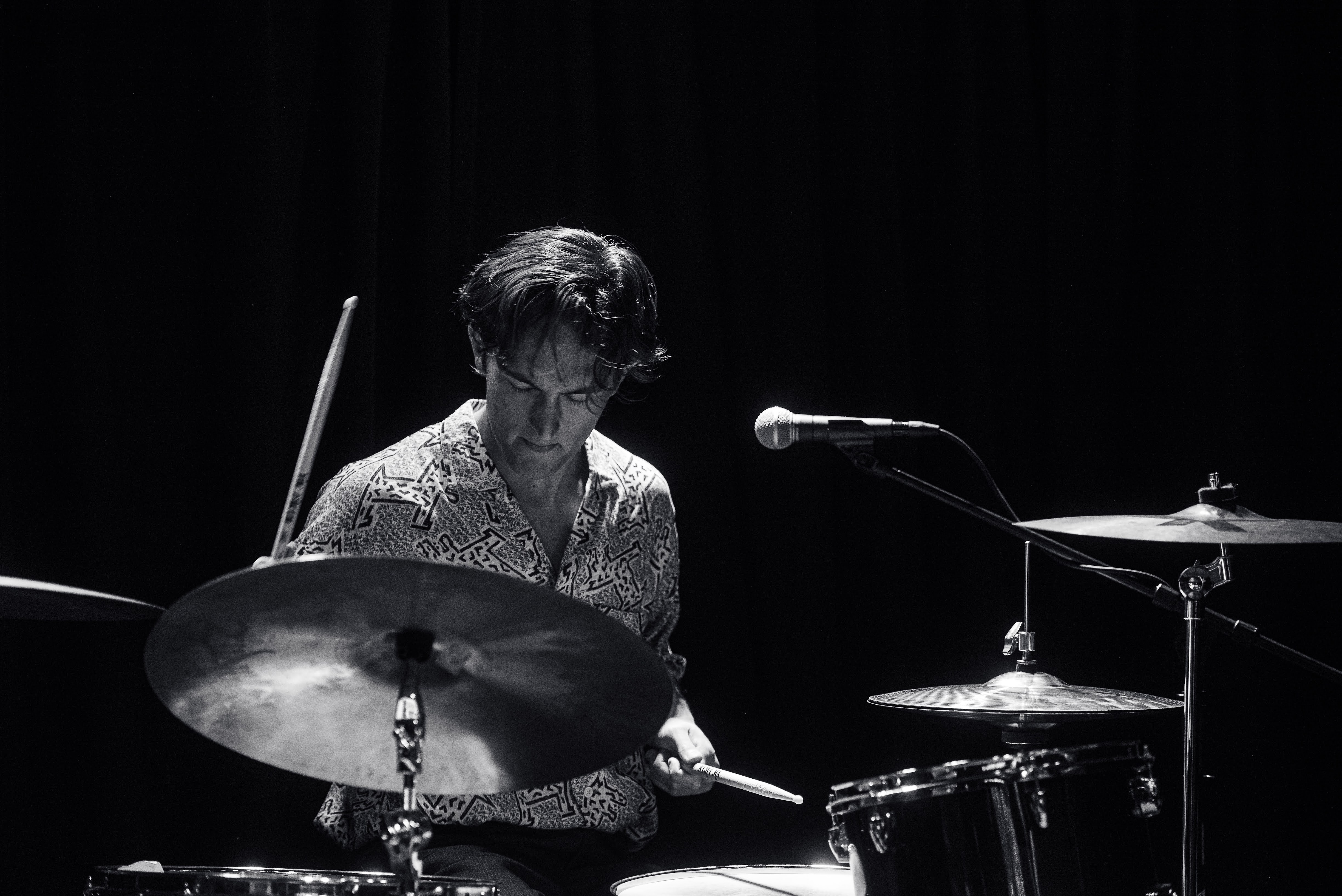 The last single before the album dropped, “Underwhelming,” overwhelms the listener with warm feelings. Its chaotically catchy vocals and even catchier guitar tune the soul to a nostalgic frequency. One can imagine jumping to the beat of the chorus until the floor falls out from under your feet. Dramatic? Maybe. But far from inconceivable. As the Colorado Springs outfit has started making a name for themselves, their live shows have become something of a legend.

“I had a couple of friends who were kind enough to let us use their house for a house show,” Seymour said. “And by the end of our set, the floor… it, fortunately, didn’t bust through but it was basically like a trampoline. You’re getting double-bounced left and right. It happened really early on, too.”

“I think it was only like a couple of songs in,” Neiman-Golden recalled. “I was scared the whole PA system was gonna come down. There were people who were just like, holding on to the speakers. Our sound guy wasn’t happy.” 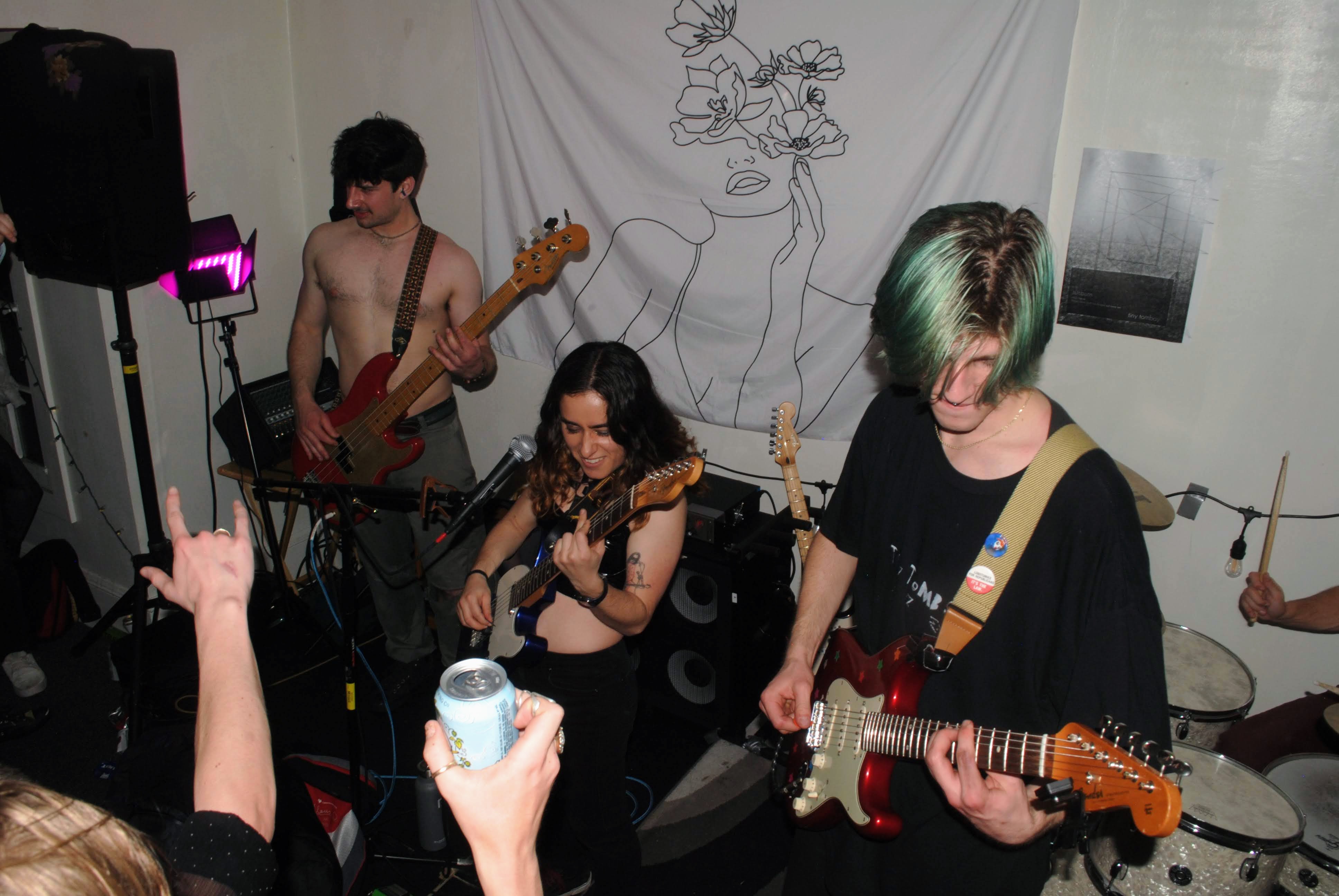 Such performances have had an impact on Neiman-Golden’s writing style. While writing the current record, she put an emphasis on creating songs that would make for a great live show. When asked about where they see Tiny Tomboy in the next few years, a hush fell over the band.

“That’s definitely a tough question,” Neiman-Golden admitted. “Because I really don’t know where I’m going to be, like after my lease is like up in July. So I honestly don’t know where in the world I’ll be. I’m thinking about maybe being in Denver, and then we can keep playing. But yeah, it’s very, very uncertain at this point in time.”

“All four of us are different years in college,” Seymour followed up. “She [Neiman-Golden] graduated already. I’m a senior… It’s kind of funny to think about. All four of us got our different lives going on and trying to balance that while at the same time, trying to keep playing music together, which we all love doing.”

To echo the titular track “Sunburn,” don’t say it’s over. In the meantime, while we continue to savor every ounce Tiny Tomboy has to offer, you can catch the band expanding their audience by bringing their high-energy performances to Denver and other parts of Colorado this summer.