There’s always been a certain quirkiness to Thundercat’s celebrity personality and online presence. His off-kilter sense of humor and wild anime antics seem authentic enough and usually translate naturally into his recorded music. There’s nothing traditional about the LA native, who is also one of the most renowned bass players of this generation. These characteristics were on full display last night at the Mission Ballroom, where Thundercat dove into his own strange, manic world of jazz-inspired improv and unexpected caverns of psychedelia. Thundercat’s live performance isn’t for everyone. It’s certainly not pop music, that’s for sure. However, there’s no show quite like Thundercat. Not even close. 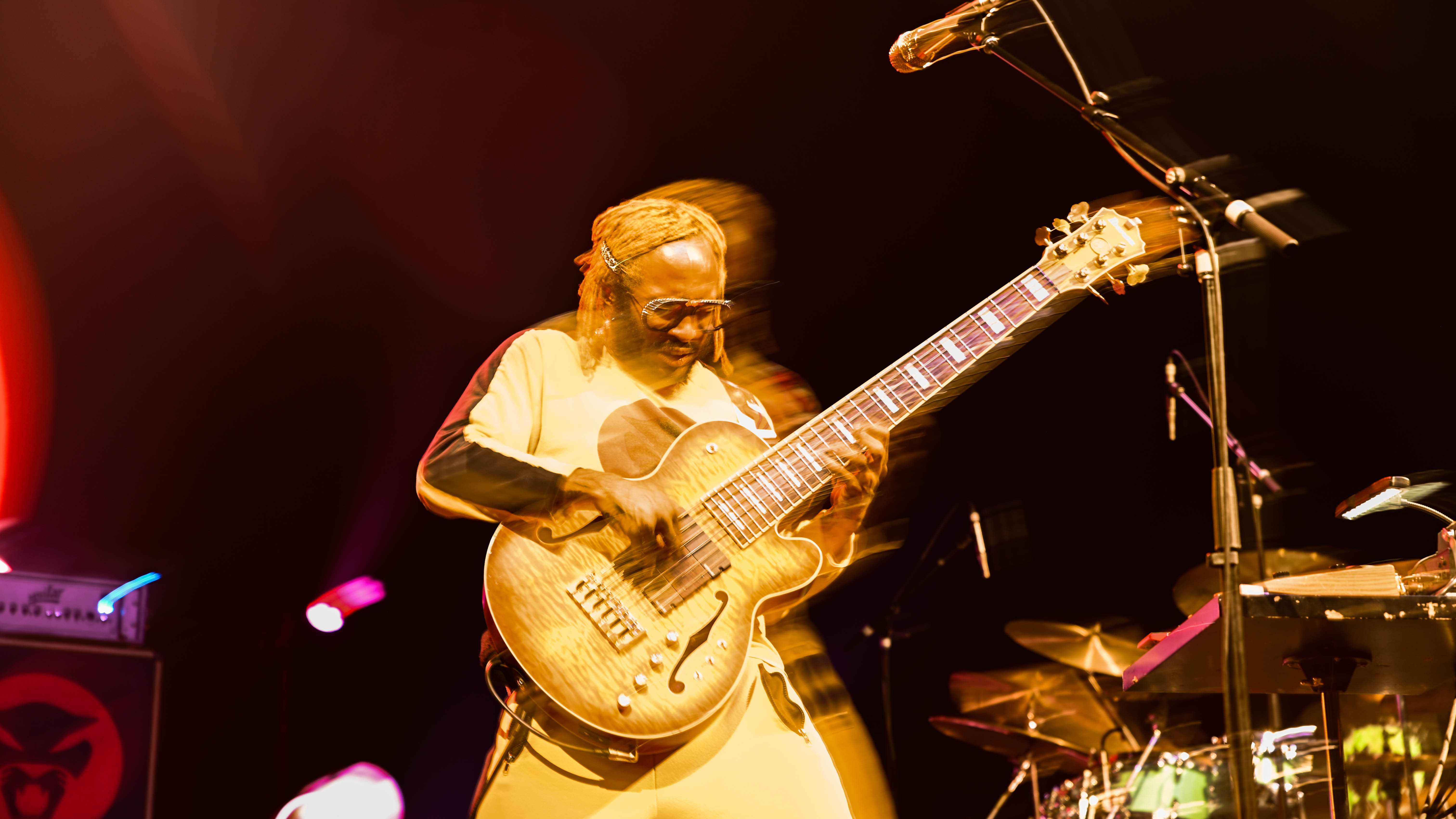 Before Thundercat took the stage with his iconic six-string, semi-hollow bass guitar, rising funk-rap star Channel Tres warmed up the audience with some groovy tunes, impeccable style and undeniable charm. He seemed completely comfortable on stage as he bounced around to original tunes like the house-inspired “Top Down” and “Fuego.” His energy matched his music, which was strange but not remarkably so. There were plenty of opportunities to dance and sing along before Channel Tres left the stage, and the audience seemed to enjoy the lighthearted nature of his performance.

After a short intermission, the lights went down and immediately the energy spiraled into an uncomfortable frenzy of loud noises and overwhelming instrumentals before Thundercat walked on stage. He made himself comfortable under the spotlight with a cup of tea and his bass guitar. Then, the music spun out of control.

Picture this – you’re going 120 mph down I-70 in a beatdown 1990 Firebird, painted red (of course). There are dice hanging from the rearview mirror and some questionable strangers you recently picked up on the side of the road in the backseat asking you if you want any drugs. That’s what Thundercat’s show was like. Unpredictable, wild, fast-paced and entirely unforgettable — teetering on the edge of sanity. 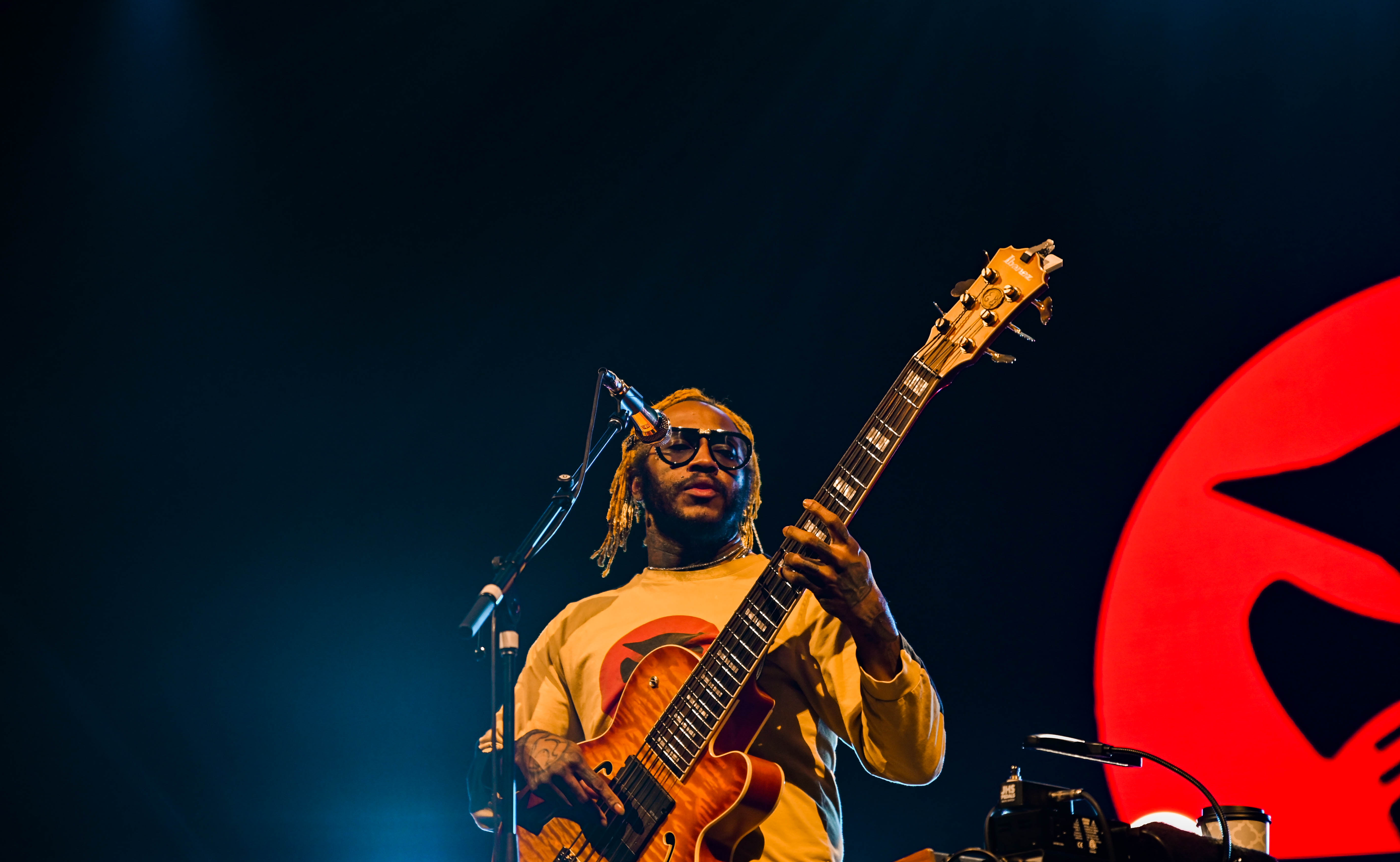 Mimicking the aesthetic of “Fear and Loathing in Los Vegas,” Thundercat rarely slowed down to come back to reality. Most of his songs started out simply enough, groovy and melodic with a touch of left-field vocals and percussion. Eventually, every single song descended into a manic episode of deadly musical chairs. It was like getting lost in a spooky episode of Courage the Cowardly Dog. For some reason, there was an ominous sense of danger encompassing every track, although perhaps unwarranted.

Leading this schizophrenic vortex of sonic chaos was Thundercat’s insane bass solos and improvisation, backed up by his drummer and keyboard player, who both somehow managed to keep up with whatever direction Thundercat decided to migrate towards. Despite the strangeness of this music, it was an impressive demonstration of musical ability, to say the least. If world-class jazz musicians took speed for three days straight, I imagine their music would sound just like this.

Thankfully, Thundercat embraced the weirdness of his music and personality by taking a few moments to give the crowd something to laugh about. “Show me pictures of your cat,” he told the crowd, who partook in the antics by showing him mobile images of their furry pets, before performing “A Fan’s Mail.” As pictures of Thundercat and his cat played on the screen behind the band, Thundercat sang, “Meow, meow, everybody wants to be a cat.” Do they, Thundercat? Do they really? 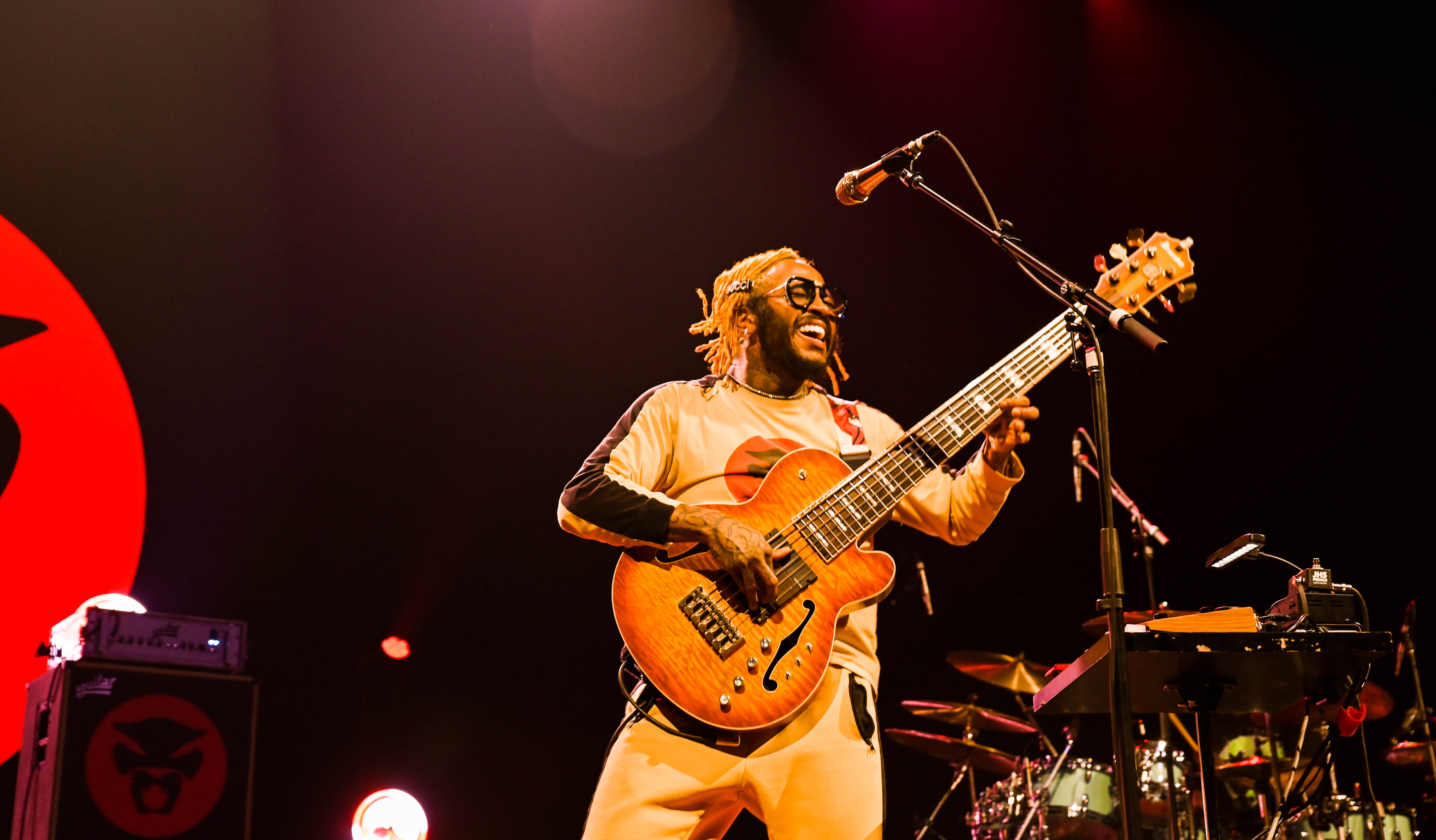 Of course, he played his hit songs “Them Changes” and “Dragonball Durag,” which provided brief moments away from the chaos and opened up the floor for some much-needed grooving. These short-lived moments of tranquility directly contradicted the overall anarchy of his performance, which made these songs almost sacred. The crowd held on to those brief seconds of clarity knowing that, soon, Thundercat would once again send them spiraling down a psychedelic jungle of unexpected sonic caverns.

If you were expecting an easy, laidback listening experience going into last night’s Thundercat show, you were probably shocked to experience the strange, untraditional nature of the performance. If you knew what to expect, you were probably still shocked. There’s no avoiding the fight-or-flight instinct that kicks in when Thundercat dives into a wild three-minute bass solo of key changes at lightning speed. Thundercat’s show was high risk, high reward. If you could manage to hold on, coming out on the other side of this performance with your mind intact was worth the journey.