“It had, as we say, met its useful life. Some of the concrete was falling apart, metal was rusting,” Andrew Tadross, open space project manager for the City of Thornton, said. “Skateparks have really improved in their design a lot in the last 20 years, so it was just kind of a relic.”

The park — which serves as a meeting spot for local skaters and community members alike — was named after Marine Lance Corporal Thomas J. Slocum who died at 22 years old in Operation Iraqi Freedom in 2003. 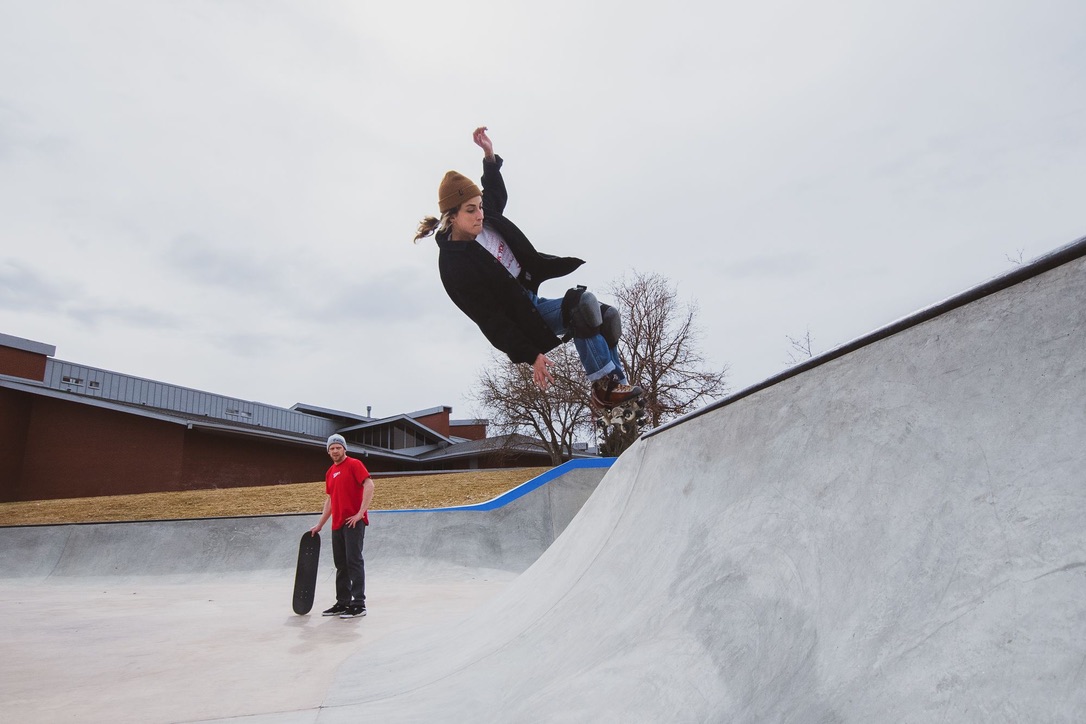 Two public meetings were held in 2020 where people could call and talk directly with Tadross and Tim Payne, the founder of Team Pain, a company that specializes in skatepark design and construction.

“[Team Pain does] a really good job at public outreach, and they incorporated a lot of suggestions from the community,” Tadross said. “And that’s how we got to the finish line; it was a collaboration.”

Dylan Elliott, a 20-year-old skater from Northglenn, began seriously riding when he was around 10 years old, and he admitted he “wasn’t the biggest fan” of the Thomas J. Slocum Memorial Skatepark before the renovations.

“It’s almost like the people who built the [old] skatepark didn’t skate,” Elliott said. “Everything was super cramped and real close together and all the proportions were off. It was just really weird.”

From design to construction, Team Pain’s parks are built by and for skaters. When Payne formed Team Pain in 1977, he did so with the belief that all of its employees should be skaters themselves. Everyone that works on a Team Pain project has a minimum of 10 years of skating experience under their belt.

Elliott saw Team Pain Skateparks post a potential blueprint of the plans for the future park on Instagram. Once the construction groundbreaking happened, Elliott would pay a monthly visit to the park to check its progress. He was there as soon as fences surrounding the park were taken down and renovations were finished around Thanksgiving last year.

If it isn’t snowing, Elliott and his friends are at Thomas J. Slocum Memorial Skatepark “pretty much every day,” and it has become his favorite local park.

“It gets really packed now. It’s really cool because a lot of people come down just like from everywhere since it’s the brand new park,” Elliott said. “So you get to see a lot of people from down here that you haven’t in a while.”

Tadross was at Thomas J. Slocum Memorial skatepark on its opening day and said an older skater made the trek all the way from Summit County to see the new park.

The skatepark is only one piece of the redevelopment happening in the community. So far, a new basketball court, tennis courts, outdoor restrooms and trees have been added. Additionally, a shade shelter is being built this year, and there are plans for the community center to be demolished and reconstructed.

“There’s a whole lot of money going into this park, and it’s an older park, so it needed a facelift,” Tadross said. “The skatepark is the ice cream on top.”

The $1.5 million fund for the skatepark comes from the city’s Parks and Open Space sales tax – which was approved in 1997 and extended in 2013 to 2038 by voters – as well as an Adams County Open Space Grant.

“It makes me really happy that [the City of Thornton] is down with skating and they want skaters everywhere to have a nice park,” Elliott said. 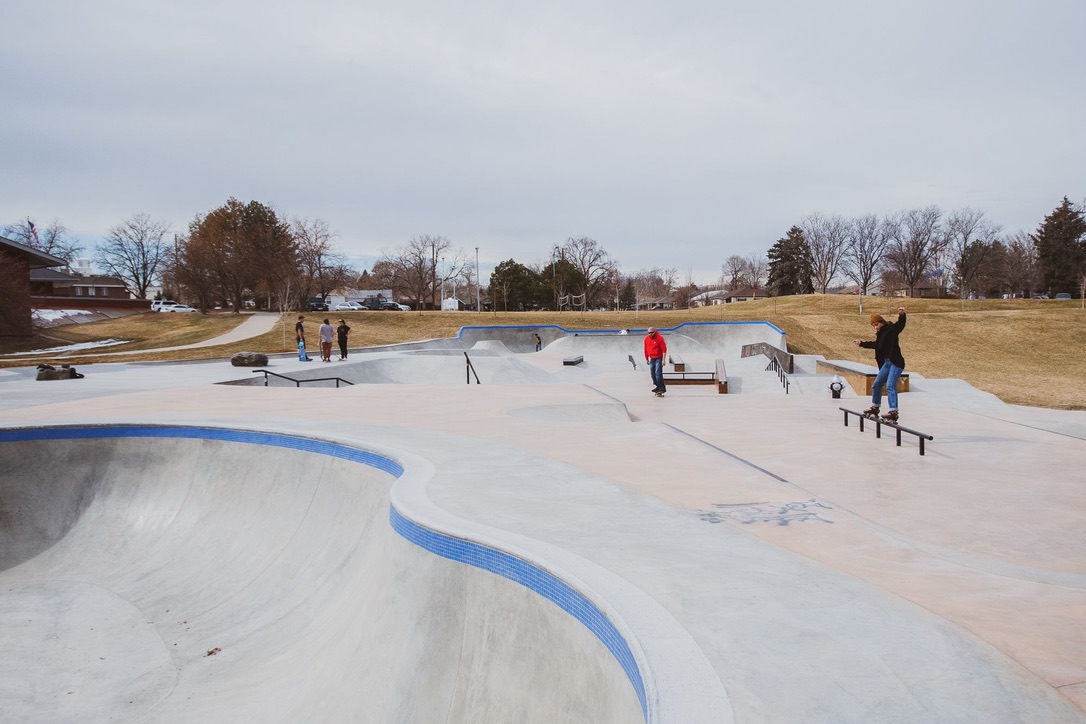 Tadross and Elliott both said that the park is suitable for beginner and advanced riders. The park contains a skate plaza, handrails, embankments and boxes, a fire hydrant and a snake run.

“The first thing I noticed was the kink rail, and the snake run going around the whole park is really awesome as well,” Elliott said.

Tim Payne has contributed to the skate park industry for 35-plus years and designed and built over 250 skate structures and parks worldwide. He’s also provided training facilities for events like the X-Games, MTV’s Jackass Productions and MTV Sports & Music Festivals.

“We appreciate the work that Team Pain did. We appreciate the support of the community and being patient with this project and other projects,” Tadross said. “We hope that people will really embrace the park and ward off littering, graffiti, things that deteriorate the park over time. We want people to love the park and take care of it. It’s their park.”