In a crowded room full of strangers, it can feel like there are no commonalities. However, when the lights go dim and the instruments play, music penetrates the heart the way language cannot. Even in a crowd full of strangers, Inner Wave spoke the language of psychedelic funk at Larimer Lounge and the crowd understood every word, uniting them all.

Before the psychedelia began, crêpe girl took the stage to warm up the crowd. The 21-year-old’s soft voice aired through the lounge as fans swayed from side to side. The gentle instrumental and soft vocals were reminiscent of artists like Clairo and Arlo Parks. The Colorado bedroom artist took her sound to the big stage with grace. She floated from song to song giving the crowd a voice to remember, especially since she played a slew of unreleased songs. Although the 30-minute set wasn’t met with an explosion of energy, crêpe girl made her presence known, as fans were eager to hear what was coming next. The crowd agreed that a coming of age was approaching. 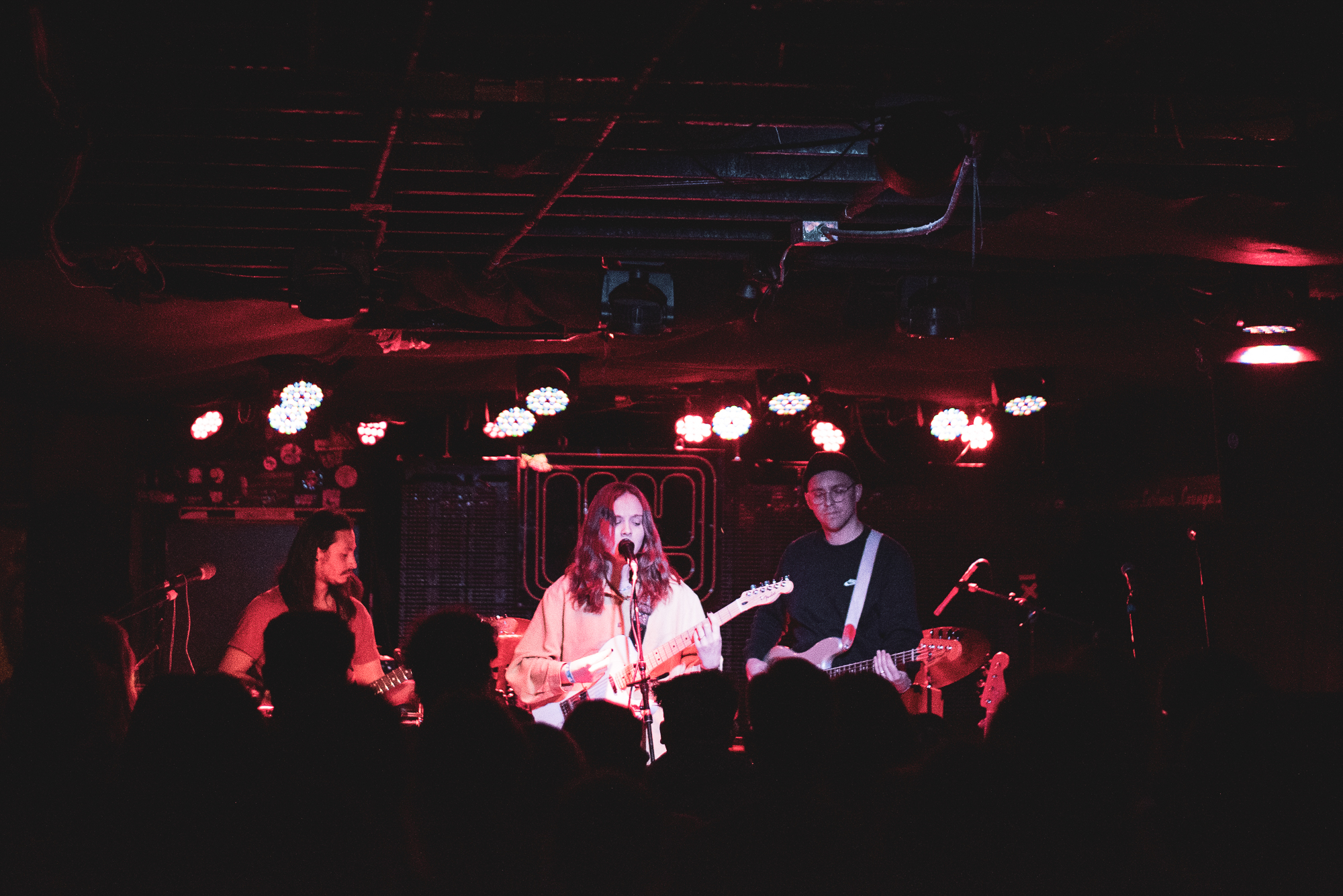 Following the gentle beginning, a burst of energy from the American/Colombian band Divino Niño pivoted the show into a new direction. Their dramatic entrance set the tone for a set full of high-intensity performance. Although a quarter of the set was sung in Spanish, the crowd understood the rhythm of the drums and became familiar with the accompanying melodies. To end their set, the band played a cover of “Mil Horas,” originally by Los Abuelos de la Nada. It wouldn’t be the first time a band performed in both Spanish and English at Larimer Lounge yet it felt progressive for a Tuesday night in Denver. The crowd didn’t mind as they focused on the thing bringing them together in the first place — music.

Before headliners Inner Wave graced the stage, ’80s K-pop entertained the anxious crowd. The music reinforced the notion that even if the language isn’t understood, the music could be felt. When the five-piece band entered the stage, they immediately transported fans to a place somewhere between space and time. The band opened with “One in a Million” and didn’t waste any time playing favorites as they switched to “Rose.” The slick guitars, rhythmic drum patterns and catchy synths created a laidback atmosphere for the crowd to indulge in. 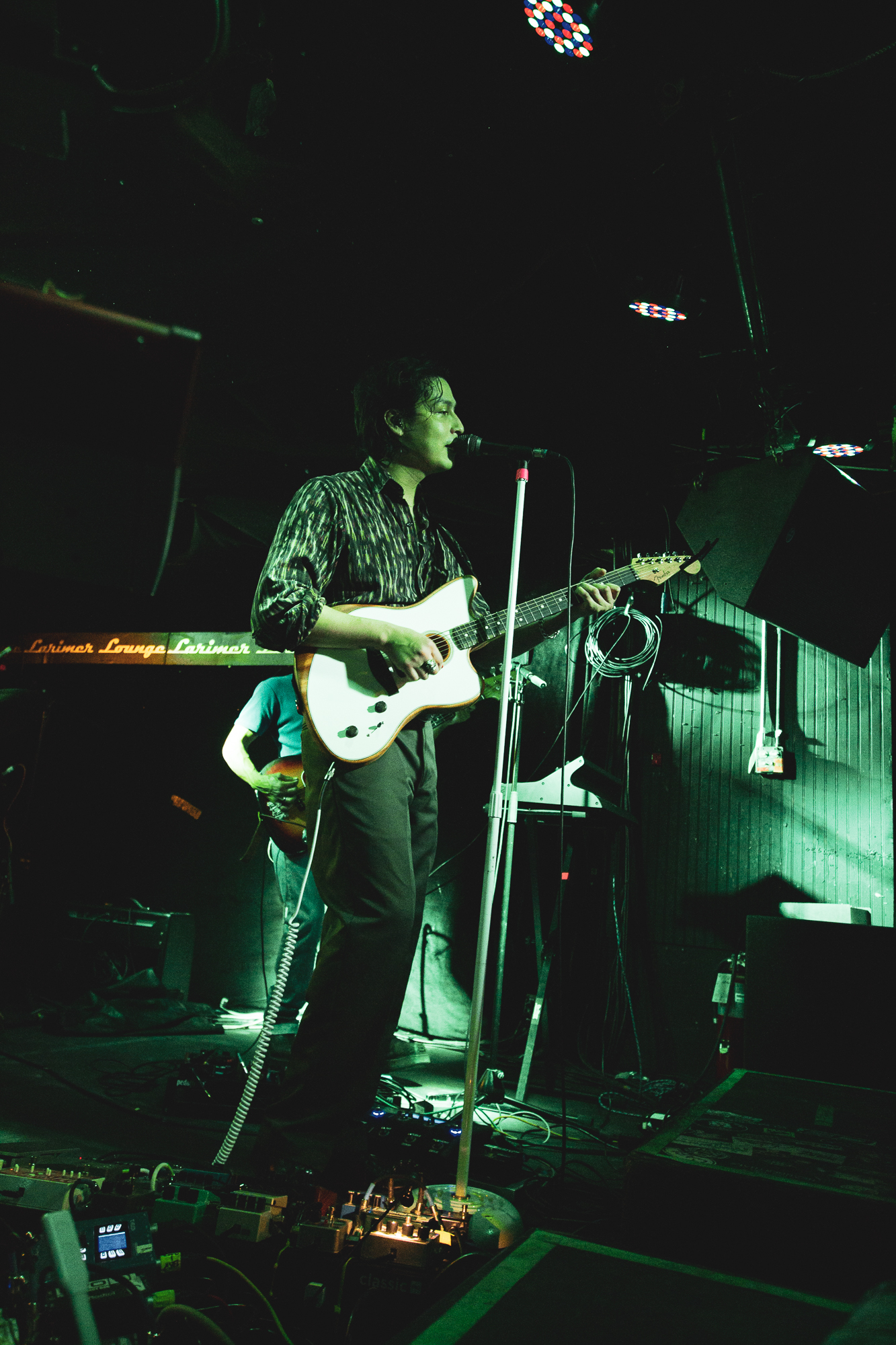 Coming off the release of their latest album, Apoptosis, the lead singer announced they hadn’t toured in two years. However, they didn’t skip a beat as high-energy carried fans throughout the first few songs. After a slew of fan favorites, the night took a weird turn with “Rey.” The pulsing synth and haunting vocals came together for an introspective moment in the middle of the show. Fans gazed on, swaying back and forth, wondering about the next destination.

To end the night, Inner Wave picked a song from the crowd before shredding on the guitar. The lucky fan chose “1 4 2” after the energetic “American Spirits.” The band was in full force as energy transferred between them and the crowd. The sweaty lead singer stepped on an amp to get a better view of the sold-out show, expressing, “You guys are too kind! Honestly, thank you.” The final song ended in a roar of guitar solos, giving the locals all they had left. 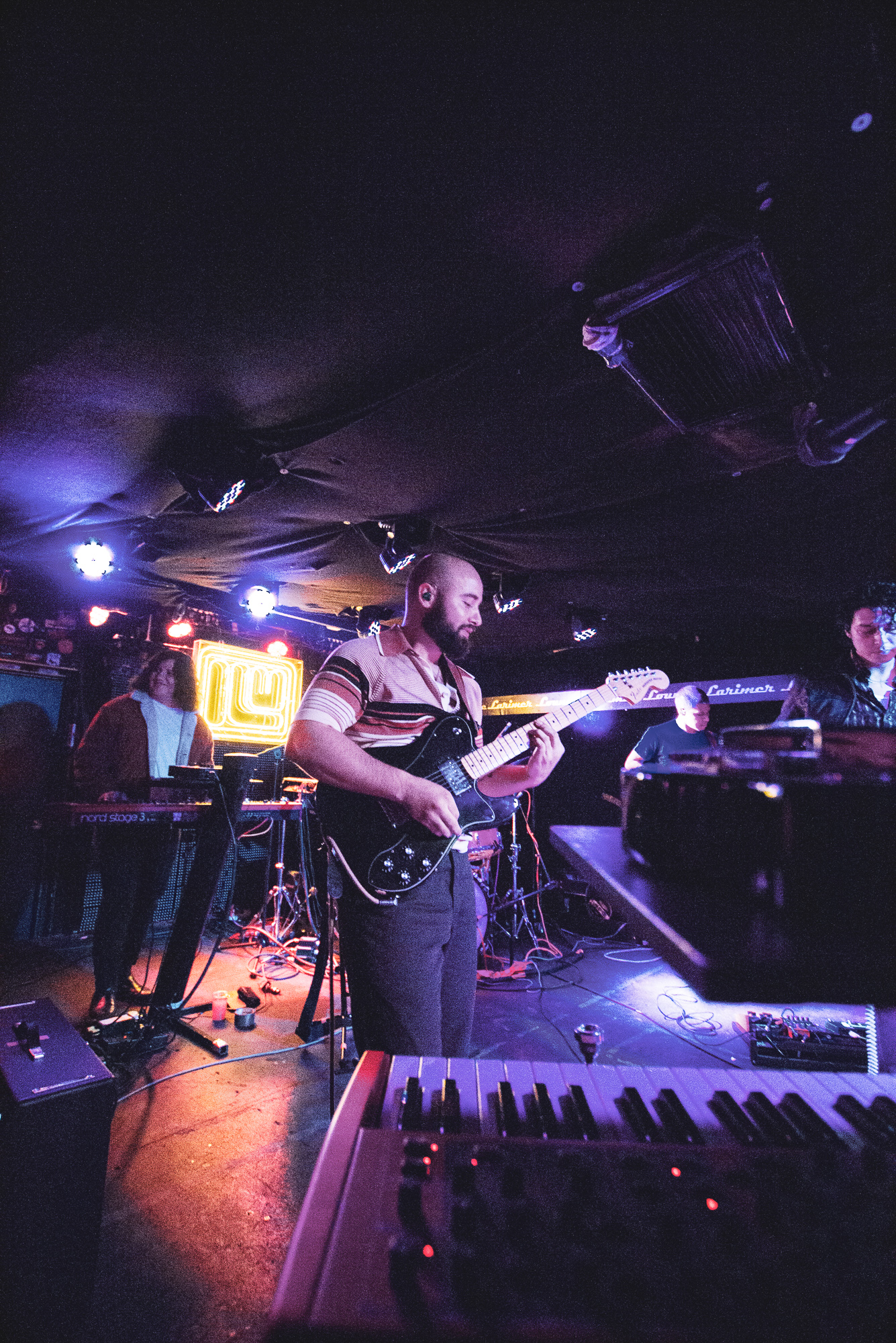 At the end of the night, fans walked away feeling happy to have taken the journey led by Inner Wave. The funk of the guitar, sounds of the synths and rhythm of the drums had the crowd floating mid-air for the entirety of the night. Despite drifting between space and time, not once did the show lose touch with reality. On the contrary, the show brought people together to appreciate the inherent humanness of music. The band high-fived the crowd before the lead singer blew the crowd a kiss goodbye, saying, “We love you Denver.”