Photo courtesy of the Patterson Inn

When Chris Chiari’s doctor diagnosed him with melanoma in his mid-20s, they also told him to stop making long-term plans. So he did. But after more than 10 years of uncertainty about his prognosis, the statistics finally shifted in his favor. His doctors told him to start making long-term plans again — and soon those plans involved opening a cannabis-friendly bed and breakfast at 420 E. 11th Ave. 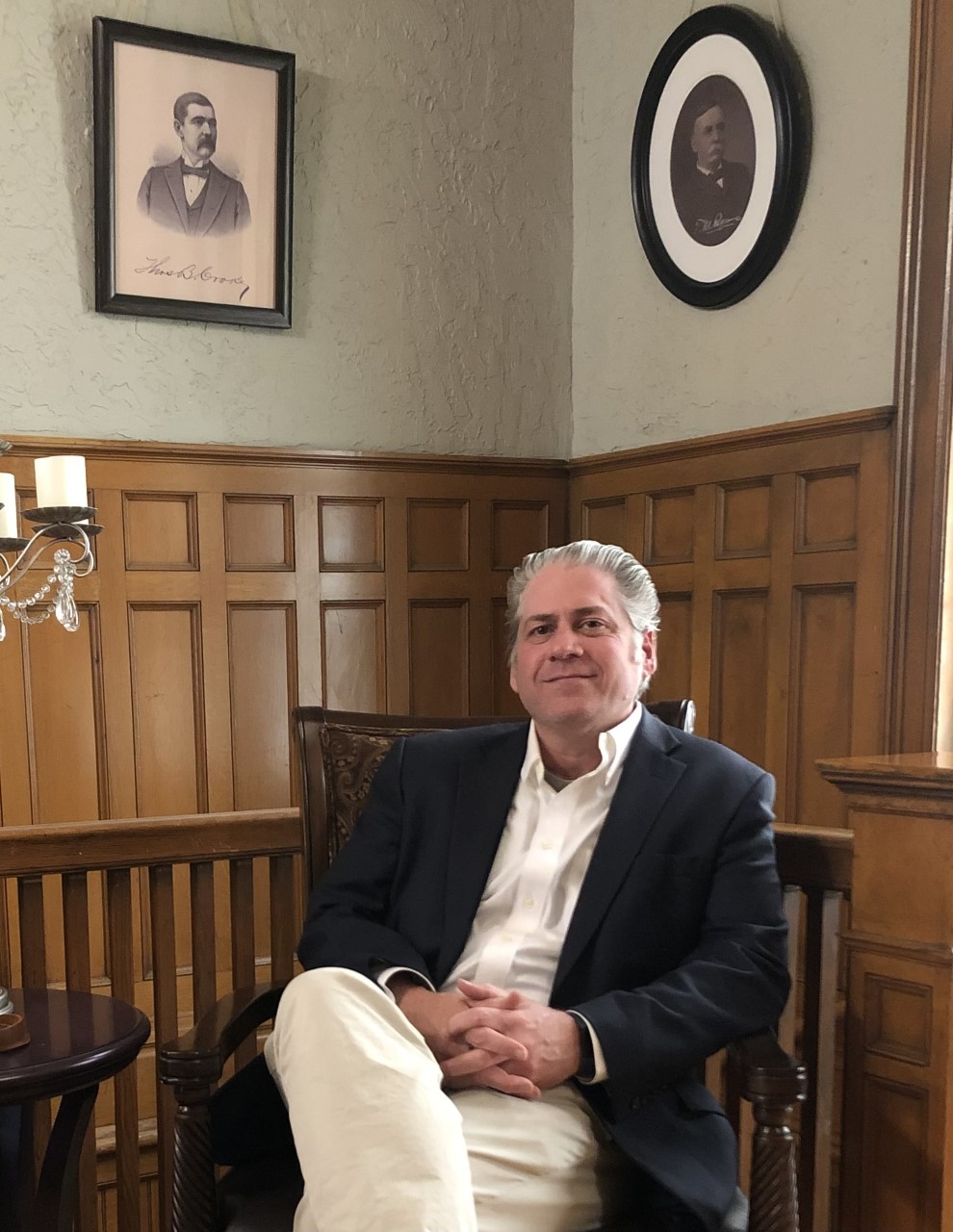 With a new lease on life, Chiari decided that he did not want to carry secrets with him as he focused on his future. So, he sold his house in Fort Lauderdale, Florida, sat down with his father and came clean about a big secret: he consumed cannabis. After calming his dad’s fears and asking for his trust and support, Chiari hopped on a plane to Denver where he saw the Patterson for the first time. Looking at the 420 address, Chiari knew he wanted to transform it into a world-class hotel — and he wanted it to be 420-friendly.

“I flew to Denver a couple of weeks [after I told my dad I smoke pot] and on March 7, 2011, I looked up at the Patterson Inn for the first time,” Chiari said. “It was abandoned. It was a castle. It had the address over the door: 420. And I literally pointed up to the house that night and I said ‘I want to turn you into a marijuana bed and breakfast.'”

At the time Chiari set this goal, cannabis wasn’t legal in Colorado. But he set his sights on that goal nonetheless. Now, 10 years and some months later, he’s closer than ever to making his dream a reality.

Chiari became the official owner of the Patterson Inn back in May 2018. Since then, he’s worked hard to transform the historic house into a four-star bed and breakfast. “The business I bought and the business I own today are not the same business. On paper they are. But what’s been built, what we do around experience for the guest — I’ve worked hard to raise the bar,” he told 303 Magazine while covering a sick employee’s shift at the hotel’s front desk.

To continue elevating the experience of staying at his hotel, Chiari hopes to offer something new to his guests by opening a cannabis consumption lounge at the Patterson Inn. “The goal is to pair sophisticated, licensed, legal cannabis hospitality, with four-star overnight hospitality — which the Patterson Inn already delivers,” he said. The lounge will offer the Patterson Inn’s guests something that they currently don’t have access to when they visit the Mile High: the ability to legally consume cannabis.

Colorado legalized recreational marijuana in 2012 and the first recreational dispensaries officially opened for business in 2014. Since then, hundreds of pot shops have popped up around the Mile High. The local stoner population now enjoys its cannabis without fear of legal repercussions — and cannabis tourism attracts thousands of visitors to the Mile High every year.

Unfortunately, it’s incredibly difficult for tourists to actually enjoy the local cannabis. Public consumption is still illegal, which means you can’t smoke, vape or even eat an edible in a public space, including a park or in your car. But last year, Chiari took the first steps towards increasing access to cannabis for his guests when he became the first hotel owner in Colorado to apply for a marijuana hospitality business license — and he hopes to open his cannabis lounge by the end of this year. 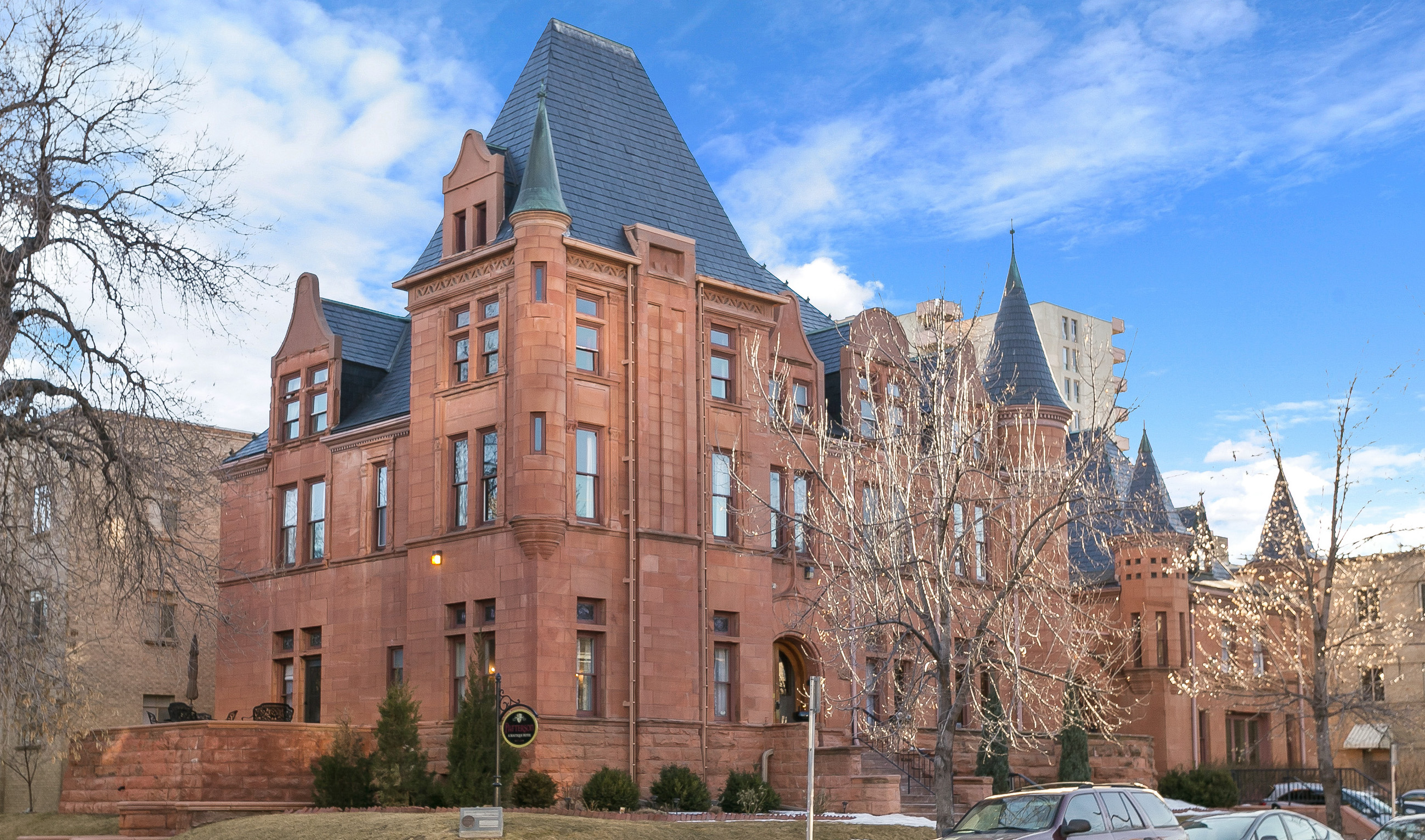 While he still has a fair bit of work to do before the cannabis lounge opens for business, Chiari has a clear vision for the Patterson’s cannabis lounge. He hopes it will be a sophisticated space that offers the Patterson Inn’s guests a chance to experience legal cannabis on their own terms.

“For someone new traveling to our state to engage with legal cannabis for the first time — especially if it’s from a state that is still victimized by prohibition — they’re looking over their shoulder. They’re looking around for that safe space. They’re still aware that what they’re doing, at least where they come from, is illegal. And that sensation, that awareness — we forget it as cannabis consumers here in Colorado, but it’s no less true for the tourist,” Chiari said.

When it opens, the Patterson’s cannabis lounge will operate on a bring-your-own-bud model. “I don’t want to compete against all of the wonderful dispensaries that are a few blocks walk from my property,” Chiari explained. “I want to be the best place to sleep, not the best place to sleep and buy cannabis — other people are already doing that business very well.”

But Chiari sees this as part of the experience he can offer to his guests. For tourists, it’s the perfect chance to peruse the shops in the neighborhood and learn from the local budtenders. For the Patterson Inn, it’s a way to stand out from the other hotels in the area by offering its guests another way to infuse their vacation with an extra taste of the Mile High.

All photography provided by the Patterson Inn.