All Photography by Burke Atkerson

INHERENT, based in Colorado Springs, is a luxury men’s apparel and lifestyle brand that advocates for men’s mental health. INHERENT was invited to showcase its latest collections at New York Fashion Week this Feb. 11-16 as a non-profit partner of Art Hearts Fashion.

INHERENT has served the men of Colorado since April 2021. According to the brand’s website, “both a couturier and a movement, INHERENT proudly partners with local and national organizations helping to build awareness around men’s mental wellness issues like anxiety, depression, stress, and self-doubt.” 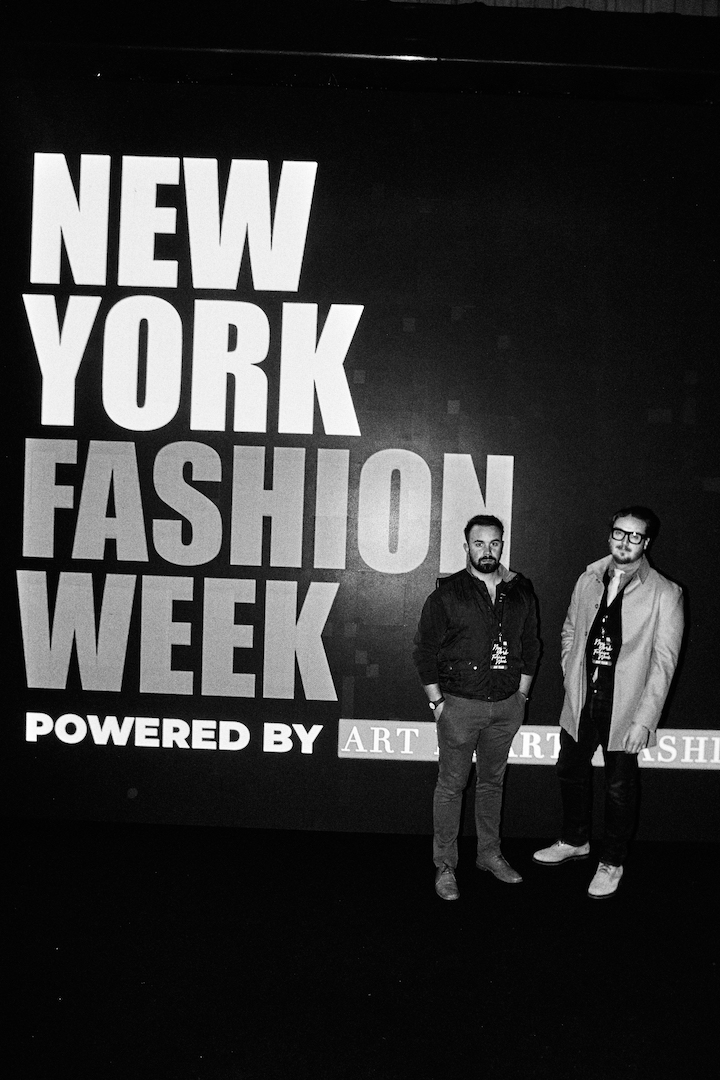 The idea for INHERENT came to mind when Taylor Draper, Founder and C.E.O., was attending therapy with his wife during a time of struggle in their marriage.

His whole life, Draper heard phrases like “man-up” or “be a man,” which discouraged him from showing emotion. “My suit gave me the confidence to go to therapy and talk in a healthy way about what I was feeling and going through,” Draper said.

What began as a side project became his primary focus after receiving a phone call that his best friend from childhood died by suicide. He sold his other companies and went all-in on INHERENT to build a community that instills hope, vulnerability and confidence in men. 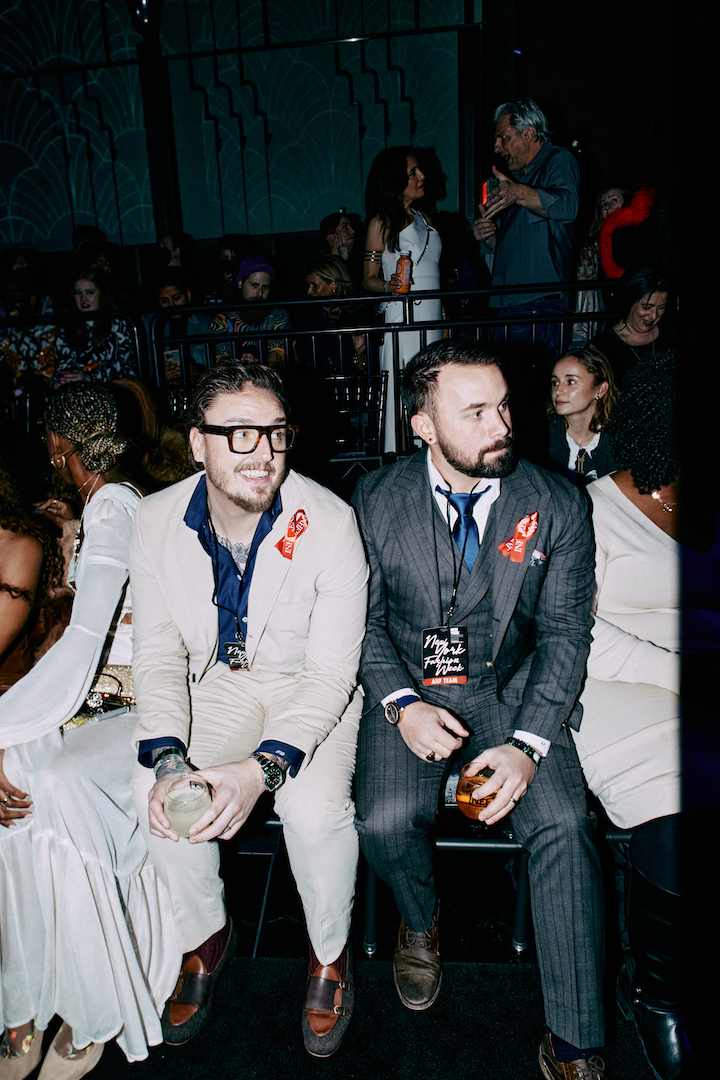 The brand prides itself on helping men find themselves through their style. This mission is defined by their two main slogans, “wearing your heart on your sleeve” and dressed for life.”

“Wearing your heart on your sleeve” means showing emotions very openly. INHERENT uses this phrase to encourage men to share their feelings authentically. The phrase “dressed for life” is symbolic of the power that clothing can have on a person.

“When men wear our clothes, we want it to be more than an outfit, but to be a statement of confidence and a willingness to be their best self from the inside out,” Andrew Perkett, INHERENT Foundation President said. 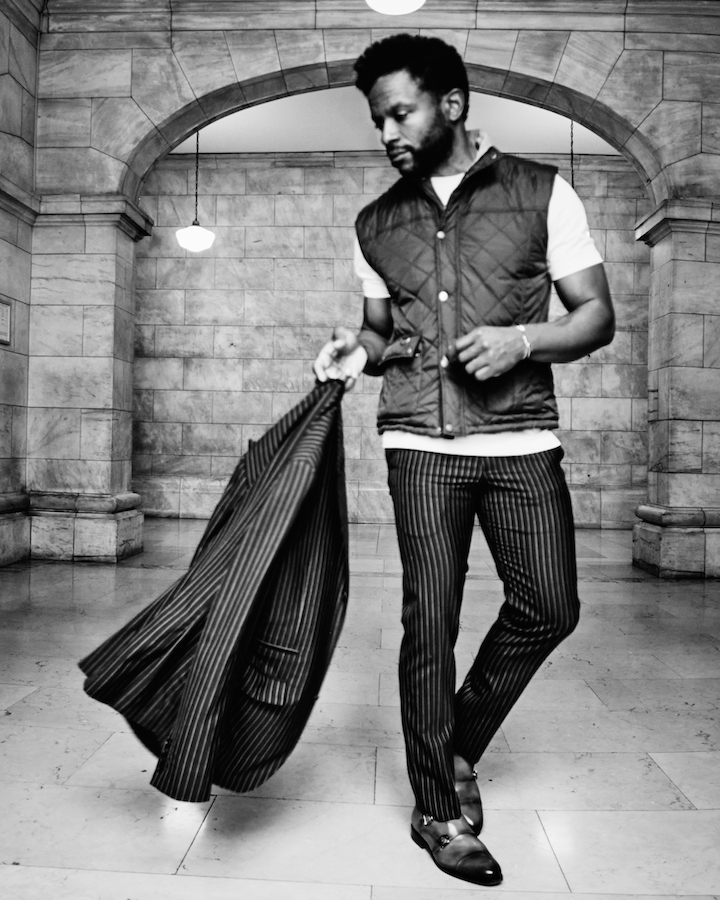 INHERENT is more than a men’s clothing brand. Foundation by INHERENT is the associated nonprofit that supports efforts toward men’s mental wellness. The foundation has held events around Colorado Springs which provide men with a space to talk about mental health.

Their events include monthly forums and quarterly huddles. Forums are cocktail-themed events, where men can stun in their INHERENT suits while various professionals speak on specific topics regarding mental health. Huddles are a time when men can be honest with each other in a safe, non-judgemental environment.

Up next in INHERENT’s journey to inspire men’s confidence is the Workplace Wellness Program. The program is for companies who want to earn the Mental Health First Aid Certification to improve mental wellness in their company.

Art Hearts Fashion is an influential platform known for putting innovative designers at the front line of fashion week. As a distinctive brand experiencing immense growth with quality products and a unique mission, INHERENT was a fitting choice for New York Fashion Week.

In true INHERENT fashion, the brand got connected to Art Hearts Fashion through men helping men. The art director at INHERENT had a former mentee involved with Art Hearts Fashion. He introduced INHERENT to the nationally-recognized platform and a partnership built from there. 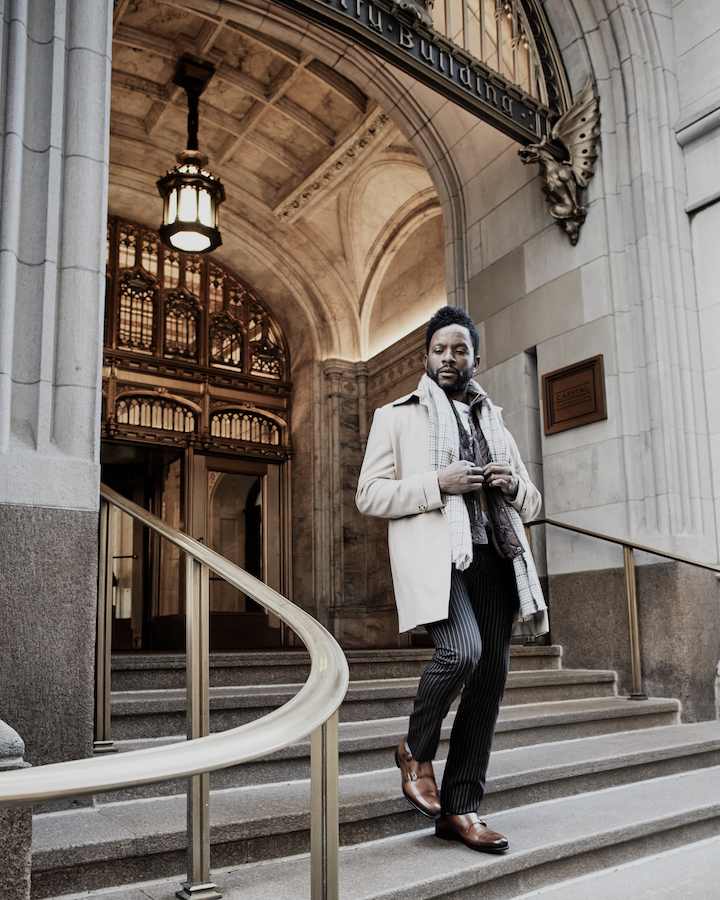 The Art Hearts Foundation introduced the fashion industry to INHERENT during New York Fashion Week. From INHERENT, Draper, Perkett and photographer Burke Atkerson was present at the event.

The INHERENT commercial, featuring brand ambassador Mojean Aria, played on all screens 2-4 times per night throughout the week. The video introduced the brand and its purpose while showcasing clothing from the AUTHENTIC by INHERENT and STEVE McQUEEN by INHERENT collections.

“So many individuals were fascinated by it and approached us with some great conversation,” Perkett said. 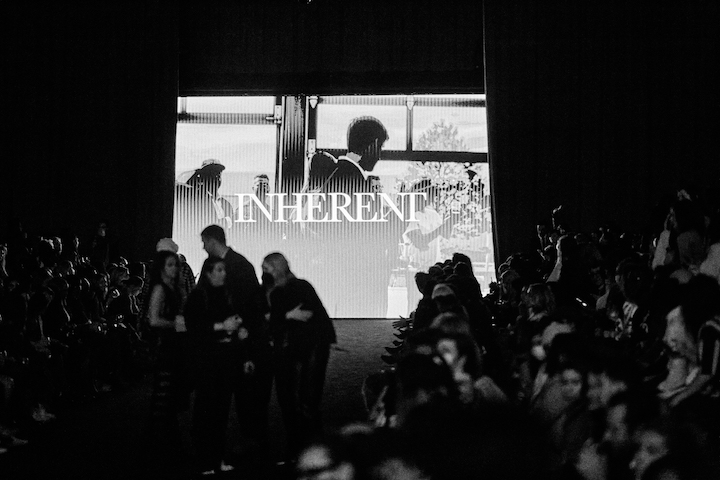 As fashion was celebrated on the runway, several members in the audience could be seen wearing pins that represented INHERENT’s “Wear Your Heart” campaign, which was designed for fashion weeks. The INHERENT and New York Fashion Week staff and many VIPs wore the heart pins over a red ribbon.

“It was an introduction to the brand by embodying the things we wear represent our authentic selves,” Draper said. 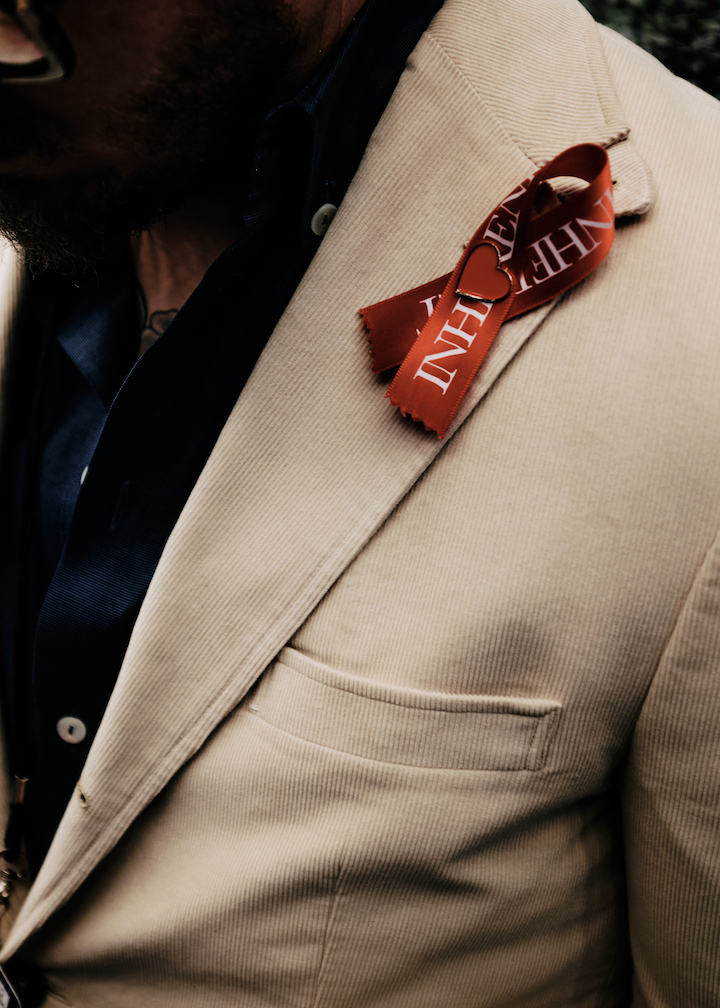 INHERENT’s experience at New York Fashion Week only confirmed that many are ready to see a change in how men’s mental health is approached. “They all got behind Inherent’s vision within seconds of us explaining the brand. The work we’re doing is incredible and needs to grow into a global movement,” Draper said. 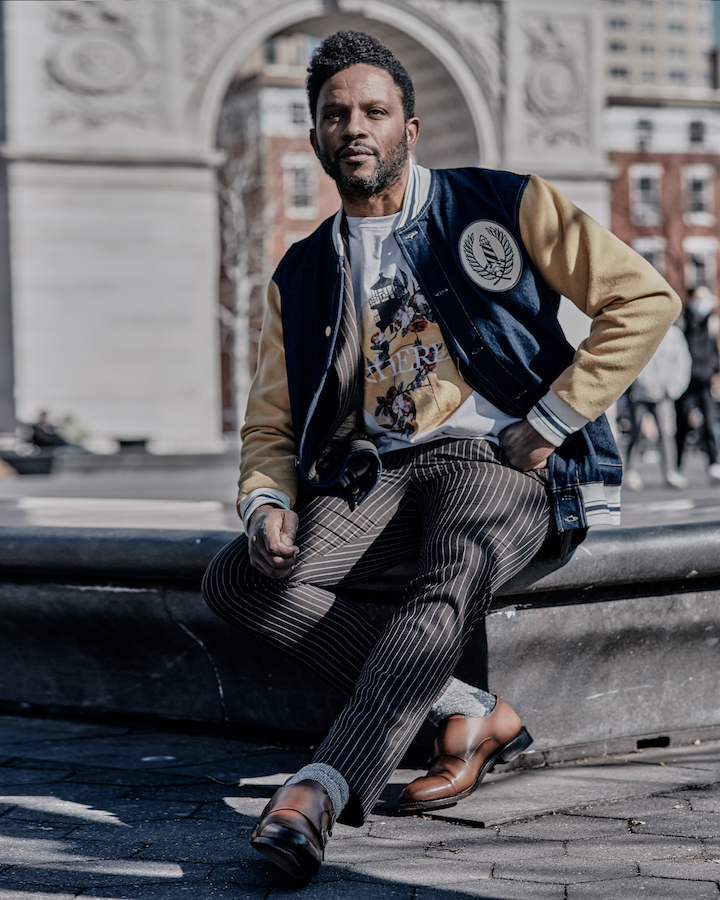 Moving forward, INHERENT will honor its Colorado roots as it prepares for Denver Fashion Week on Apr. 3-10. Draper plans to incorporate more of Foundation by INHERENT during the fashion week.

“Denver can expect an amazing show from INHERENT,” Draper said. “I’m going to be designing everything personally, and couldn’t be more inspired from New York.”

All photography by Burke Atkerson.