A chef’s kitchen seems like a closed-off place, especially being known as the “back of house” when all the patrons frequent the “front of house.” It remains hidden while bits and pieces of what goes on come forth on the plates, giving insight into the creativity, imagination and life breathing among the stovetops. However, restaurants began implementing open kitchen concepts allowing drifting eyes to peer into the workshop with chefs dancing through the place with unparalleled rhythm. Chef Tajahi Cooke takes this evolution and breaks down the doors for even more interaction between front and back of house. He seeks to continue his ways at Arvada’s newest food hall – Freedom Street Social — which is set to open in early April. 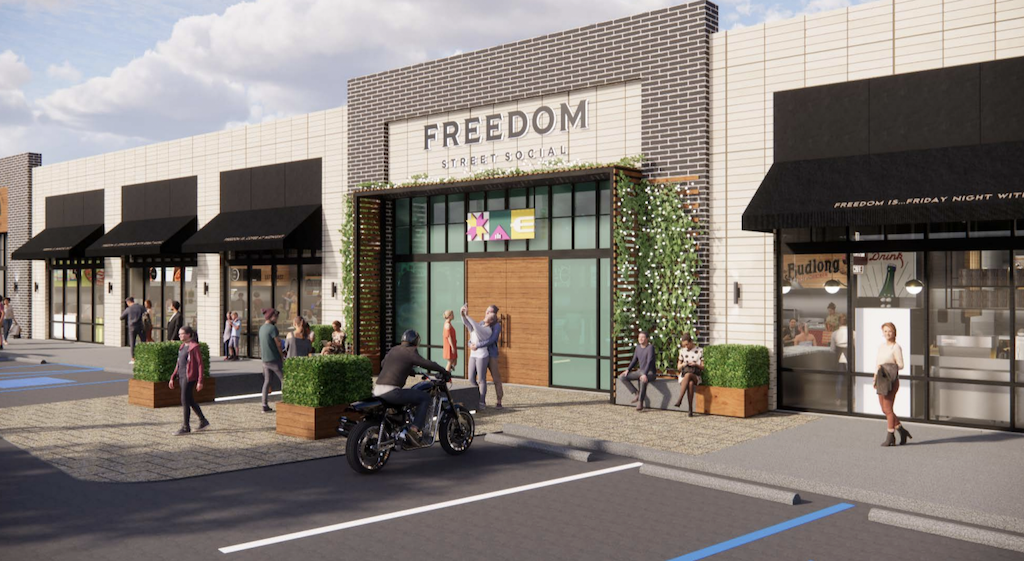 While he’s been in the Denver food scene for some time, Cooke’s vision of community through food truly took off with his homage to his grandma at his monthly pop-ups – The Supper Club. In a strange time of detachment through the limbo of COVID, Cooke partnered with local chefs to curate a thoughtful menu to bring that compassion and care to those that yearned for it most. Mingling with Denver’s most distinguished chef – Frank Bonanno, Kelly Whitaker, Hosea Rosenberg, Natascha Hess and Jesusio Silva to rattle off a few – they collectively made tastebuds salivate and conversation flow. Multiple dinners resulted in donations toward Sophie’s Neighborhood – a local foundation in support of those affected by a rare degenerative bone disease (Multicentric Carpotarsal Osteolysis Syndrome) and created by the Rosenberg family who experience it first hand through their daughter Sophie. This was a stepping stone to Cooke’s ultimate goal of constructing a restaurant around pushing expectations by rotating chefs, recipes and dialogue monthly. With a trusted team alongside him, this aspiration transcends to reality in only a few month’s time. 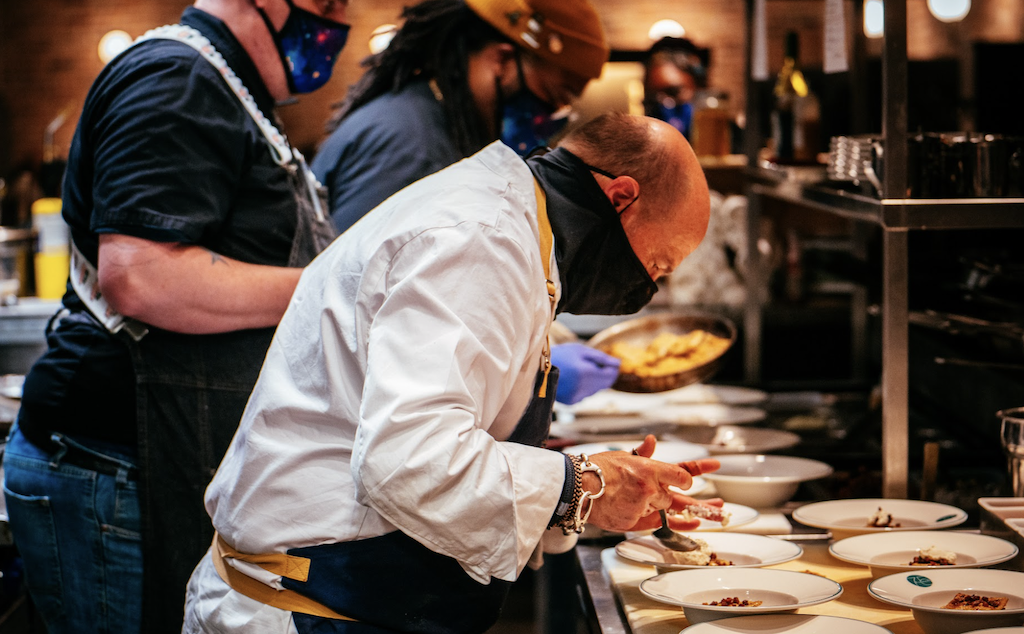 “It might surprise some that aren’t in the business, but the best part of the restaurant industry is the connection,” Cooke said. “I grew up traveling on the road with my dad – who was in a bad place at the time – and the most beautiful part was waking up in a new city, meeting people I’d never met before.” 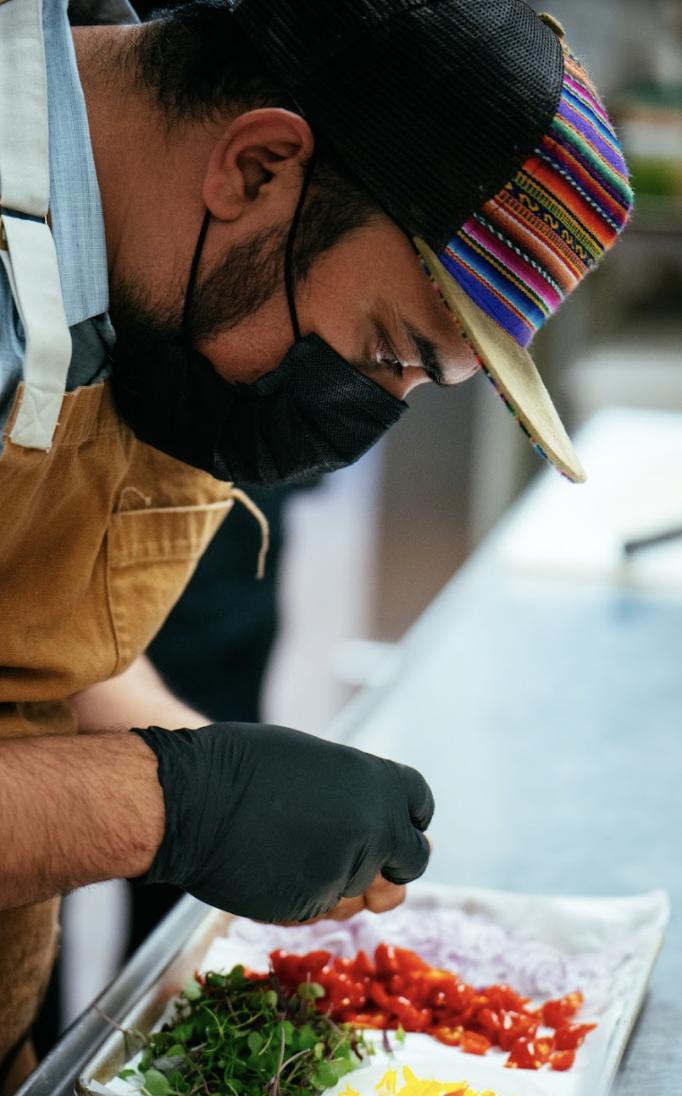 In a lot of ways, today that same excitement seems lost – with divisions finding ways to keep people isolated from ideologies to epidemiologies. Regardless, Cooke doesn’t perceive this as the outcome, rather as a push to evolve. Thus, he began calling on friends, colleagues and locals of all sorts to unite in his kitchen to contribute to a melting pot ready to boil.

His Supper Club’s reach extended beyond the confines of Denver to surrounding itself with ducks on the Black Cat Farm in Longmont to Boulder’s renowned restaurant Basta. But with this new permanent space, his stretched hands touch further by welcoming in chefs from the coast to across the pond. The cultures will file in like teams at the Olympics. While no scores will accumulate from these dinners – it’s a learning and showcasing experience undoubtedly so. 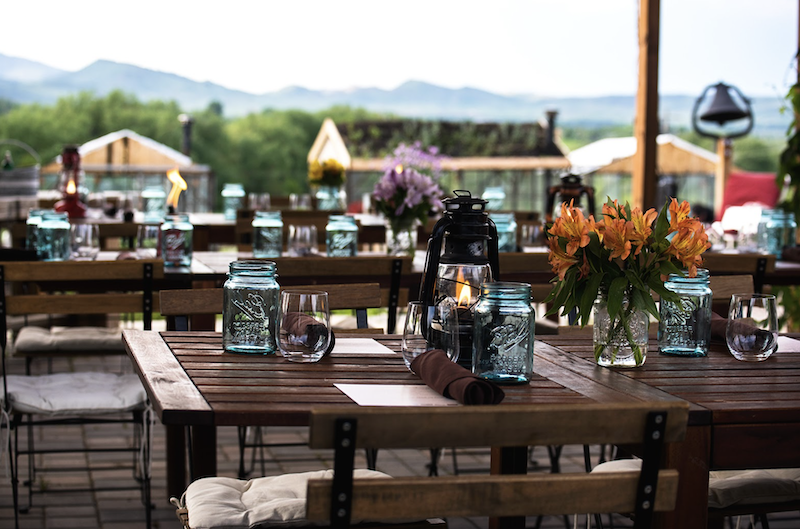 A rockstar in the eyes of most that meet him, Cooke brushes off any acclaim as leader or captain. It wasn’t the limelight he searched for, but rather people with new ideas and perspectives. He’s the gatherer. The one that brings these minds together as equals to share in these moments rather than be riddled with competition and angst. 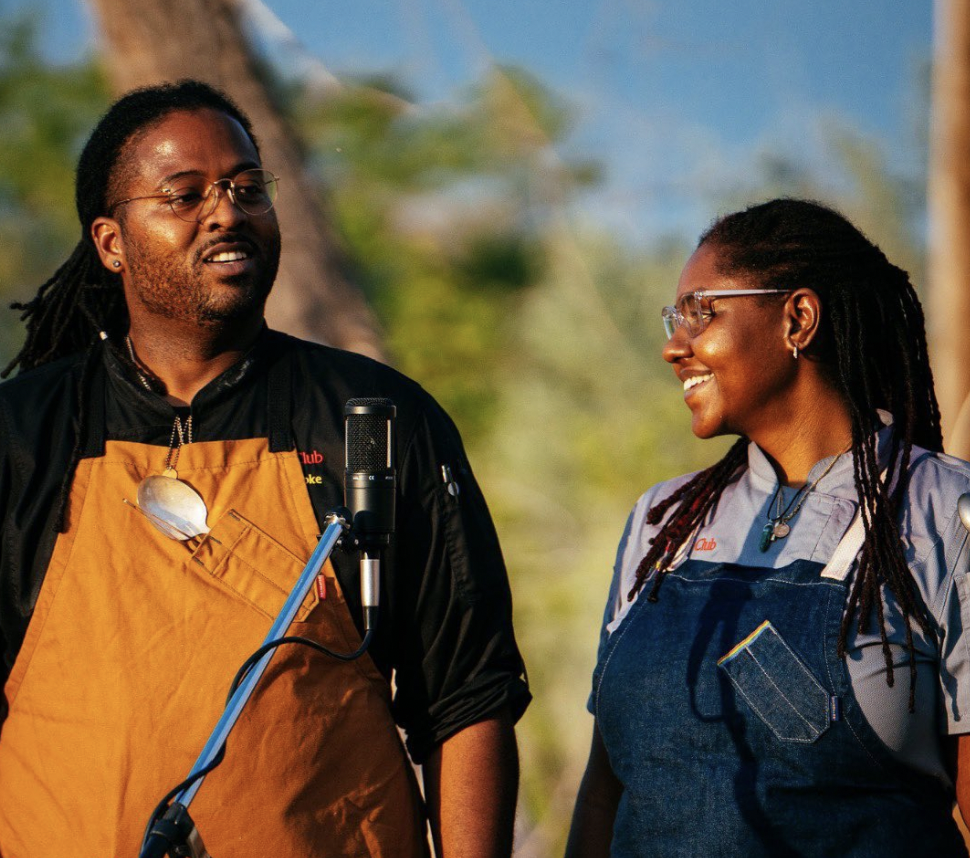 Cooke and his wife Danielle. Photo by Jeff Fierberg.

“We can accomplish so much together; that competition can blind us from that. Ultimately – one hand can’t clap, one wing can’t fly, but together we can soar,” he said. Friends of Cooke know this phrase all too well as it represents his care for interdependence. He won’t be found in a silent kitchen or one of his own. Rather, his wife Danielle is there in the heat and together they excitedly welcome new fresh faces into the mix. This journey together in Arvada has only just begun and luckily people say that’s the most important part.

There is no better home for this altruistic concept that looks to bring folks in and leave them full with ideas, memories and, of course, a full stomach than one with Freedom in the name. It rejects any limits that this chef could restrict itself to. They are free to welcome in anyone to add into their conversations and this collective. 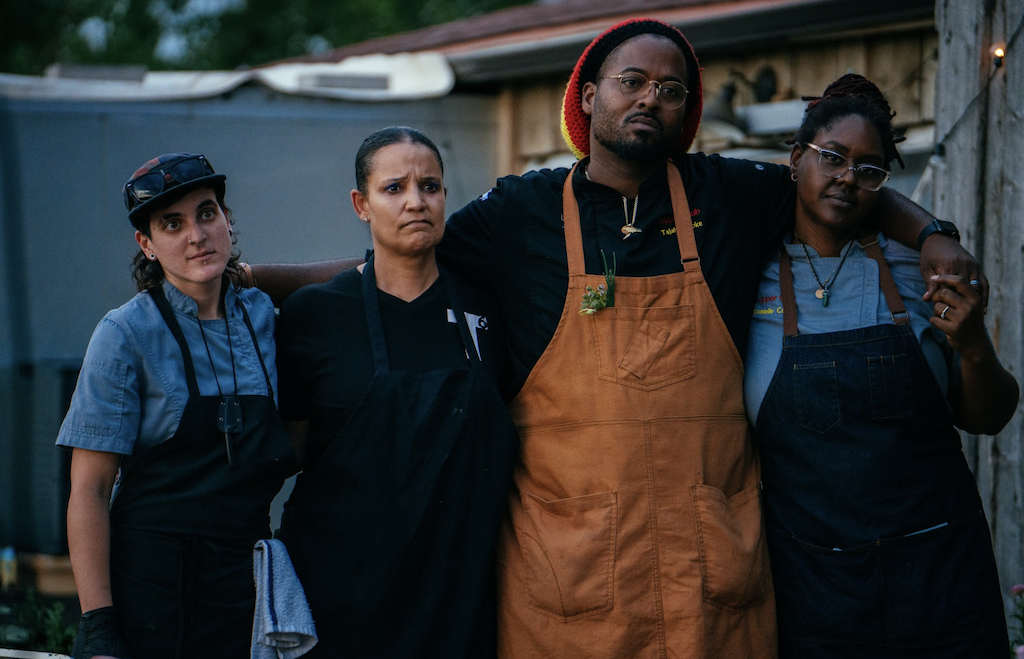 Freedom Street Social houses eight vendors in addition to Cooke’s Chef’s Kitchen. The Chef’s Kitchen concept encompasses more than most in a food hall. It starts with a breakfast concept running for a morning pick-up. Then, it transforms to the intimacy of a Supper Club at night with the rotating chef of the month putting their version into effect. Since the magic of the original Supper Club can’t go into retirement just yet, the first Friday and Saturday of each month will be a mingling of Cooke and his guest chef for a special curated menu.

READ: Tajahi Cooke Continues To Create Community Through Meals at the Supper Club

Keep up with Cooke because last week he competed on Food Network’s “Chopped.” Who knows, maybe one of his competitors will be by his side again but this time at Freedom Street Social.

Freedom Street Social is located at 15177 Candelas Pkwy., Arvada. It will be open from 10 a.m. to 10 p.m. daily. Chefs interested in joining the collective can submit an application here.

Editor’s Note: The article originally stated Freedom Street Social was set to open in February. It has now been moved to April.