Award-winning country artist Thomas Rhett is heading to Colorado’s favorite outdoor venue, Red Rocks Amphitheatre, this August. The country star took to Twitter this morning to announce his 30-date “Bring the Bar to You Tour,” which will take him across the country starting in June, and running through October.

The world of live music is still in flux as the industry navigates adjusting to the new normal of mask mandates and social distancing. But Rhett’s fans can take comfort in knowing that much of the tour will see the four-time Grammy nominee taking stages at outdoor amphitheaters around the country—providing ample opportunity for social distancing until Fall weather will see performances shift to indoor venues to close out the tour.

The tour comes in support of Rhett’s upcoming album, Where We Started, which the country artist announced last week. The album will feature a yet-to-be-released track from which the tour takes its name “Bring the Bar”—the album is due for release on April 1. 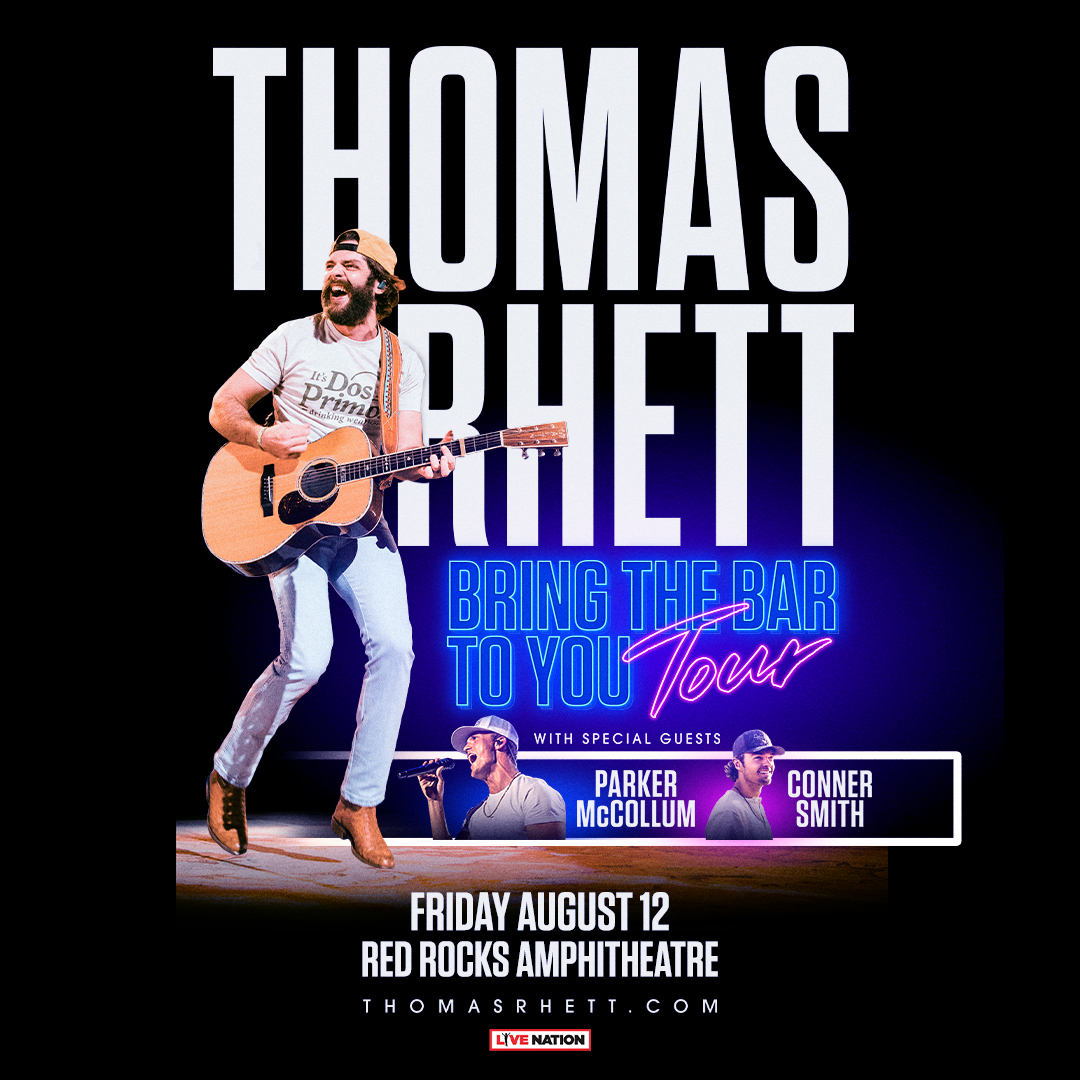 Thomas Rhett will perform at Red Rocks on Friday, August 12. Tickets go on sale Friday, January 28 via AXS. You can sign up here for notifications and reminders regarding tickets to this show.