Frank Bonanno has been around the block when it comes to building Denver’s restaurant scene — especially with the Denver Milk Market, a renowned food hall in the heart of the Ballpark Neighborhood. His repertoire ranges from the fast-casual sub shop Salt & Grinder slicing house-cured salami, to the eloquence of contemporary American cuisine at Mizuna featuring a Beef Wellington that Gordon Ramsay would applaud. Chef Bonanno’s essence has provided many Denver neighborhoods with an abundance of food. While the concepts differ, a sense of French remains with him. Thus, when he finally announced the re-opening of French 75, long-time guests were excited to book their regular reservations once again. 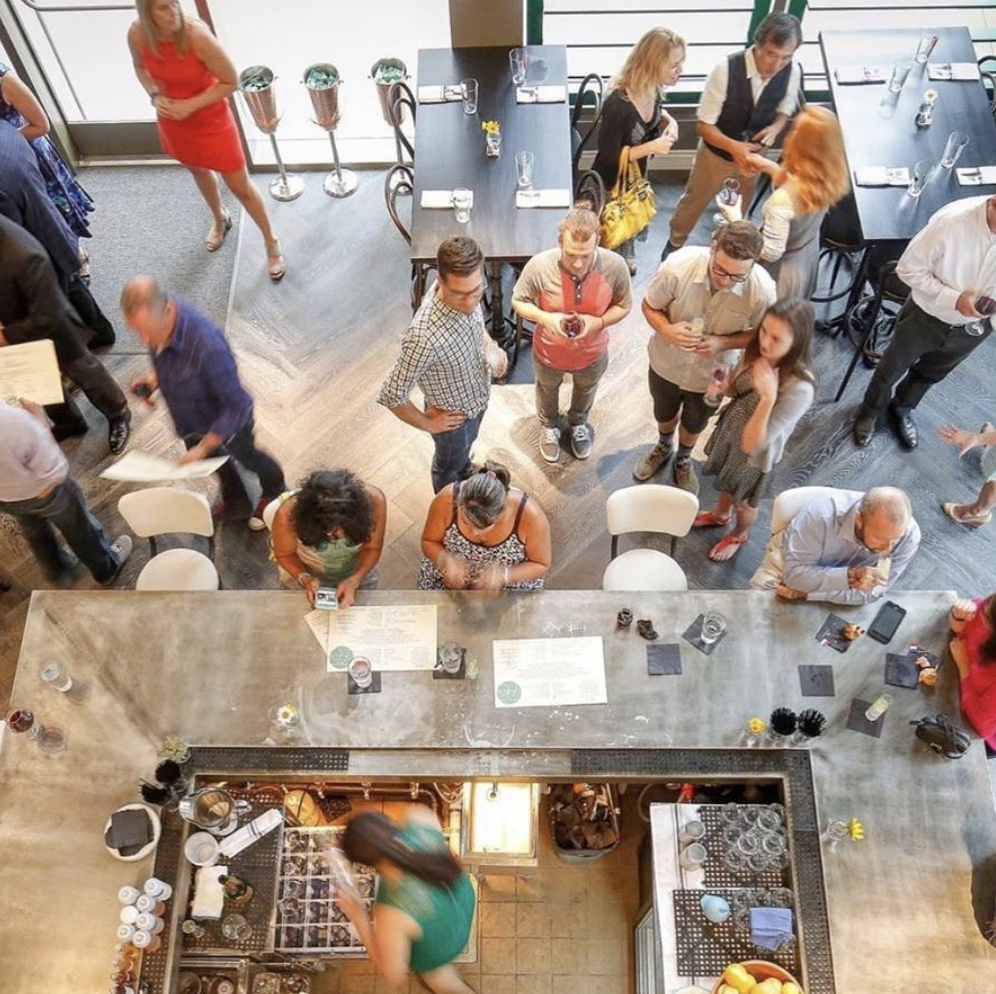 While closed for normal programming, French 75 didn’t lay dormant. Bonanno maintained his ties with the community by creating a pop-up location for The Supper Club Series. He cooked alongside Taj Cooke – leader of the club – as if they belonged in the kitchen together. But, the return was inevitable. 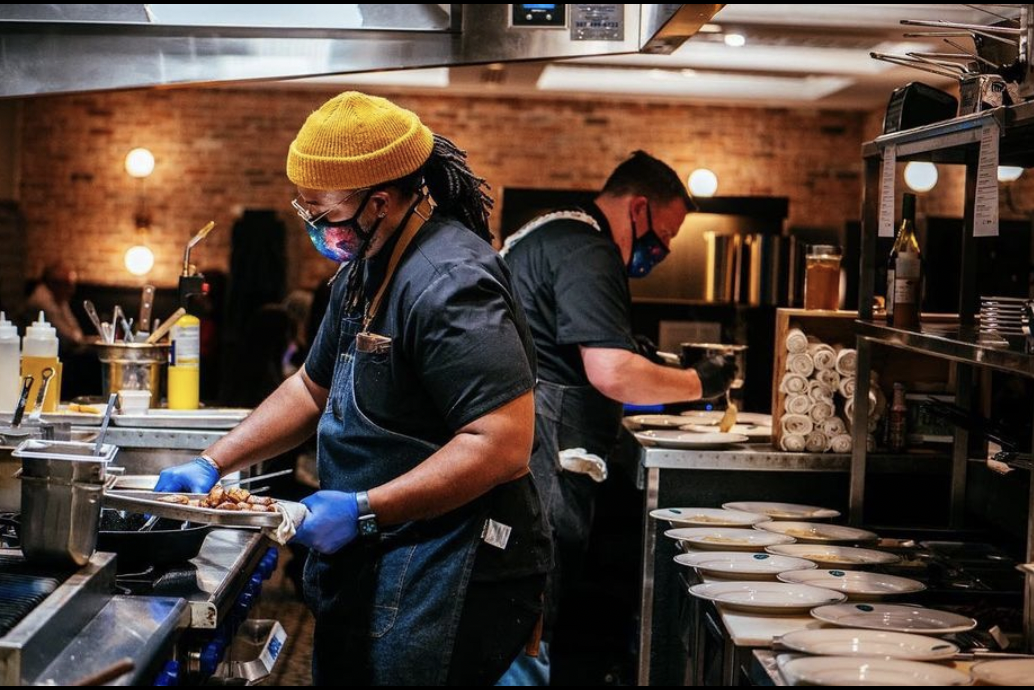 French 75’s initial opening day may have been clouded by the haul that ensued with bringing one of Denver’s first food halls to town, the Denver Milk Market. The management of 16 opens took a toll on the opening of one.

“This reopening feels better than the first time around,” Bonanno said. “French maybe didn’t get the attention she deserved — and that room is gorgeous. It deserves some attention.”

The space lives up to Bonanno’s acclaim, with the elegance of tall booths allowing each table to feel as though the restaurant is all theirs. The exposed kitchen showcases chefs diligently crafting flavors and plating their final touches. Diners pass by with gazing eyes as they find their seats. As the night goes on and the dining room swells with noise, the bar is also a prize seat to see the mixologist demonstrate their artisan works – which may include the drink yielding the same name as the spot. 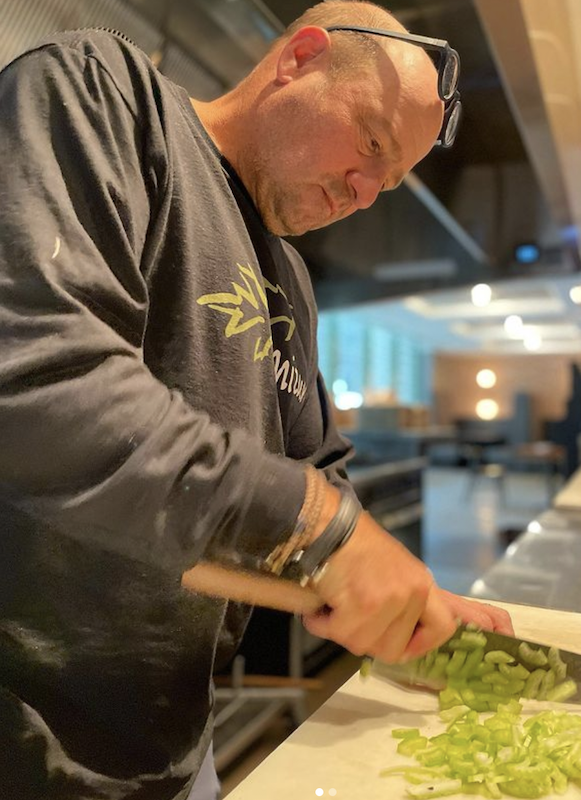 This time off allowed the team a reset – allowing more excitement to brew around the opening. In the eyes of Bonanno, “Alec, the opening chef, is balanced, thoughtful and super talented. Jen and Laura reclaiming their space as managers at French 75, Joel, our Milk Market dishwasher, is working in maybe the world’s tiniest dish pit as his second job. Lee, Mizuna’s sommelier, curated the wine list.” The team is set and the caliber of professionals exceeds Bonanno’s expectations.

When it comes to the menu, Bonanno ensures long-time regulars will be satisfied with the return of the Mussel Frites ($16). The large steaming plate arrives piled high. The vibrant orange peaks through each shell and awaits being dunked through the garlic white wine sauce. The broth is more beloved than a grandma’s chicken noodle on a chilly afternoon. The fries swim as noodles would. Then, each golden nugget mussels brightens up with the touch of lemon.

The same goes for the French Dip ($20). While not entirely a french derivative dish, this American sandwich is a menu staple. The thinly sliced ribeye still showcases pink pieces even after dips in the heat of the au jus siding beside it. While the meat might be a pivotal element, the bread is no less important. 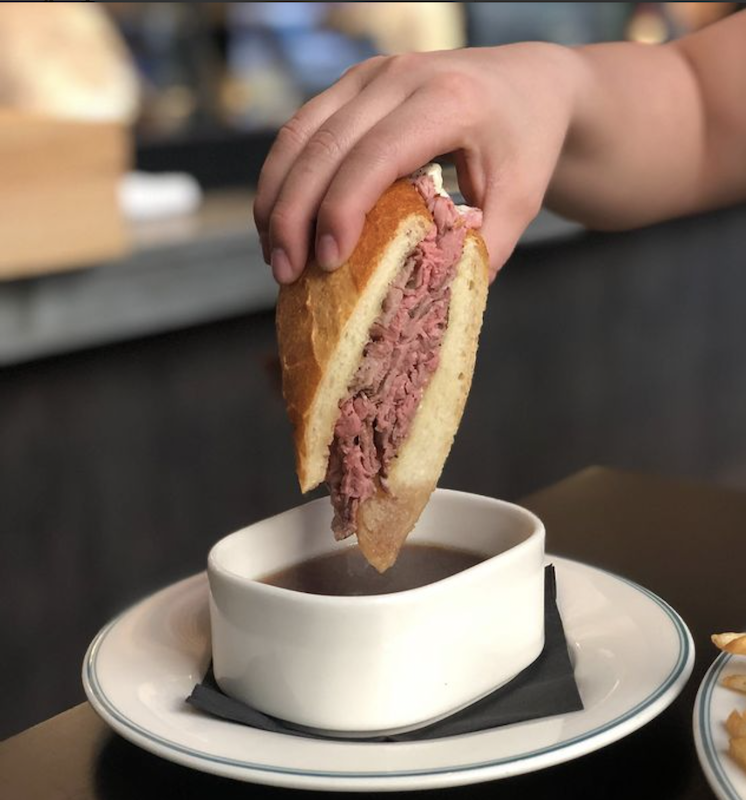 Newcomers will expect the old sole meunière, but instead they discover the bubbly crust of Vegetable Egg Rolls ($12) or the tender Shrimp Shumai ($15). Bonanno’s enthusiasm comes alongside his Bones’ Lobster Ramen ($24). It radiates a happy melding of different flavor profiles he displays throughout the menu. The saltiness of the miso complements the pieces of lobster. However, to stay aligned with the french effervescent they added an extra pad of butter or two.

A piece of French 75’s soul rests in the return of its pasta. The fussiness fades for satisfying dishes to stay. The chef reinvents the coziness that came from his lobster mac and cheese. Frankie’s Tagliatelle ($23) consists of handmade ribbons of pasta are tossed into a decadent béchamel. Instead of just being the base of a plain macaroni and cheese, it holds an extra bit of funkiness with gruyere and bits of country ham. These little touches accent his menu and add to the enthusiasm of the staff.

There were qualms about reopening a restaurant in Denver’s financial district with threads of continuing as a ghost town as it has the past couple years. However, Bonanno knows better. “People are hungry. Literally and figuratively. Denver is hungry, and they don’t need to work on that block to want to come to French 75,” he said. 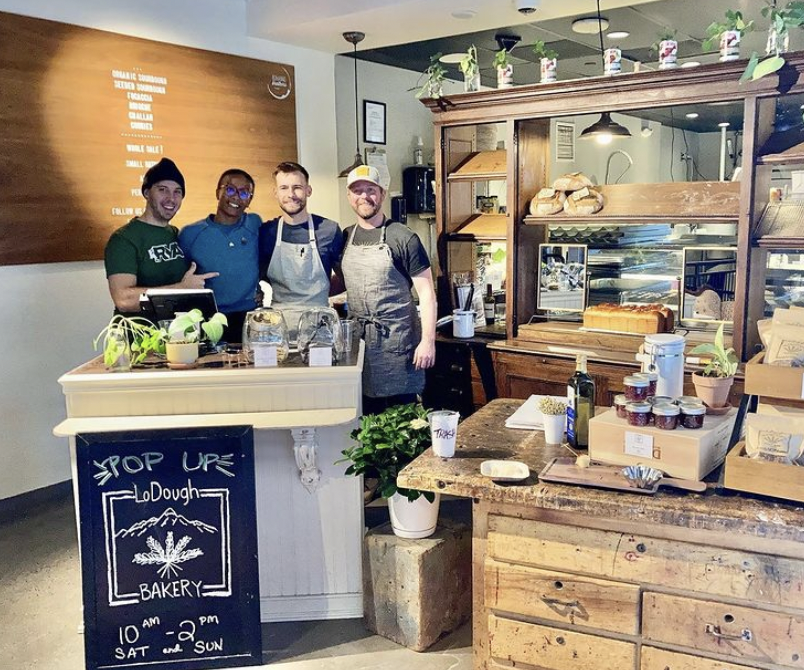 LoDough – the Bakery concept from a former Bonanno chef Kratzer that still has ties to the other concepts. Photo courtesy of LoDough.

The doors welcome customers with open arms just as the city does with this grand reopening. But this isn’t stagnation for Bonanno Concepts. Rather, the Dairy Block expands with a bakery headed by one of his previous chefs – Jan Kratzer. With so many restaurants – it was about time his bread purveyor was one of his own.