All photography courtesy of Birch Road.

A little over two decades ago, Kim Bosse took it upon herself to befriend the “new girl” in her fourth grade classroom. At the time, she had no idea Sharon Provins would become her best friend and eventual business partner. The duo instantly clicked when they discovered that they both lived on the same little Chicago suburban street, Birch Road, and shared many other commonalities as well. Throughout elementary school, high school, college and beyond, Bosse and Provins, now both 42 years old, remained close, and together they officially opened the first Birch Road social space in 2014. 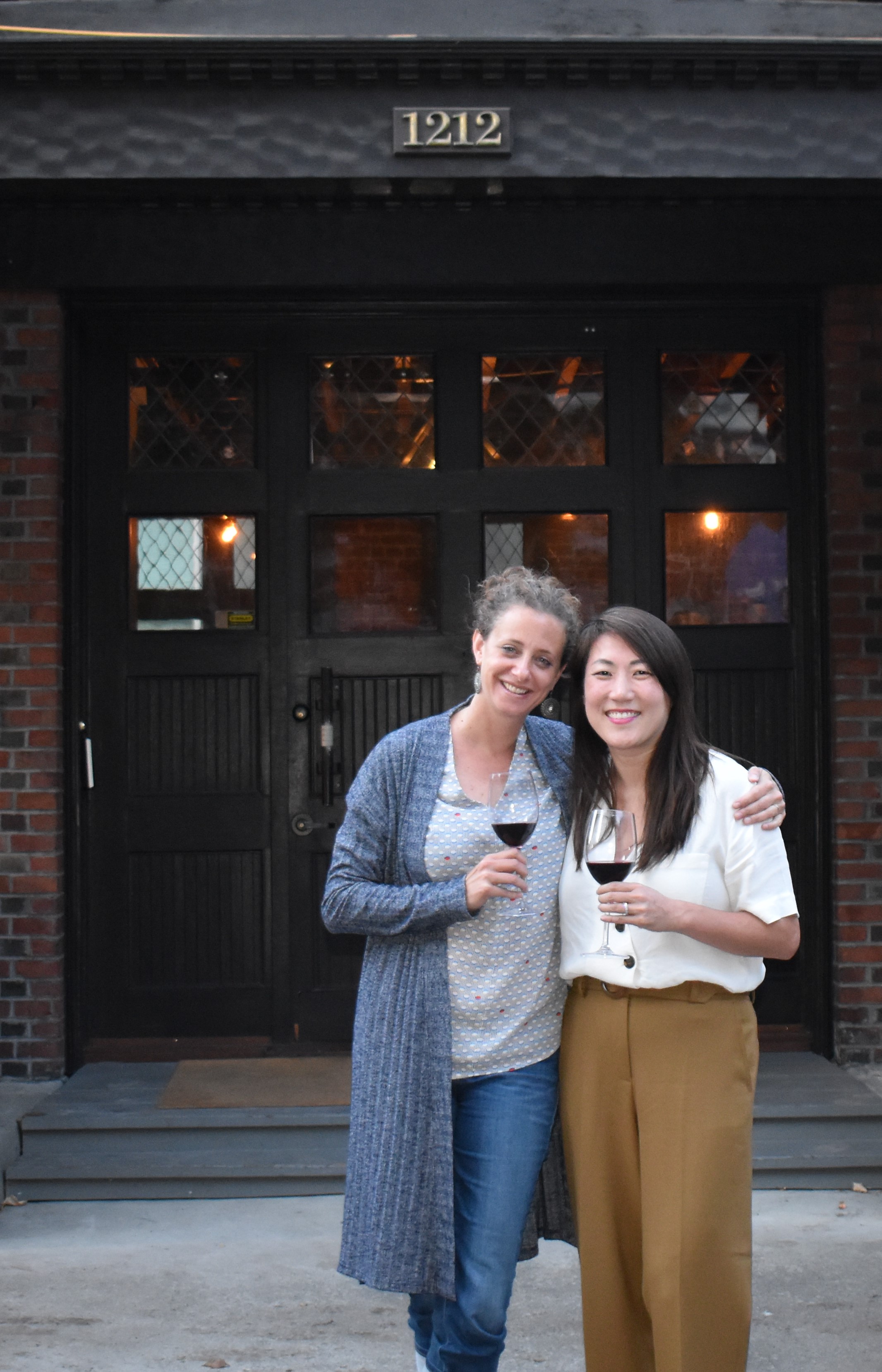 Kim Bosse and Sharon Provins share a glass of wine outside of the Seattle Birch Road location.

Birch Road is a fun, collaborative, inclusive space for friends to catch up and let loose without the hassle of waiting in long lines at crowded bars — and it’s coming to Denver’s Highland neighborhood in just a few months.

“It’s a little bit of creating the adult version of what we had as kids,” Bosse said. “You know, you went out and hung out and played with whoever was around. You went on adventures together and whoever had an idea it was like, great, let’s go do that.”

While the inspiration for Birch Road had been unknowingly nurtured for over two decades of friendship, it wasn’t until 2012 that the ideas solidified when Bosse and Provins met up to drink, talk and hang out. As they continued to talk it became clear that the women both craved career changes. Although it’s not uncommon to drunkenly fantasize about opening a hip, new bar with your friends, Bosse and Provins didn’t only “talk the talk,” but they also proved they could “walk the walk.” Their visions became a reality with the first Birch Road opening in Chicago’s Lincoln Park neighborhood in 2014. Except for this wasn’t just any bar, together they created a fun BYOB hangout spot and event space.

“We kind of just came up with this idea of this magical place that we could just go that was out of the house and away from kids and husbands and things like that. A place where we could open a bottle of wine and talk all night and just do what we wanted to do,” said Bosse.

“It’s really like the best night out, that’s the perfect night in,” Provins added.

Since the first time the two spoke of the idea in 2012, there are now two locations in Chicago and one in Seattle, over 500 members, and a fourth location on its way. And where better to open up the fourth Birch Road location than right here in Denver? 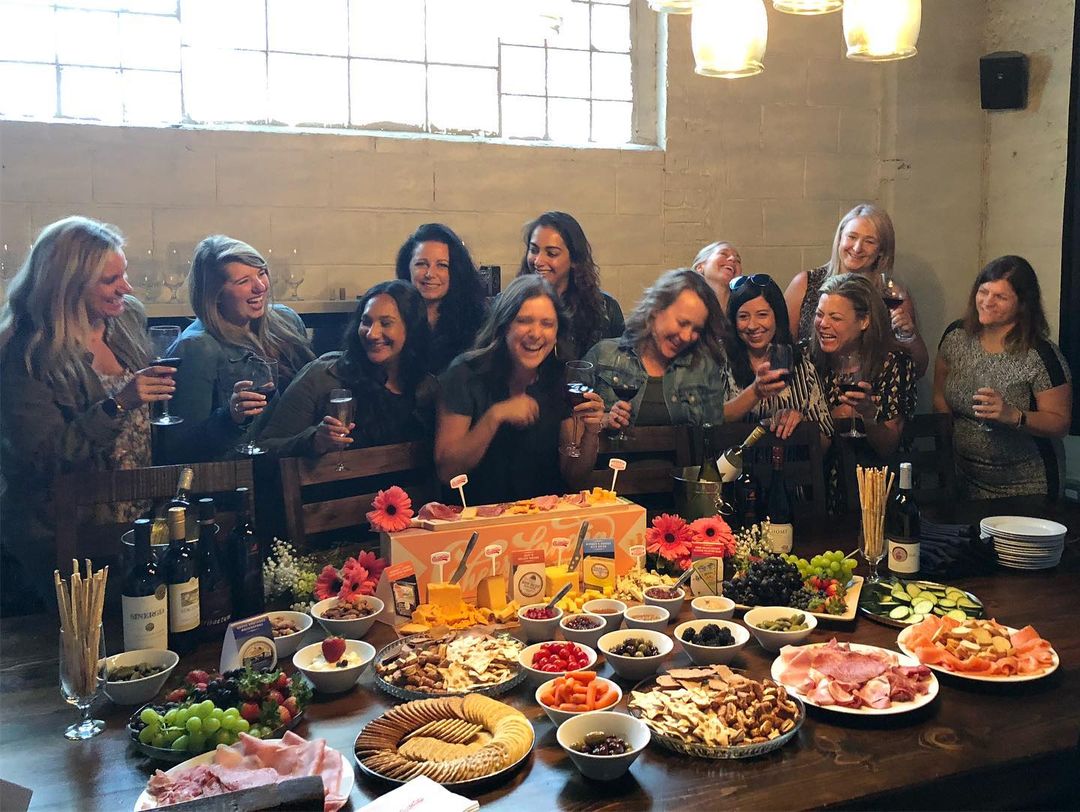 A group enjoys wine, cheese and other bites at a special event hosted by Birch Road, Chicago.

“Denver checked all of our boxes,” said Bosse. “Denver has lots of distilleries and breweries, a good mixology scene, a good foodie scene. It’s evident that people in Denver care about what’s in their glass.”

Whether it be a solo night out or planning a special event like a murder mystery-themed dinner, a Taylor Swift listening party or a cheese tasting night, the founders say Birch Road will help make your night memorable. 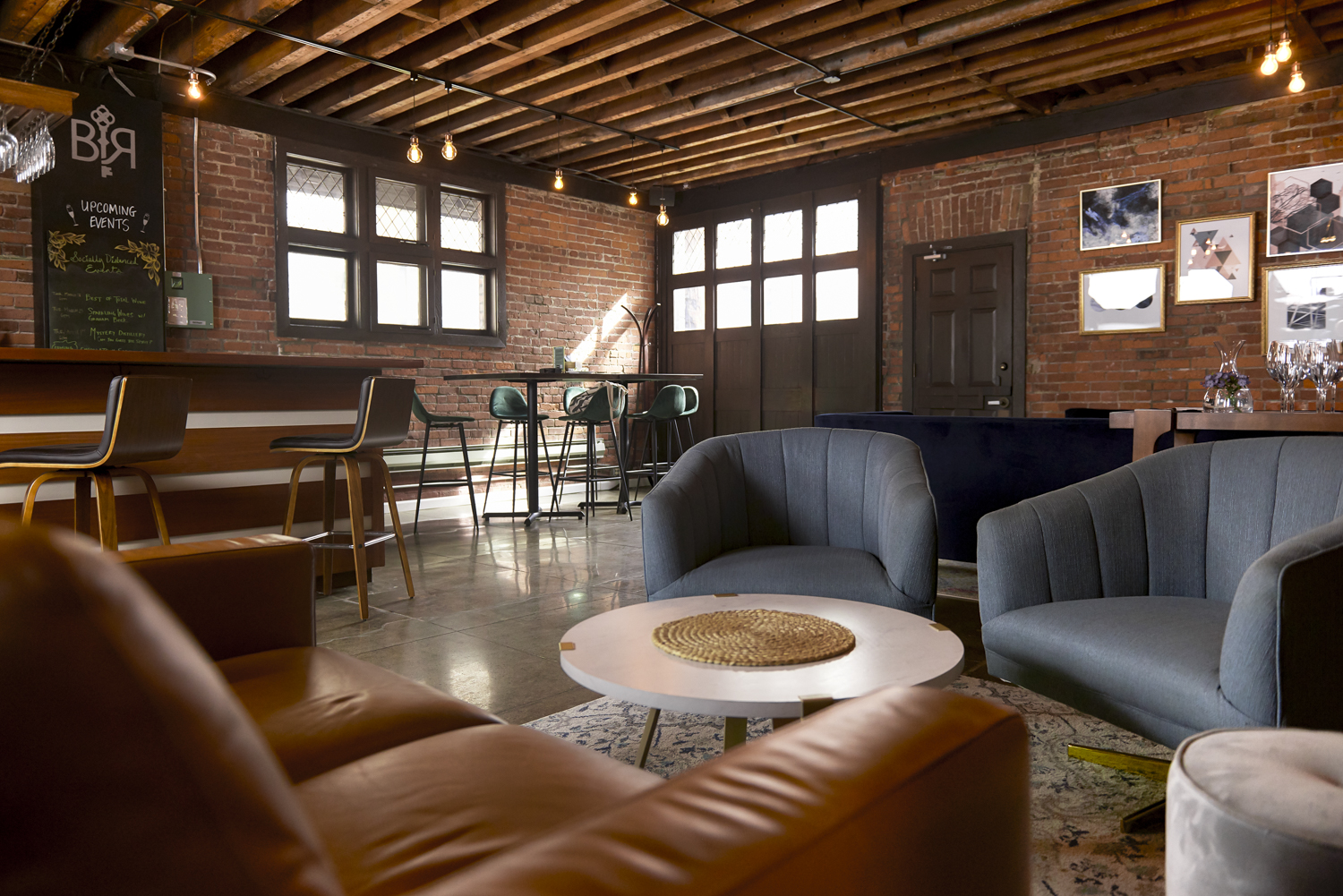 Anything that you and your friends come up with, you can do it at Birch Road,” Bosse said.

From setting up to closing down, the staff at Birch Road ensures your night is hassle-free. All you have to do is bring yourself, a couple of friends (if you want) and some booze.

The BYOB aspect is also made incredibly easy because members are provided with their very own liquor locker, or as the girls call them, “Booze Box.”

“What you would have on your bar cart at home, you can keep at the club, and it makes it super easy,” said Provins.

“They are really state of the art. Temperature controlled, humidity controlled, secured behind a fingerprint scanner. The nice thing is members don’t have to worry about us, they can access their locker at any time,” Bosse added. 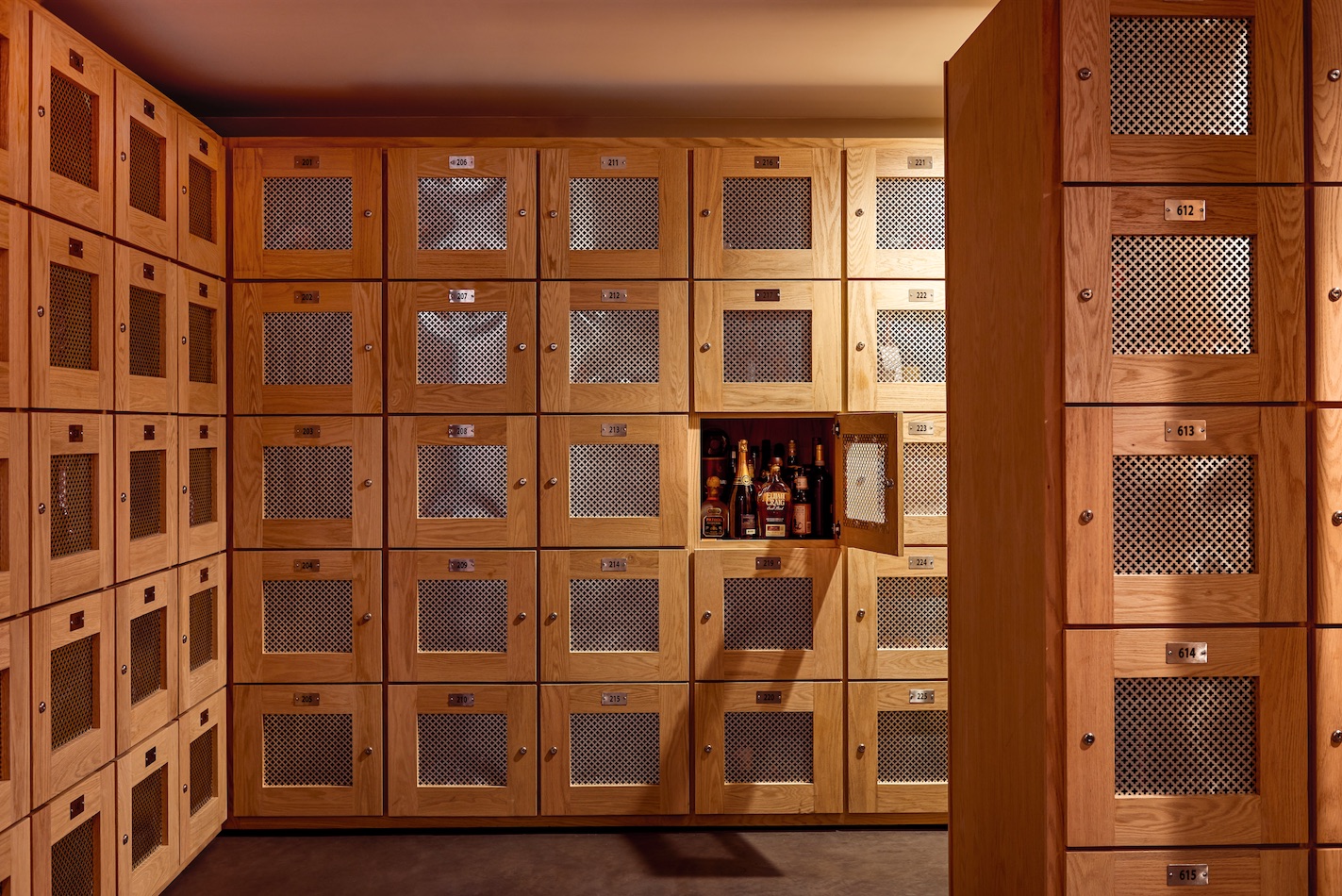 Booze boxes at one of the Birch Roads located in Chicago.

Not only does Birch Road serve as a “home away from home” option for many, but it is also a place for local businesses to thrive. One of Bosse’s favorite parts of running this type of business is the collaborative, non-competitive aspect between their club space and local businesses.

“The events that we put on, we really try to feature small businesses. You know, the family-owned wineries that only make 400 cases a year. If we can connect good people to good brands, that’s a win for everybody,” said Bosse.

Although there are membership plans at Birch Road, the club does NOT function as a closed-off, gated-community environment. Rather, Birch Road prides itself on being an inclusive, community-driven space.

“People join by themselves and will come to events solo because this is a place where you can just be yourself and you can make new friends and meet people who share an interest with you and then go on an adventure together,” Bosse said.

Birch Road will make its Denver debut in the spring of 2022. To find out more and grab tickets to the grand opening event click here.

All photography courtesy of Birch Road.