45 minutes before the opening act, clusters of people, mostly in their teens or early 20s, could hardly contain their giddiness while waiting for Beach Bunny at the Gothic Theatre. Despite masks covering their expressions, excitement could be seen around the room, with many selfies being taken amongst enthused chatter.

The casual conversations that passed through the venue quickly diminished as opener Co-Stanza took the stage. They got the crowd grooving with quirky dances and a resonant voice that charged the room with energy. The engagement of the crowd carried on with shouts and laughter throughout the set as Co-Stanza jammed on with exuberance. The band played with sheer joy. 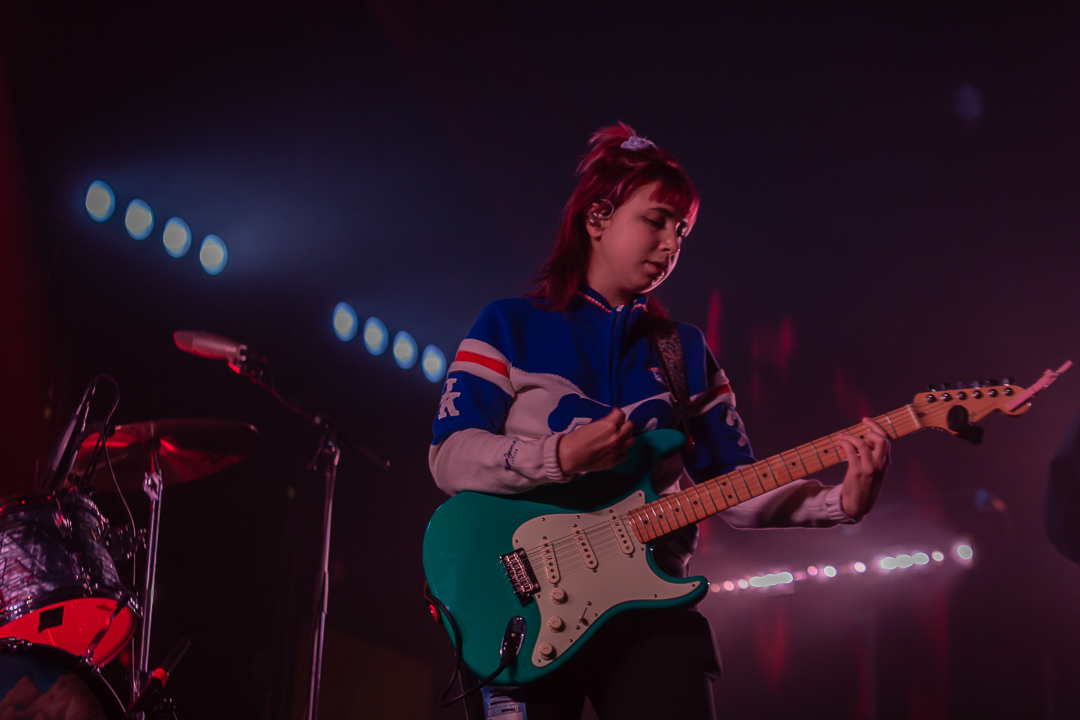 Though it was a change of pace from Co-Stanza, the captivation of the audience remained intact during Miloe’s performance. As the lights dimmed in preparation for the 20-year-old musician, an eruption of cheers possessed the room. Miloe brought a balance in energy. Relaxed melodies and buttery vocals entranced the audience as deep bass and cutting guitar riffs kept adrenaline pumping.

Pink lights illuminated the stage as lead singer Lili Trifilio offered a casual “what’s up” to the crowd, and Beach Bunny officially took over. The band took a few seconds to tune, and in that time, the crowd got progressively more excited. “Okay, now we’re ready,” Trifilio said into the mic, followed by a bubbly laugh. From the first note of the song “Prom Queen” the crowd jumped and danced with full commitment.

Trifilio’s vocals had perfect pitch and a full-bodied tone, reaching every member of the audience as the majority sang along to every word. Trifilio was not the only band member delivering an animated show. Bassist Anthony Vaccaro shook the venue with his sonorous bass lines and charismatic jumping. Guitarist Matt Henkels and drummer Jon Alvarado were in their own grooves as well, adding to the lively feel. 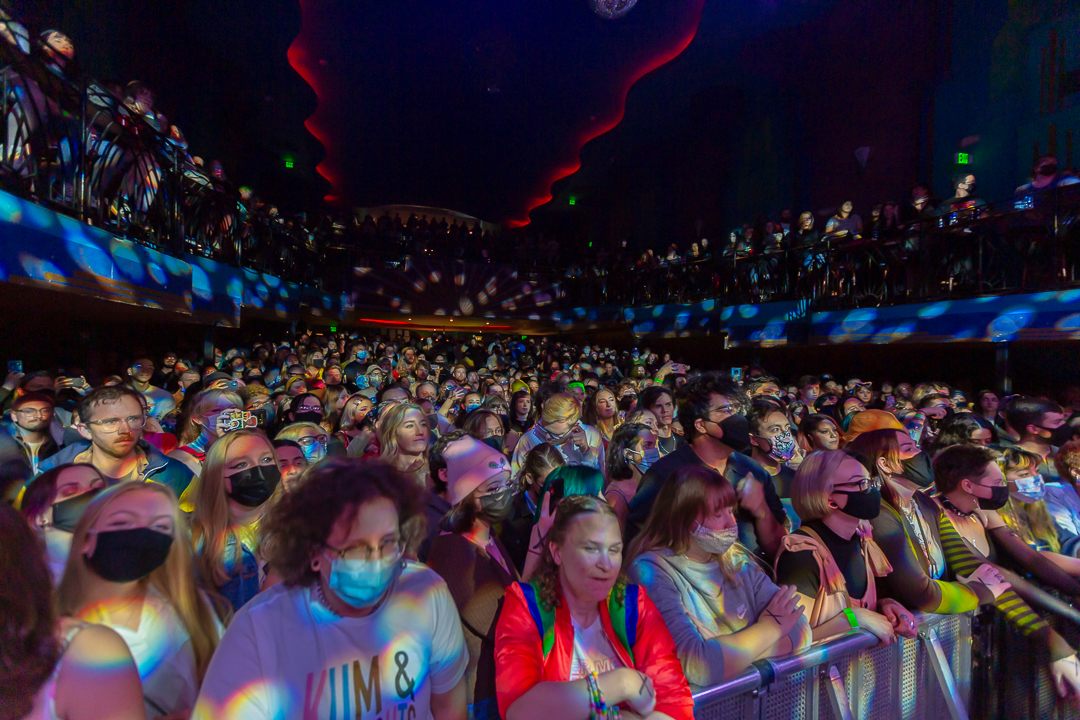 The light show that accompanied Beach Bunny’s impressive musicality was an added bonus to the show. An array of disco-tech lights had the crowd awe-struck as their projection illuminated the pastel murals of the Gothic’s walls.

The fun didn’t end there. The crowd fully committed to the festivities. Several crowd surfers safely made their way across the sea of people during “Sports,” passionate vocals sang along to “Blame Game,” the crowd lit the theatre during “April” and squatted for “6 Weeks.” Throughout the entire show, there was natural chemistry between the band and fans that resulted in an intimate show — a conversation with a close friend in the form of a concert. 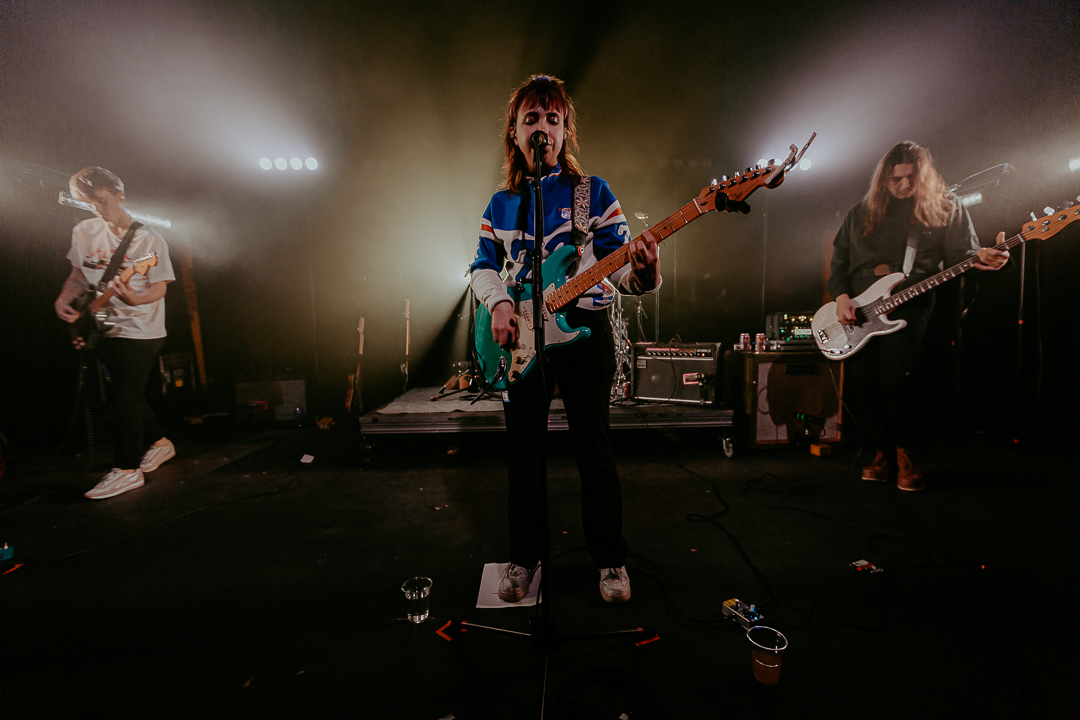 Ending with one of their most popular songs, “Cloud 9,” the exultation rose from the crowd with full force. Even with the final note of the song and the lights slowly turning on, the audience knew it wasn’t the end. The band returned for an encore with a  cover of Katy Perry’s “Hot and Cold,” rounded out with the fan-favorite, “Painkillers.”

During the set, Trifilio recalled back to when Beach Bunny played the Gothic in 2019. She recounted the distressed and tear-stricken state she was in, as well as her gratitude for the band’s progress. From that set years prior, to the wholesome and awe-inspiring show put on last night, it is safe to say that Beach Bunny are on their way towards greater heights.