Local Listen – The Sweet Lillies Get The Folk Around

Eight years ago, The Sweet Lillies came to life with the introduction of Julie Gussaroff and Becca Bisque, a meeting that led to the pair staying up all night playing music. Both skilled multi-instrumentalists, the then-duo included the guitar, mandolin and upright bass from Gussaroff, and the viola and percussion from Bisque. About four years later at the Hangtown Halloween Ball in Northern California, the pair met guitarist Dustin Rohleder — which led to the three staying up all night playing music. “It’s a musical chemistry that put us together full-time,” Gussaroff said of the serendipitous meetings, and today The Sweet Lillies is the official triad between her, Bisque and Rohleder. 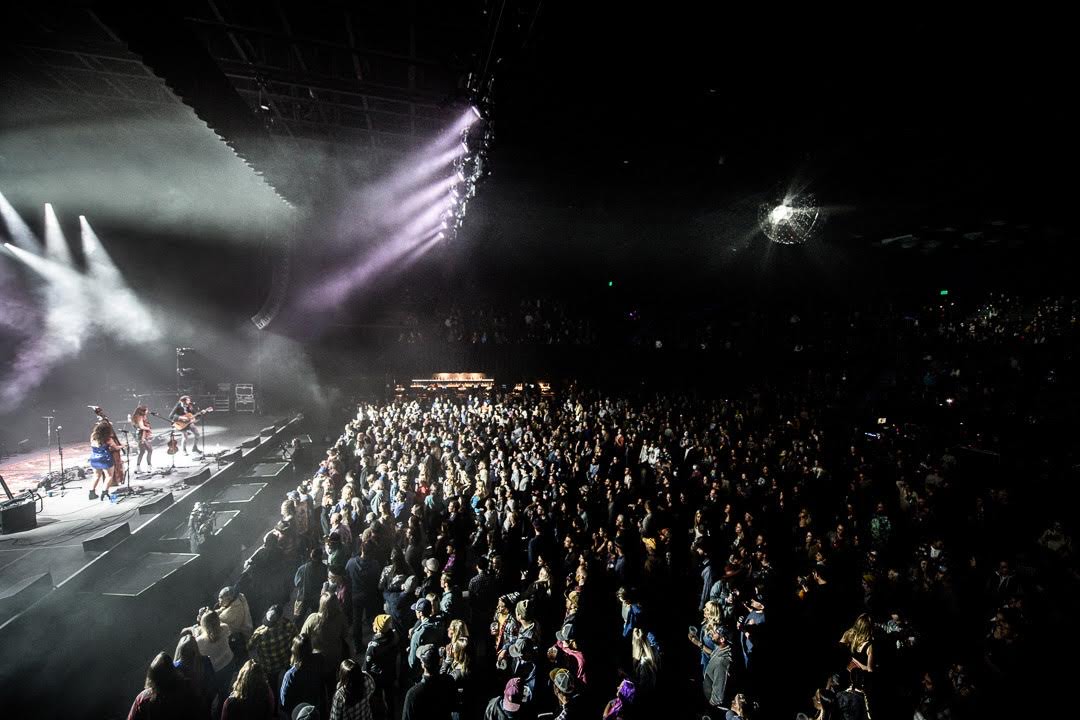 The state of the world be damned, The Sweet Lillies released two full-length albums this year — two pieces of vastly different work that extend across genres and greatly expand all musical creativity. The first of the two, titled Common Ground, was created upon another fortuitous introduction between the band and fiddle-player/producer Tim Carbone. In 2019, at Mexico’s Strings & Sol, the trio had spoken with Carbone about producing the album. “We started putting together all our new songs — songs that we had been working on together and collaborating on,” Gussaroff said. “[Carbone] got excited to make the record and we sent him everything.”

Upon the producer’s suggestion, The Sweet Lillies decided to add drums to each track. Wanting to create an album that had different feels on every piece, Common Ground features Jeff Franca from Thievery Corporation, Will Trask from the High Hawks and Alex Johnson from the Drunken Hearts. The Sweet Lillies shake things up further with the rap song “In Love with the World,” adding “all kinds of different feels and ideas” to the album. Gussaroff said the goal was to take their music into another realm, and with Carbone in their court, the trio’s already funky-folk-grass sound becomes totally unique, entirely genuine and moves far and well beyond their potential.

Six months later and The Sweet Lillies have released their second album of the year, Sweet Holiday Sessions, which consists of nine beautiful renditions of everyone’s favorite holiday songs but with a lovely Lillies twist. Originally, Gussaroff had put together a list of 30 songs, and the final selections were made by their record label, Americana Vibes. Self-produced, Gussaroff strove to have an original take on every song — “a little bit of a Sweet Lillies flair.” With Bisque and Rohleder game to add their own input and personal flair, the trio then brought on special guests to further amplify their sound.

Working on a tight schedule, the crew put in four, ten-hour days to get Sweet Holiday Sessions turned around and released. Banjoist Chris Pandolfi, dobroist Sally Van Meter and New Orleans vocalist Amethyst Starr joined up to help create one of the more stellar holiday albums, one that is easy-listening not just this month, but year-round.  “It was a great cast of characters working together,” Gussaroff said. “It was very collaborative and really fun.” Those sentiments ring true throughout the album. “Holly Jolly Christmas” is a little bit hip-hop, while “Santa Claus (is Coming to Town)” is full-out folk, and all the while the vocals are harmoniously merry. 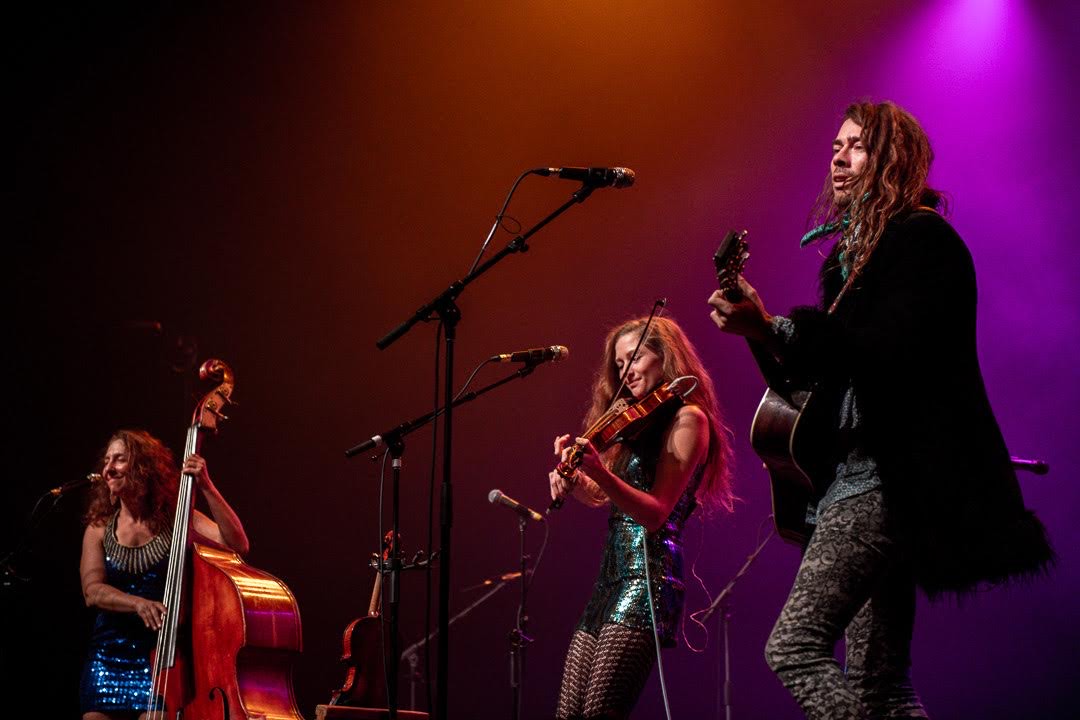 To close out a sweet year, these Lillies play Friday night at the Gothic Theatre and will be joined by musical guests: dobroist Andy Hall and percussionist Jason Hann. 2022 is expected to see two more album releases, along with a full tour kicking off in February and a slew of festival appearances. The band can be found next season on stages at Steamboat’s WinterWonderGrass, The Hog Farm Hideaway, Albino Skunkfest Music Festival and the John Hartford Memorial Festival, along with being the headliner for RiverWonderGrass on June 22 through June 25. If 2021 was a big year for The Sweet Lillies, the next will be even bigger, and certainly filled with that great, good folky soul music.