Art has always given the human race a reprieve from a world that can sometimes seem harsh or mundane. There’s something about quietly shuffling through a nearly silent room while admiring the colors and stories behind portraits, landscapes and still life canvases that offers a sense of peace.

The Immersive Van Gogh Exhibit on Elati Street in Denver offered all of this and more. Originally created by Massimiliano Siccardi, a graduate of the London School of Contemporary Dance, this was nothing less of artistic genius. After deciding to leave the world of dance, Saccardi began pursuing video art, bringing the world community video maps of Basilica di Giotto, photo exhibitions in Rome and finally this masterpiece in cities like L.A., New York, Chicago and right here in Denver. 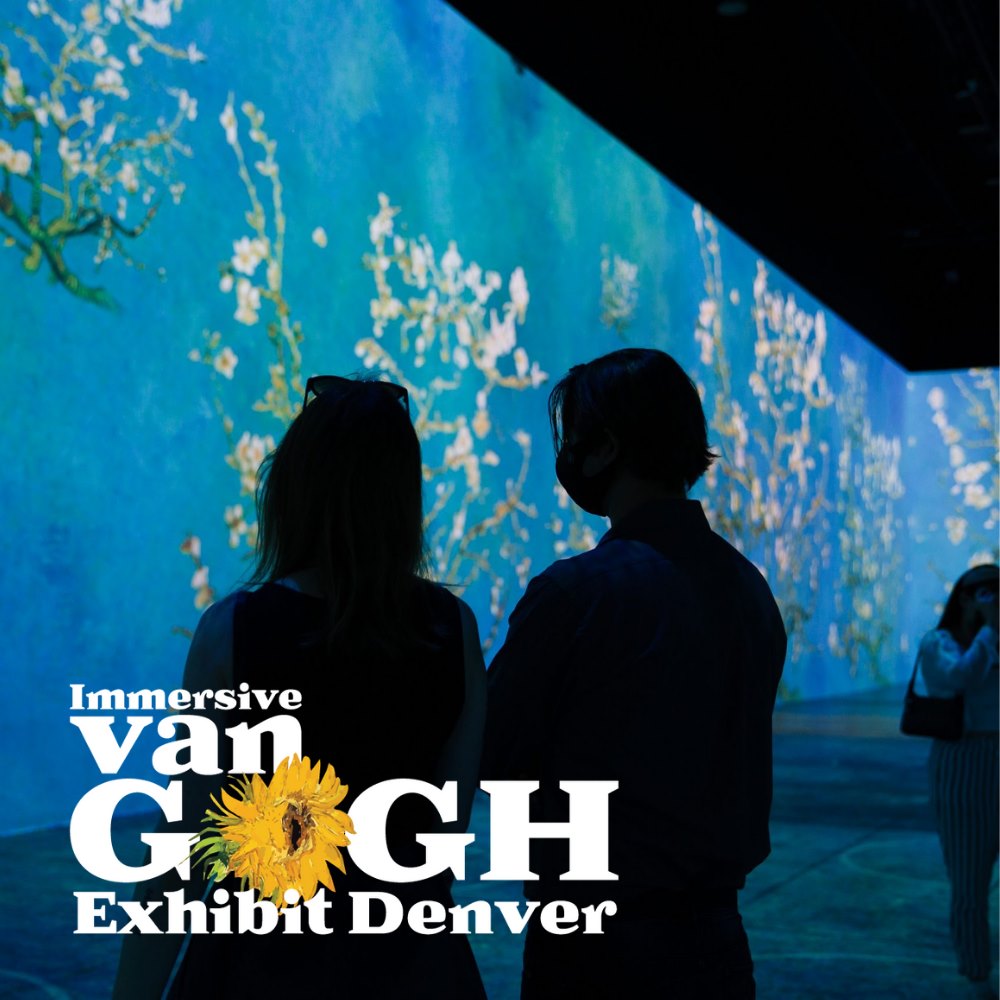 Stepping into the Immersive Van Gogh exhibit at Lighthouse Immersive Denver was stepping into another dimension; one where Van Gogh’s legendary pieces were no longer just paint on canvas but a psychedelic experience where art came alive on the walls around you.

Welcoming guests was an expansive wall of sunflower blossoms and a larger-than-life portrait of Vincent Van Gogh himself. Floor cushions were provided before ushering the crowd through a dark hallway, which opened up into a larger room painted midnight black.

In the center of the room was a maze of pillar-like mirrors and soft music played in the background. Most chose to sit on the floor in the middle of the mirrors, but benches and open spaces were also available. The crowd dispersed and no one spoke above a whisper.

We were greeted with a projection of Van Gogh on each wall, adorned with a wide-brimmed hat upon which stood flickering candle stubs. The volume of the music rose and reverberated throughout the room as the name “Vincent” flashed across the walls. The whispers dissipated.

The first vision trickled away slowly and re-materialized into the infamous Starry Night, the masterful brush strokes swaying slightly to create a sense of movement in the swirling colors. Starry Night disappeared in waves and another painting replaced it. Painting after painting was projected around the walls, reflecting off the mirrors at astonishing angles to create the sense that the viewer was existing within each masterpiece.

The music, loud yet soothing, matched the emotion of each piece. Intense, melancholy notes attached themselves to his darker pieces, while uplighting tones accompanied his lighter pieces. Each brush stroke waved ever so slightly to create a trippy interpretation and appreciation of the tortured artist’s genius. 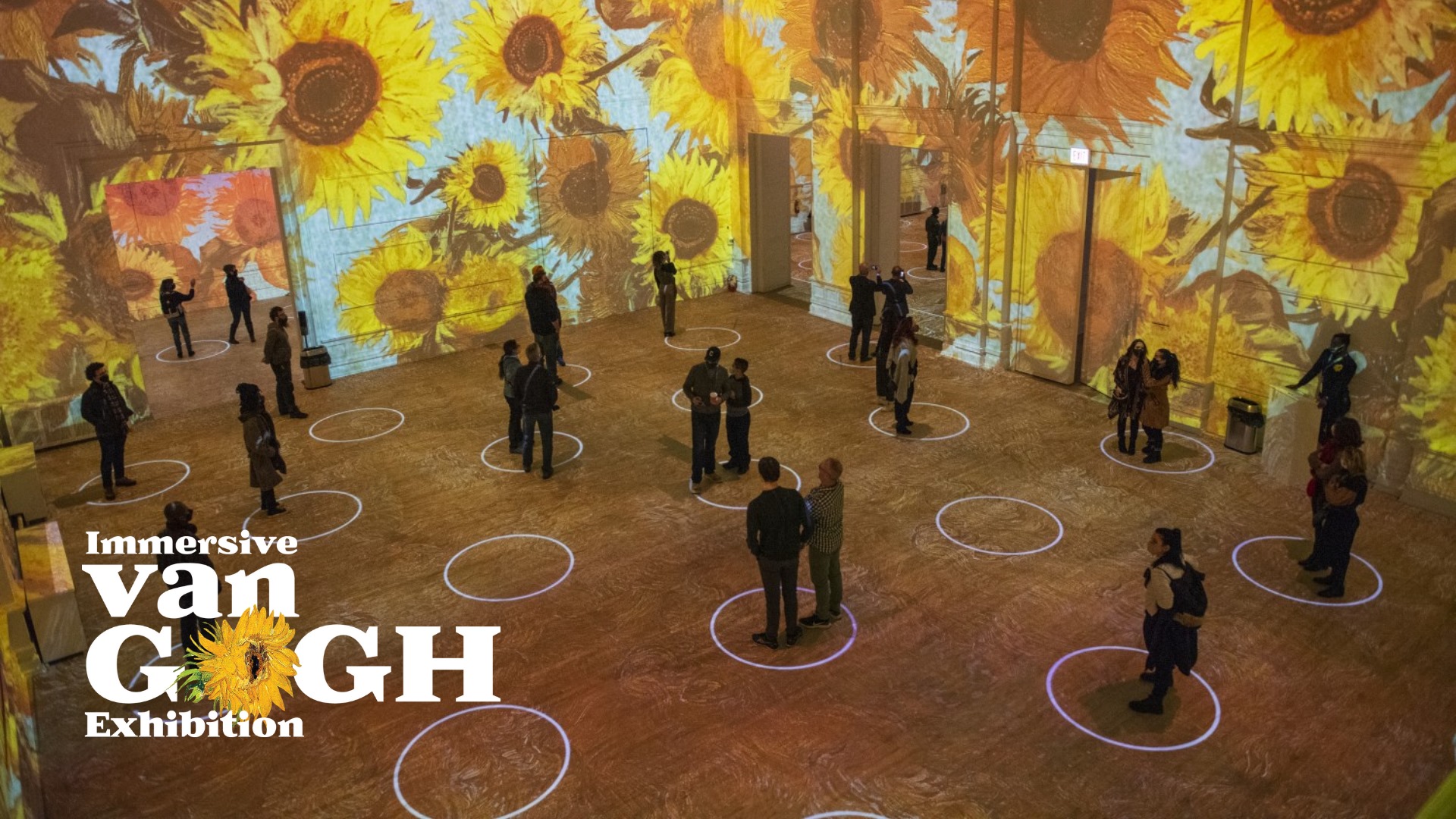 After an hour spent in awe of how alive each painting was, the lights lifted and the throng of people was funneled out of the exhibit into the bright lights of the gift shop.

Art has always been appreciated by many because it instills the understanding that we share the human experience. No matter the medium, the story behind every stroke evokes emotion and comfort. The Immersive Van Gogh exhibit was a whole new way to see that art presents itself in our everyday lives and that life is filled with beauty. This was Van Gogh as never seen before, but should be seen again.