Colorado’s wildlife are beloved. Every year, millions of people trek to any number of Colorado’s parks or protected lands to see elk, mule deer, moose and bighorn sheep. But the infrastructure created to support human life in Colorado historically endangers herd animals.

Herd animals have distinct migratory patterns, meaning they move at a specific time of year and take a specific route passed down through generations. Human road traffic has a dangerous impact on migratory patterns. Each year, nearly 4,000 wildlife-vehicle collisions are reported to the police. Many collisions result in severe injuries or fatalities to animals and humans.

In addition to the loss of wildlife, the estimated loss to Colorado’s economy is over $66 million.

To solve the problem, the Colorado Department of Transportation and Colorado Parks and Wildlife piloted a series of wildlife crossings over major highway accident areas. 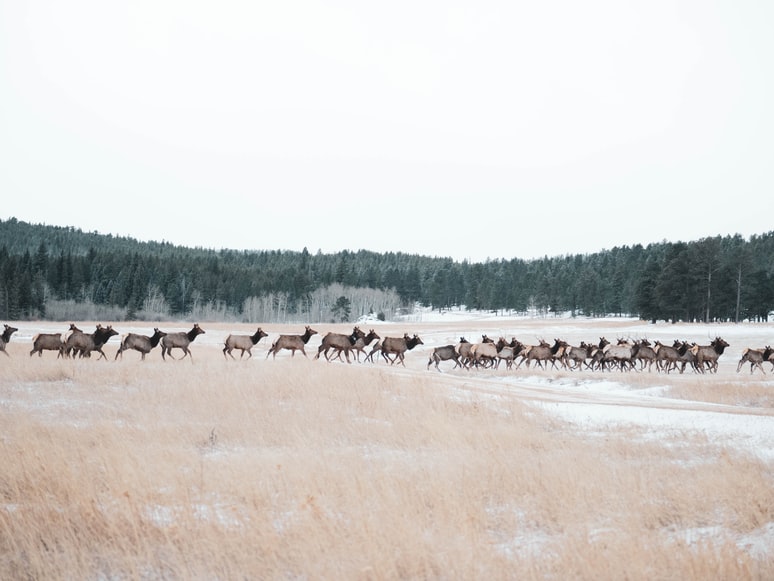 In Colorado, the migratory patterns of animals and humans often come into conflict. Twice a year, herd animals migrate from highlands to lowlands or vice versa to prepare for the coming season. They can migrate anywhere from 10 to 100 miles away. Highways and railways commonly cut through established migration routes. Animals don’t have the capacity to quickly adapt their migration patterns, leaving them stuck with two options: Stay where they are and risk a lack of food or try to cross a highway and risk getting hit by a car.

The issue is relatively common in Colorado, with thousands of collisions occurring each year. Wildlife collisions are dangerous for everyone; car crashes can kill or severely injure animals and humans. On highways, especially at night, it can be near impossible to avoid colliding with an animal crossing the road.

“The majority of these obstacles are roads that cause habitat fragmentation. In the case of a high traffic interstate, they can largely sever a historical migration,” said Skroch. 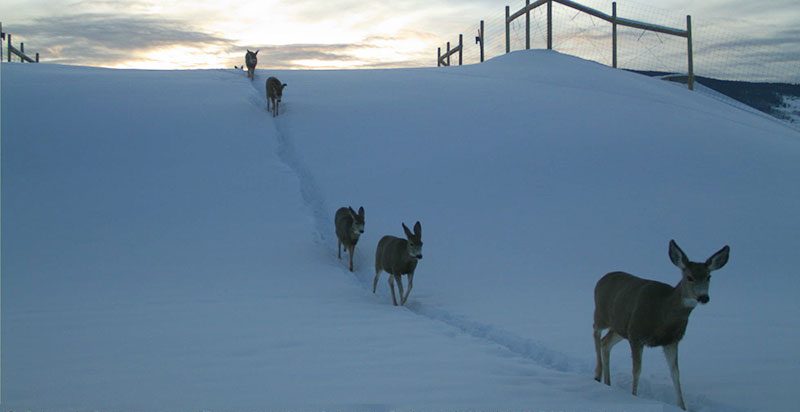 Photo courtesy of CDOT and CPW

In the last few years, researchers identified an animal-friendly and cost-effective solution: Highway corridors. Highway corridors are above and below ground passageways designed for safe animal passage. Underground corridors are more common, given the ease of retrofitting old culverts into tunnels.

“Research has been able to identify where these roads and highways have the most impact on the animals trying to migrate, and where humans are most often colliding with animals,” said Skroch.

Through the work of CDOT and CPW, Colorado established itself as a leader in animal migration research and policy. The teams working on wildlife corridor research and construction have a deep understanding of what accommodates animal populations best.

Currently, Colorado has three overpasses and dozens of underpasses. Researchers don’t yet have an exact estimate of how many are needed to keep wildlife populations completely safe, though it’s understood the state needs to construct more corridors.

Most animals only use passageways designed to their own needs and preferences. Thus, Colorado researchers work to figure out how to adapt passageways to each type of herd animal.

“There are people who dedicate a lot of time to the specifics. For instance, [people research] what degree of slope an animal will tolerate. If you make a ramp to a wildlife overpass too steep, herds may not use it. Some animals don’t want to see the highway when they’re walking over a bridge, and designers create visual barriers for them. [This research] is a rich field of exploration right now,” said Skroch.

Highway crossings in Colorado have already saved tens of thousands of human and animal lives. CDOT, CPW and ECO-resolutions conducted an effectiveness study from 2015-2020. They found a 90% reduction in highway wildlife collisions on the section of CO Highway 9 with a highway passage between Green Mountain Reservoir and Kremmling. 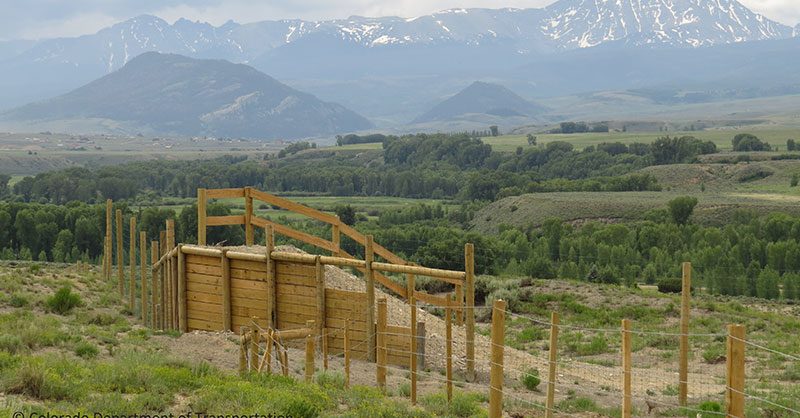 Photo courtesy of CDOT and CPW

Wildlife protection through migratory highway passages continues to make progress in Colorado. CDOT and CPW are funded with the resources to continue their work. In addition, towns like Vail introduced their own passageway proposals. Many towns in Colorado consider highway corridors a necessity for both animal preservation and public safety.

The need for wildlife passageways gained national attention as well. Over $350 million in funding for wildlife corridors is included in the bipartisan infrastructure package that President Joe Biden signed into law on Monday, November 15.

“When signed into law, the legislation will provide the nation’s first dedicated resources — $350 million over five years — for state, local and tribal governments to construct wildlife crossings that reduce human and animal fatalities and injuries caused by the more than 1 million wildlife-vehicle collisions that occur each year,” said Marcia Argust, director of Pew’s U.S. public lands and rivers conservation.

Highway corridors remain essential to protecting Colorado wildlife. Now, many elk and mule deer across the state can migrate to their seasonal foraging areas in peace.