Despite all the hiccups in the music industry in the last 18 months, some bands—like COIN—have found their stride in the solitude. Since 2020, the band has released three, full-length albums with nowhere to play due to the pandemic. That changed with the return of live music, which saw COIN stop by Summit Music Hall Friday night to show the crowd exactly what they’d been working on. 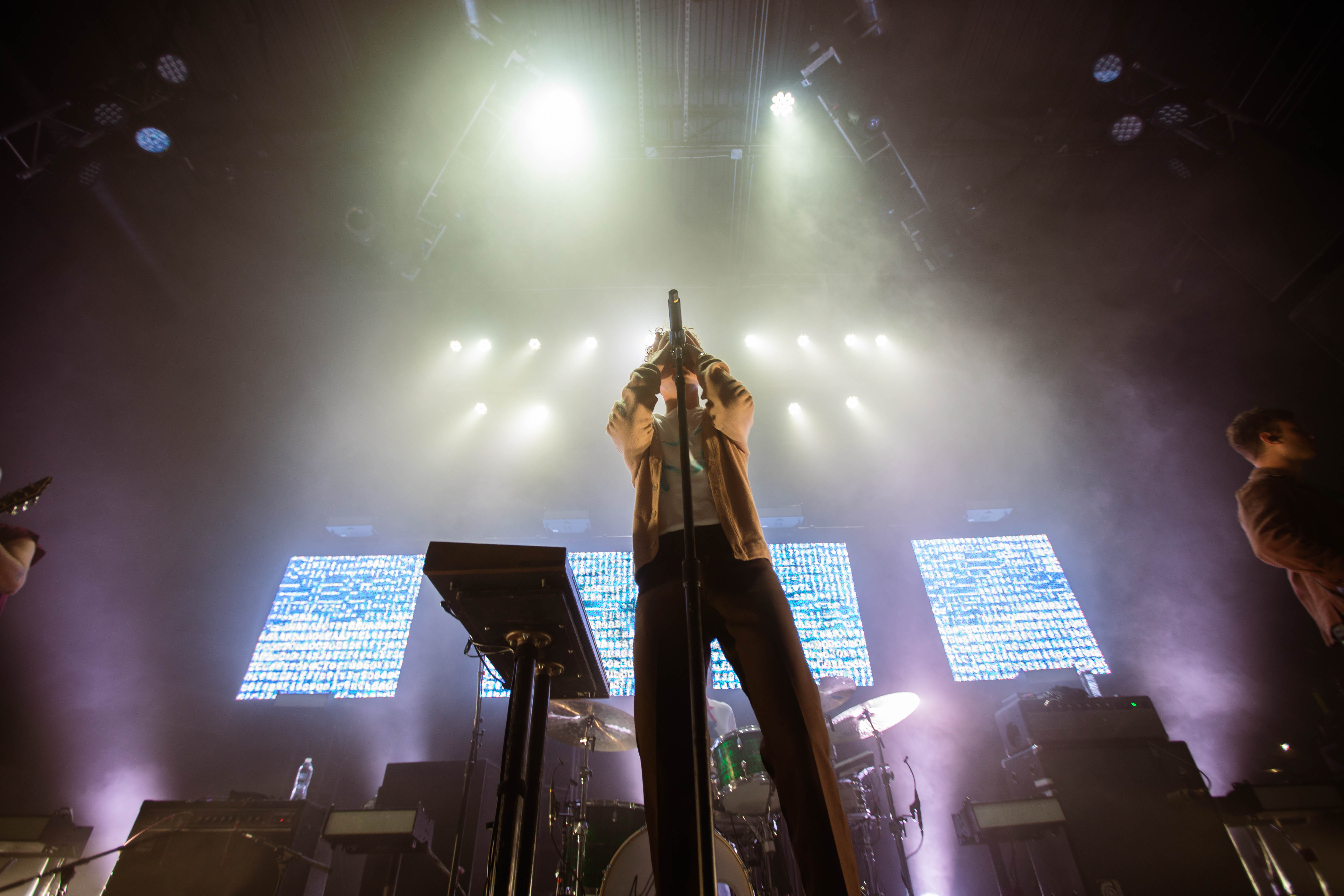 The band—formed in 2015—first released the album Dreamland in early 2020 and postponed their tour only three shows in. Not long after, they finished their fourth album, Green Blue + Indigo Violet, but of course, were unable to tour. When they released their latest album, Rainbow Mixtape and were able to tour once again, the band set out to make up the time they lost on their “Rainbow Dreamland Tour.”

With three full-length albums and nobody to play for during that time, it’s no wonder the line to get in the corner building wrapped around the block. Fans eagerly waited outside as security and staff made the most of their time, checking IDs and vaccination cards long before ticket holders reached the venue doors. It took 15-20 minutes just to get in, but there were no complaints from the young crowd. 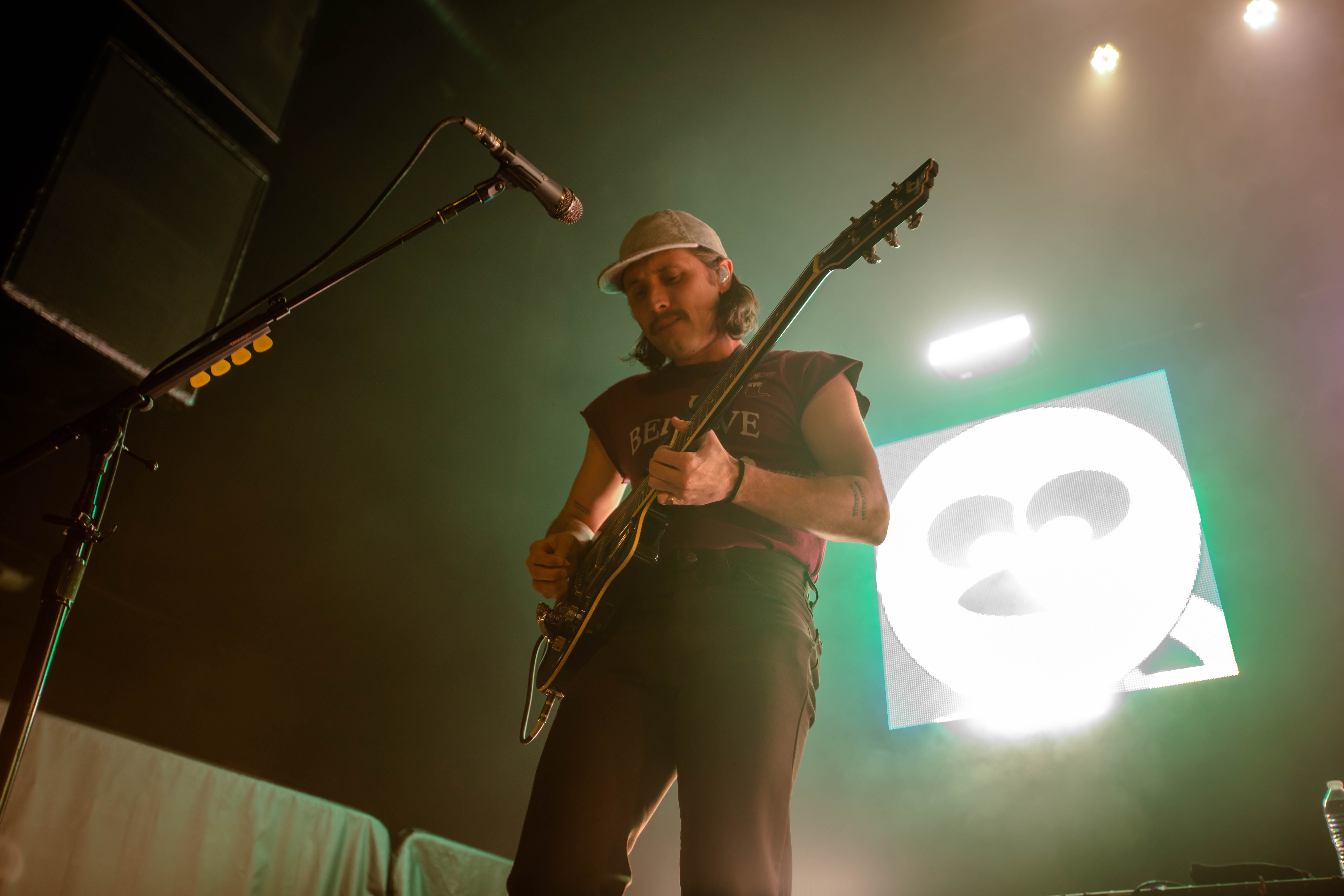 Maybe it’s because packed venues feel like a thing of the past and it’s an event worth remembering or maybe it’s because of Summit’s smaller size, but whatever the reason, Summit Music Hall appeared to be lined to the ceiling with fans who’ve been waiting to see COIN.

The audience was in a welcoming mood as soon as they entered the building. Every song that played in the background before COIN appeared was received with roaring enthusiasm that had to have motivated the four-man band. When the group walked onstage, they carried the same enthusiasm into their first song, but it was their second song, “Into My Arms,” that kicked the night off. The indie, new-wave alternative group dazzled the crowd with their performance, leaving little room for any sort of critique against them.

They carried light energy that, alongside their music, lifted the crowd metaphorically and literally. The center mass of the audience drifted, floated and danced into one another as they lost their inhibitions. There was a lightness in the air, a sense of security brought on by the dopamine pouring out of each individual.

It wasn’t until the song, “Let It All Out” began that the band took true notice of the crowd, which overpowered the music blasted through the speakers. The lead singer, Chase Lawrence, was taken back as the crowd continued their cheering approval long after the song was finished. 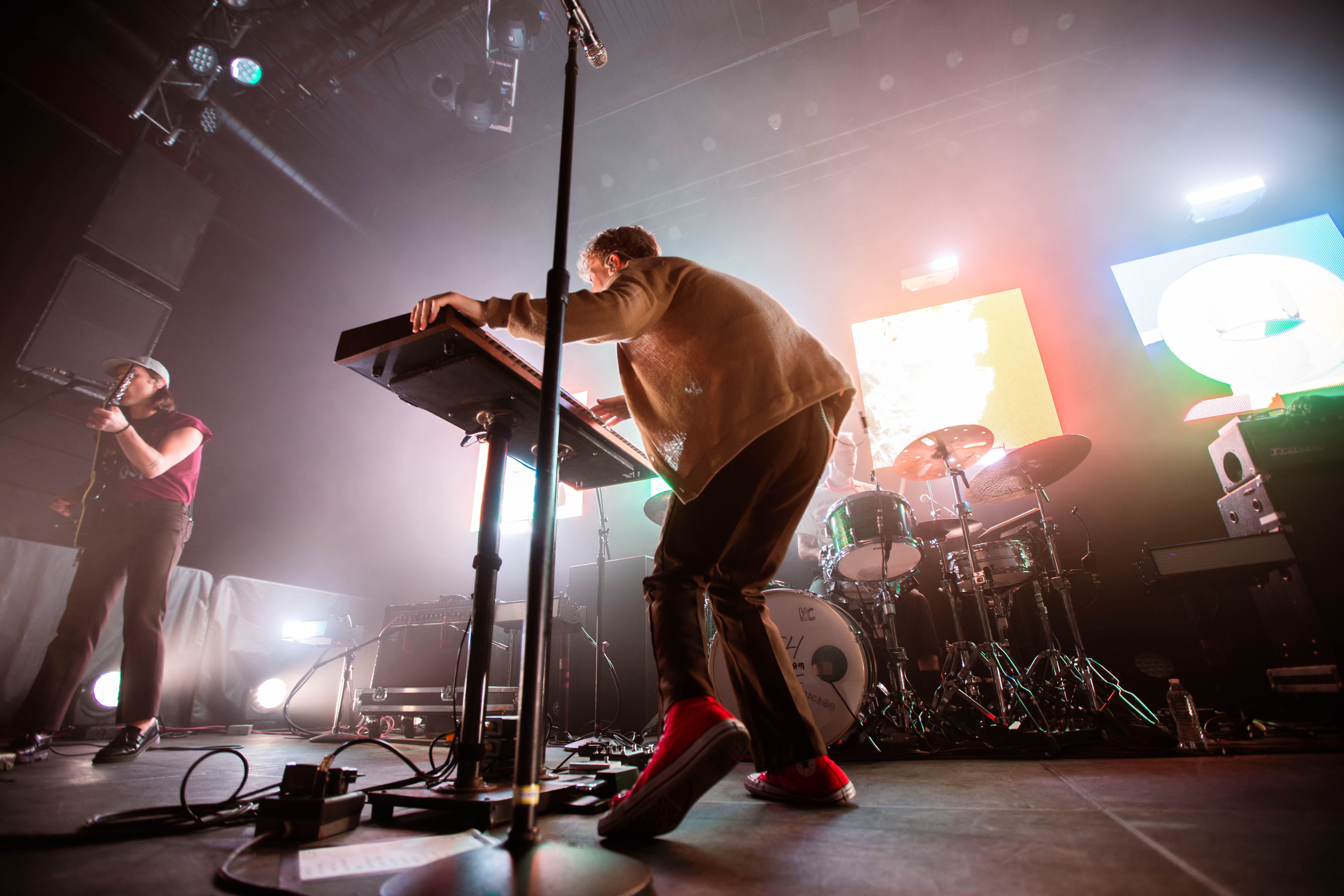 When it came time to play again, Lawrence went mad on the synthesizers — maybe as a way to show his appreciation for the love Denver was showing him. At the end of their set, Lawrence looked over the audience once more, put his hands together and praised the crowd a final time before leaving with the rest of the band. Of course, the night wasn’t finished though once the audience requested an encore and Lawrence teased the crowd, asking,” Should we play a couple more?” The crowd screamed in response, to which Lawrence simply replied, “Okay.”

All photography by Kennedy Cottrell. View the full gallery here.