Playboi Carti’s Friday night performance at Red Rocks had was perhaps the most energized the venue has been this year. Against all odds, at a location that largely caters to electronic music, he took 2021’s top prize for ‘most jumping.’ Rightfully so, for a number of valid reasons. Rap’s mysterious boundary-pusher has meticulously shaped and crafted a unicorn sound over the course of three major label releases. The first — Playboi Carti — is short and punchy, allowing for a budding artist to make a footprint in the chaotic and convoluted mix of his era of rap. The following — Die Lit — shot the 25-year-old to the moon. Up there, after years of painstaking anticipation, he drove a blood-red flag into one of the thousands of craters on the orbital rock — 2020’s Whole Lotta Red. 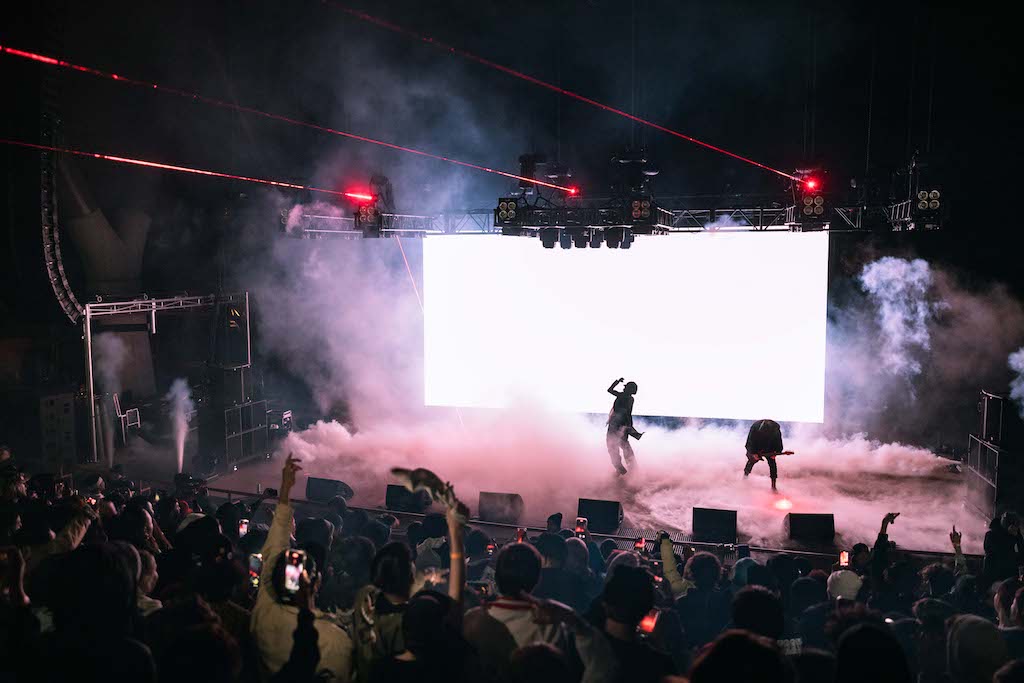 Such anticipation was felt at his stop in Morrison. However, the suspense wasn’t sparked by a long wait time as he brought along his two foundational openers for “King Vamp Tour.” In reality, the suspense was created in part by confusion from a truly bizarre and unfortunate event. Rico Nasty — a generational talent who brings metal and high-pitched, quirky delivery to the hip-hop lexicon — has had to endure a stint of truly disrespectful moments at the hands of Playboi Carti fans while on tour. “RICO, RICO, RICO” chants helped assure that this behavior would screech to a halt at the mountain venue. Her DJ came on stage and yelled ad-libs and pump-up phrases into the mic. It took about 30 seconds to realize that, in fact, every speaker except the four on stage — the venue’s smallest — were turned off. An easy fix, surely.

But the chaos continued, and cheers gradually morphed into groans before Rico Nasty sprinted on stage for her big opening drop — one that no one beyond row ten could hear. It was an unintended acapella performance that was in no way the artist’s fault. A nightmare scenario ensued. 80 percent of the crowd yelled at the stage, begging for the sound to do something, anything. Rico Nasty interpreted the commotion as “boos,” storming off stage five or six songs into her set. 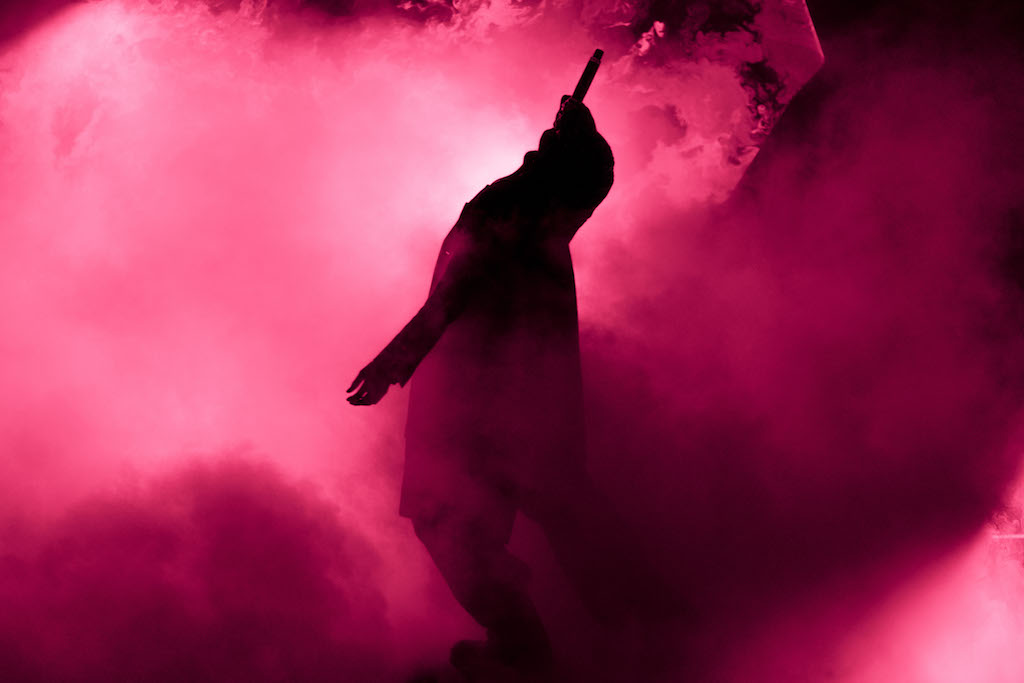 An intermission that took (and felt) twice as long followed. After nearly an hour of wait time, the gallery went dark, and red floodlights painted the rocks under a full moon. The entirety of the stage was coated with smoke. Giant laser pointers sliced through the smog, revealing the man of the hour as “Stop Breathing” created full-blown chaos amongst 10 thousand spectators. Playboi Carti was a silhouette on stage for much of the show — a presentation that seemed symbolic, considering the artist’s hidden life aside from music. “Rockstar Made” and “Vamp Anthem” came next. All the tracks were bridged together by the only other person on stage — an anonymous guitarist. Their chugging, hard rock chords twisted and turned into the beat line for the song to come and coincided with bursts of the most intense lights I’ve seen at a concert in a very long time. 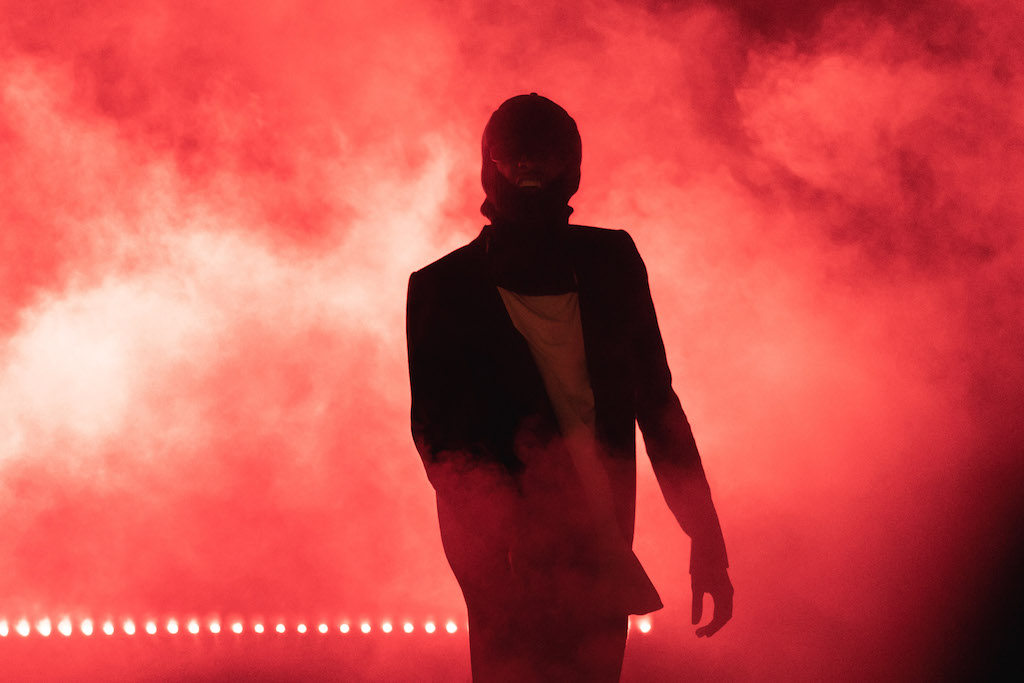 Carti’s first Donda collaboration with Kanye West, “Off The Grid,” was an amazing moment, as the guitarist played in an unforgettable synth line that jumped directly into the feature artist’s short, incendiary verse. Two lesser-played tracks off of Whole Lotta Red, “Control” and “Go2DaMoon” (another Kanye partnership), were amplified to their greatest form in concert. The moment many wanted, however, came at two different points in the show.

“Miss the Rage,” Carti’s chart-topping work with Trippie Redd, was an awesome flash of brilliance towards the show’s conclusion. But an expected zenith of his “King Vamp Tour” setlist split the show in half. “Shoota” has been a behemoth in both delivery and reception since its release years ago. In person, the record is beyond description. The red lights turn a bright white, and the ages-long buildup on Lil Uzi Vert’s minute-and-a-half-long intro felt akin to waiting for an H-bomb to drop. When it finally did, every person in attendance went ape shit and cracks started forming in the rocks. Playboi Carti is the industry standard for fun energy, and his exhibition at Red Rocks, in the cold of mid-November, matched that standard. 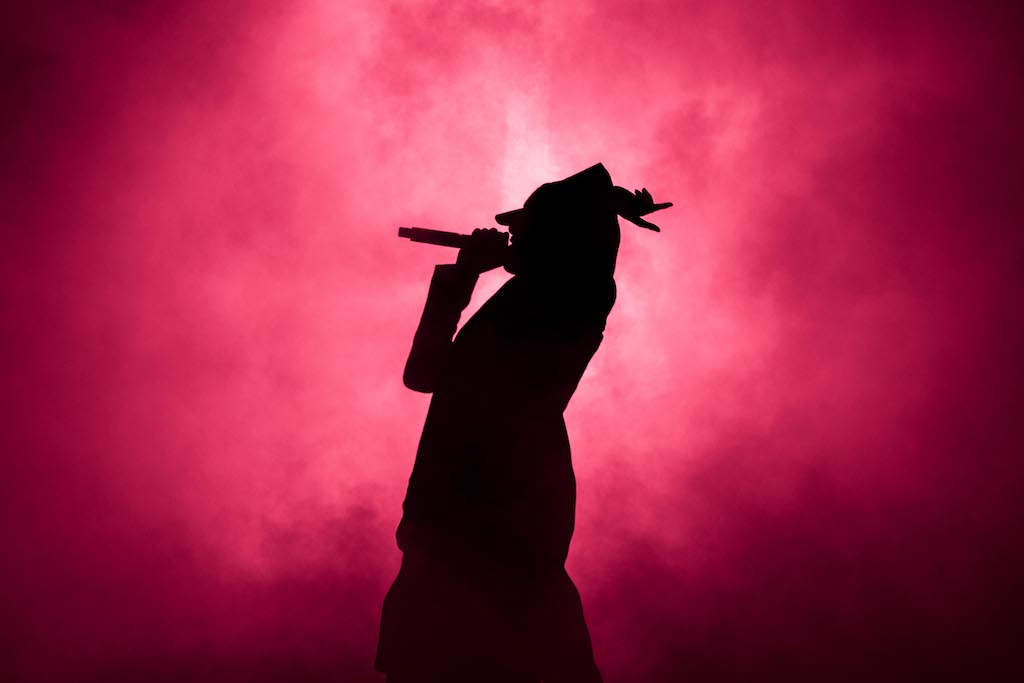 All Photography By David Cohn