The impact of music streaming is often talked about in terms of the Taylor Swifts and Jay-Zs of the world. Rarely do we hear about how up-and-coming artists are affected by this continually momentous shift in how consumers listen to music. In the Colorado Music Community, artists see both the positive and negative impact that streaming has on their success. They are paid less than a penny per play, their music can be taken down without notice, and yet they now have the ability to spread their music to listeners on an unprecedented global scale. This begs the question, what is the true impact of music streaming on artists in our local music community?

One of the biggest impacts streaming has on the musical landscape is allowing independent artists to push their sound like never before. Legitimate mainstream talent like Rico Nasty and Playboi Carti got their start through streaming as “Soundcloud rappers,” and the most streamed artist in the world right now, the Weeknd, launched his genre-defining first mixtapes streaming on YouTube. When looking at Colorado, the democratized process of releasing music can work to the benefit of local musicians as well. For Denver-based electronica trio, Waxcat, streaming numbers have allowed them to break out of the online miasma and book live shows.

“When ‘Oceans’ blew up it helped to grow our profile,” said Waxcat about their breakout single grossing over 1.4 million streams on Spotify. “It was tough to book bigger shows without the right numbers or an established fanbase. After ‘Oceans,’ venues started reaching out to us. Streaming is really deciding the fate of careers right now.” 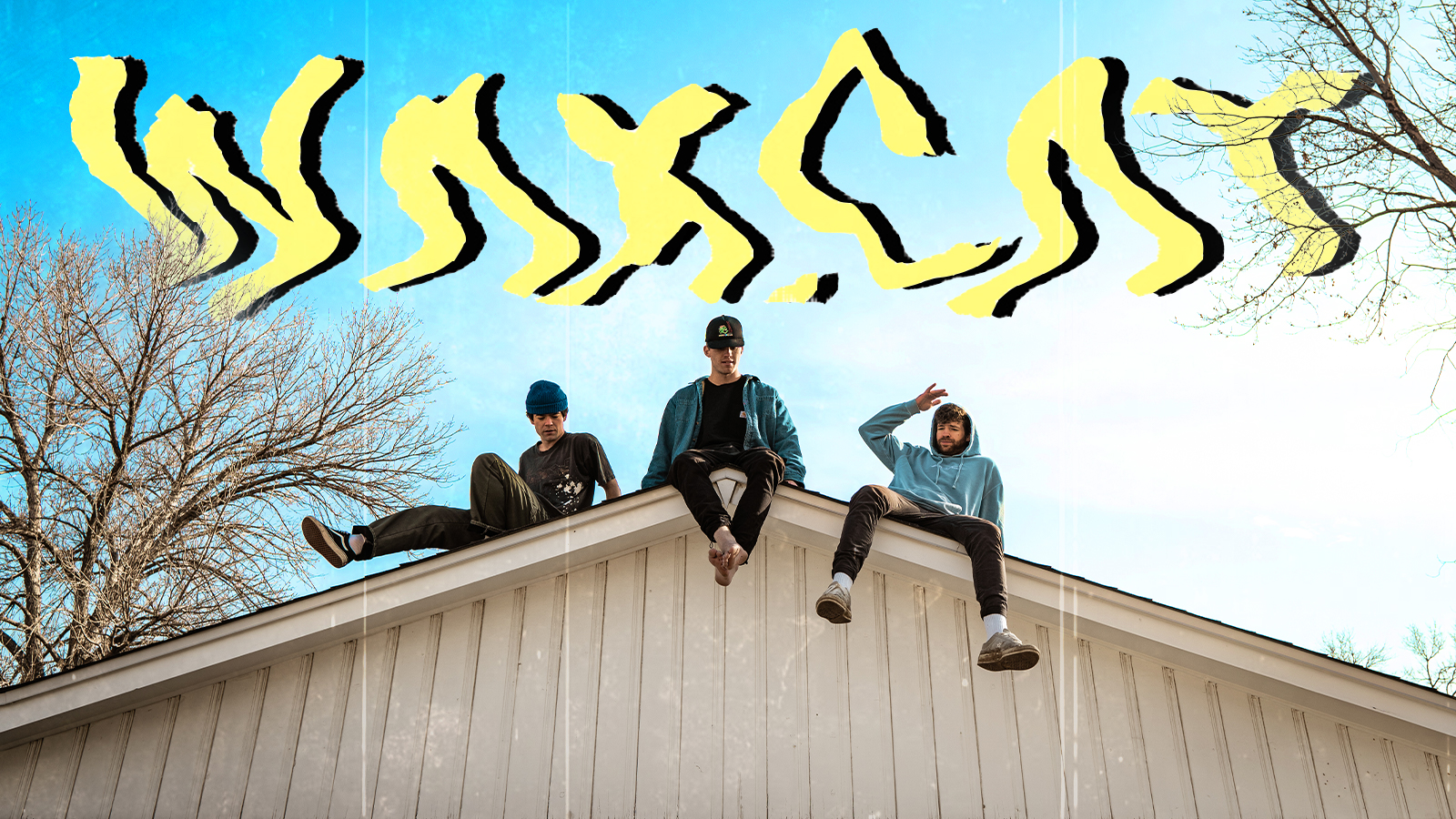 Opportunities to play more shows are not the only benefits of streaming. Looking at the state of the music world during the COVID-19 pandemic, music streaming has also allowed musicians to distribute their music when it would have previously been impossible. Yet, it comes at a price.

“During the past year steaming has been such a powerful tool” recalls bassist and vocalist Alvino Salcedo in the local metal outfit, Of Feather and Bone. “We have people all over the world listening to our band from Southeast Asia to Brazil and Russia. With that said though, the over-saturation of music can be very disorienting for music fans. It means as a band you just have to make music that will stand above the rest, and that’s why it’s so crucial to have a supportive scene not only locally but everywhere to help push you more and more so (your music) can be noticed.” 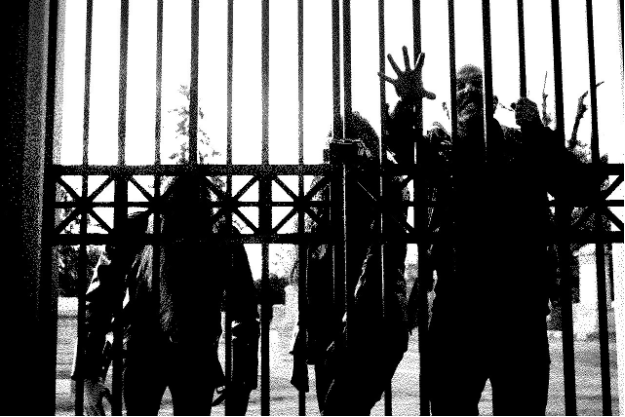 For the artists who strike that right chord and have supportive communities, streams can help to move tickets – but man cannot live by buzz alone. Even with a breakout hit, the financial rewards of streaming are often infinitesimal.

As mentioned previously, artists are paid less than pennies for their work on streaming services, with major platforms like Spotify reportedly paying lower than $.0035 per stream. This means that music often doesn’t provide a sustainable source of income for artists at a local or even national level. Artists have to find other ways to financially sustain themselves, and for those starting out, that often looks like employment outside of the music world. This detracts from their ability to spend time growing their projects and creates yet another complexity to navigate in order to break out. Yet, even if they do find success, their hard work can be undone in an instant.

“I had no idea what was going on,” said Isabelle Stillman when finding out that her album Heartrender had been removed without notice from Spotify two months after its release. The album had gained traction and support among her fans across the country, but her streaming numbers were not out of the realm of what she had received before. From October through November, singles from her album had amassed over 5,000 plays. Then in December, she saw another jump of 5,000 plays due to inclusion on a popular indie music playlist. Shortly after, her album was taken down. 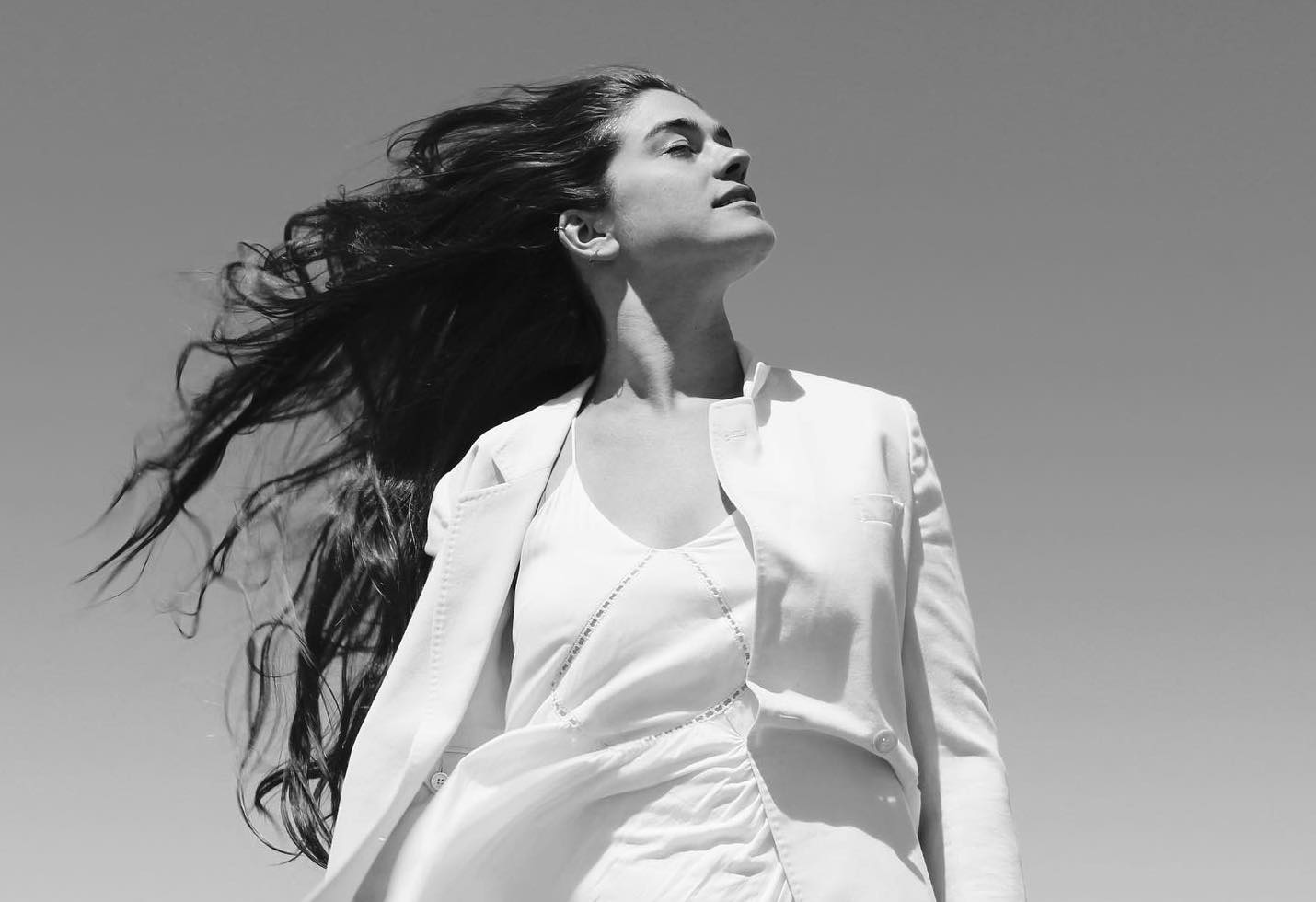 Her only recourse was a sole Google Form submitted to her distributor, Distrokid, where she could try and prove herself innocent after being wrongly accosted for inflating streams, a common reason for removal. Since submitting her form in January, she has heard nothing from Spotify or Distrokid on the status of her songs, with both pointing to the other as the responsible party that owes her an explanation.

“Obviously, this is a huge con of the streaming industry,” said Stillman. “They can destroy you, with no warning and no consequences. They don’t need me. I’m nothing to them, but 90% of my fans listen on Spotify. It is easily my biggest platform, and it doesn’t make me any money, but it’s where my base listens.”

Stillman played by the rules, did what Spotify encourages by spreading her music on a playlist, and still had her music taken down. She is uncertain of the criteria the streaming platform used for this takedown, and the company has said very little publicly on this system. This type of behavior is part of the territory with music streaming and can have a huge mental impact on those artists who are on the rise.

“Artists were already at such a loss,” continues Stillman. “For me, releasing music in a pandemic was my way of staying creative and staying connected to my fans, and also personally connecting to my music. And now, to have all that work I did just deleted at the drop of an algorithm, I don’t even know what else to do. It’s thrown up more of a mental block between me and my music, and my creativity in general.” 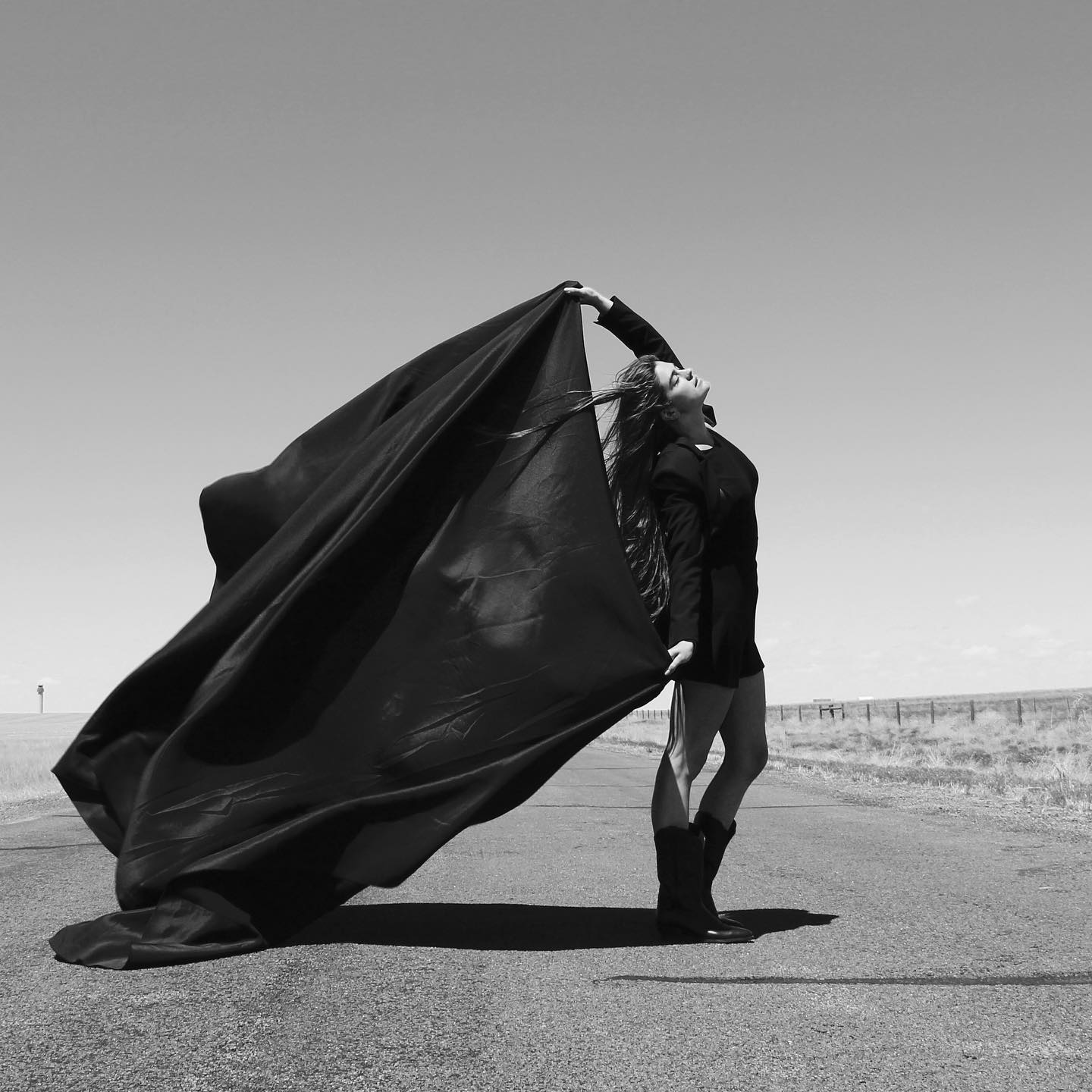 The mental impact on artists from streaming does not just come from blunders on the side of the platforms. Having your numbers broadcast online for all to see is another example of the neuroticism that comes with releasing music in the modern era. Waxcat discusses the creative catch-22 of dropping music on the platforms that paved the way for their success in 2018. “Streams can let you know if you’re on the right track, you can see what’s connecting with your audience in real-time.” These instant returns can help artists find their niche more quickly than in generations past. At the same time, it can make the songwriting process feel mechanized. “Now that it’s one of the only ways that artists are making money [due to Covid], streaming is still sort of this brutal community – you’re not getting comments or likes — it’s purely numbers, and there is a detachment that comes with it.

The sense of detachment that accompanies online music promotion is echoed by veteran MC, Koo Qua. She cautions that the business side of getting your music out there is more convoluted than new artists initially understand, and less egalitarian than streaming service purveyors let on. The rapper tried for ages to get music onto streaming sites like Pandora, Tidal and Apple Music as an independent talent. It wasn’t until partnering with distribution service LMIT Entertainment that she saw any serious returns. “You gotta have a machine behind your music nowadays.” Almost overnight after partnering with LMIT, hundreds of streams for her songs had turned into tens of thousands, even though nothing about her music had changed.

Less established artists may even pay illegitimate services to boost their streams, resulting in inflated numbers but no real ability to fill venues for their live shows. This hurts local music economies and takes royalties away from the fixed pool of money that’s available to artists on given platforms. Paying for streams is publicly frowned upon but may be seen as a desperate and necessary business move given the make-or-break nature of music streaming.

LMIT Entertainment’s Ryan Sells breaks down the logic, “you could have the same song with 700 streams or 7,000 streams, and audiences will think the latter one is better. It’s psychology.” In a metrics-obsessed industry, it’s a mindset that artists, for better or worse, have to buy into.

The overall message we are hearing from local musicians is that becoming successful through streaming takes a business acumen that’s a distraction from – if not antithetical to – the creative process. Indie artists largely don’t have the time or the resources to navigate the intricacies of each streaming service by themselves. “Music is forever, music is the universal language but you have to have so much business knowledge to recoup – you don’t know that you’re signing up to do calculus,” said Koo Qua. 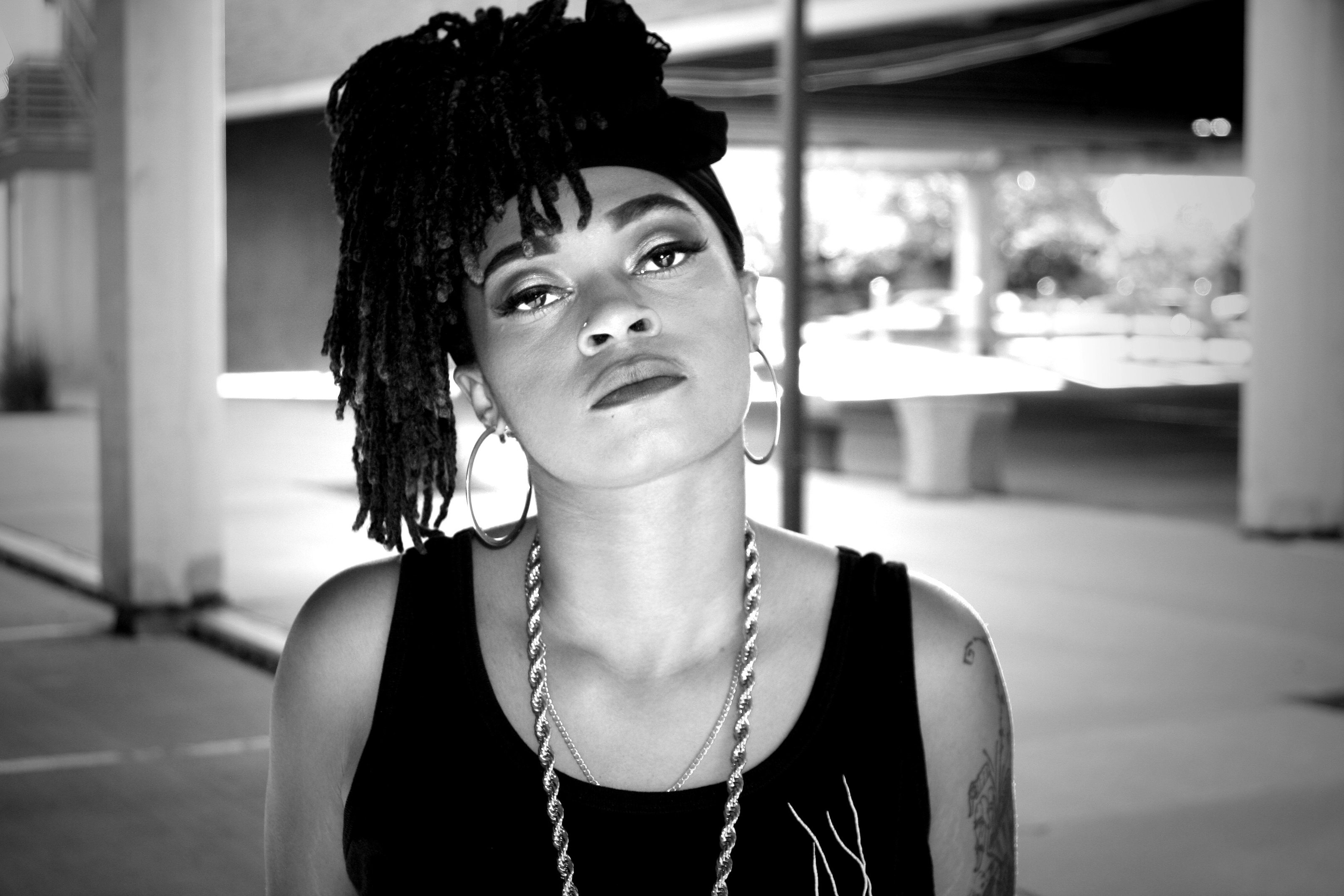 For all the benefits that streaming has brought to the world of music listening and distribution, it has created many new challenges for Colorado artists to overcome. In an industry where success is generally reserved for a select few, learning the streaming game can make or break an artist’s career. You can do everything right and still face devastating setbacks from those that control these platforms. It cannot be said if music streaming has hurt more than it has helped, but one thing is certain – the way that musicians reach their audiences have changed forever and understanding streaming is integral to coming out on top.