Q&A – WAXCAT Talks Coming to Denver, Breaking Out and Their Random Namesake

Denver’s WAXCAT is an odd amalgamation that reaches far beyond their namesake. Unconventional in their approach, the trio, new to the Mile High City’s music scene, manufactures a sound that oscillates between electronic and acoustic realms — somewhere between animation and automation. Chris Comisar assembles hip-hop influenced beats for guitarist Nick Nord to slice through and beanie clad singer Jake Myers to interweave his vocals in whatever space remains. If there was a perfect medium between Denver’s auditory fixation with jam bands and hip-hop, WAXCAT is a zeitgeist, undoubtedly tapped into the source. With songs like “Oceans” and “Just a Thing” making waves across streaming platforms, we caught up with the WAXCAT boys to figure out what it all means.

303 Magazine: How’d you all link up and how did WAXCAT become a thing?

Nick Nord: So Chris and I, we met in college in Ohio and then after college I did this program, Up with People, it’s a traveling service program based out of Broomfield. I met Jake through that and we started writing music together. Chris and I had always been making music together, so it just made sense to kind of form a group from there once we were all done with that tour.

303: How’d you decide where your music was going to go?

Chris Comisar: It definitely started off as trying to copy rap beats and reproduce them from scratch, and make them as close as I could get, but then that kind of got stale. So it turned into going to more concerts and seeing more live music and seeing how it could turn into something more unique.

NN: Jake’s always been a singer and I’ve been playing guitar for about 12 years, so we took the best of each of us. 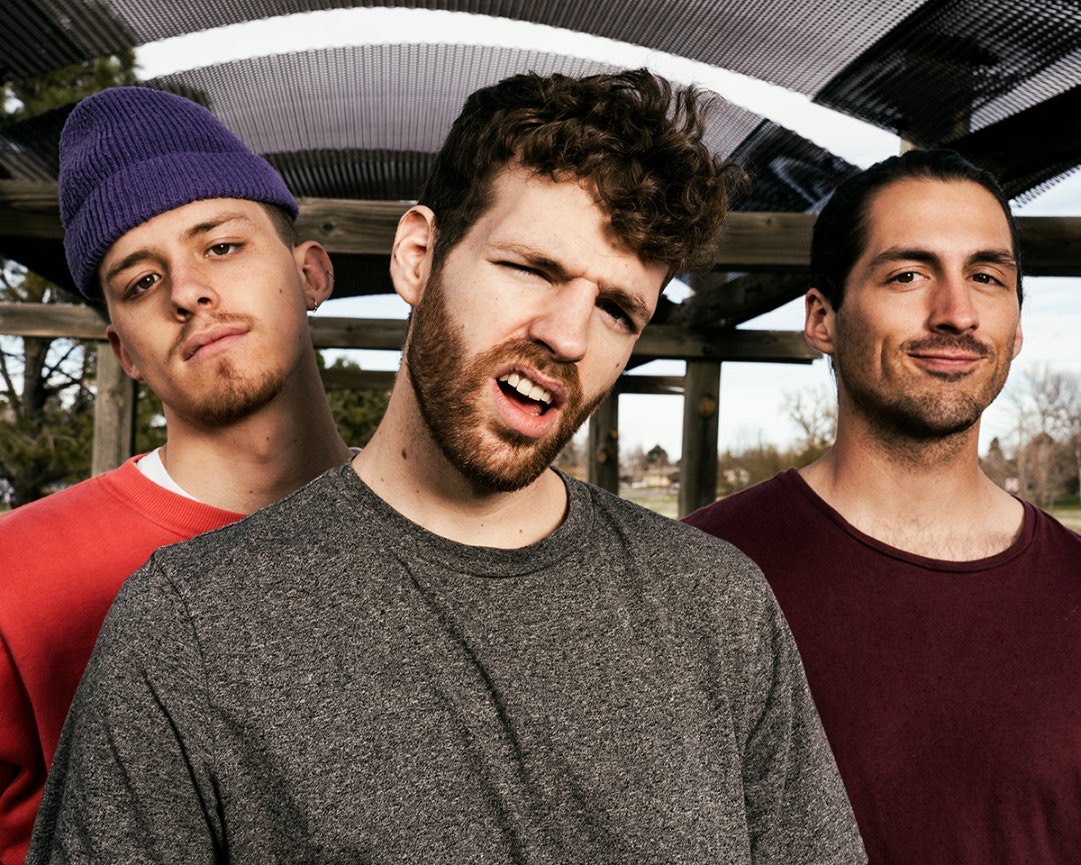 303: What is your background in music?

NN: For me, I started playing guitar in eighth grade, and then in my freshman year of high school, me and three of my friends started a band called Hit The Ground Running back in Ohio. We ended up getting signed and playing Warped Tour and stuff like that. We all went to Ohio University together except for the drummer. That all just kind of fizzled off, and then I started making music with Chris until our year apart. And then we came back and made WAXCAT as my background.

Jake Myers: I pretty much always loved to sing. I learned instruments kind of late – junior year of high school – just to accompany myself. I was always a sports kid, and music was a” just for me” type of thing. Once I became a conscious adult and realized that this was actually what I’m best at and I’m not going to be in the fucking NFL or NBA, I guess I kind of realigned myself. I did a musical my senior year and I realized I liked being on stage, which led me to do the Up for People program where we got to tour the world and sometimes play for thousands of people.

303: Why choose Denver to launch this project?

NN: Chris is actually in Fort Collins and Jake and I, in Up With People, we spent the first month of each semester in Denver. We just liked the place a lot.

JM: I moved here like regardless of the music and then I kind of found a school a block away from where I was working from with Up With People.

CC: I actually lived in New York for a year while they were in the program. I was testing out the music scene there and like seeing if that was the type of scene – city living and all of that. It was totally like not my style and I realized that pretty quick

CC: I was super broke.  I saw a lot of awesome music by myself because the only person I knew there was my brother. I hung out with him and went to see music, stayed at home and made music. So when I was living there, I won this huge remix competition for this artist Clozee, and it was my first rejoice. I was actually driving a box truck through Manhattan full of camera equipment and stuff, and I get this email, and I started crying driving this trunk. That was the first thing that kind of motivated me. I was like, okay, maybe it’s not so bad, at least I have my music.

303: What kind of influences do you guys draw from when making music?

NN: For me, guitar-wise, my biggest influence is probably Pink Floyd.

CC: GRiZ is definitely one of my favorite producers.

NN:  We try to go for a sound that can be listenable for anybody, but if a musician listens to it, they can also be blown away hopefully. 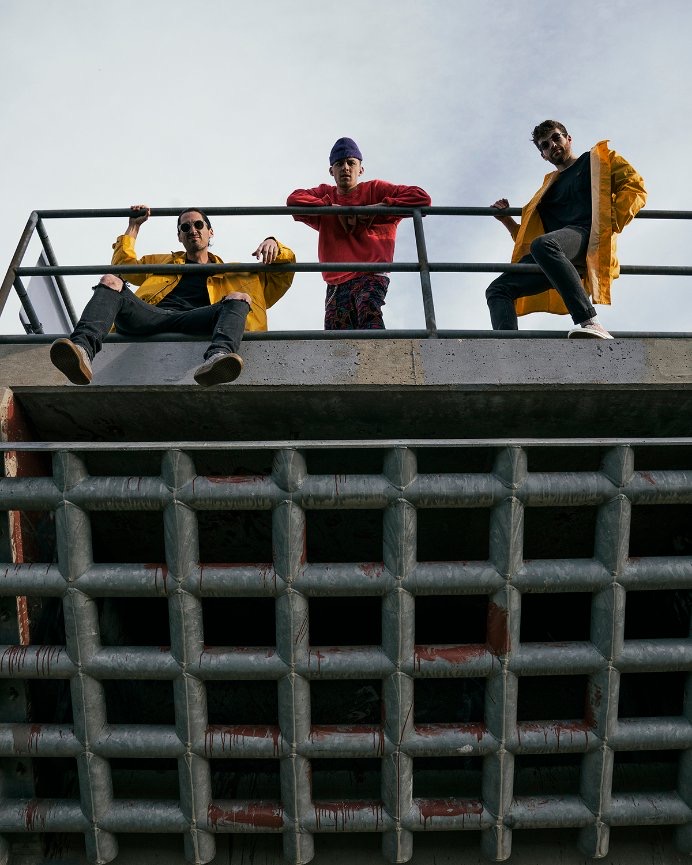 303: What do you all look for when you work together?

NN: We always kind of write on our own and most of the time we’ll come to the other two with a chorus or a verse we’ve written pretty much. We just wean out the best ones and build up those – just whatever sticks with us.

CC: I feel like part of that is being a little more selfless, because you have to sacrifice things to let the music grow and try not to like put up walls before you hash out ideas.

NN: Once we finished “Oceans,” our first drop, we were about to leave Chris’s house and we were like, “okay, we’re not leaving until we think of a name right now.” We were just standing in his kitchen and we were just bouncing words off each other until WAXCAT came out.

CC: I think we were going for something like an animal, or something about nature but also something that changes…

NN: …Being able to fit the mold of different environments.

303: What’s one thing you guys wish people takeaway from WAXCAT if they are listening to you for the first time?

JM: To think more about their place in everything I guess and realize how small and big we are at the same time.

CC: I feel like another aspect of it is trying to put like a sense of compassion in the music, but that you can also dance to. 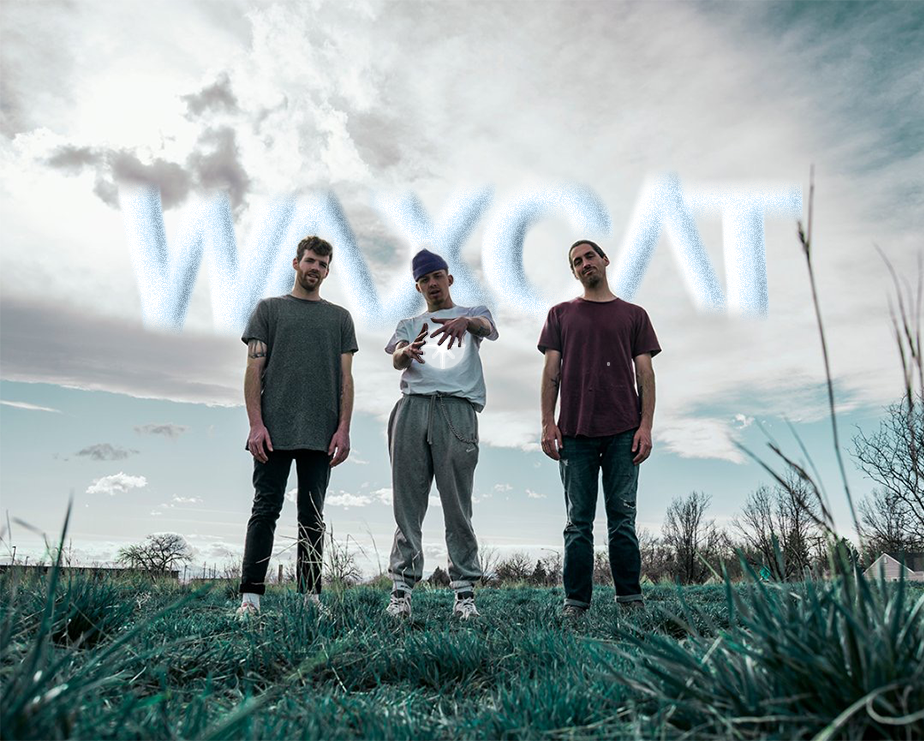 303: “Oceans” has really taken off on Spotify, what do you attribute the success of that single to?

JM: So the thing was it definitely got more attention than we expected. We didn’t put it on playlists or do too much to promote it. We kind of just wanted to feel it out – to put something out and see where it went and what people thought about it. Once it got all that attention, I don’t know, we never really had an explanation for it. People thought we bought Spotify streams and stuff like that. I don’t know. I like to think that it was the message of the song itself, which basically says how much a simple smile can do to break down physical and mental barriers that keep people from open communication.

JM: Just the crowd singing our lyrics back to us. When something like that happens, I’m going to be speechless.

All photography courtesy of WAXCAT.