The world can be very overwhelming, especially nowadays. Outside the now-typical humdrum of a seemingly endless virus in circulation, the existential threat of the changing climate, and the child’s play of politics, among many other dour things, people are tasked with their own existences filled to the brim with a myriad of personal plights. Existence simply is exhausting when left to look at it from a birds-eye view. That’s not to say however, that there aren’t a great many moments that suffice to suck us out, kicking and screaming from the occasional pity party and the crawl spaces of our own minds into a place at peace with itself. This place is sacred, this place is a Saturday with no agenda, and nowhere to be — a place that is present and willing to receive whatever is thrown it’s way. In the same vein, so too was Arlo Parks’ performance at Globe Hall Tuesday night— equal parts reprieve as it was the embodiment of peace of mind and presence.

Check out the photos from Arlo Park’s Globe Hall performance 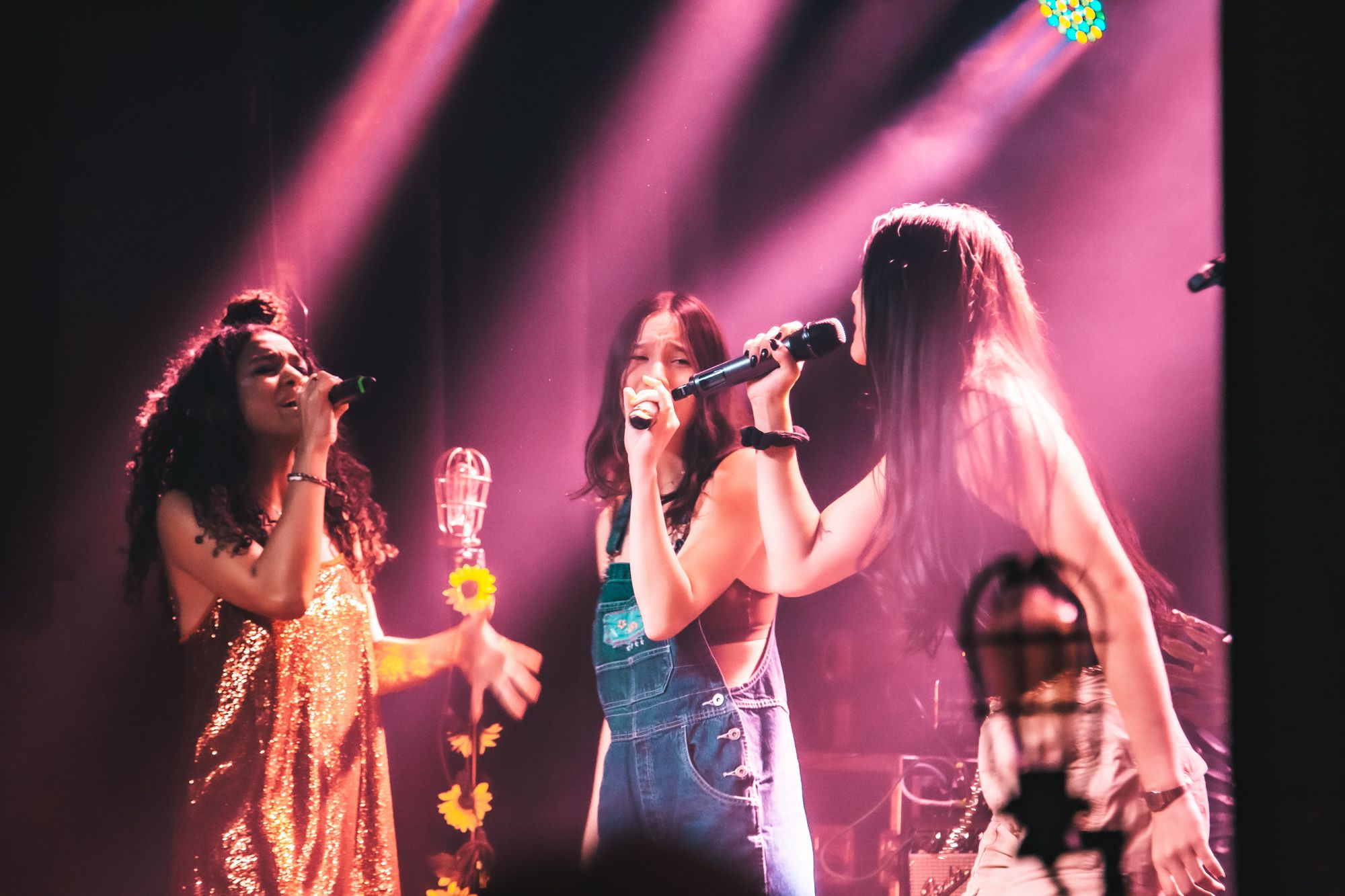 Diverse indie-pop collective, MICHELLE opened the show. It was truly a wonder how all six members managed to squeeze themselves onto the modest Globe Hall stage and move around it with coordinated dance moves, but they did so with ease. The four ladies in the group, Sofia D’Angelo, Layla Ku, Emma Lee and Jamee Lockard serenaded the crowd, harmonizing with each other, and dropping dollop after dollop of their unique styles and voices. At the same time, synth and keyboardist, Julian Kaufman and guitarist Charlie Kilgore took the reins, propelling each of the band’s blissed-out bops. The energy volleyed somewhere between Spice Girls and Little Dragon, danceable and breezy but buoyed by sing-along choruses that felt predestined to be sung at the top of one’s lungs. MICHELLE brought the party, and group participation wasn’t a suggestion, it was a requirement.

Following a brief changeover, the Mercury Prize-winning Arlo Parks confidently took the stage with her band and their blooming smiles amidst the blossoming flowers dotting the stage. Not one to delay, Parks dived straight into her breakthrough debut, Collapsed in Sunbeams to the tune of “Hurt.” Park’s saccharine vocals iced her songs with enviable precision and poise — sunshowers in her garden of paradise. As they say, when it rains it pours, and for Parks, as soon as the first song spilled from the speakers, Parks had the audience swept up in the flood. 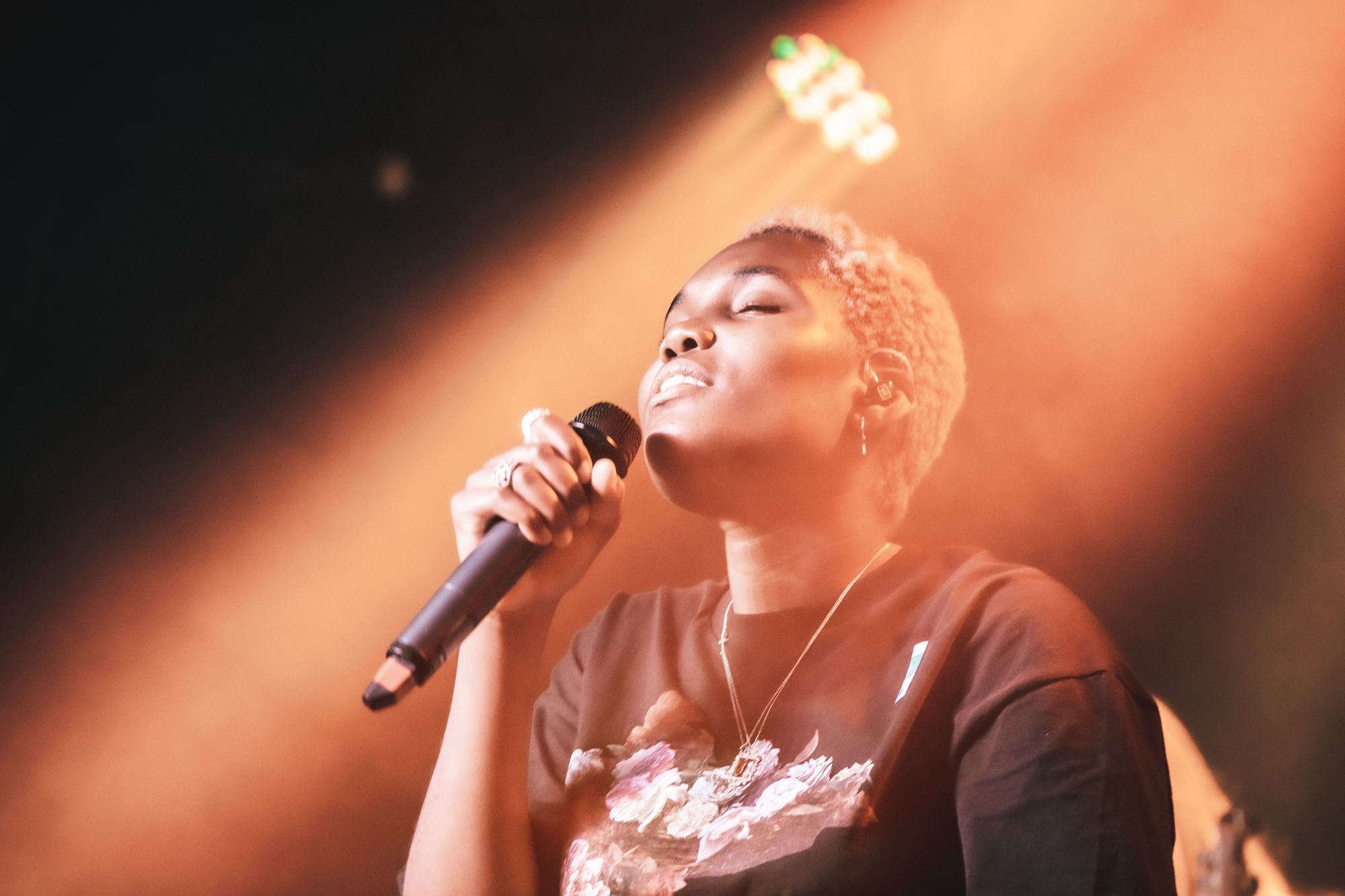 The peace that entered the room put a pause on conversations and paved the way for Parks to bare her soul. With a poetic approach, Parks weaved stories of her life with the lives of her friends and strangers, and their plights against depression and societal expectations among other things. “Eugene,” “Caroline” and even “Sophia” took on new lives, as Parks breathed life into the eponymous songs and with rich narratives and music that consistently felt genuine. Some of her most popular cuts like, “Cola” and “Too Good” elicited grand responses that had the audience losing composure on the choruses. As scaled back the demeanor of her debut may have appeared on record, in the scope of her live show Parks wasn’t afraid to chop it up and to let her band embellish her tunes with fluttering keys, rambunctious drums and fiery guitar solos, elevating the performance. Parks even took the time for a poetry break — the medium she’d originally started in before music — bringing her origin and purpose full circle before our eyes. 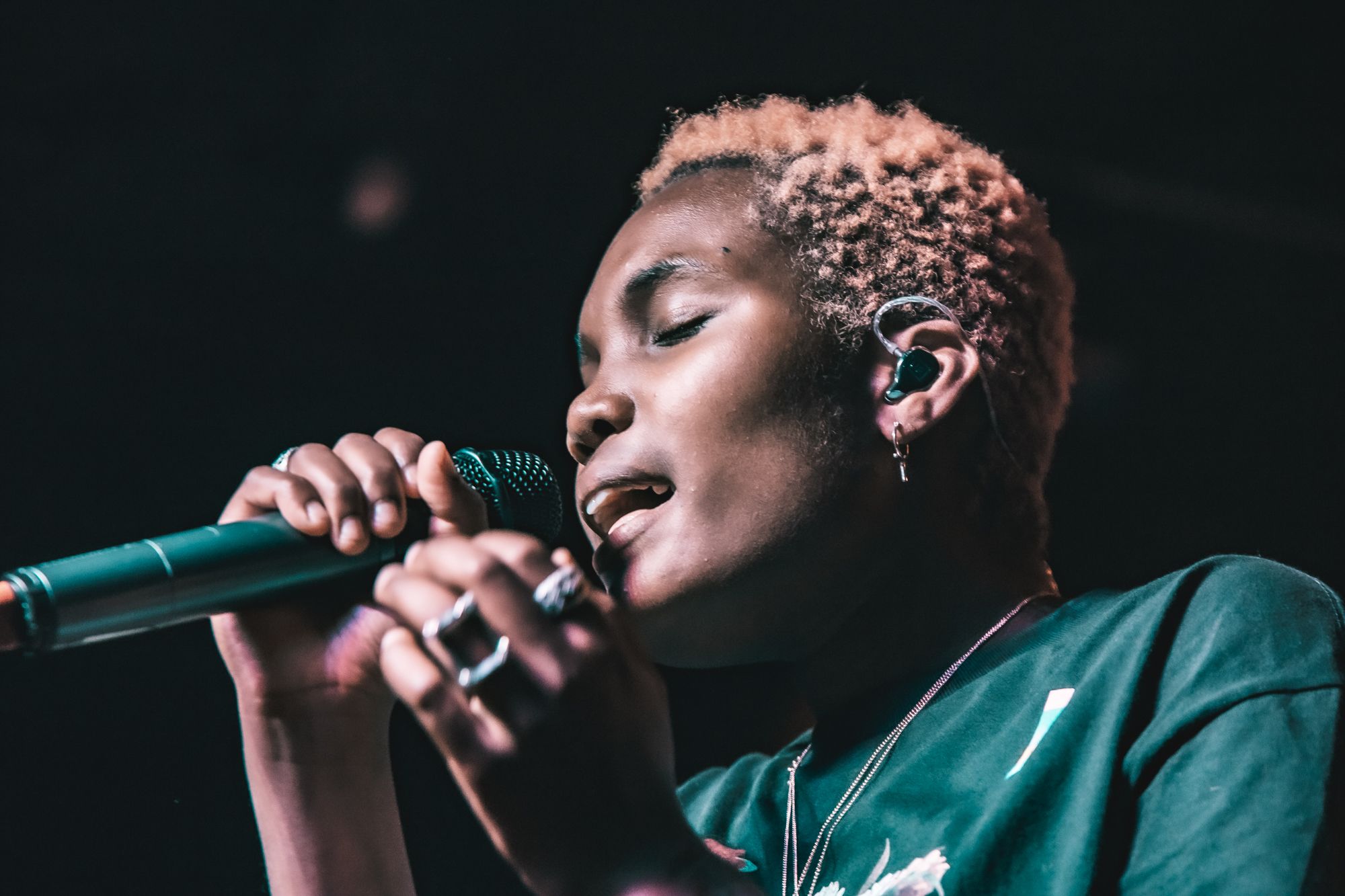 As overwhelming as the outside world is, Parks ensured that her time and her space in Globe Hall would be a safe one, where the audience could feel out her music as they wished. No bad vibes entered the building, and certainly, none left if Parks had anything to say about it. Through the songs of heartbreak, struggle, and love, Parks showed there was power in presence — being in the moment and letting everything else be but for a moment, completely irrelevant, and we were better for it.