Imagine being chased down a long dark hallway by live mannequins accompanied by spiders crawling on the walls. Time feels like it’s barely moving and the idea that this could be endless begins to sink in, only to be jolted awake by the jarring sensation of free-falling. Nightmares like this demand an equally chilling soundtrack to offset the terror. Queue, Julian St. Nightmare, the divine intersection of garage rock, ethereal synth house and ‘80s darkwave, to make your most insufferable dreams enjoyable.

Named after the street where two members once lived, Julian St. Nightmare is for those with a penchant for horror movies, or simply music to rouse your unsettled soul. The five-piece outfit based in Denver formed through the mutual adoration of ‘80s music and the pursuit of a good time, which hasn’t wavered. From warehouse DIYs to freezing garage sessions, Rodolfo Morales, Jesus (Chico) Arellanes, Genevieve Fulton, Tanner Garren and Sergio Castoreña of Denver’s Los Narwhals, are seriously just really good friends, which is kind of the reason their music works so well. The way guitarist Morales remembers it, their conception was a drunken decision that one can wake up from and be proud of.

“We went out drinking one night and ended up at Tacos Rapidos and thought, ‘Oh, we should start a band’” he said.

Since then, the group has harnessed the cinematic energy of John Carpenter’s synth scores and the garage rock sound of Interpol with a Latin flair to create a haunting sound all their own. Explored on their forthcoming singles slated to be released in a couple of weeks, this sound is influenced by each of the members’ unique upbringing and culture. When writing music, the band’s synergy blossoms through experimentation and helpful reinforcement.

“It’s a positive feedback loop”, Garren stated, “It’s good too because people usually bring different stuff to the table and it can all come together in a way that’s cohesive. Especially because we are all coming from different points of reference.” Bassist, Arellanes adds, “Three of us are Latinos so it’s kind of just ingrained in us,” he emphasized, “We aren’t like ‘hey, let’s make this more Latin’ it just comes out.” 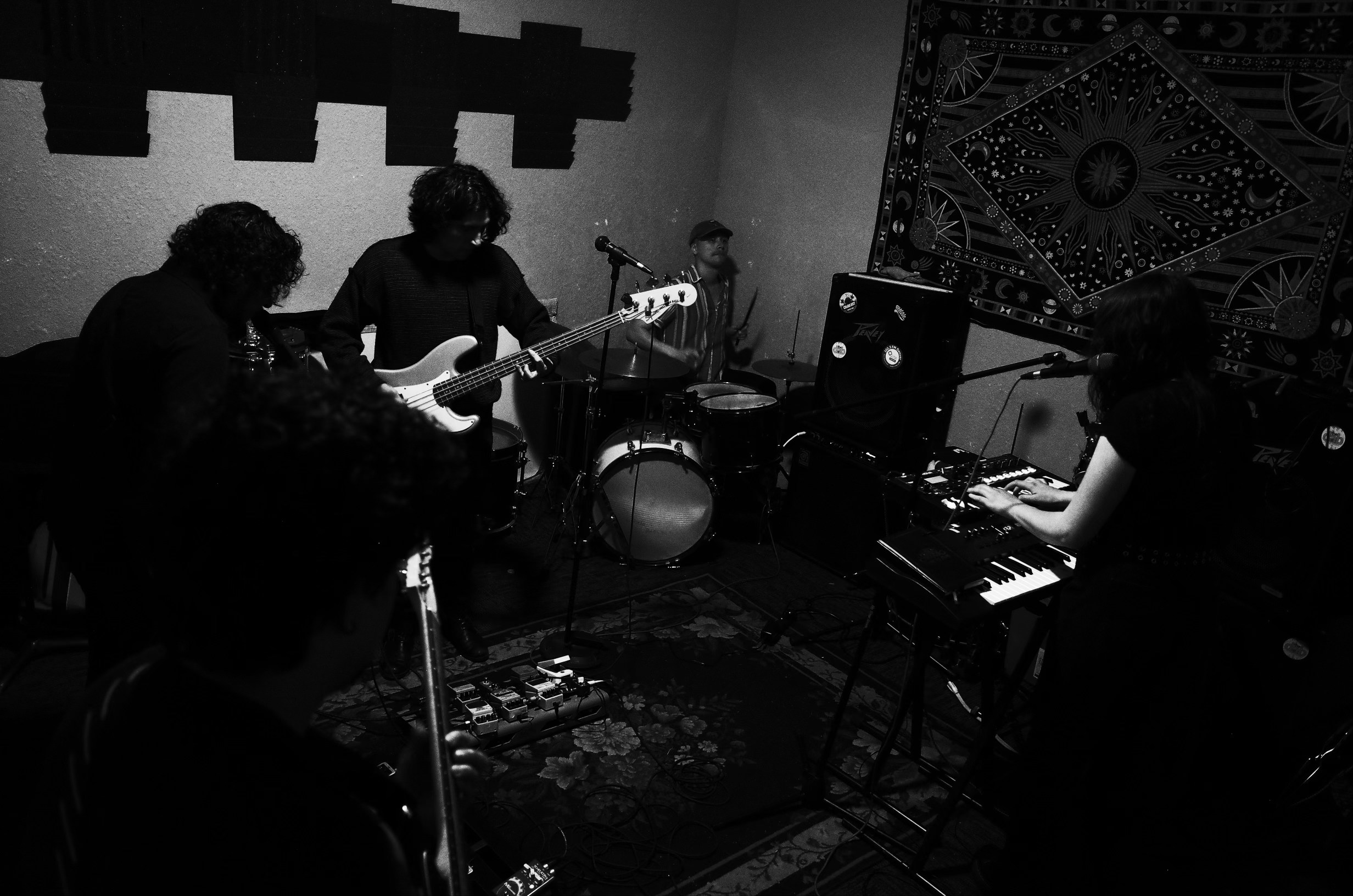 Ahead of their upcoming singles, the band reflected on their first two tracks released in 2021. Unlike the digitally recorded forthcoming singles, “Gaga” and “Knot” were both recorded reel to reel with vintage analog equipment, adding to the hazy grunge of the pieces. “Gaga” began with the unexpected inspiration of Lady Gaga, hence the name.

“I was trying to make a dark wave cover of “Alejandro” by Lady Gaga” Fulton said. “I was like ‘I can make a goth version of this song,’ but I tried and it was weird. I played a chord progression from the chorus and just played around with it on the bass synth.”

When Arrellanes heard this riff, he was inspired by a bass line from the Turkish post-punk band, She Past Away, and the track sort of fell into place. On “Knot”, the bulk of the song was influenced by a track off of the GTA 5 soundtrack, inevitably showcasing a collage of all their influences.

For their upcoming singles, you can expect a departure from the warmth of the analog tracks traded for a cleaner more electronic sound, which will be debuted live at their Halloween show on October 29.  Either way, the very youthful, meme-centric group chooses not to take themselves too seriously. While they are planning coordinating Halloween costumes and laughing collectively at the idea of a muscled-up meme version of Arellanes, they are also exercising outstanding songwriting chops. 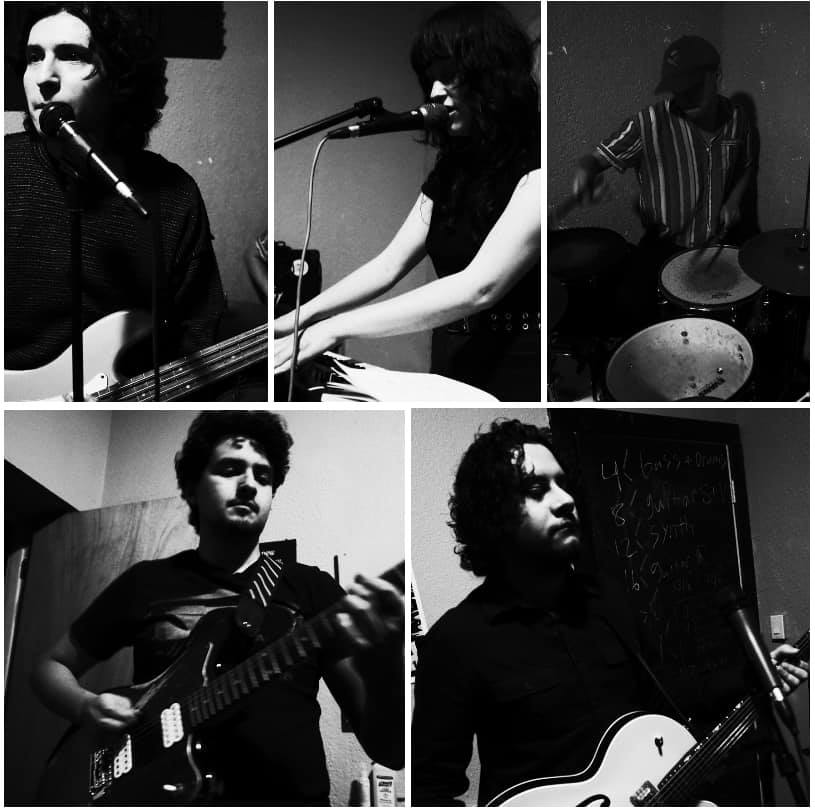 To get lost in their music is to get lost in the depths of the distorted reality which are your dreams. To condense that sensation into a single phrase, Garren offers, “Nightmare logic — it sounds like a farce, but in that time frame it feels real”.