Friday night, indie rock and experimental lo-fi pop band Japanese Breakfast took over the Ogden Theatre. They delivered a simple and potent show filled to the brim with off-beat instruments, Asian influence and wavy melodies. “High energy” isn’t exactly the term for a show like Japanese Breakfast, but that’s okay. People didn’t come to their show to dance, although the crowd embraced a few short moments with groovier tunes to sway together. Instead, the focus was really on the sonic experience, which showcased plenty of ambiances, nocturnal vibes and an undeniably pretty musical score.

Before Japanese Breakfast took the stage, Luna Li warmed up the crowd with a pleasant and laid-back performance that was a perfect choice for the opening spot. A very similar vibe to Japanese Breakfast, Li embraced the lighter side of indie-pop music with plenty of pretty piano melodies and stripped-back guitar passages. There was nothing too flashy happening here, but that’s kind of the point. 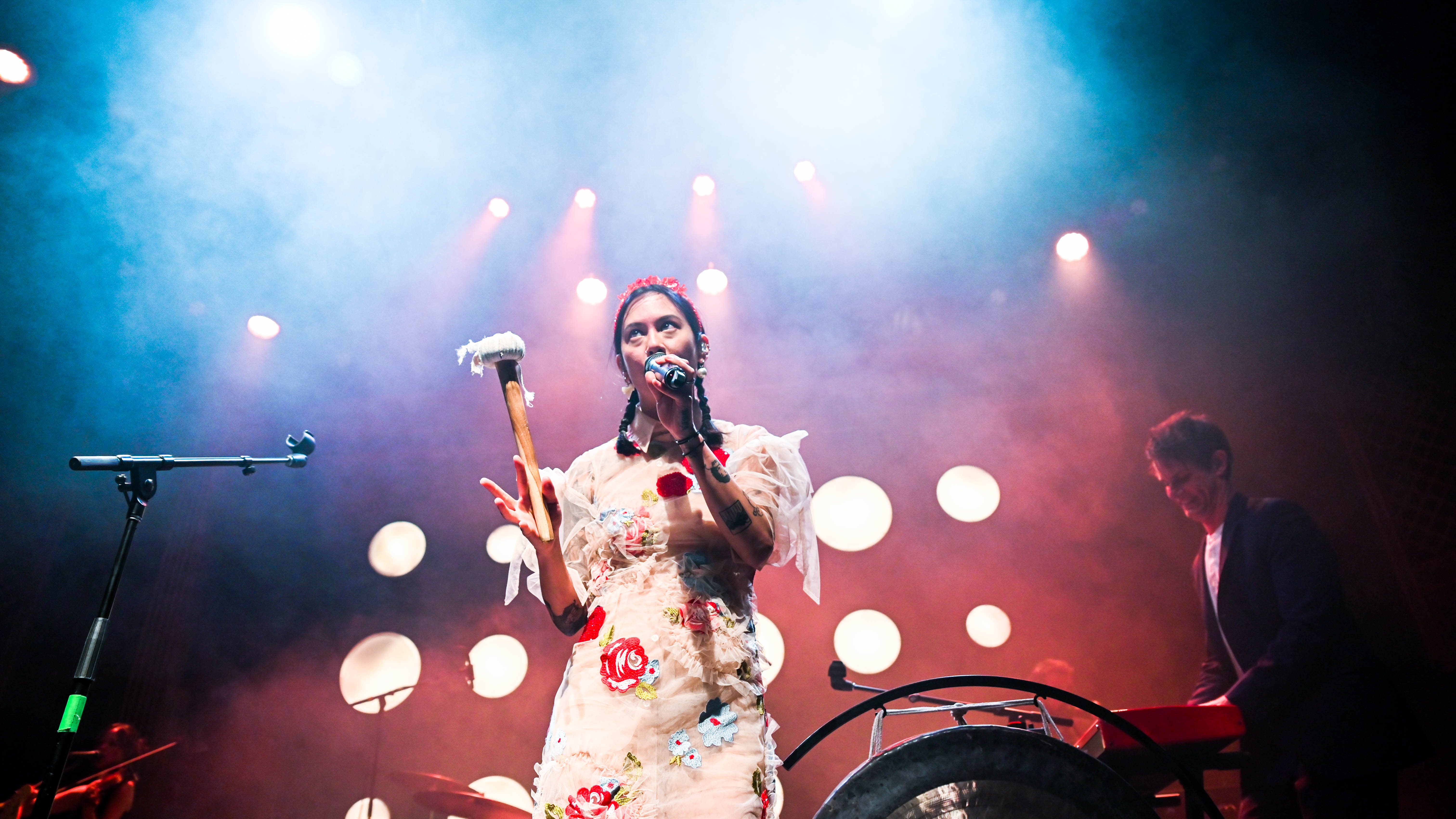 None of this is to say Li’s performance was void of originality. Her performance was just as intimate as the music she creates. In fact, some of the highlights from the opening act were rooted in Li’s deliberate authenticity. She raved about her favorite instrument, a butterfly-shaped guitar she bought from someone’s father on Facebook after he realized his daughter was still too small to play it. She also told a story about leaving the studio early to see Japanese Breakfast four years ago, and how much it meant to her that they asked her to open up for their 2021 tour. These stories were touching and genuine and never came across as braggadocious. It was clear how much she enjoyed reliving these experiences as she gave pieces of herself to the audience with a bubbly demeanor and contagious smile. 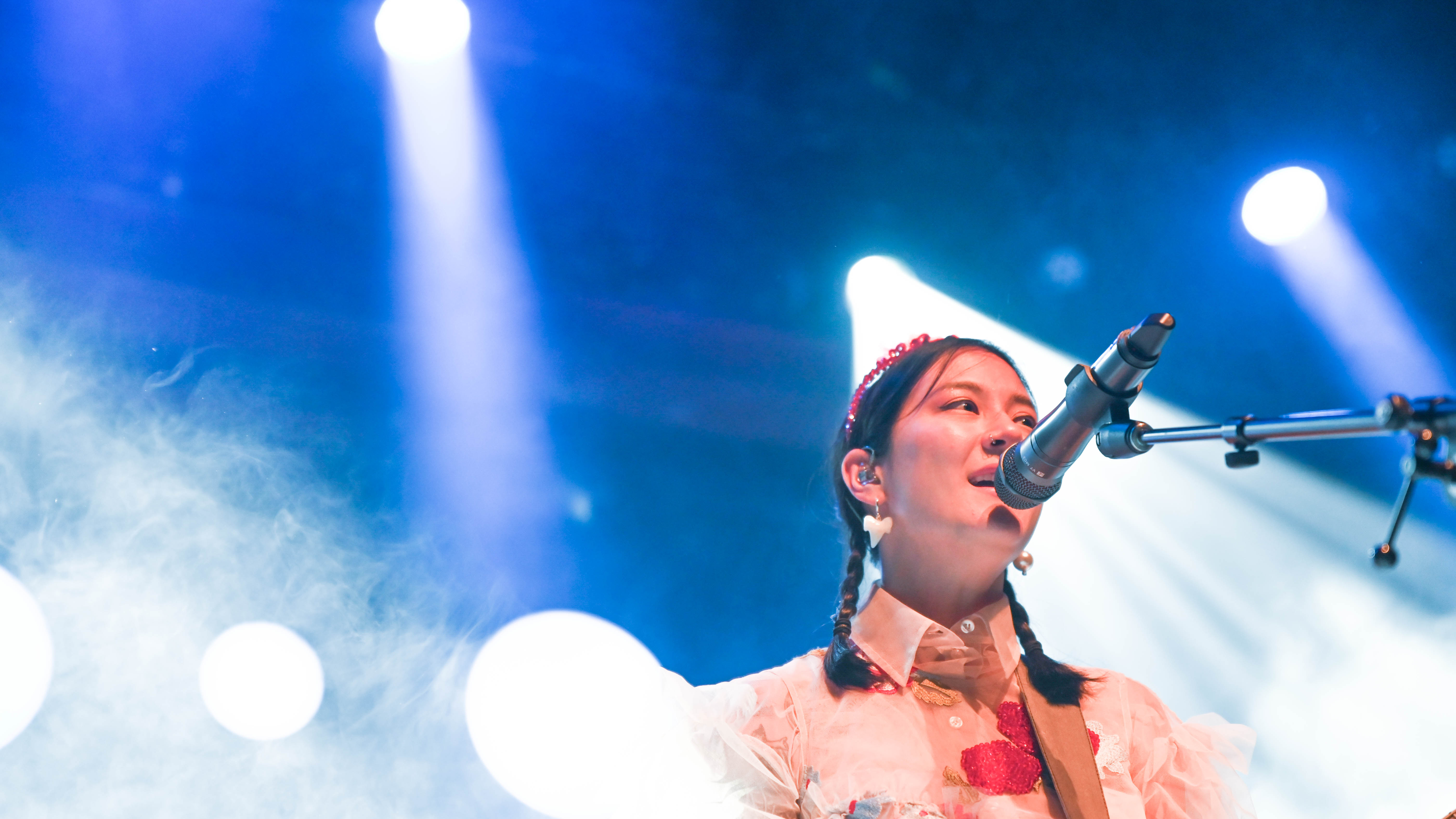 Music doesn’t have to be grand and performances don’t have to be eccentric to be enjoyable. Both Luna Li and Japanese Breakfast proved that point, although Japanese Breakfast occasionally dipped their toes into some more deliberate and richer production choices. The balance the band reached between the sedative lo-fi sonic atmosphere of their music and the more grandiose production choices like a decorated gong placed center stage and Michelle Zauner’s oriental cherry blossom dress was appreciated by all.

Church bells and saxophone dominated the first few minutes of their performance and set the tone for a night of sterling improvisation. Sax, piano and guitar solos all made welcomed appearances throughout the show and never seemed erratic or misplaced as she performed songs from Jubilee, Soft Sounds from Another Planet and Psychopomp. Zauner creates music that makes plants grow – music that feeds off good intentions and waters the creative garden of the indie-rock community. 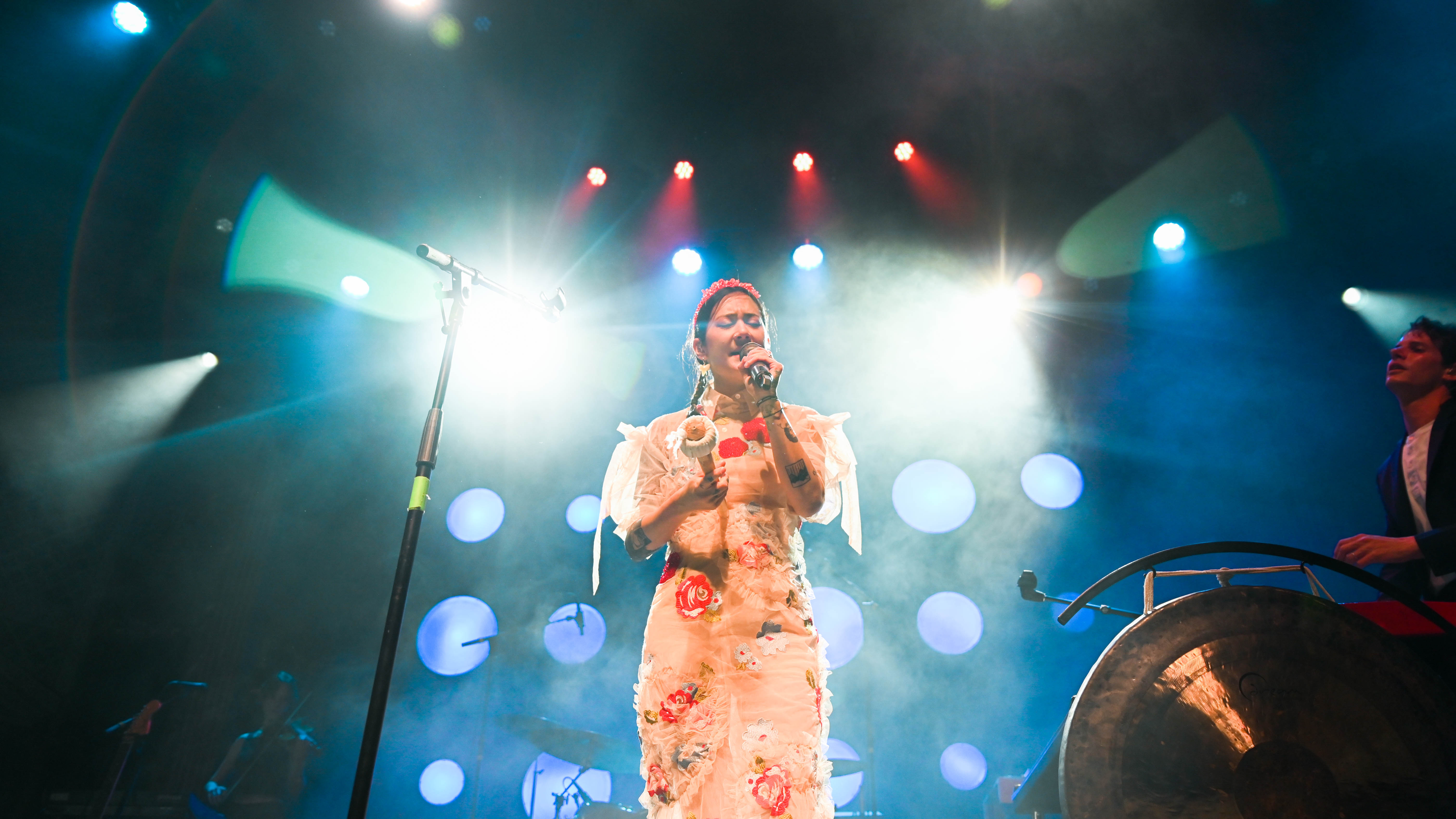 Songs like “Everybody Wants to Love You” and “Paprika” highlighted the more upbeat side of Zauner’s unique sound and provided opportunities to inject some energy into the performance with pretty, loud guitar solos and tight drumming, while “Boyish” created a soft and expansive jazzy atmosphere. Zauner’s slower tracks were inviting, warm and rich, teleporting the audience to dawn’s golden hour. It’s music that pairs perfectly with a bright sunrise, hot coffee and a perfectly rolled spliff. It’s a Sunday morning spent in front of a grand piano, writing poetry and soaking up the quiet, introspective parts of life before chaos inevitably finds its way into our psyche. 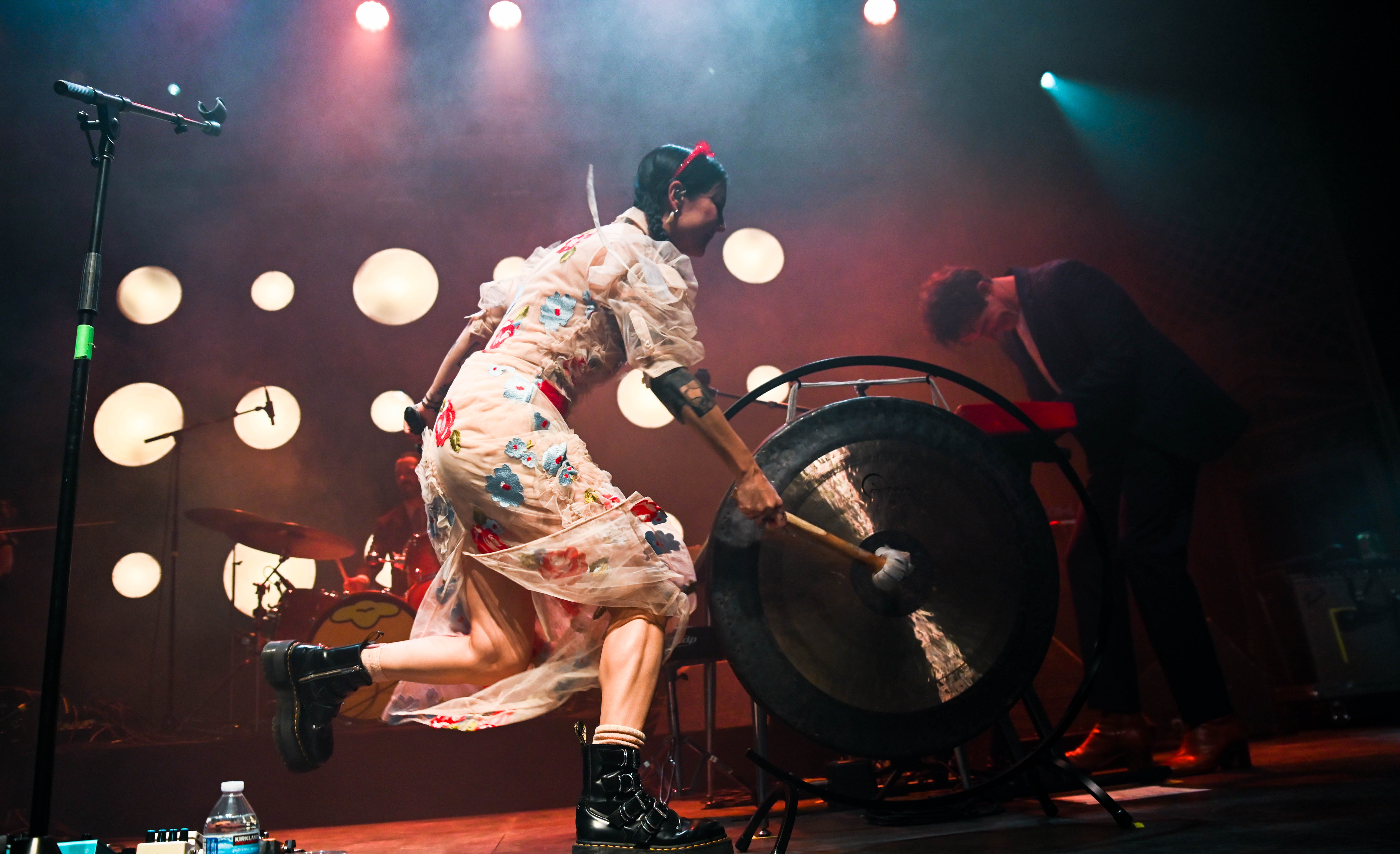 As the night concluded with a Dolly Parton cover and “The Body is a Blade,” the crowd enjoyed their final moments away from the real world. As it were, Japanese Breakfast successfully teleported the audience to a faraway land, another planet where evil only exists in theory and misfortunes are as beautiful as they are haunting. Zauner’s writing was intimate and her music was a warm hug from a long-lost friend on a gloomy winter day. Japanese Breakfast’s music is perfect for the autumn season, and their show at the Ogden was a wonderfully decompressing experience filled with pleasant surprises and quiet bliss.