It’s not often you meet a group of people that all have a passion for tarot, astrology, mystical art and alchemy. These spiritual practices invite you to encounter something out of the ordinary and dive deep into your own subconscious to reveal answers to your deepest questions. Enigma Bazaar offers guests the chance to learn and experience something mystical through a wide variety of immersive art and theater performances in an intimate setting. 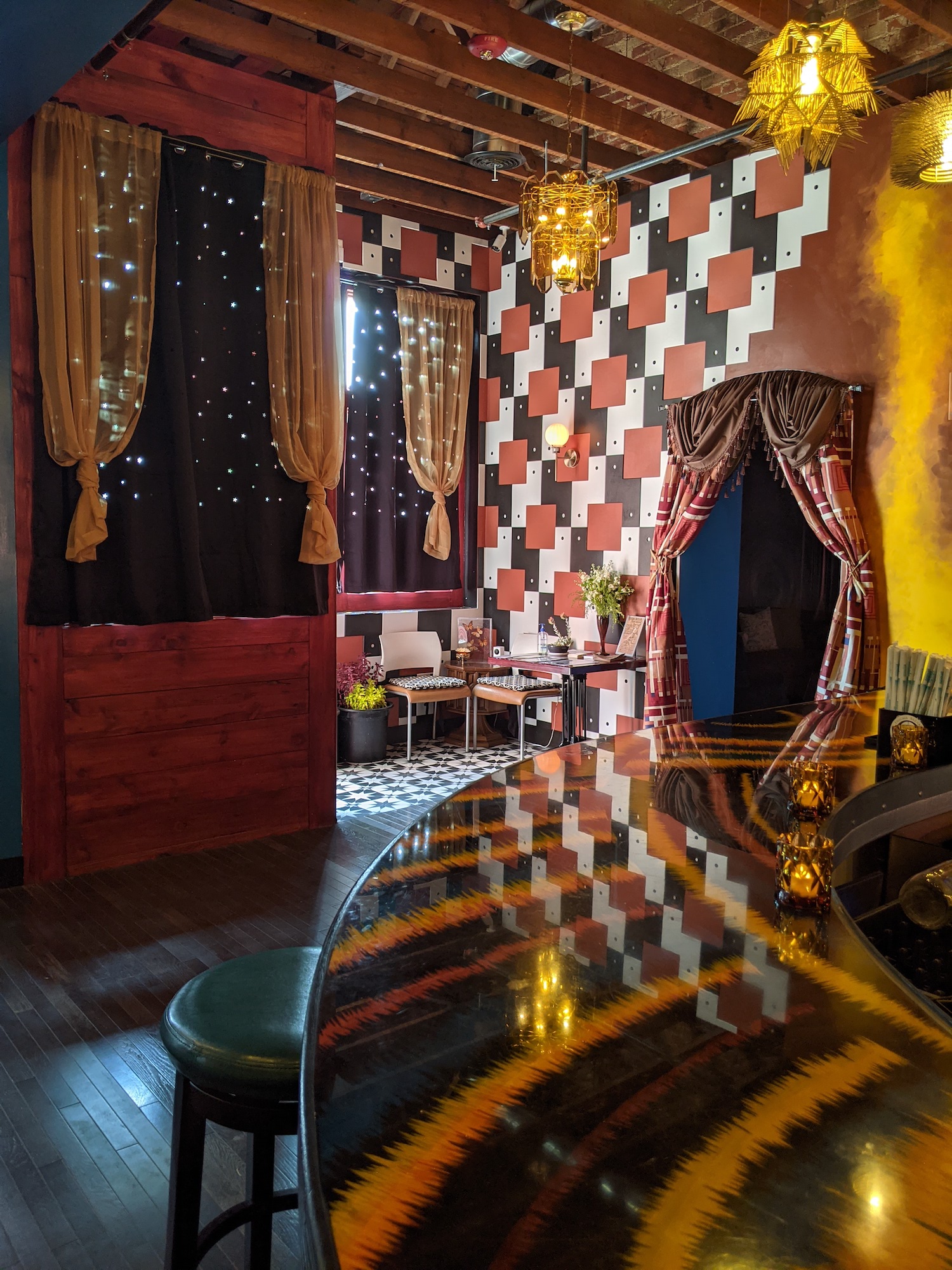 Enigma Bazaar’s co-founders — Carly Howard, Chad Howard, Christine Samar and Autumn Eggleton — all met while living in New York. They each moved to Colorado at various times over the years and began working on the concept for Enigma Bazaar over three years ago. Their devotion to theater, astrology and tarot, plus backgrounds in visual and performing arts, made for an eclectic mix of talents that led to many ideas. One thing they all knew though — it was going to be a mystical art bar. “We wanted to combine theater and mysticism to create different atmospheres for people to experience different things,” said Carly.

The venue is actually designed after the Kabbalistic tree of life and you can see the tree from a bird’s eye view. “I don’t know of any venue that is exactly like it,” said Carly. The space has a sun room and a moon room that each provide very different experiences. The sun room is home to the main stage and bar while the moon room provides a cozy, intimate experience. “It’s very ethereal and a very different vibe,” said Carly. Enigma Bazaar will host a wide variety of performances on its stage. From magic shows to tarot readings and circus to film, you’ll get to see many mystical acts. “I don’t want people to ever get bored,” Carly explained.

In addition to the regular performances, you can also go into the Bazaar to enjoy a casual cocktail and dinner. The cocktail list is made up of five “elemental headliners” that are inspired by the five elements: fire, water, air, ether and earth, in addition to “timeless with a twist” cocktails that build upon the classics. The “fire” cocktail called Phoenix Rising is made with ginger-infused vodka, chile liqueur, passion fruit and celosia flower garnish while the black moon negroni includes gin, campari and amaro. During happy hour — daily from 4 to 6 p.m. — you can enjoy $5 cocktails along with food specials like east coast oysters on the half shell for just $2.25. 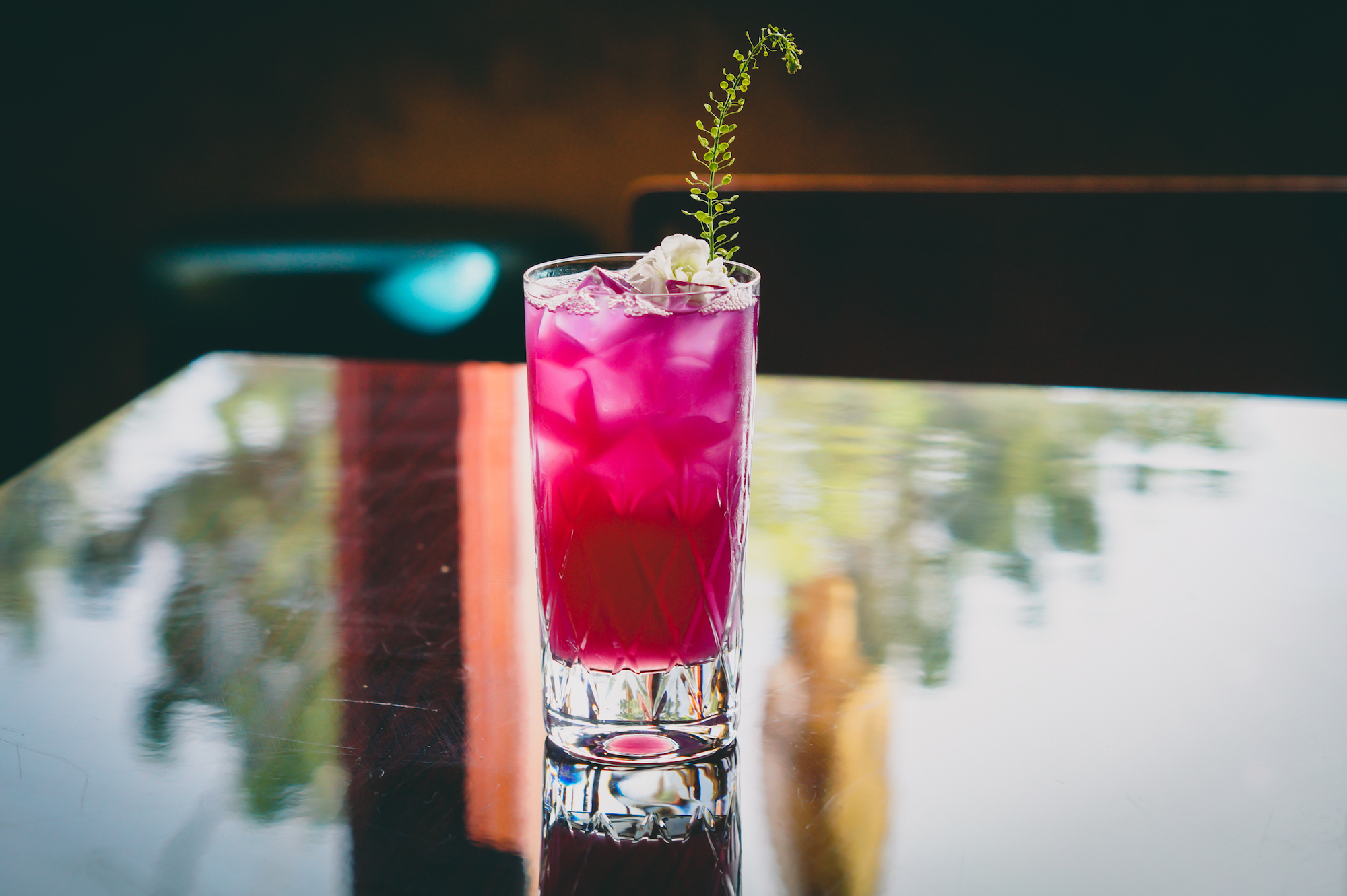 Enigma Bazaar also has partnered with Chef Edwin Sandoval of Xatrucho to offer dinner from 4 to 10 p.m. Thursday through Sunday. Xatrucho offers a new style of Latin cuisine that blends classic techniques with seasonal ingredients to create authentic Latin American dishes. Sandoval sources heirloom corn from Mexico and brought back spices from his last trip to Honduras to put an emphasis on strong flavors and ingredients that make a statement. Items like the housemade pasta with sofrito, herbs, queso seco and olive oil may not seem like traditional Latin American cuisine, but that’s what Sandoval grew up eating. “I grew up eating a lot of spaghetti in Honduras so I wanted to make it as fresh as possible,” said Sandoval. He also serves dishes like mezcal cured fish, braised brisket and blue corn chochoyotes — a dish similar to gnocchi. 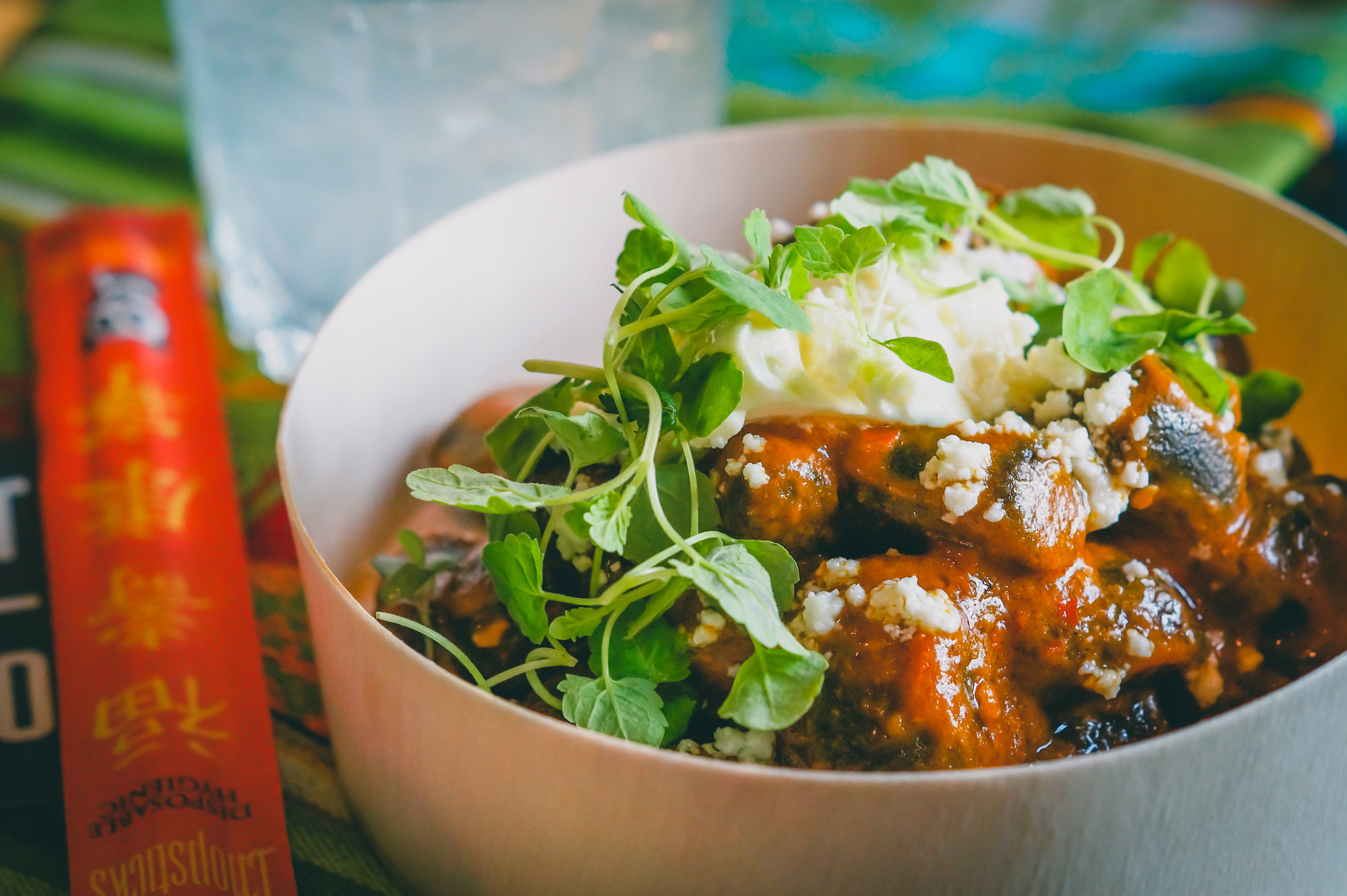 If you’re looking to step into a mystical world, venture to Enigma Bazaar. You’ll learn something new through an immersive performance, tarot reading or even by trying a new dish — and you’ll likely learn something about yourself along the way.