A farewell tour is bittersweet for both band and fan. It’s a celebratory goodbye of sorts — feelings of excitement and jubilation rest uneasily atop the notion that, for both parties, it will be the last time either share a venue together. In the case of Dr. Dog, it’s especially difficult. Considering their devout supporters and discography spanning 20 years, their current tour, aptly named “Last Tour 2021,” serves as a last-hoorah for the Philadelphia outfit. On Saturday night, their final excursion stopped through Denver’s Ogden Theatre for one last jam session in the Rocky Mountain state.

The Ogden is structured like the inside of a farm Quonset. It sports a high, slight arching ceiling with terraced floor space and a fan the size of a helicopter propeller. In the moments that led up to Dr. Dog’s opening band, Toth, the intermission lights shone a thick blue-purple onto an assortment of instruments covered by blankets. The crowd was large, but not shoulder to shoulder. Spectators gave the person to their left and right enough space to breathe and relax. It was a cool, comfortable space where everyone chatted with one another — like a high school reunion free of judgment. Dr. Dog played the role of the classmates who started a band. 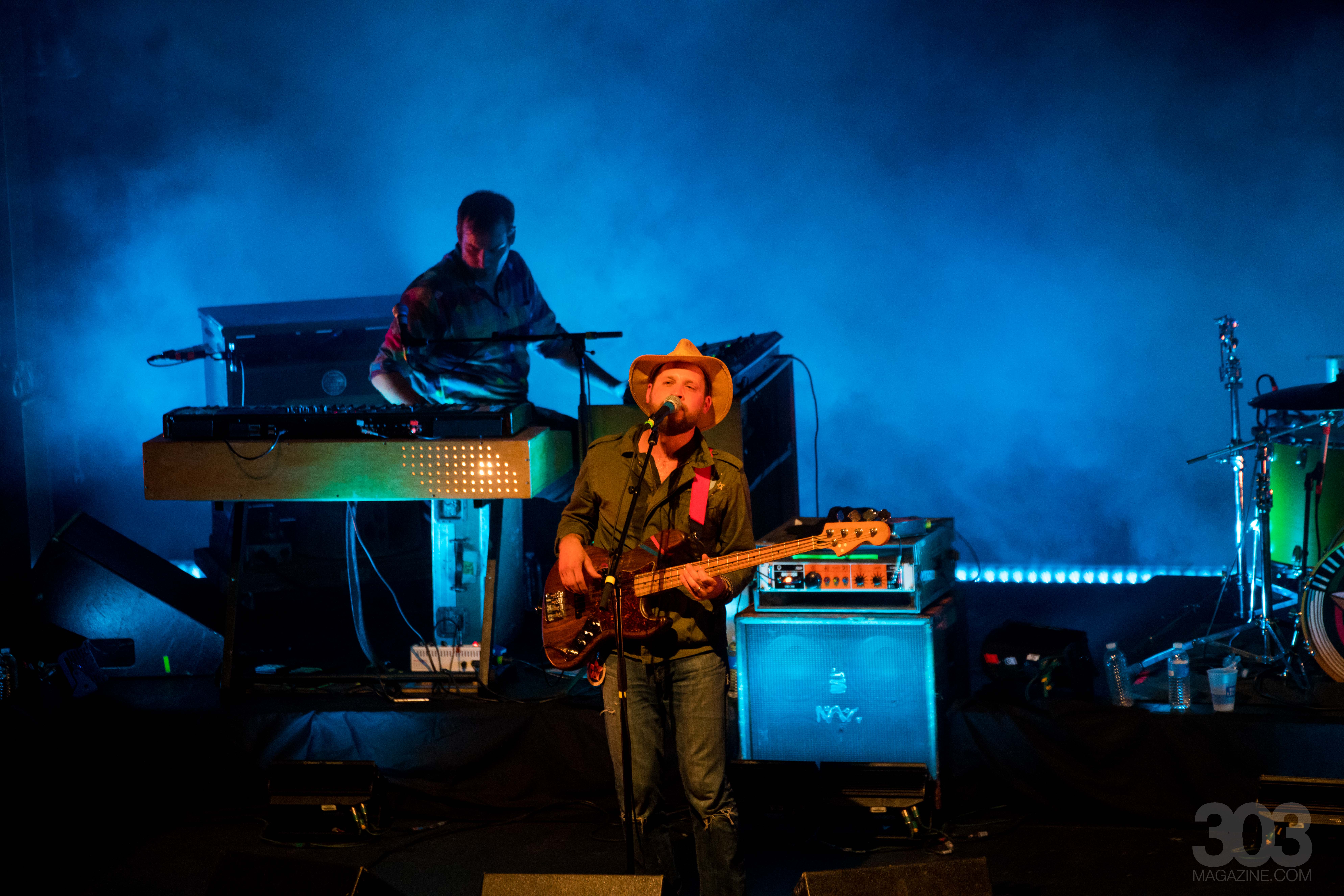 Toth — a Brooklyn-based trio — wore butterfly wings on stage. Fittingly, they opened with “Butterflies,” a 38-second song off their new album You and Me and Everything that had the vibe of a stress-relieving exercise. Alex Toth and company’s best moment came with “Turnaround (Cocaine Song).” The lead singer, guitarist, trumpeter and keyboardist told a vivid story of a night on the town. Midway through, Toth broke out a trumpet and spat a brass solo into the middle of the song. At one point, drummer Jeremy Gustin ripped on his drum set with one hand and shook a tambourine with the other. It is clear that every member of Toth is multi-talented in the musical universe, and “Turnaround (Cocaine Song)” is a glowing example of such. Sing-along sections were taught to the spectators on multiple occasions, most notably for “Daffadowndilly,” where even the group’s tour manager joined the stage for backup vocals and string work. The gallery joined Toth in singing “Happy Birthday” to bassist Ryan Dugre’s partner before playing a few more songs and exiting the stage. 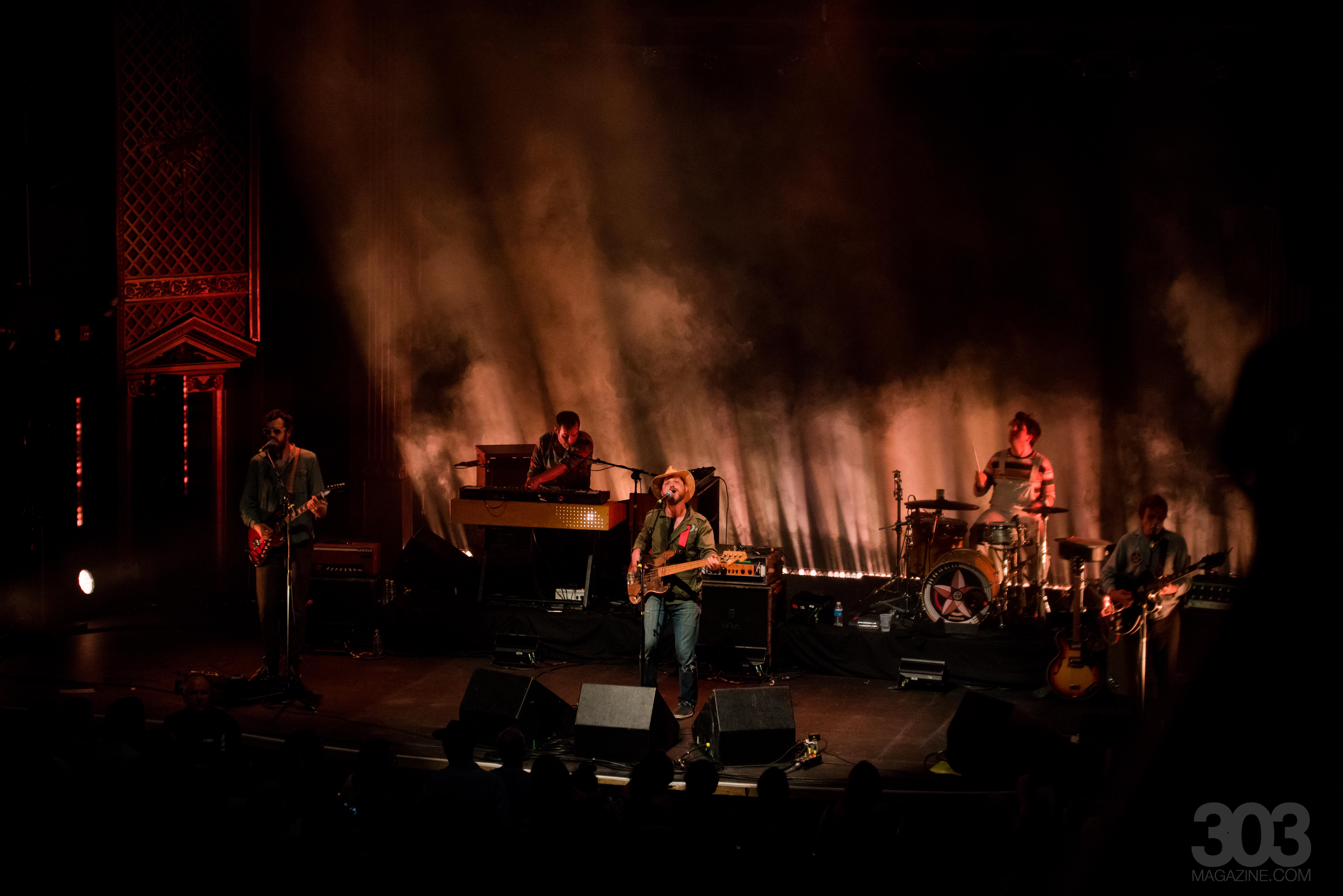 After a brief intermission, Dr. Dog ran onto the stage and kicked it into high gear. They began with “Lonesome,” an absolute ripper with speed and energy-inducing percussion. Bandmates skipped around the stage beneath strobing bursts of warm-colored lights. Scott McMicken, Toby Leaman and the rest of the crew have always had a visibly great time on stage, and on Saturday night, they jumped around the theater like there was no tomorrow. Notably, there was a lack of an age bracket in attendance. Dr. Dog’s two-decade spanning library is meant for all people: suburb-dwelling teens, Cap Hill young adults and Boulder parents alike.

Leaman, front and center, asked the crowd how their Sunday went. “I watched football and got dinner… that’s kind of it,” he says. “Shadow People” came not long after, posing the question “where do all the shadow people go?” Its repeated chords and drum bashing is a combination conceived in music heaven. A mosaic tarp of irregular geometric shapes hung behind the ensemble and felt loosely metaphoric to the band’s makeup of six uniquely talented members. “Heart It Races,” a fan favorite, saw the lights quickly change back and forth between the delivery of verses and the chorus — low energy, sing-along verses cut abruptly by full-fledged rock choruses. 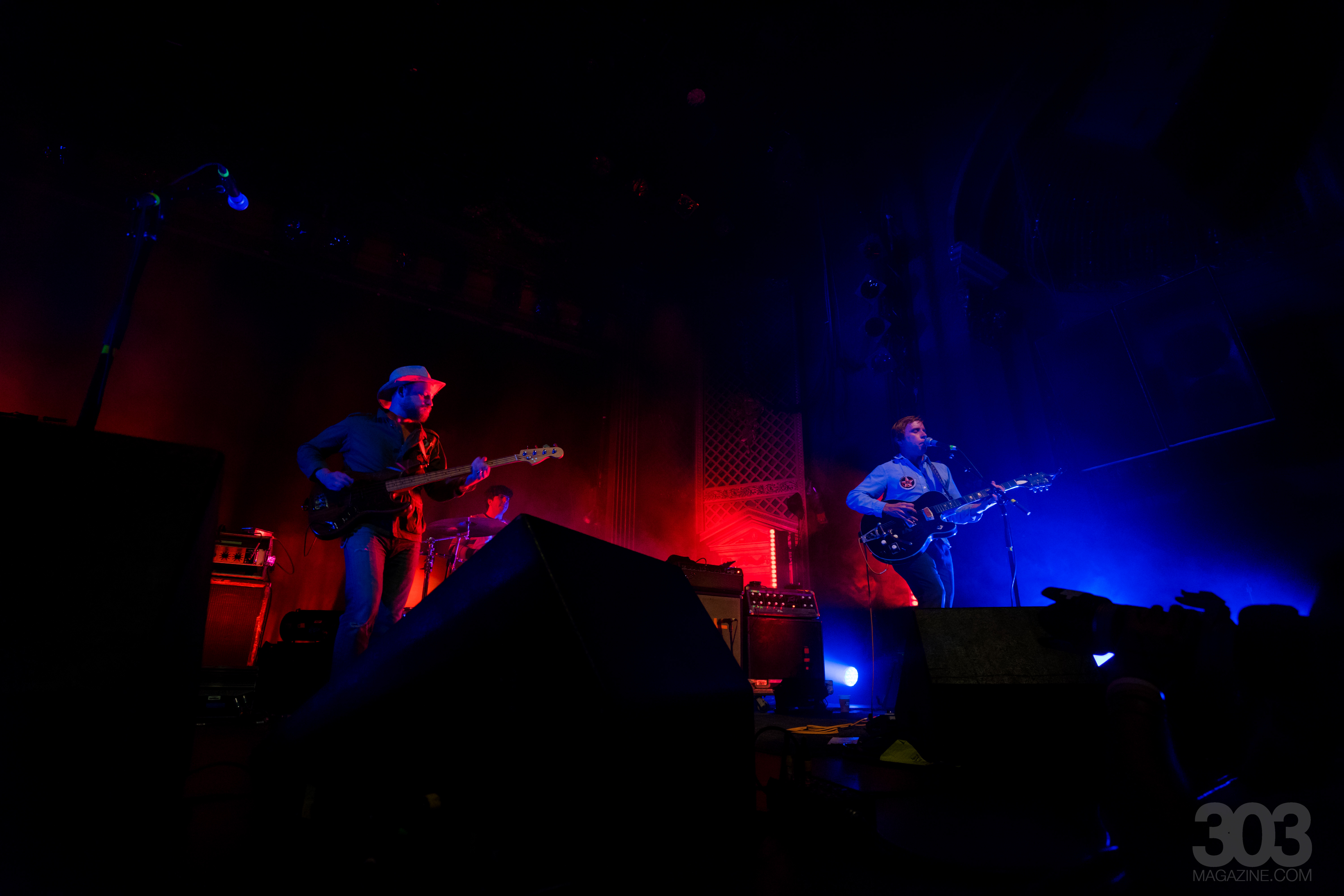 McMicken, Leaman and guitarist Frank McElroy took turns singing different songs. They are a vocal triage with McMicken at the helm, stretching octaves and ranges. “Listening In” was perhaps the show’s biggest highlight — the introductory track from their 2018 album Critical Equation. McMicken’s voice had a raspy, pleasing edge to it, as he continued to ask exactly “who are they talking to?” Every strum felt like a downbeat punching the audience’s soul. The delivery was heavy but slow as molasses as it floated over an Arcade Fire-esque keyboard. The lights exploded into a bright yellow haze as one of the night’s many high moments reached its coda. Dr. Dog continued with songs spanning their 12-project catalog before waving a final goodbye to their fans. Like a much happier version of Marley & Me, Dr. Dog’s performance on Saturday night was Denver’s chance to say au revoir to man and woman’s best friend.