Photo courtesy of the Burroughs

Will funk music ever go out of style? There’s something so effortlessly addictive about snappy percussion, shiny horns and sweeping synths. It’s a musical gumbo, and The Burroughs know the recipe by heart. Johnny Burroughs and company released the visuals for their summertime groove, “Baby Get Down,” in mid August and the music video’s vibe could not match its accompanying record more perfectly.

The Burroughs put on a performance in this one. The whole crew — instrumentalists, dancers and the background dancers all sporting white-striped, baby blue tracksuits. It’s as if every person on-screen is one spin away from a breakdance. Johnny Burroughs — the groups frontman — splits the frame down the middle. He sings up and down octaves with energy and poise, cutting between horns and beam lights placed symmetrically behind him. In the songs final third, every piece in play comes together for one grand finish. The horns pick up a level, the dance moves turn into full-speed choreography, and the lights burst into a colorful mosaic. It’s a fitting finale to an all-around jam session.

What immediately sticks out — besides Johnny Burroughs awesome vocals — is the four-piece parts to his left and right throughout the entirety of “Baby Get Down.” On one side, there’s the horn section, described by the group as “sizzling.” On the other, you’ve got the rhythm section. When combined, they’re “as versatile as they are fun to watch,” says The Burroughs. 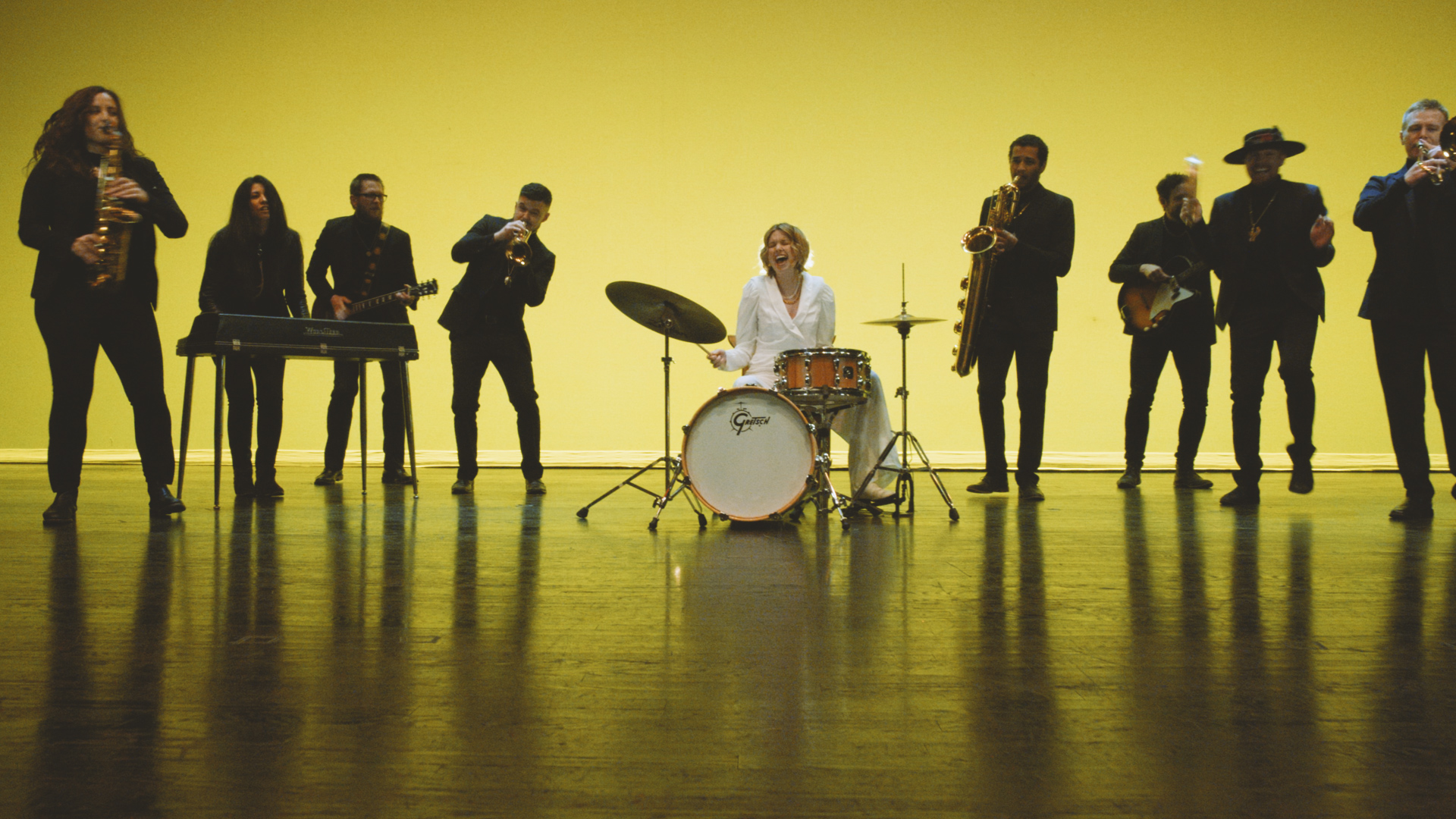 Photo courtesy of The Burroughs

Despite all of its equally intense pieces, every sliver of The Burroughs presentation — on screen and in sound — lands fittingly. The lyrics are straight forward, but do so intentionally, as they let the instruments lay claim to the records foreground. On top of this, the choreography acts as a sort of backing track. Before you question that statement, ask yourself, would the song’s video work at all if everyone was swaying slowly to the beat? Of course not, and it would never happen — funk music is for the bones in your body, by the bones in your body, and demands speed and joy.

The Burroughs have embraced and embodied soul and funk music in the most unlikely of locations — Greeley, Colorado. Their emphasis on community outreach and involvement in the town they call home. Their great people making great music — it’s a combination that will surely take the multi-talented group a long way. Furthermore, Johnny Burroughs is a licensed minister and a music pastor. On this new track, he and his eight-piece supporting cast preach the gospel of happiness through funk music.

“Baby Get Down” is The Burroughs second single this year. It’s a followup to the addictive “Zero Sum Game,” which features drummer Mary Claxton on vocals. Look for a potential followup album, the first full-length since 2018’s Got to Feel. Check out their entire music catalog here, as well as their impressive live album from 2015 — Sweaty Greeley Soul.

Stream “Baby Get Down” on Spotify