Isaiah Rashad is beloved. As mysterious as he is talented, the Tennessee native accrued a devout following with his critically acclaimed 2014 effort, Cilvia Demo. Quality is never rushed — Rashad knows this better than anyone. Following The Sun’s Tirade in 2016, his debut album, fans waited anxiously for what was to follow. Hints, teases, snippets and rumors swirled through the rap community’s head. Late this summer — nearly six years since his debut, TDE’s versatile savant graced listeners with his wildly long-awaited third studio album, The House Is Burning. To no one’s surprise, it lived up to the hype and then some. Rashad wasted no time touring the album, getting on the road a month after its release. On Saturday night, he stopped in Denver and, like the album suggests, set the house on fire. 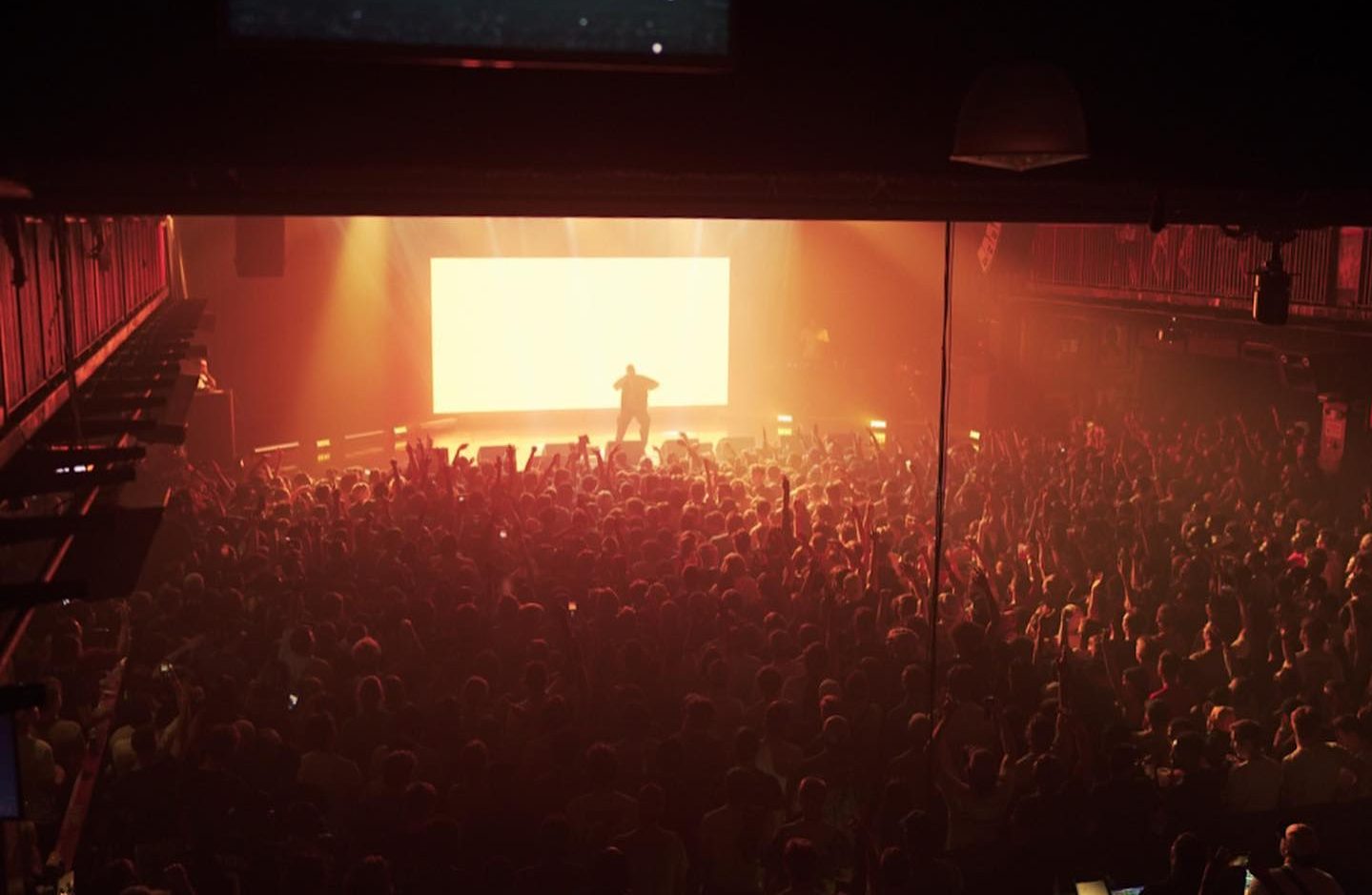 Rashad was ushered in by two openers — Childish Major and Top Dawg Entertainment comrade Ray Vaughn. Vaughn kicked things off with a brief, full-speed set. Donning a Peyton Manning jersey and a Broncos puffball beanie, he rattled off his hardest records, most notably his recent three-single release, Peer Pressure. “Not Allowed” stood out as his best moment — it’s the young artist’s most popular track, and its booming cadence got the crowd jumping for the first, but certainly not the last time of the full show. Childish Major succeeded Vaughn with a number of records off of his July 23 release, Thank you, God. For it all. Major got the gallery into a consistent head-bob with “F Yah Job,” and once again got the masses airborne with his Schoolboy Q collaboration, “Disrespectful.” During the performance’s first hour, show-goers gradually grew more energetic in unison. By the time the intermission between Major and Rashad hit, a deafening buzz filled Summit Hall from corner to corner.

“RIP Young” came early in Rashad’s set —one of the catchier tunes on The House Is Burning. The pit, packed tightly like sardines, bounced and belted out every word like they helped create the song — a glowing reminder of just how dedicated Rashad’s fanbase is. Perhaps the show’s most electric moment came relatively soon after when he performed “Lay Wit Ya,” the album’s lead single. Screaming fans’ voices ricocheted off the walls and ceiling of the venue — the only thing missing from this gem of a moment was Duke Deuce’s trademark dance moves. 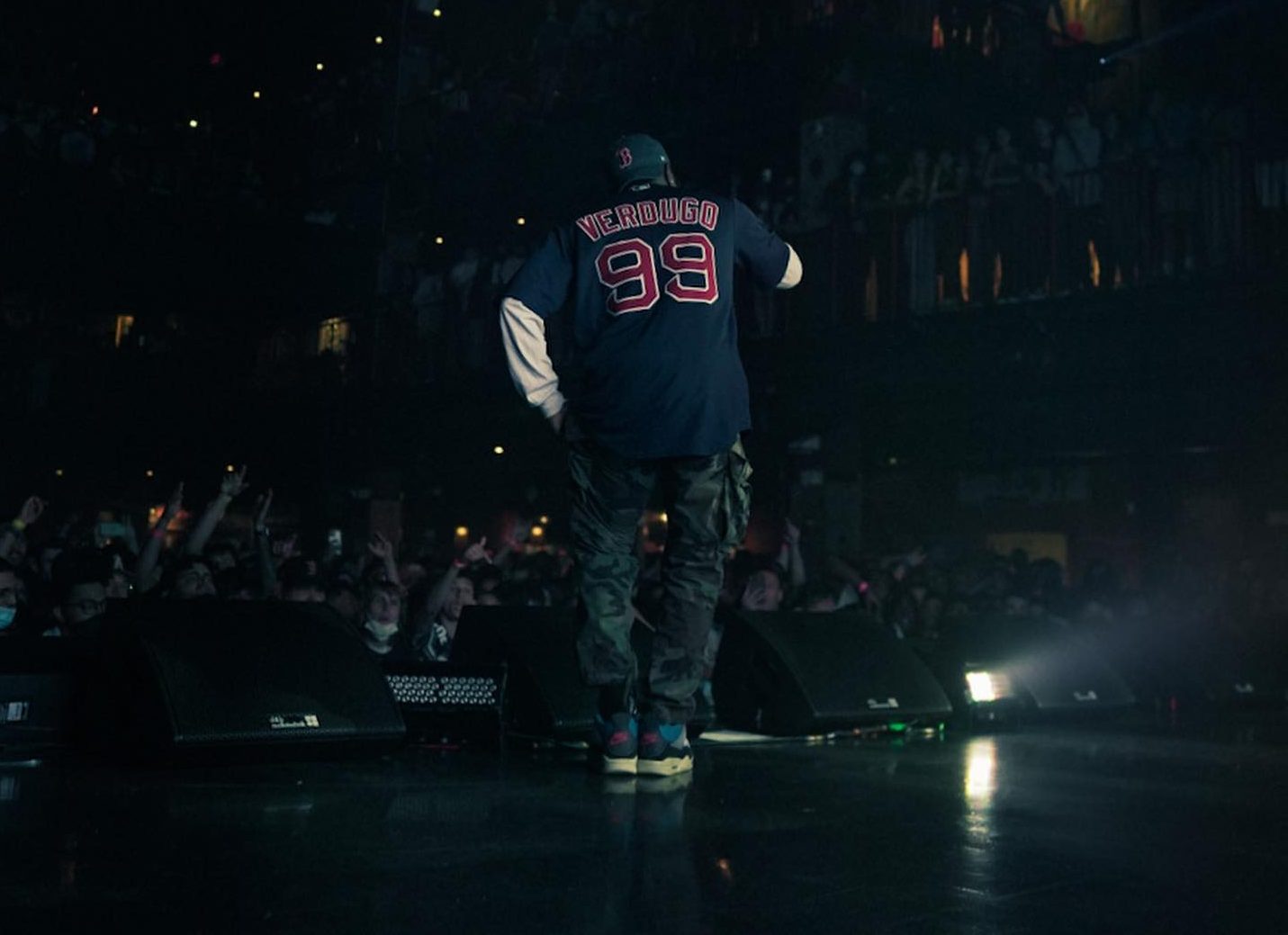 There are a few songs in Rashad’s library that have their own cult following. “Heavenly Father” is undoubtedly one of them. The crowd erupted the moment its distinct, fast-paced hi-hat began blaring through stage speakers. Throughout the performance, Rashad bounced between songs on his 2021 project and favorites from years past. It was a well-crafted setlist, to say the least, keeping observers engaged from the moment Rashad picked up his microphone until the very end. “Wat’s Wrong” fell into the same category as “Heavenly Father” — a shining star in Rashad’s library, and probably one of his best from a quality standpoint. The intoxicating chorus was sung so loudly, you’d think the attendees had a hand in writing it. “9-3 Freestyle” did not disappoint either. It was Rashad at his lyrically sharpest, and the clever wordplay and flow translated to the stage seamlessly.

Late in the act, he pulled out two cuts from The Sun’s Tirade. “4r Da Squaw,” hypnotizing in all its glory, and “Free Lunch,” whose unmistakable guitar strum on loop sounded beautiful in person. It’s worth noting how versatile Rashad is — he had the crowd flipping between arm-waving anthems and jumpy bangers over the course of what felt like a ten-hour set with no dull moments. In fact, Rashad could’ve gone up on stage, sat down and given a Ted Talk and the masses at Summit Music Hall would have reacted no differently. That’s the beauty of Isaiah Rashad. It was certain that no matter which way Saturday night’s live set went, people were going to leave satisfied with a rocking exhibition by the TDE superstar. Unsurprisingly, however, it was a truly special night and one of Summit’s best shows in a long while.

Listen to The House Is Burning, the newest Isaiah Rashad album here