Photo courtesy of the band

Life can be simplified as a collection of moments, and Colorado-based folk band, Frail Talk, has created space for every one of them. Whether it’s singing at the top of your lungs in the car or sitting in your living room with a strong cup of coffee —  listeners will be reminded of these cozy moments through the duo’s dreamy music. The “squiggly music for squiggly people” band aims to suspend listeners in an intimate moment with their debut album, New Creation Myths, releasing on September 10.

Frail Talk creators, Corey Wright and Alex Woodchek, instantly connected through their mutual love of music in a living room in Fort Collins. Though the musicians had separately been pursuing their craft, they soon decided to expand their individual music to include one another. The result was a sonic space that created a soulful album that includes bits and pieces of their personalities, as well as other unique inspirations.

“The songs explore ideas around mythmaking and our responses towards mythos in our personal lives, the lives of those around us and in the societal structures we interact with. On a macro level, we’re inspired by historical, religious and narrative stories that break or bond us. On a micro level, we look to the trees, the dirt and most living creatures, along with Julien Baker and our friends in Companion, bicycles, honeybees and snakes to inform our writing,” said Wright and Woodchek.

The quirky music the duo has created is as complex as the inspiration behind it. This is heavily seen in Frail Talk’s recently released singles “Silly Boy” and “Sunday Dreamin.” The delightful and sun-filled songs speak to the musician’s collaborative nature in their songwriting, as well as the emotions felt in every chord. 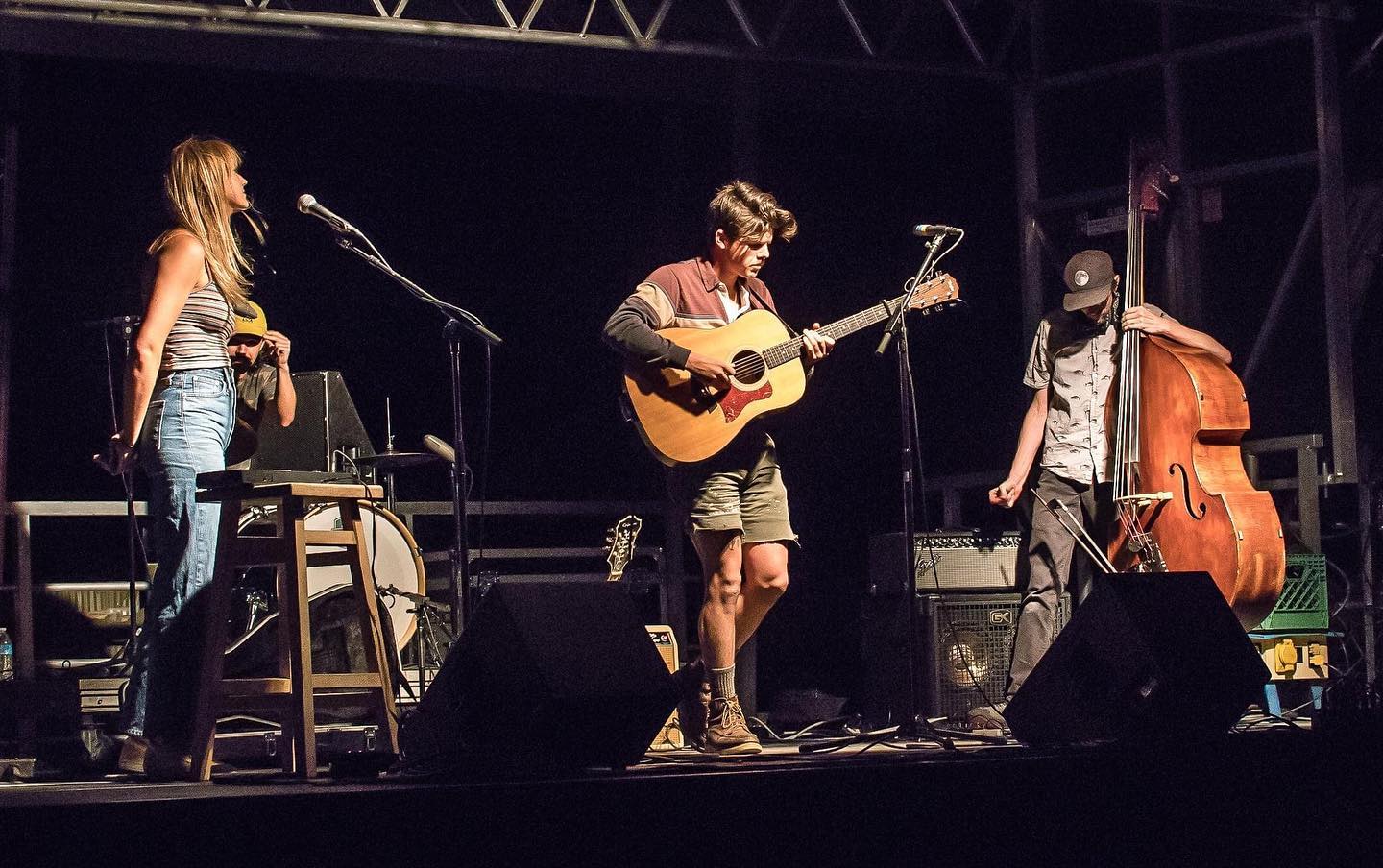 Emotion plays a key part in this two year in the making album indeed. The tales Woodchek and Wright have spun in each song on New Creation Myths truly speak to the human experience and individual moments. While of course Woodchek’s sweet voice and Wright’s beachy acoustics are addicting to listen to, the message behind each song is truly the star of the album. There aren’t many artists who can capture that bittersweet feeling of nostalgia or the uncomfortable influence of awkward moments as expertly as Frail Talk has.

“We both have full and complete lives (day jobs, friends, hobbies, etc.) outside of music, but we both find music to be a meaningful and important part of our existence. One of the myths that our culture wrongly tells us is that you should sort of be a one-dimensional being when you’re a musician. We find that life often inspires music, not the other way around. You’ve got to live to learn to write. Music is always a part of that, and we find community and relationship through music and art,” said Wright and Woodchek. 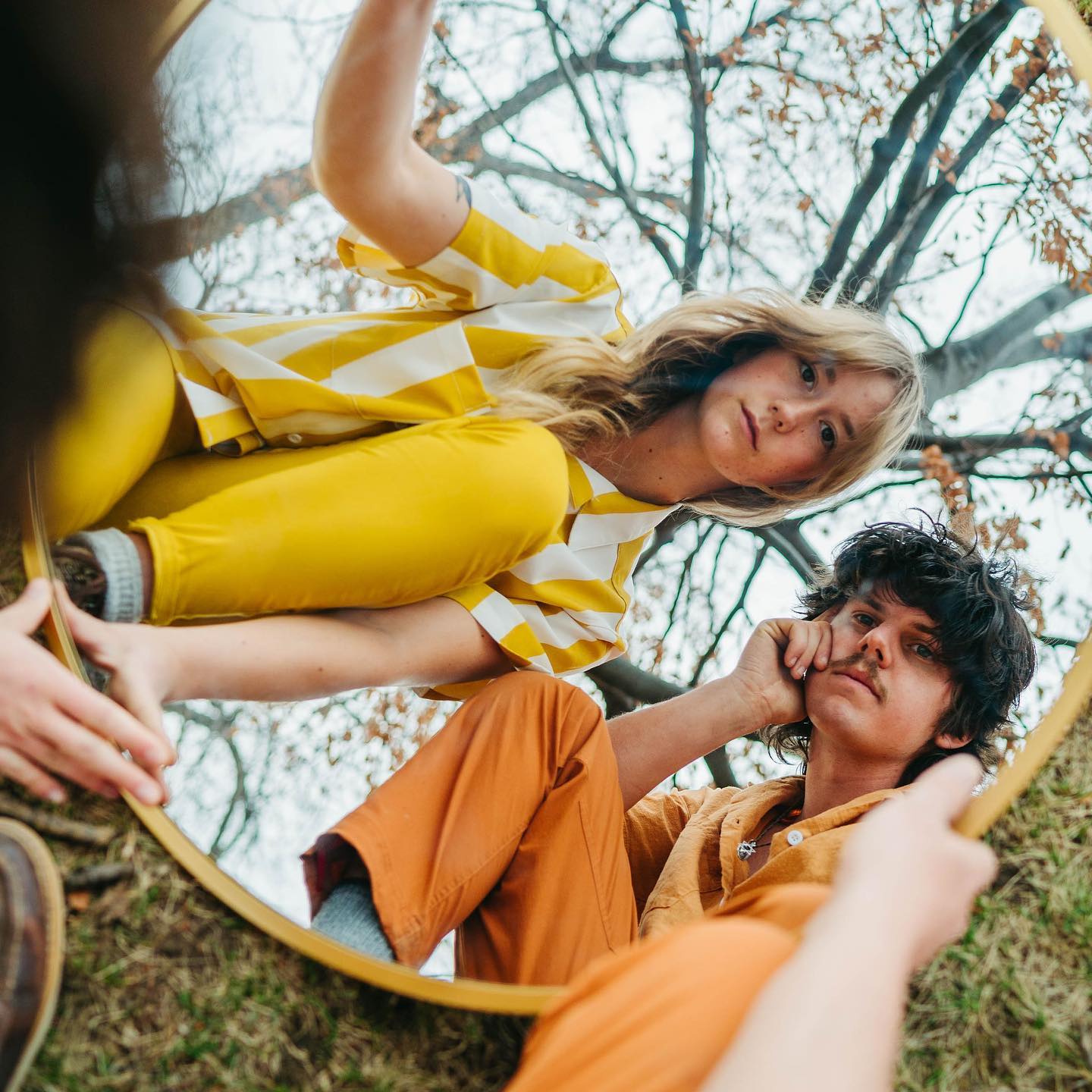 Using music as an outlet for their emotions isn’t new to Wright or Woodchek either. The pair have been using the art form to express themselves since the tender and awkward years of middle school.

“I wrote many songs as a middle schooler that would make anyone cringe, but they actually still mean so much to me. I love that I was able to find an outlet to process emotions that my young self could barely understand,” said Woodchek.

“The first song I ever wrote had the lyrics ‘Standing on the rooftops, everybody scream your heart out’ as the chorus. Did I love it? Yes. Am I proud of it? Absolutely. Can I still sing it to this day? Yes. Was it the most melodramatic emotional nothingness I could have created at twelve years old? That’s for you to decide,” said Wright.

Melodramatic nothingness or no, these used-to-be choir kids truly created a piece of art that will make Colorado’s famous folk scene proud. With influences like Sufjan Stevens, Alexa Rose and even a little bit of Beyoncé, it’s bound to be a classic for any granola-loving, Chaco-wearing Coloradan to jam to.