Periods of uncertainty yield feelings of overwhelming stress and anxiety, in moments like this respite from one’s own mind becomes essential. Cody, the solo project of Slow Caves’ Jakob Mueller, offers just that. Lean Forward is a rare interlude to life’s unavoidable worries, an opportunity to escape into one’s most hopeful daydream and breathe deeply.

Released on August 27, Cody’s debut album Lean Forward, is grounded in the universal feeling of confinement during the pandemic lockdown balanced with visions of returning to what is natural and free. The album’s entirety is mostly the product of a single night’s stream of conscience recorded and developed into tracks unique to Mueller’s most vulnerable psyche.

“Over half the songs were written in one night in a stream of consciousness in my parent’s basement where we rehearse,” Mueller said. “One night I had just bought this guitar and had come off a long tour very emotional and very in limbo with my mental health. I just kind of poured into this instrument and a bunch of songs came out that I wrote in one night.”

The next day Mueller labored over making sense of this indistinct puzzle of thoughts. He picked out lyrics and without much forethought built the expressive sound which would come to represent his solo project.

“I found myself with six or seven songs that didn’t work for Slow Caves at all and were very moody. I thought ‘this is a very cool opportunity to start something new’,” Mueller revealed.

Mueller’s defined yet amorphous sound on Lean Forward takes a departure from the signature indie-rock energy that Fort Collins-based upstarts, Slow Caves, is known for. He blends the woozy compulsion of shoegaze, ambient melodies, and an inspired country twang to accomplish an aspect of his musical identity he hadn’t yet tapped into.

Growing up, classic artists like The Who and David Bowie have acted as the cornerstone in inspiring his music making. More recently, he’s leveraging new sources of inspiration to keep his passion alive. He cites an eclectic mix of electronic music, Patsy Cline, Willie Nelson and of course, the theme song to Drake & Josh as key influences in Lean Forward.

“I really wanted to have a country identity and write songs with lots of word play. There’s something infectious about that kind of music to me but I never really went all in. And so, this project kind of has some country vibes and some other things as well but it’s just a small part of a fantasy to be a country artist.” 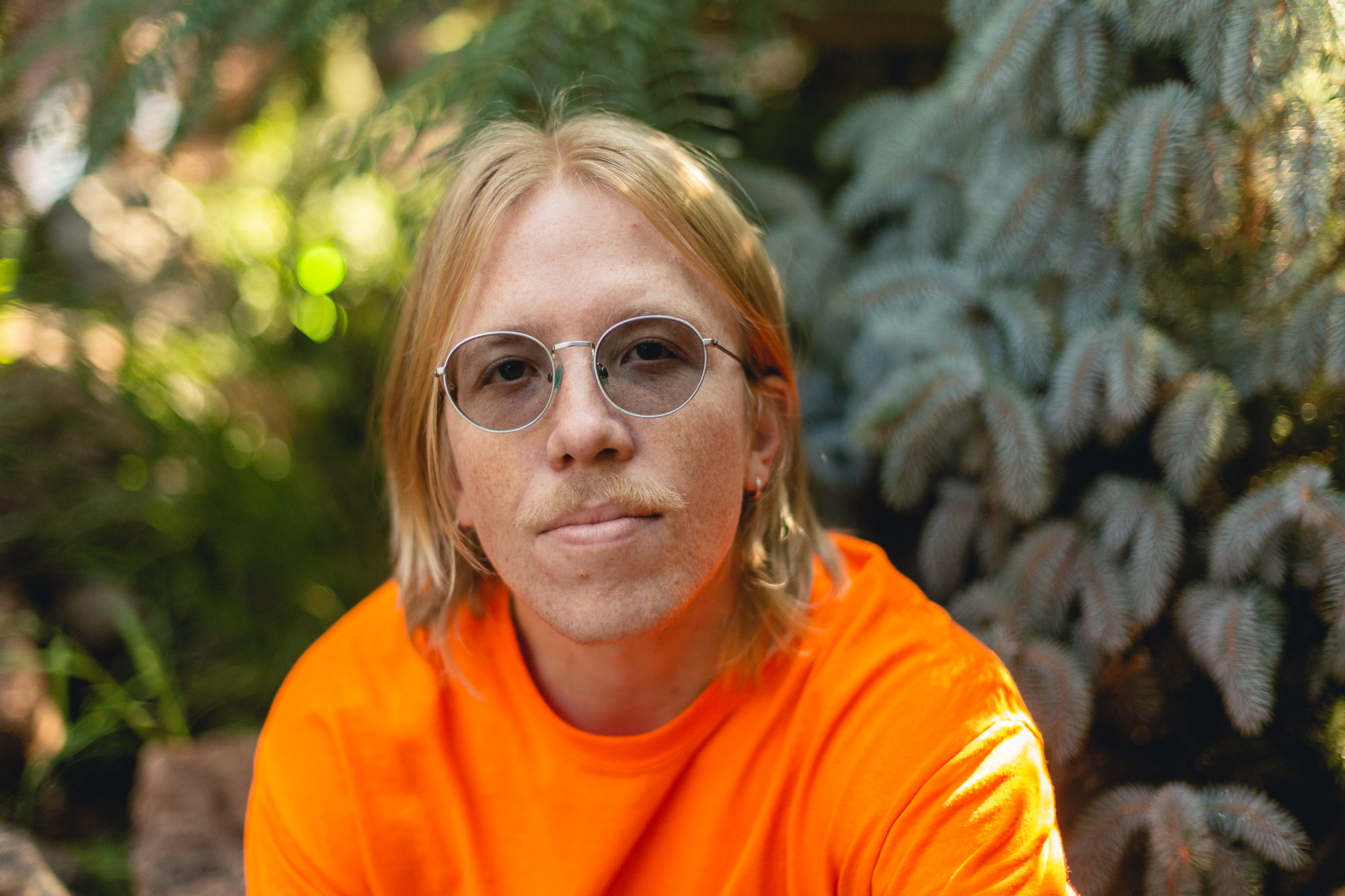 With each drawn out vocal or surfy guitar featured, Mueller’s years of professional experience are displayed with distinct assuredness. This cohesive sound was produced with his brother and Slow Caves bandmate, Oliver Mueller, creating a uniquely intimate experience for both the artist and listener.

“There’s a lot of trust,” Mueller stated. “There’s one song called ‘Father of a Man’ where I kind of finished the recording — the barebones of the song — and I went to have lunch or went on a walk, and I came back, and he had kind of rearranged it. He’d added some beats, added some strings. So, to be able to do that with someone you trust is very lucky.” 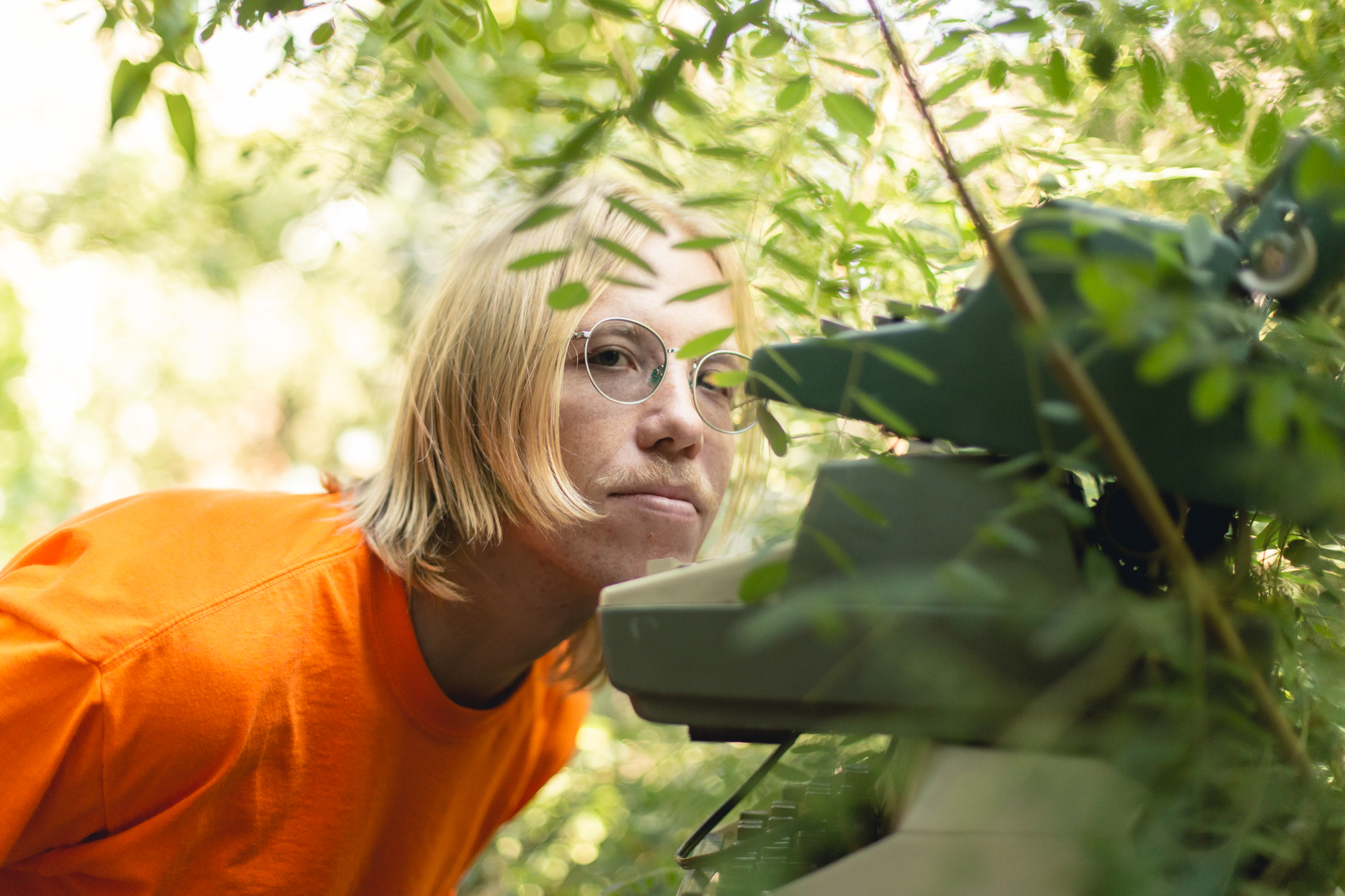 Cody is intended to be an evolving outlet for Mueller to share and explore his music with the world. Lean Forward provides the perfect soundtrack for the contemplative mind seeking a bit of rest to a tune reminiscent of Porches, P.H.F. and Alex G. The way Mueller imagines it, the album can be enjoyed on a relaxed evening with the lights turned down and some incense going or to escape with on a night walk.