Founded in Colorado Springs in 2019 by Mitchell “Merch” Cohen, TerryJosiah Sharpe and JJ Sharpe, AME is a multifaceted artist cultivation and production company that helps independent artists navigate the music industry through educating and providing services for local Colorado musicians. On the creative side, AME offers studio sessions with professional sound engineers and vocal coaches and offers custom beat making and mixing/mastering sessions. Additionally, they provide some basic music marketing services to get your release off the ground and into the public eye. 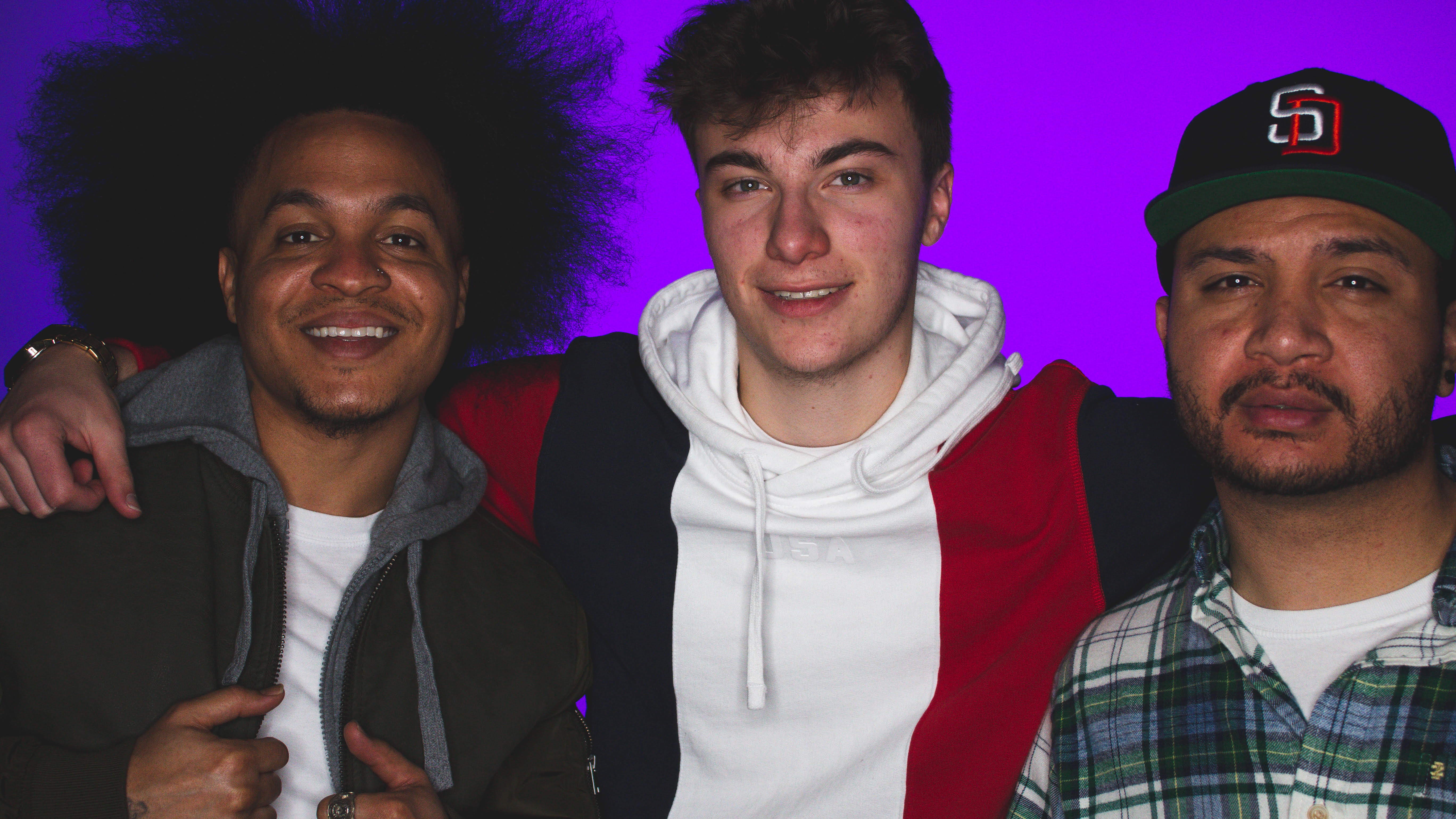 These services are great, but that’s not really what makes AME so interesting. There was a rare sense of community encompassing the Music House cabin where the retreat took place last weekend, much to the admiration of everyone involved. Whether working on a new song, jamming for fun or popping champagne in celebration of a successful recording session, the artists and AME team embraced the fun-loving spirit of the creative process, a sentiment that is often lost amidst industry pressures.

None of this is to say there wasn’t any pressure to create great music. The competition was fierce, and each musician knew they had to keep up with their fellow creatives. Thankfully, the in-house band which consisted of Khalill Brown (Drums), Mishael Coss (Guitar / Bass), Ian Gregory (Bass / Engineer), and Caleb Sutton (Keyboard), adjusted their playing styles to accommodate each artist’s creative process and sound. The result? Four completely different songs by four completely different artists.

Take “Basquiat” by Vinnie T, a Colorado Springs rapper who attended the retreat. The track is a traditional trap-inspired rap banger with a decent hook and radio-friendly sound. However, hearing the song performed with a live band added a whole new element to Vinnie T’s sound and elevated the track to an entirely new level.

“I knew I was gonna come here and rap over some dope beats, but I definitely didn’t expect all the artists here to collectively come together and lay down vocals on my track, “recalled the rapper. “I knew that working with Anthem was going to be genuine and from the heart, but having a whole choir? That was totally out of left field — it was amazing.” 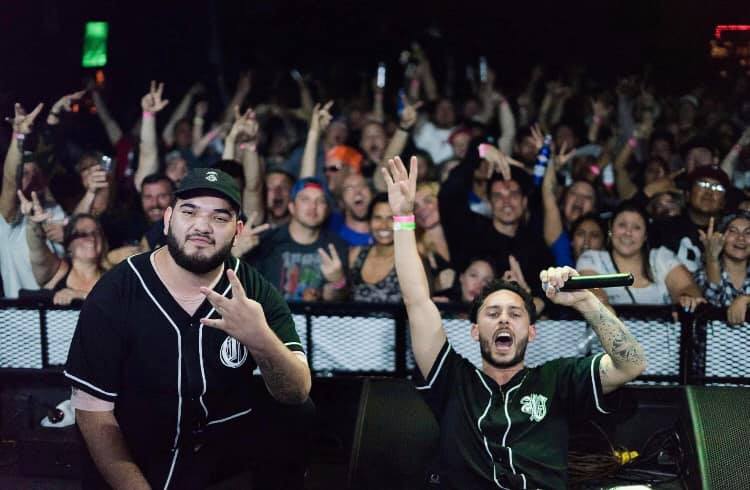 Vinnie T, who was Anthem’s sponsored “veteran artist,” is a frequent collaborator of AME’s music executive TerryJosiah Sharpe. Over the years, they’ve bonded over their shared experience in the U.S. military, and have formed a bond outside of the music. At the end of the day though, their shared passion for music and love for Colorado is the driving force behind their creative partnerships.

On the other side of the musical spectrum, Zhe’s “I Am,” created at the retreat, is an emotional ballad filled with lush strings and piano accompanied by a dynamic vocal performance that guides an intense musical journey from start to finish. Emotionally charged music is nothing new for Zhe, who has multiple songs with TerryJosiah over the years that speak on topics of domestic violence and other societal issues. Back in June, she even sang the Impact Anthem AME wrote for Inside Out, an LGBTQ+ youth group in Colorado Springs. She really believed in AME’s mission, which is what drove her to attend the retreat.

“I came to the retreat because I was certain it was going to be really helpful for me getting back into music, creating my own sound and believing in myself,” said Zhe.

Music has always been a spiritual experience for Zhe. She believes it’s the most basic form of human understanding, hearing someone’s voice and feeling the emotion through their music. That’s exactly what she tries to convey in her song “I Am,” which also appropriately features the entire AME staff and artists in the closing moments of the song.

The most vibrant artist of the bunch, JJ Sharpe – who’s also TerryJosiah’s brother and co-founder of AME – took a different approach to the songwriting process, creating a bouncy, innocent dance tune aptly titled “Happy Man Dance.” Watching Sharpe dance around the studio while he performed his new song, he clearly embodied the same energy represented in his music. 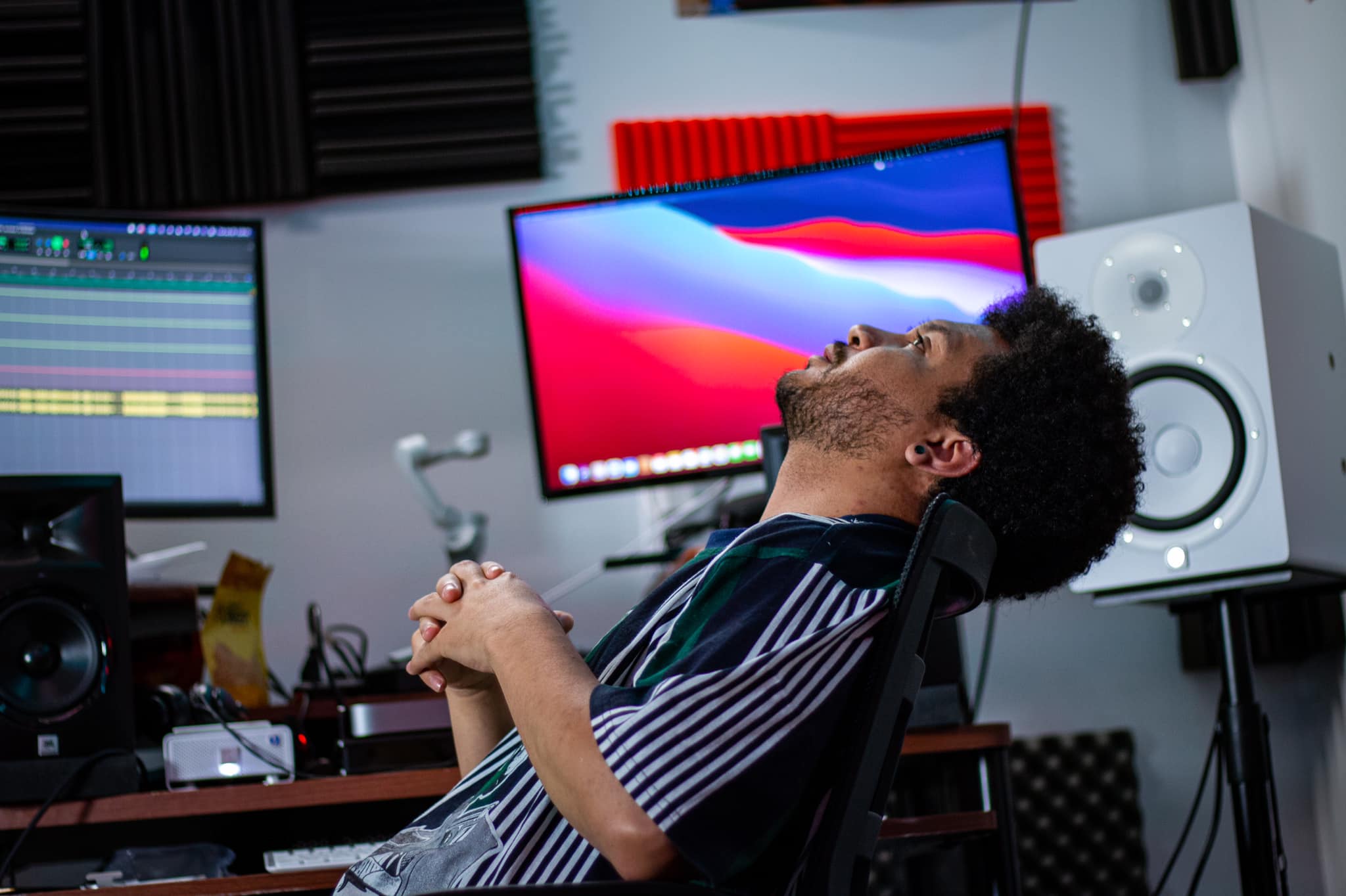 Last but not least is Rozen, a singer/songwriter with a distinct R&B flair. Coming from L.A., Rozen was pleasantly surprised about the authenticity of everyone involved with the AME retreat and even happier with “Forever Yours,” the song she created at the retreat.

“I came here to test the waters of the music scene outside of L.A. The past four days have been a magical experience. It was bigger than just creating a song. It was the ideal situation with other musicians. Everyone left their egos at the door, and you just don’t get that in L.A..”

It’s clear that each artist at the AME music retreat saw the creative value in their experience, but there were also some additional benefits each artist got to take advantage of. Consistent with their efforts to support local Colorado creatives and businesses, AME partnered with Colorado-based music marketing company Virra, which provided each attending artist with a $500 custom marketing package. They also partnered with Samson Technologies, which sponsored the artists with a Q9U condenser microphone and SR850 open-back headphones.

AME’s second music retreat was a success that continued Anthem’s mission to support local creatives and encourage collaboration. Their emphasis on community made a big difference in the creative process and a lasting impact on the artists who attended the retreat, all of which walked away with a new song, new friends and a refreshed creative vision.

“The artists and the musicians also had plenty of time outside the studio to bond and share incredibly impactful moments together, “said Mitchell “Merch” Cohen, one of AME’s co-founders and audio engineer for the in-house band during the retreat.  “The chemistry developed between the musicians, the artists, and us are connections that will be the catalyst to lifelong friendships and business affiliations. The tangible deliverables of the retreat were incredible, but the intangible benefits of the experience as a whole are something I believe to be life-changing for everyone who attended. This isn’t just studio time in a fancy house — this experience truly provides any independent artist with everything they need to successfully navigate the music industry.”