Concert conditions weren’t ideal Saturday night at The Levitt Pavilion Denver for Patrick Sweany’s return to live shows. The non-profit venue had seen better days and show environments for their summer concert series. It was 6:30 p.m. and only a handful of people showed up to the free show — those that did were few and far between. With the consistency of the rain and the lackluster crowd, it’s a wonder more people didn’t turn around and go home.

The opener, AJ Fullerton, couldn’t help but jokingly point out the crowd when he introduced himself, saying, “Let’s make it seem like there’s a million people here.” After all, there’s nothing worse than arriving at a venue with a low volume crowd. It lowers your expectations and carries that energy on to the performers in a ripple effect, often resulting in an uninspiring show.

All conditions led to what should have been an unimpressive concert— but that wasn’t the case. Those who stuck it out in the rain were rewarded.  Regardless of the low turnout and gloom, the performers stayed positive. Despite the weather, lack of variety in food and pricey drinks, the audience made the most of the show — after all, how could you really complain after getting in for free?

When you look in hindsight, every factor that could have disrupted another artist’s set turned out to be the perfect storm for the blues musicians to grace the stage. Born from misery and shaped by adversity, the genre thrives from everyday hardships and because of this, the artists shined bright below the gray clouds. 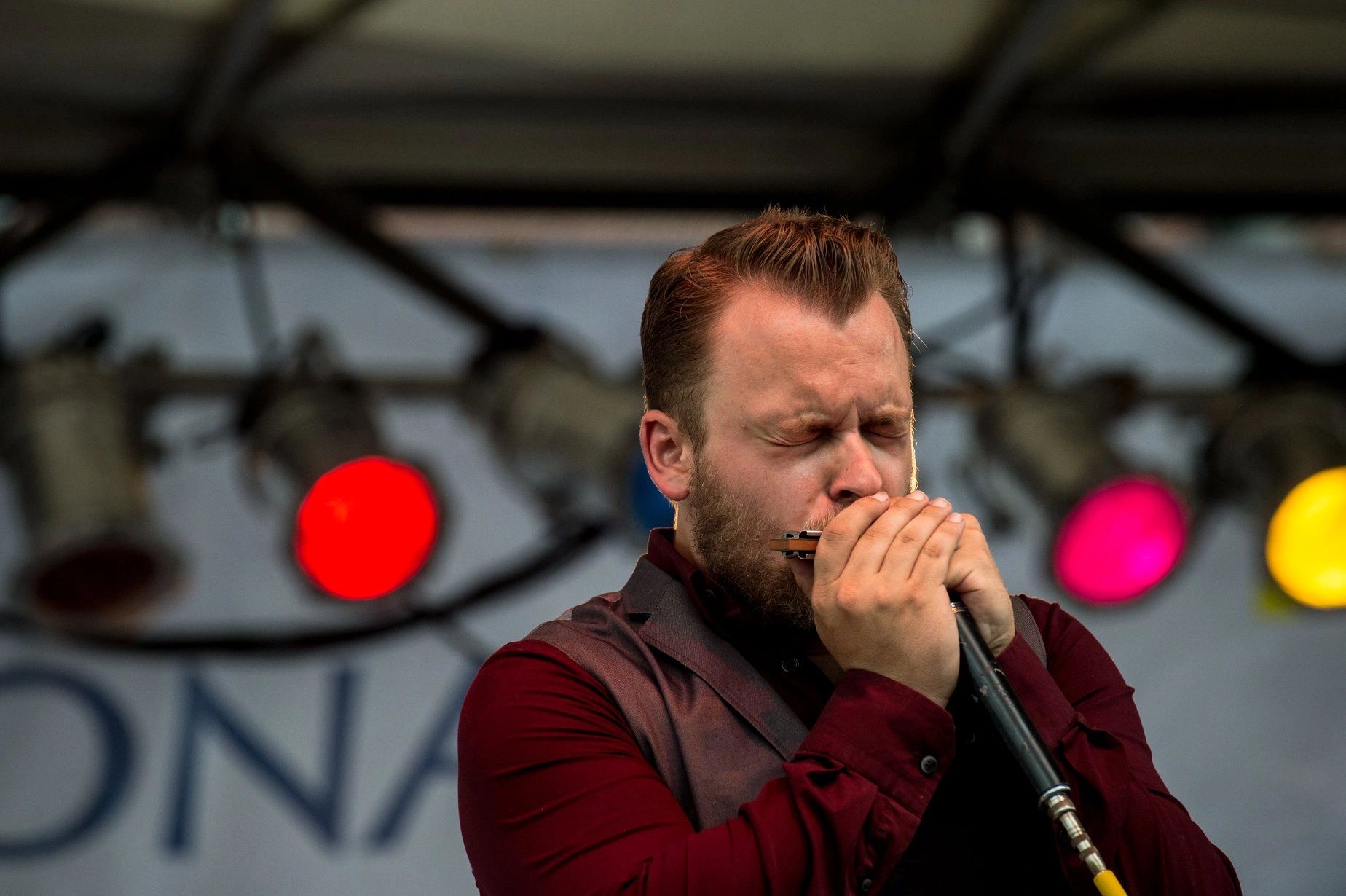 AJ Fullerton and his guest, Jake Friel, set an uplifting tone when they started the show and spoke to the crowd saying, “In the music business, this is what we call an ‘intimate audience,” reassuring the fans of their attendance. What started as one older woman dancing alone in the front, soon turned into a handful of individuals moving from their isolated seats to join her.

When Patrick Sweany showed up onstage, he couldn’t have looked happier to be where he was. The artist stated, it was his first live show back in 19 months and he was thrilled about it. “Everybody’s been apologizing to me about the crowd, but this is the most people I’ve seen.” You can hardly blame him. The attendees were as grateful to see him as he was to play and his performance showed that.

He promised to give it all he had and at that and he succeeded. The Nashville-based singer, songwriter conveyed humility as well as an unwavering passion in his performance. He was unapologetic in regards to the turnout, which reflected in his determination to still play a great set for the limited crowd — and for that reason alone, he was successful. 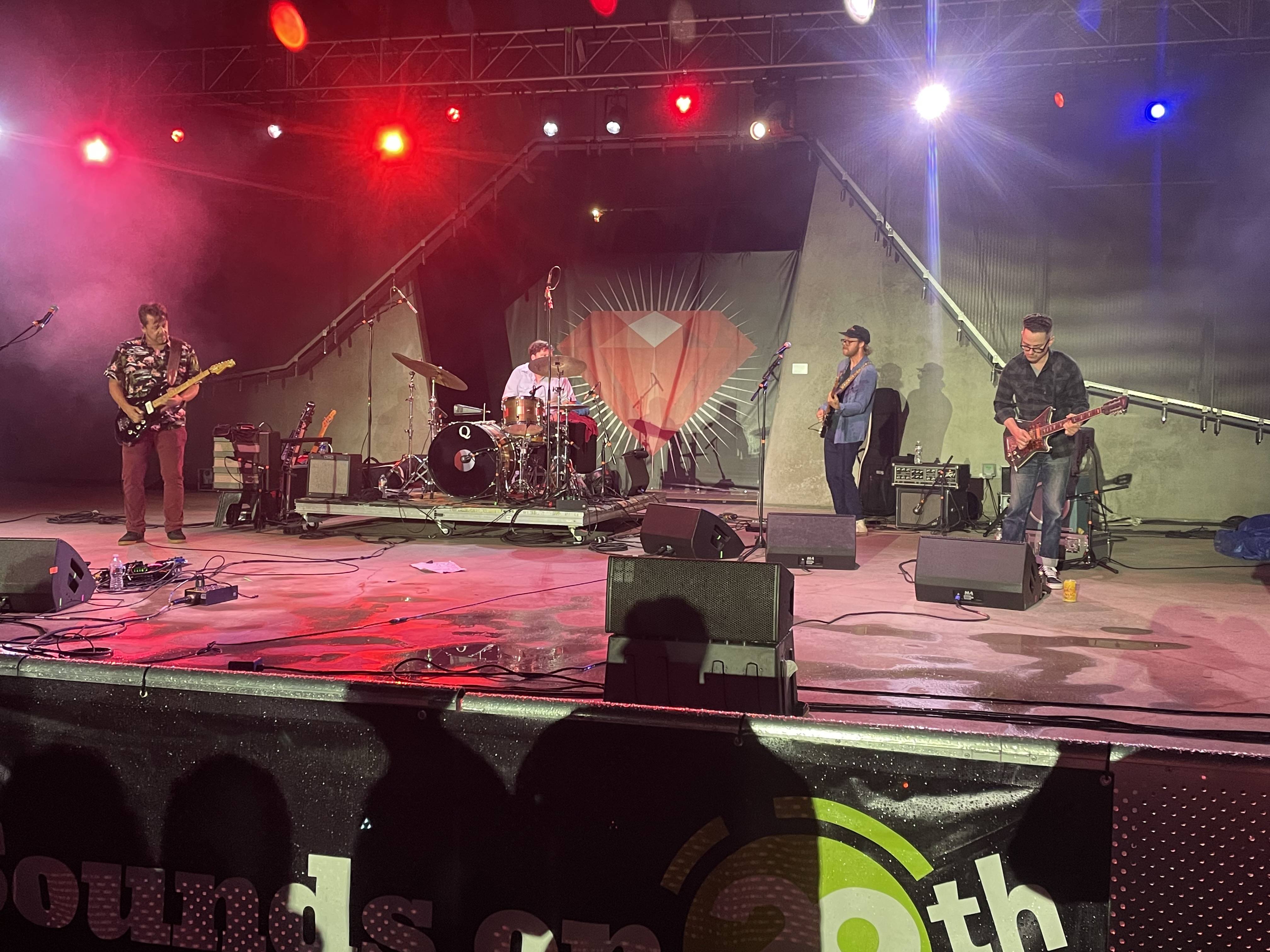 He knew how to work and communicate with the crowd even as hecklers continuously badgered him to play his most popular song, “Them Shoes.” Just a tip for concertgoers — don’t be that guy. Performers will get to the fan favorites, don’t spoil the crescendo because you prefer the early climax.

Luckily, 303 Magazine was able to meet with Sweany after the show and get his insight on the performance.

303 Magazine: Do you feel like the show went well today?

Patrick Sweany: I feel like it went very well — we got to play. We came a long way and we don’t want to disappoint people. Showing up and doing all the stuff and not getting to play — well it hurts.

303: When you show up to a low-turnout out like this, how does it feel? Do you want to play?

PS: Always. We’re living in a different world now. There are no bad shows anymore. We (the music industry) figured out it could all go away so fast for a million different reasons.

303: How do you excite yourself and the crowd when it’s smaller like this?

PS: Well, it’s easier with fewer people, because you can look them right in the eye. With a big crowd, it’s a little harder.

303: How do you feel coming back to shows with the possibility of heavier restrictions coming back for COVID?

PS: We’re going to do whatever it takes. I think it’s all up to us because the entire music industry — we’ve been left on our own. A lot of clubs that I’ve made my living in for years are closed now. So we’ll do whatever it takes. Spreading awareness of people getting vaccinated and getting past the misinformation. Everyone has to do their part. If you’re not going to do your part, I don’t want you at the shows. We live in a community, whether you want to or not or whether you like people in it, we live in a community. 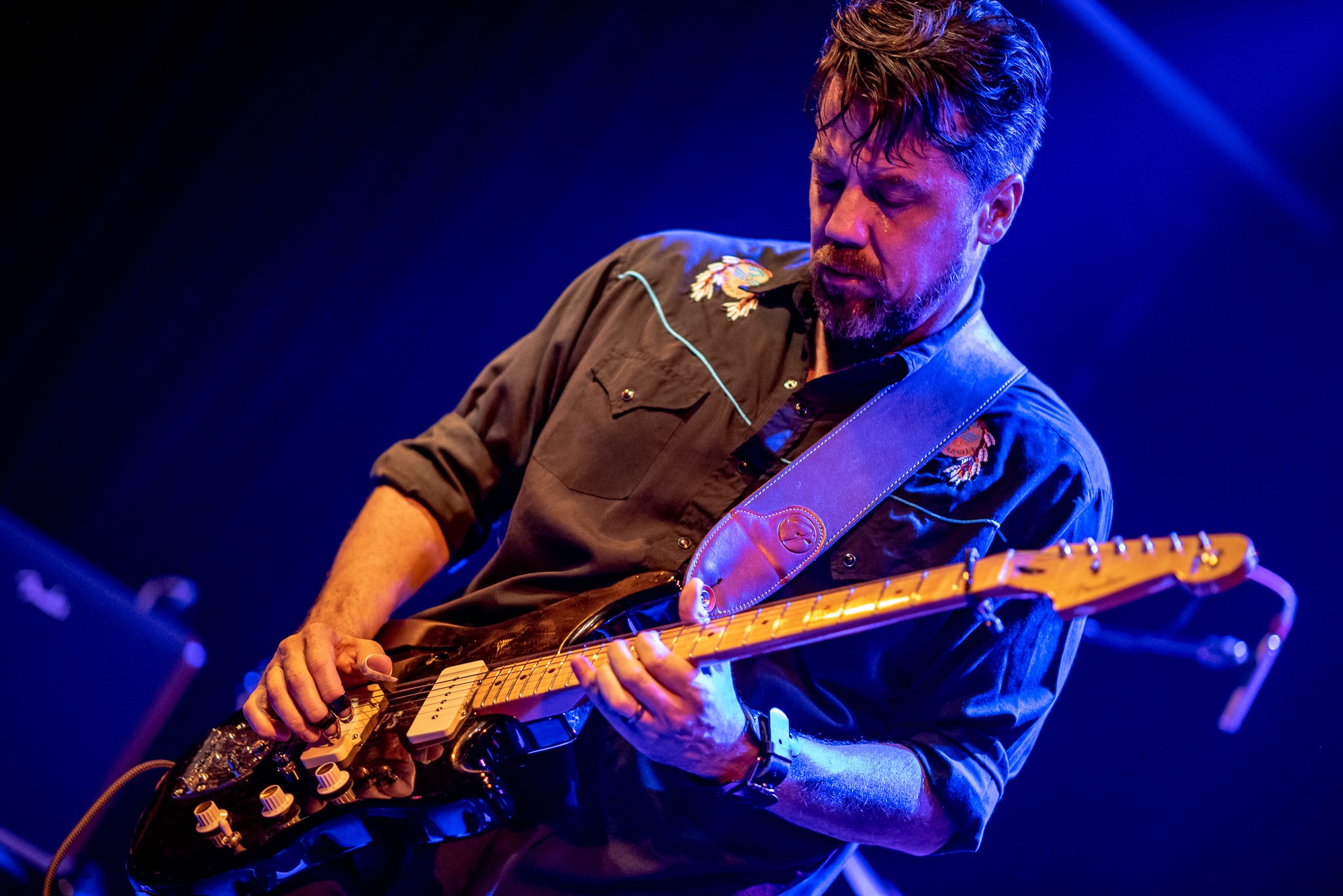 It’s a different world we’re all living in, even more so for those in the music industry, however, performers like Sweany know that without cooperation, we’ll be back to where we were last year. That’s why it’s important to give credit to musicians like Sweany who are doing their part. Whether it’s supporting vaccinations or giving their all to a low-turnout show, it’s vital to support the recovering music industry for the well-being of fans and artists alike.