As Colorado continues its progress returning to a sense of normalcy, the entertainment industry works to rebuild. This includes drag entertainment. John White, also known as Dixie Krystals, is the Events Director at The Center on Colfax as well as a longtime drag entertainer and performer. Throughout her career and especially after this past year, she strives to make a difference in the Colorado drag community.

Krystals’ career in drag began over 24 years ago when she was working as a performer at Walt Disney World. Alongside several friends, she would attend a free drag night at a local bar. That experience sparked the beginning of her drag career. 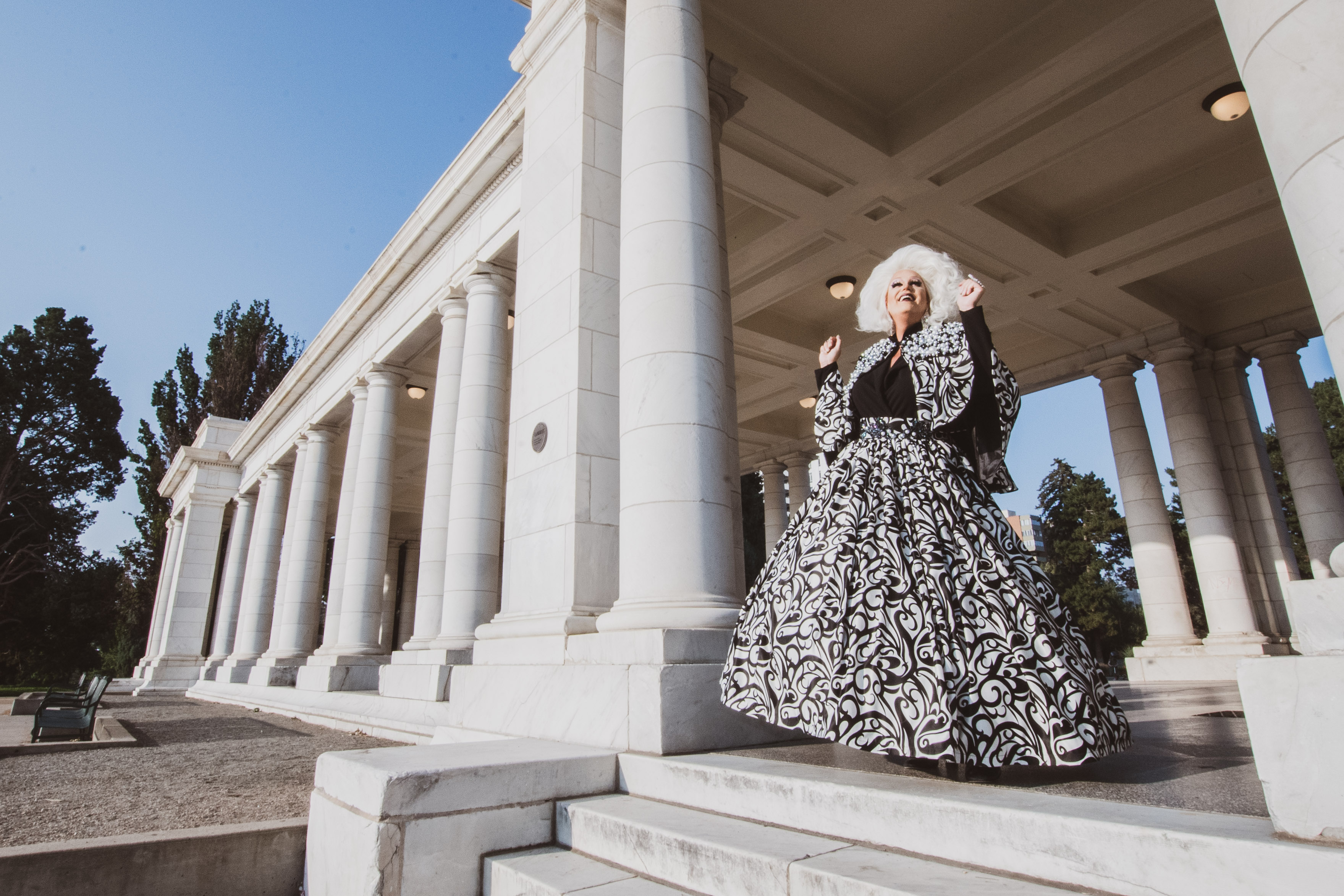 “I had a very different journey into it than a lot of other people,” Krystals said. “I grew up in a very accepting household as far as coming out and things of that nature.”

Entertainment has always been a major aspect of Krystals’ life. At the age of 10, she sang in the choir for the Methodist church that her father worked at as a pastor. She performed in musicals throughout high school and went on to attend a performing arts college as well.

“I’m already an entertainer so I’ve already got that one kind of in the bag,” she said. The question from there was “how do we embellish on that and make it even stronger?”

A background in entertainment has proved to be beneficial to Krystals when it comes to drag for a variety of reasons. “I can read an audience, I can read the room,” she said. Her skills in improvisation and building audience rapport allow her to flourish on stage.

While working at Disney, Krystals sang in shows and also performed on cruises. After 20 years with the company, she decided it was time to move on. Krystals and her husband vacationed to Colorado where in one day, they toured 26 houses and put an offer on the 25th one. Born in Pennsylvania, Krystals “fell in love with Colorado because it felt so much like home to me,” she said. 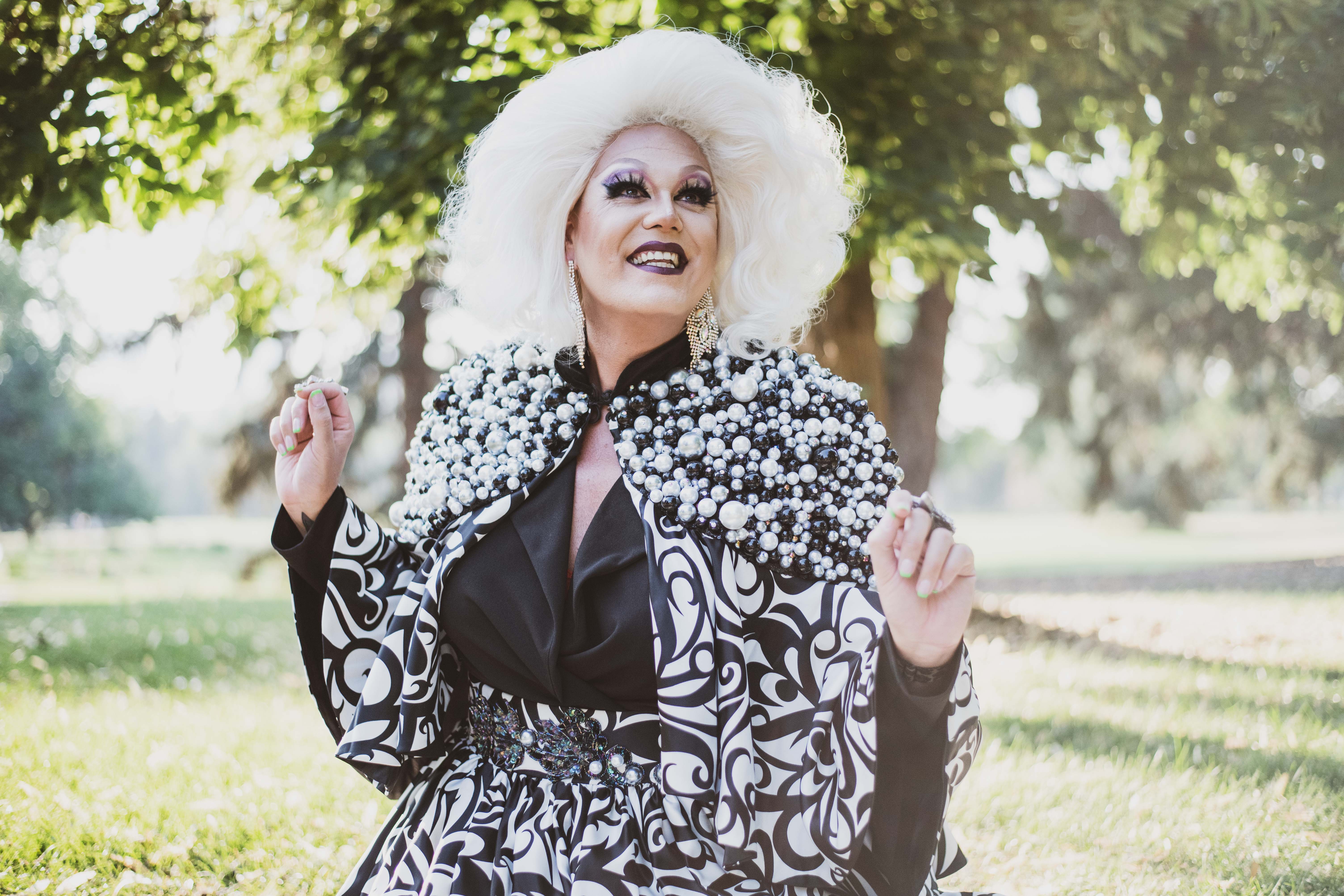 However, she has not always been a part of the drag community in Colorado. Krystals took a hiatus from drag entertainment until about five years ago. This break was necessary in order for her to focus on other things and rediscover her love for drag.

“I think that’s one of the beautiful things that came out of 2020 is that during the pandemic people got to really realize what exactly they wanted out of life,” she said.

For Krystals, drag is much more than just performing. It is an opportunity to give back to the community in a variety of different ways. Drag is influential in telling stories of members of the LGBTQ+ community and shining a light on acceptance. For many, drag is an outlet where one can entertain others while depicting their true selves in the process. It is a means for the community to come together and celebrate drag and all that it has to offer.

Telling people’s stories is what makes drag entertainment feel so rewarding for Krystals.“I like using my platform and my voice to do good in the world and not to tear others down so that’s kind of the reason why I just feel so strongly about what I do right now,” she said.

In Denver especially, the drag community is very diverse. Transgender artists, drag queens, drag kings, female or male assigned at birth artists and more make up the Colorado drag scene. In order to be conscious of individuals and their identities, Krystals prefers to refer to everyone as drag entertainers. 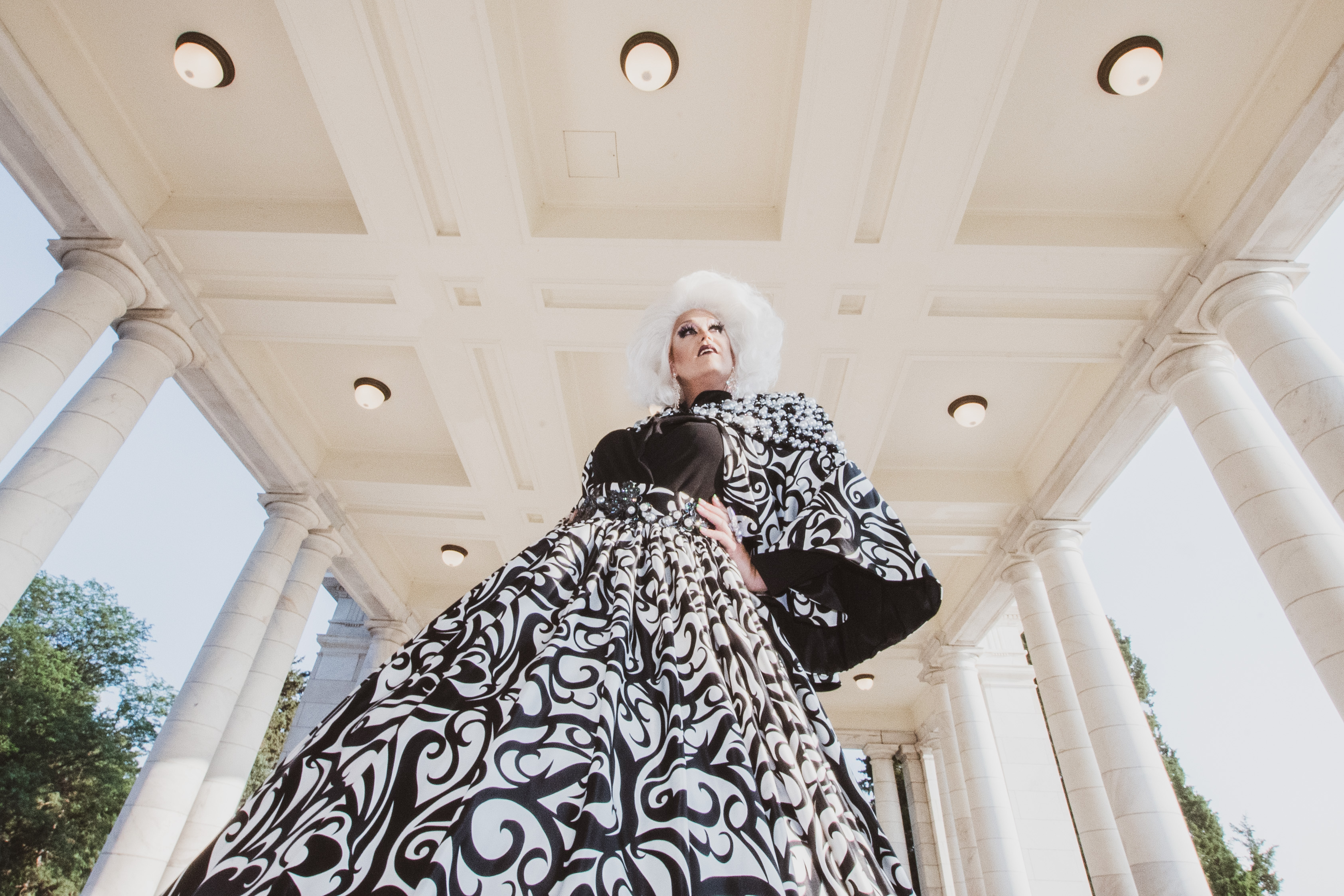 She always asks “new entertainer[s] like what pronouns you want me to use for you this evening, but a lot of it is just replacing words and your verbiage of like saying ‘y’all’ instead of ‘hey guys’ because that’s a real simple thing that we slide back into,” she said.

According to Krystals, the Colorado drag community is made up of beauty pageant entertainers, comedy entertainers, singers, burlesque performers, entertainers with elaborate costumes or themes and more. “That’s what makes Colorado drag so wonderful is that there’s something for everybody,” she said.

As an experienced drag entertainer and member of the corporate workforce, Krystals looks at drag from a business perspective. She prioritizes professionalism and carefully creates her shows based on the venue or the audience that she is working with. She strives to work with nonprofit organizations and give back to the community in the process.

Krystals has done a variety of work for The Center on Colfax in addition to her day job. One example is when she helped the organization create an online social campaign outlining the process for individuals in the entertainment industry to access healthcare. 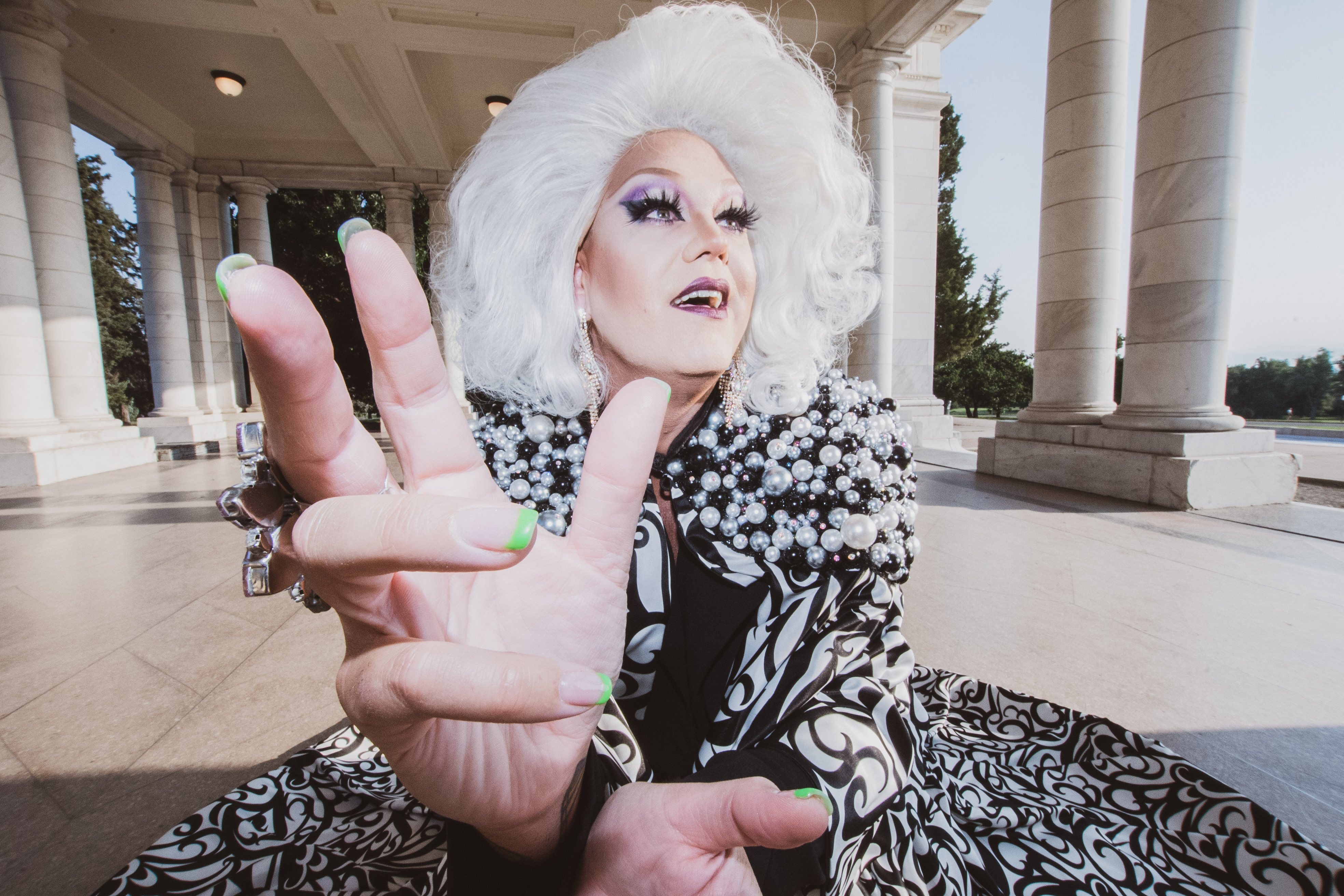 Work like this allows Krystals to give back, which has been one of the most valuable aspects of her career as a drag entertainer. However, devoting herself to the community hasn’t been easy. At 47 years old, she often says “it took 47 years old for my light bulb to switch on to love myself for who I am, to be able to share my experiences and truth and to be able to help others.”

In the same vein, “if I see something happening that I think is wrong I’m going to stand up for whoever that person is,” she said. Part of that is holding audience members accountable. While it is wonderful for people to support the drag community by attending events, Krystals poses an important question: “what are you doing outside of this venue to help the queer community? If you saw somebody on the street being confronted and it looked a little weird to you, how about you stick around for just a few minutes to be able to make sure that person is safe … we need to look out for each other and so do our allies,” she said.

In order to maintain this sense of accountability, Krystals challenges showgoers to support local drag. She believes that if one can name ten RuPaul drag entertainers but not ten local drag entertainers, then that person is not a true drag enthusiast.

In order to make the drag community more inclusive internally as well, Krystals hopes for there to be equal pay in the near future. Pay is an issue within the industry where drag entertainers may make $50 per show starting out – a small wage for someone to support themselves and their business. Krystal’s noted that across the nation, drag entertainers are demanding equal pay. “This is not a hobby for most people. So it’s a business and it’s an art form and everyone should be rewarded for that art form and the amount of money that they’re putting into it,” she said. 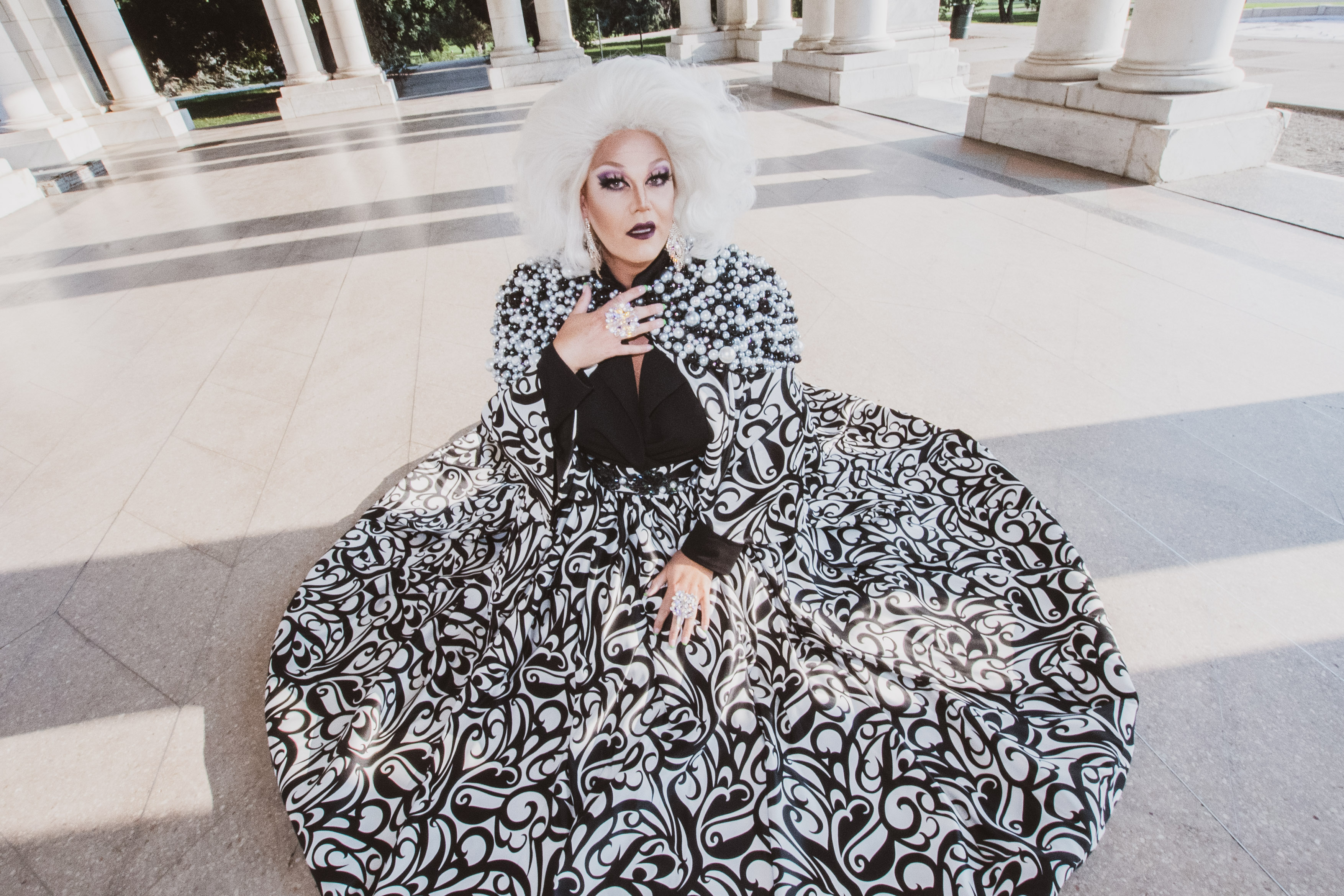 The pandemic was eye-opening for venues that are now offering more financially to entertainers; however, they are expecting more as well. Drag entertainers hold responsibility in promoting an event, bringing audience members and developing a foundation when it comes to spreading the word about their appearances. Krystals is thrilled that venues are increasing their expectations and hopes this will improve the overall atmosphere of the Colorado drag scene.

Krystals continues to advocate for necessary change in the drag community alongside pursuing projects like her podcast. “Spill’n the Tea With Dixie” is a space for Krystals to tell stories about her experience as a drag entertainer and to share other people’s stories as well. She has hosted several guests on the podcast and takes questions from listeners about a variety of different topics. Overall, she shares her stories and others in a carefree space in order to spread positivity and joy.

“I’m just a simple girl in a big world and just trying to share my love and positivity with people because I feel if we can continue this trickle effect of positivity and self-awareness and self-love, then we can have more of that in the world,” Krystals said.

At the moment, Krystals is releasing podcast episodes every two to three weeks. She is also partnering with a local t-shirt company called Laugh Your Yas Off Apparel to provide merchandise for fans to purchase on her website.