Two men dressed as Rafiki and a banana respectively, a man biting into a beach ball as a crowd cheered him on, a cowboy and cowgirl two-stepping across their tiered row, a 29th birthday whose attendee had lost all her belongings within the first hour of the show. These unrelated scenes could lead one to wonder if we truly deserved to be released from quarantine, but at a second glance, these scenes were set in ecstasy as it overflowed at Red Rocks. Jacques Greene, Totally Enormous Extinct Dinosaurs (TEED), Tokimonsta and Bonobo himself, brought their traveling OUTLIER series to the iconic venue Wednesday night, all djing for the masses, and people were in rare form. 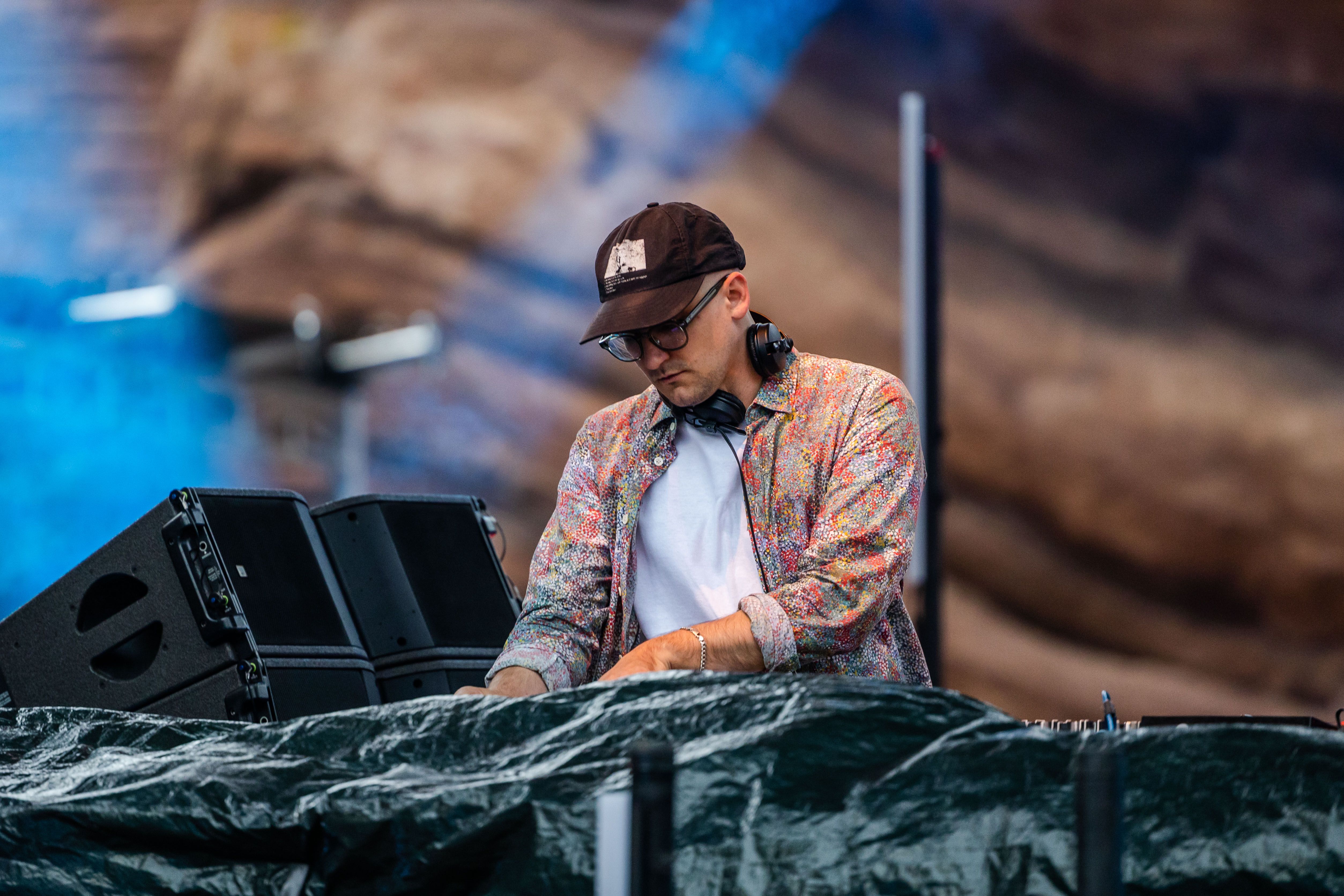 Jacques Green launched the show with his R&B and garage flavored set rapturously echoing off the monolithic rocks as people filed in from the parking lots amidst a sprinkling of rain. His atmospheric club bangers like “Night Service” charging through the provocative set felt like precursors to the absurd night rally that would follow. The rain let up, in time for TEED to assume the stage following Greene. With the sun sinking lower into the horizon, TEED set off an eclectic set — a trigger moment if there ever was one that took the crowd to another level. TEED was agile, swerving from ’80s influenced house to dabble in drum n’ bass and abruptly changing lanes into some absolutely filthy wubby riddim. While it probably doesn’t make any semblance of sense on paper, TEED’s bang-up of a set flowed effortlessly ushering an audience who decidedly no longer made sense on paper either, but sometimes the music just takes you there. 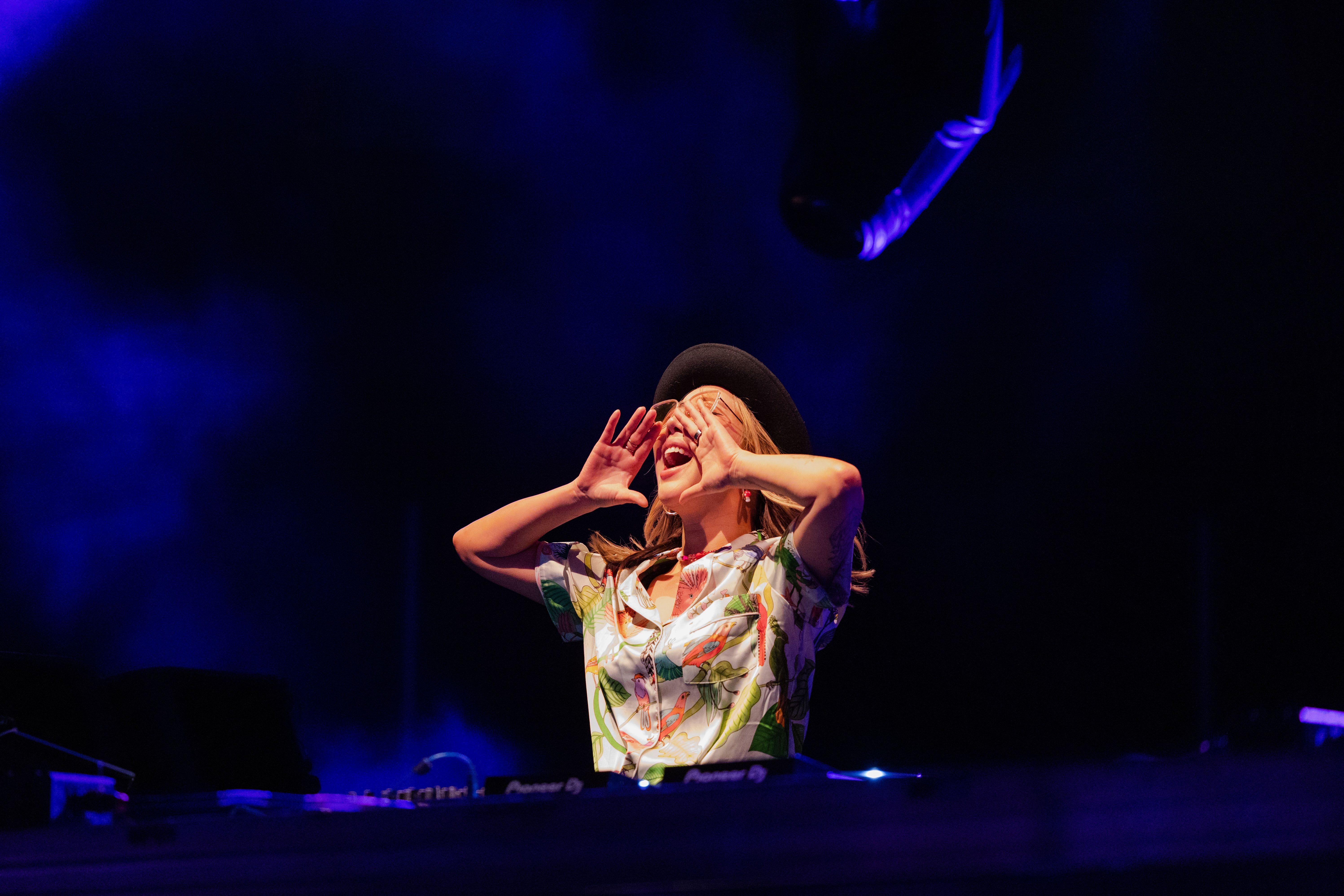 Tokimonsta took the reigns following TEED, and she brought an out-of-pocket house party. Within minutes of her performance, some woman exclaimed, “Just a year ago we were all stuck in our homes,” a sentiment that only seemed to amp up everyone in earshot even more than they already were. Funky and cathartic, Tokimonsta exuded no shortage of charisma, bringing forth a set that was all gas and no brakes. Tossing in some left-field burners like Prince’s blush-worthy “Erotic City” and her electrifying cover of Floetry’s “Say Yes,” Tokimonsta knew the assignment and did what needed to be done. The entire venue was cast in a vibe — dancing, twerking, barefoot and with dust-covered shoes, whatever method the increasing lack of inhibitions took, it was on full display in the crowd as they basked in Tokimosta’s presence. 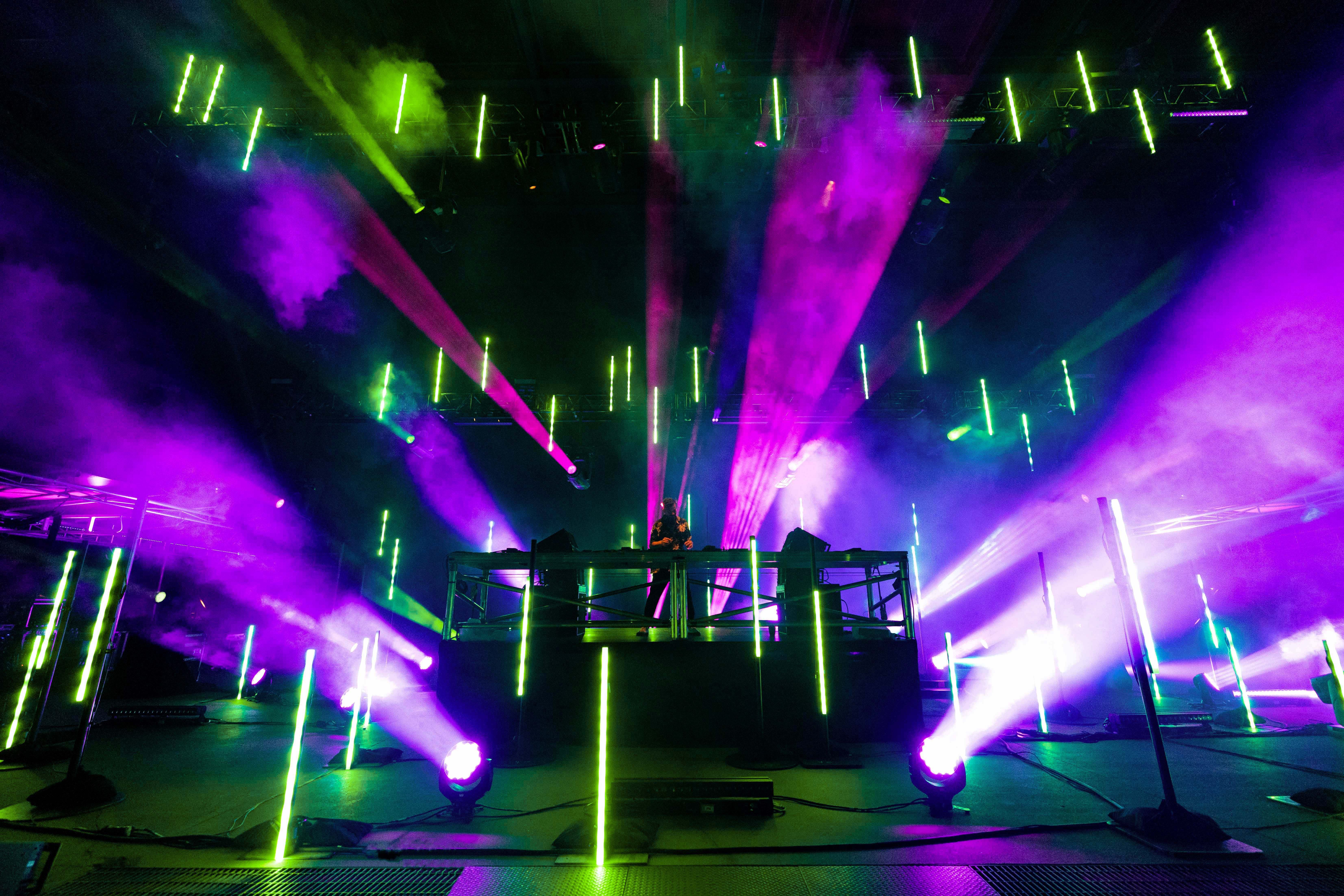 As much as each of the preceding DJs were giving, the crowd was working for it. So, when Bonobo took the stage, everyone was in need of a bit of a breather. Taking off with a bevy of his own earthly downtempo material, Bonobo eased into his set, letting the tempo take charge and the ebbs and flow of the tracks coax us into the final stretch of the concert. Steadily the music gave way to something more tribal that was a ticking time bomb toward the last remnants of euphoria. With the exploding funk of O’Flynn’s “Sunspear,” Bonobo took the audience’s hands to the sky and our bodies dug into the ground as he spun on into the night.

As it turns out, the rapture was a dancing matter. The dynamics of OUTLIER took the crowd through beauty and chaos, a dancefloor dichotomy that was nothing short of a release. As elusive and ephemeral as those moments of unadulterated joy can be, Bonobo and his crew made it stretch on for hours to the delight of the masses in attendance. The audience and the DJs felt perfectly in tune knowing that quarantine was a crazy time for everyone, so to collectively be in rare form in the presence of others after a long time away was liberating. It sure as hell beats trying to figure out whatever the norm is nowadays anyway.