Many of us are familiar with popular dishes from around the world — dishes like Chinese lo mein, Indian curry, Mexican street tacos and Italian gelato — but most of the times we eat these dishes, what we are actually eating are their American counterparts. Visiting the place where the dish originated can give you a whole new perspective on it — the specific ingredients used, the care taken to ensure it is cooked properly, the ambience of the location, the chef who prepared it and the people you’re with all make a huge impact on the meal. In order to gain inspiration and appreciation for the food they cook, eleven team members from Restaurant Olivia traveled to Greece and brought back much more than they could have ever imagined. They’ll be treating Denver to a taste of what they experienced with a special two-night dinner series that kicks off this weekend. 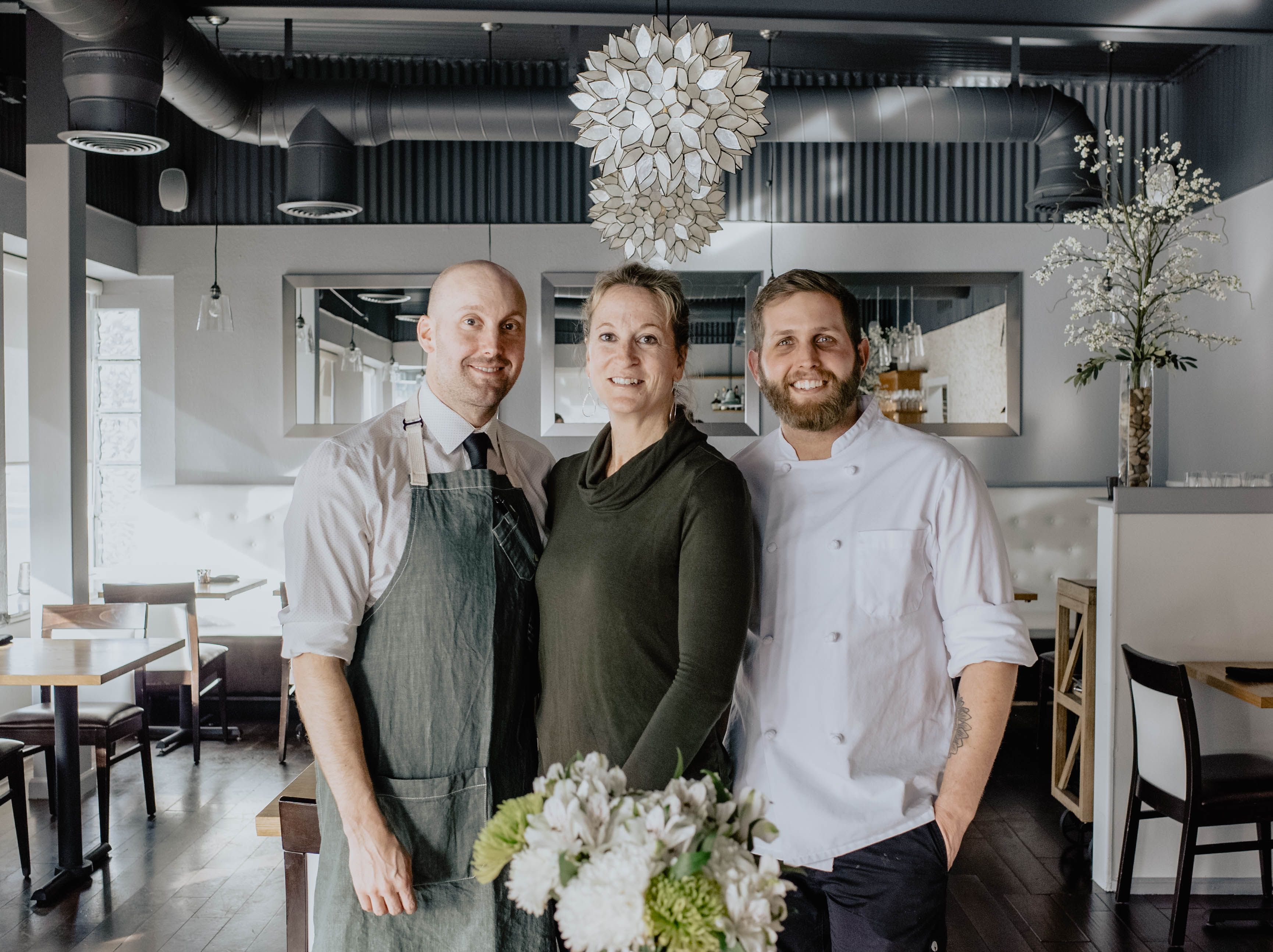 Restaurant Olivia considers itself a pasta restaurant first and an Italian restaurant second — but from time to time it features flavors and dishes from all over the world. “We are always going to get our inspiration from where it comes naturally,” said Heather Morrison, co-owner and hospitality maven. “We had a team trip planned to Italy last year but COVID forced us to cancel. We had all wanted to go to Greece so we shifted focus. Everything fell into place, it felt so right,” she said.

On the trip, the team was able to balance the learning aspect of traveling with the fun aspect of traveling — and it seems like those lines were often blurred. “We all had an incredible time and came back more bonded and focused on the future. The team is on fire with ideas right now,” said Morrison. The group traveled to wineries – including Domaine Skouras Winery in Argos and Douloufakis Winery and Manousakis Winery in Crete – where not only did they select some of the best wines in the world to bring back for the wine pairings, but the best hospitality. “The hospitality in Greece is unparalleled. Everywhere we went we were so welcomed, the people were so warm and gracious. It’s not something you always experience throughout the world,” said Morrison. 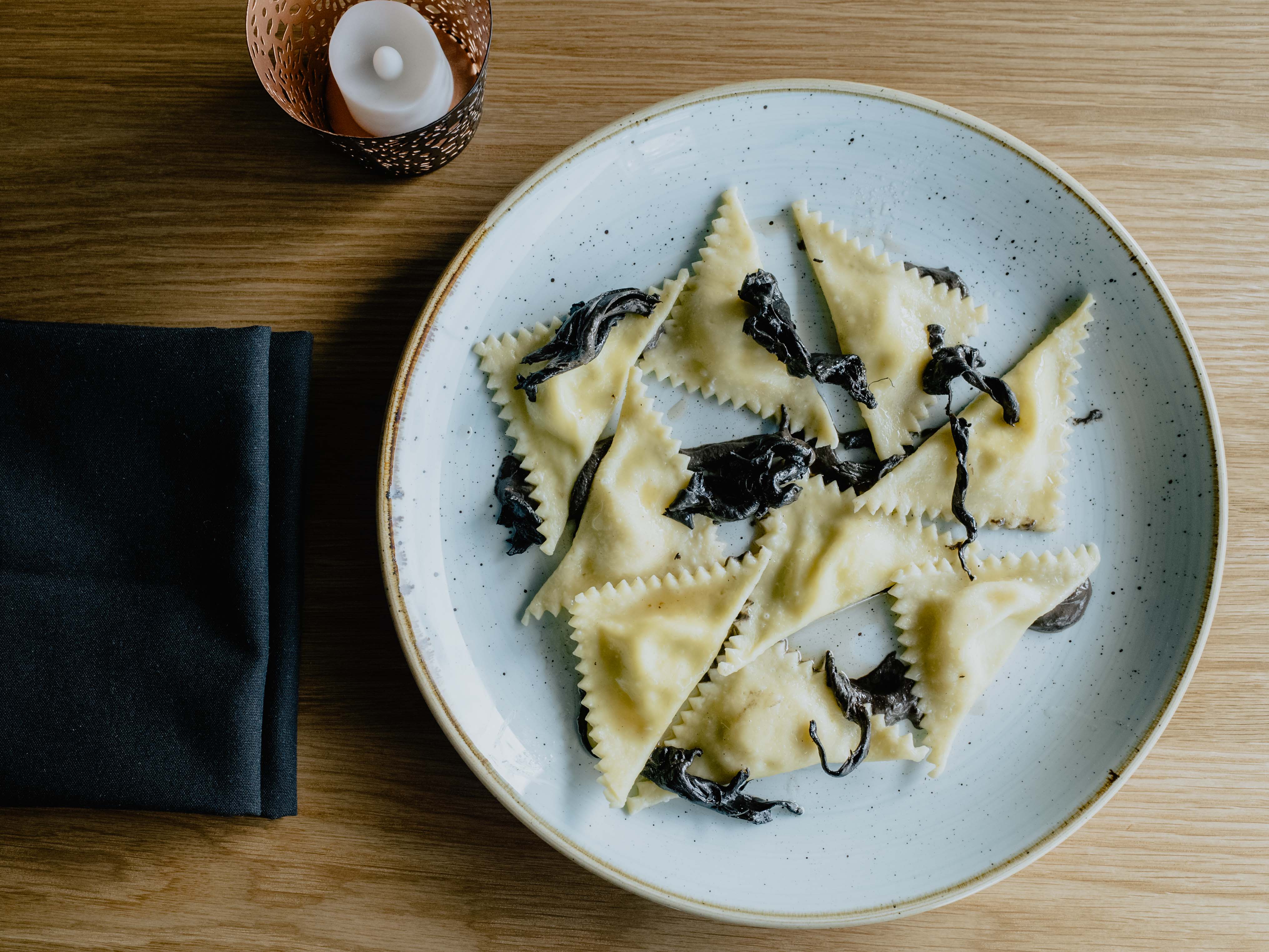 Much of Restaurant Olivia’s inspiration will come from the freshness and simplicity of the ingredients used in Greece as well as the items the group found at local markets. “Their version of a Greek salad is not like ours. The produce is so much better and the cheese is so fresh,” Morrison explained. While the food itself is extremely important, so is the setting you eat it in. When the group ate this Greek salad in particular, they were at the top of the vineyard, overlooking the ocean.

One thing that stuck with Morrison the most was the Greek word “filotimo” — a word that doesn’t have an exact translation into English but translates to “love of honor.” Morrison spoke to a man who described it as people who have enough money to have a plethora of food are so proud of it that they share with others with no plans of repayment — it’s unconditional with no strings attached. “It sounds a lot like my interpretation of integrity,” Morrison said.

The two Greek dinners at the restaurant will be on July 25 and August 8. Dinner costs $95 per person for five courses with an optional wine pairing for an additional $75 per person. You can expect a heavy Mediterranean influence highlighting simple ingredients like olive oil, oregano and lemon. As far as cocktails go, beverage guru Austin Carson will feature items like sweet tahini, strawberry, various melons, olives, sun-dried tomatoes, hibiscus, sour cherries and a variety of citrus. “This is as much enthusiasm we’ve ever had for a dinner,” said Morrison.

While you may not be eating a picnic lunch at the top of a vineyard on the island of Crete, the Greek dinner series at Restaurant Olivia is sure to impress with the Greek ingredients they purchased abroad, the excitement and pride of the chefs and the warm, loving hospitality that’s usually so rare to find.

Restaurant Olivia is located at 290 S Downing St, Denver. Open Tuesday – Saturday 5 p.m. – 9 p.m. Reservations for the two Greek dinners are limited and can be made on Tock.