Stevie Boi is an American fashion designer, actor and founder of the luxury eye-wear line and brand SBShades. Apart from these accomplishments, Boi also has a cookbook in stores now entitled “Stevie Boi Eats: International Soul.” Later this week, the New York based designer will showcase his stunning collection on the runway for Denver Fashion Week (DFW), marking his third appearance at the event.

According to Boi, the most exciting part of the collection for him are the elements he takes from skate culture mixed with futurism, which are the inspiration behind the title of the collection, “SK8T.” It will also feature what Boi describes as jean/metallic and heavy metals — along with LED light sunglasses and futuristically styled frames. On the creative side of things, Boi has his own unique process for how each piece comes to fruition.

“It’s really easy. I mostly sit in my garage and cut fabric. I don’t draw or sketch at all. What I do is called ‘blocking.’ For some strange reason, I can eye someone and figure out exact sizes. That is how every item I create works out for the individual,” explained Boi.

Boi’s latest collection means an immense amount to him. “I am able to give a perspective of growth but also show what my vision is,” Boi explained. Of course, there are both challenges and rewards to being a fashion designer. According to Boi, he does well working under pressure – in fact, that has been a positive experience for him. Moreover, it takes a lot of inspiration and motivation to be on the go every second of the day. “I’m not always in the mood to design. It really takes a good day for me to get to work — that’s the honest truth,” stated Boi.

Stevie Boi is known for creating clothing and accessories for stars such as Beyonce, Lady Gaga, Madonna, Rihanna and Katy Perry. He will show during the DFW Glam Night Fashion Show on Saturday, June 26 at the Forney Museum of Transportation, 4303 Brighton Blvd., Denver. Purchase tickets here. 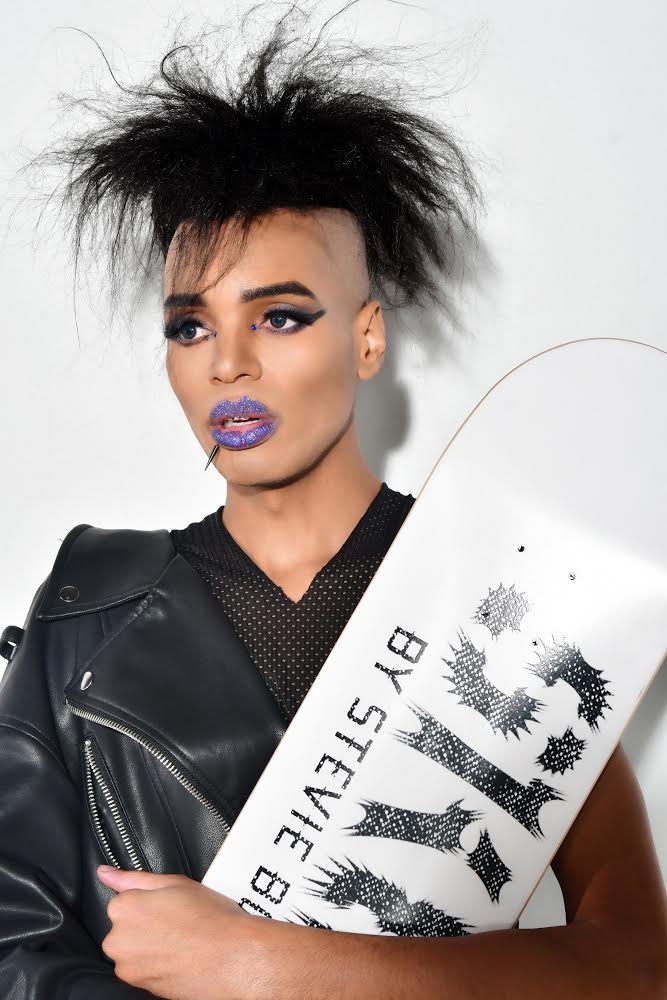