This week marked another step of progress in the return of live music with the official capacity of Red Rocks returning to its full 9,525 person capacity. Wednesday evening, Shakey Graves returned to Red Rocks, filling the venue with excited fans, upbeat music and putting smiles on faces throughout the packed audience. 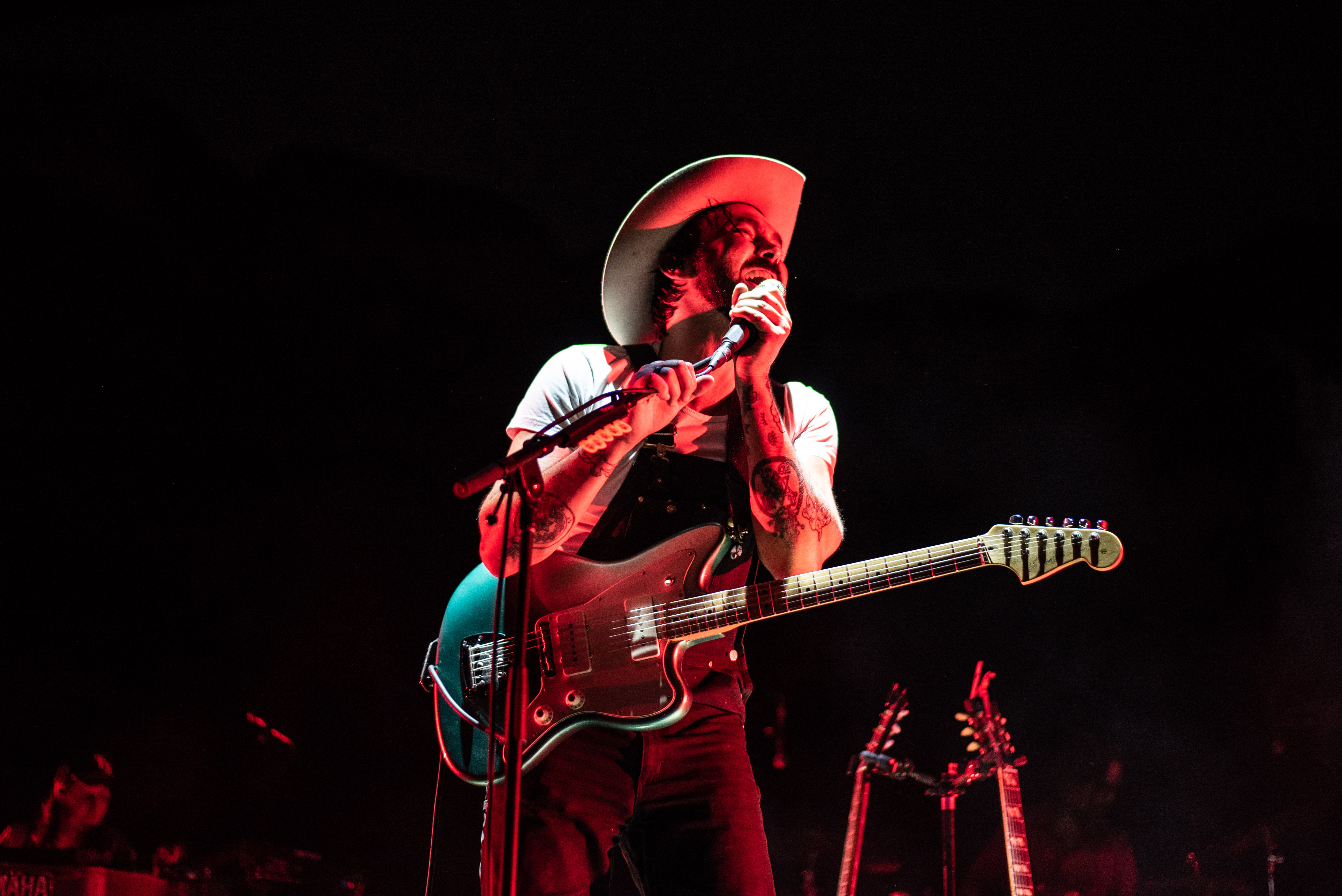 Despite a year of social distancing and diminished capacities, Red Rocks quickly transformed into the bustling venue we all knew and loved before the pandemic. Battling traffic delays and long ticket lines to get into the amphitheatre itself, concert-goers got the party started early, listening to Shakey Graves at full volume on their car radios as they filed into the parking lot to continue tailgating.

The night began with the spotlight on pop singer Lucy Dacus, who had an impressive number of fans show up early just to see her set. While her performance showed the signs of clunky awkwardness of a performer without much practice in front of an audience, her fans sang their hearts out. Their voices rising distinctly above the noise of fans finding their way to concessions, vaccination sites or to whatever seats they could find. By the end of Dacus’ set, Red Rocks was full to the brim and giving the singer a standing ovation that moved her and the rest of her band nearly to tears. 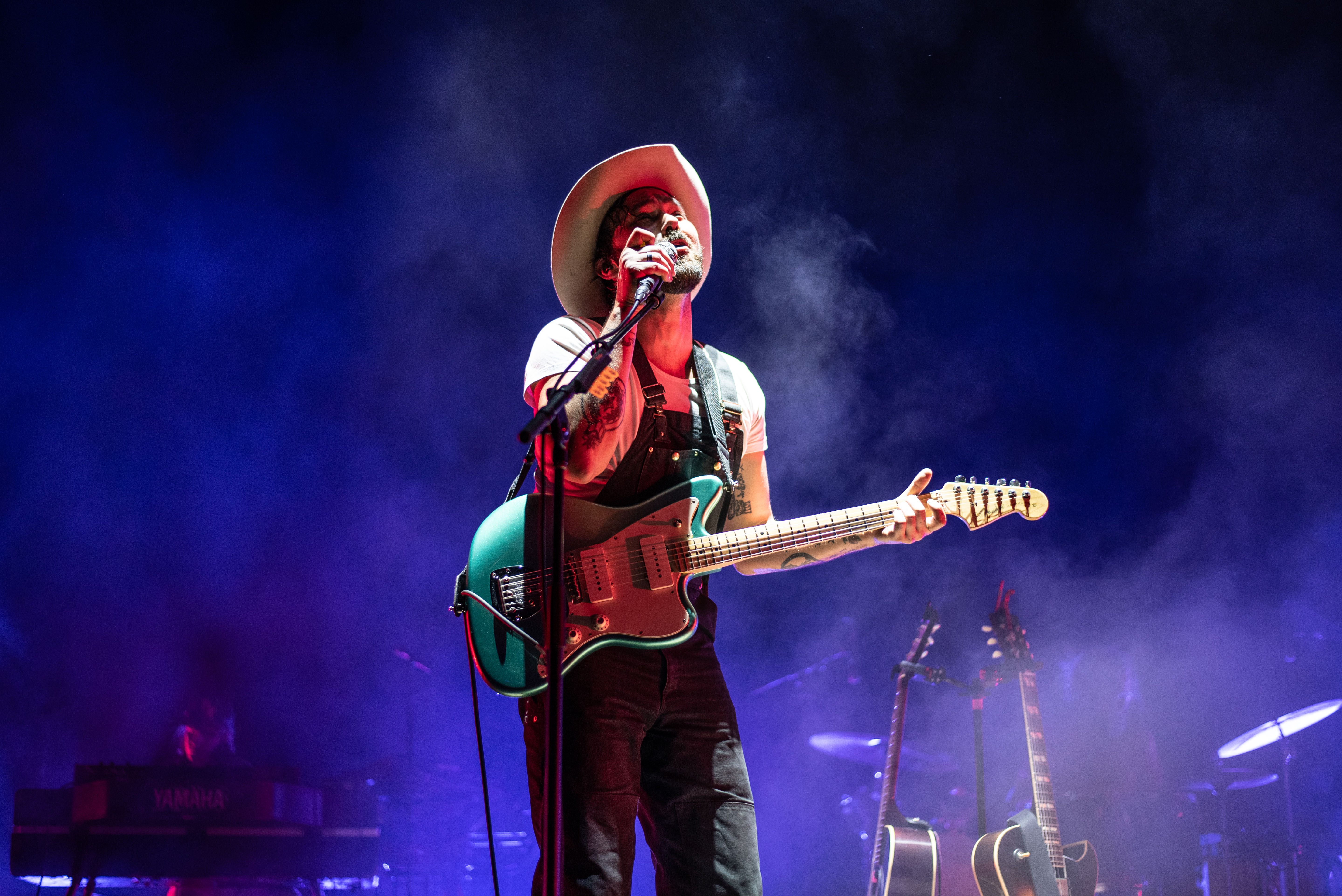 The audience erupted into joyful applause as Shakey Graves took the stage, launching into the crowd-pleasing folk song “Tomorrow.” Alone on stage, the singer’s presence filled the venue as he morphed one song into another.

Slowing down the tempo until the song was almost unrecognizable, Shakey Graves drawled the opening lines of Pixies “Where is My Mind?” The slow tempo built as the energy of the audience grew and individuals picked up the beat and added their voices to the chorus. 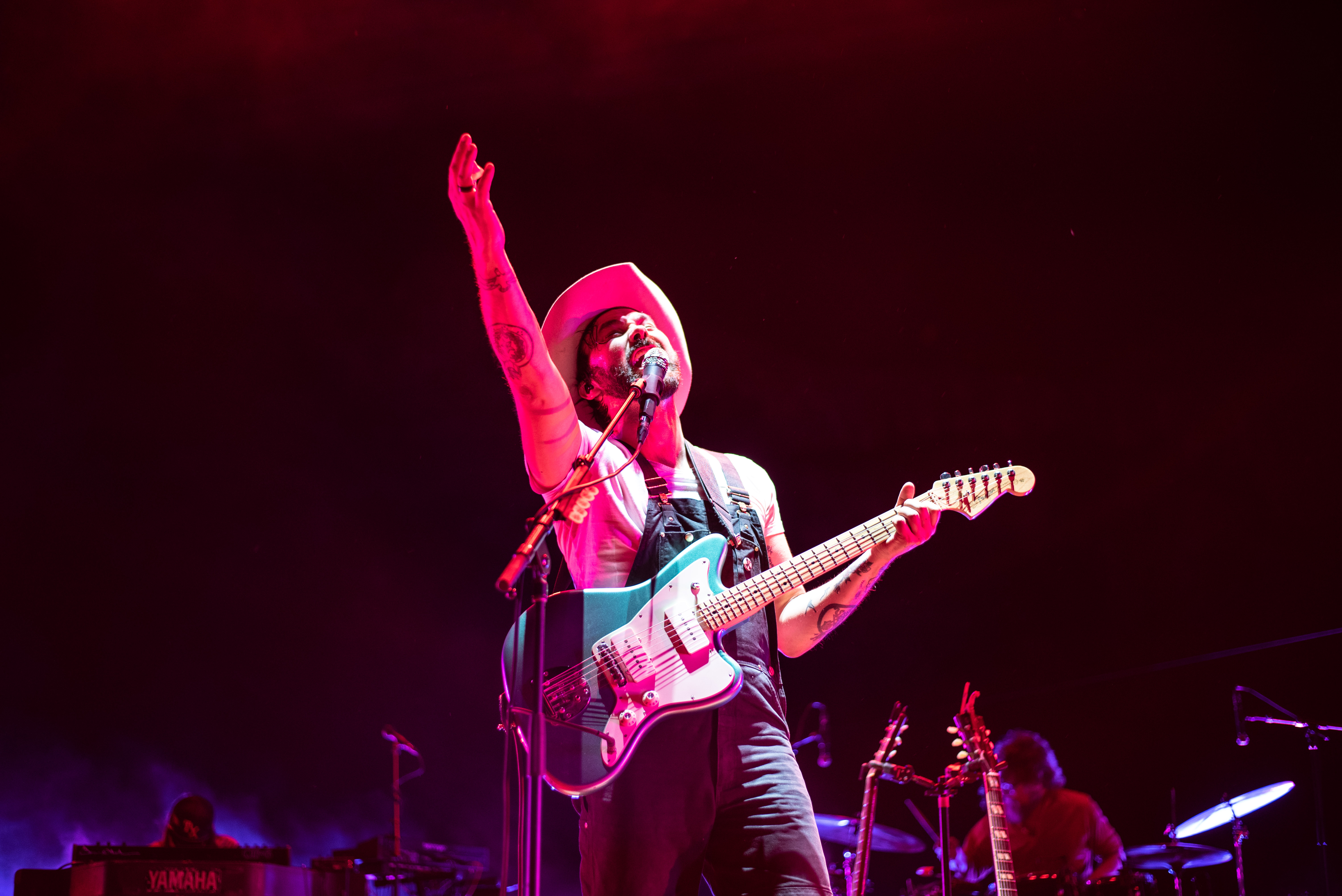 After a few songs, the artist was joined by his band on stage. Throughout the evening, fans danced and sang along to hits from Graves’ discography, including lively performances of “Family and Genus” and “Kids These Days.” With smiles plastered across the faces of fans, Red Rocks was flooded with a sense of family among listeners who have seen the artist countless times.

While some songs melted into the next, Graves paused between others, using the opportunity to tell brief anecdotes about the inspiration behind his songs. At other times the charismatic singer quipped and bantered, the crowd laughing and cheering in response. 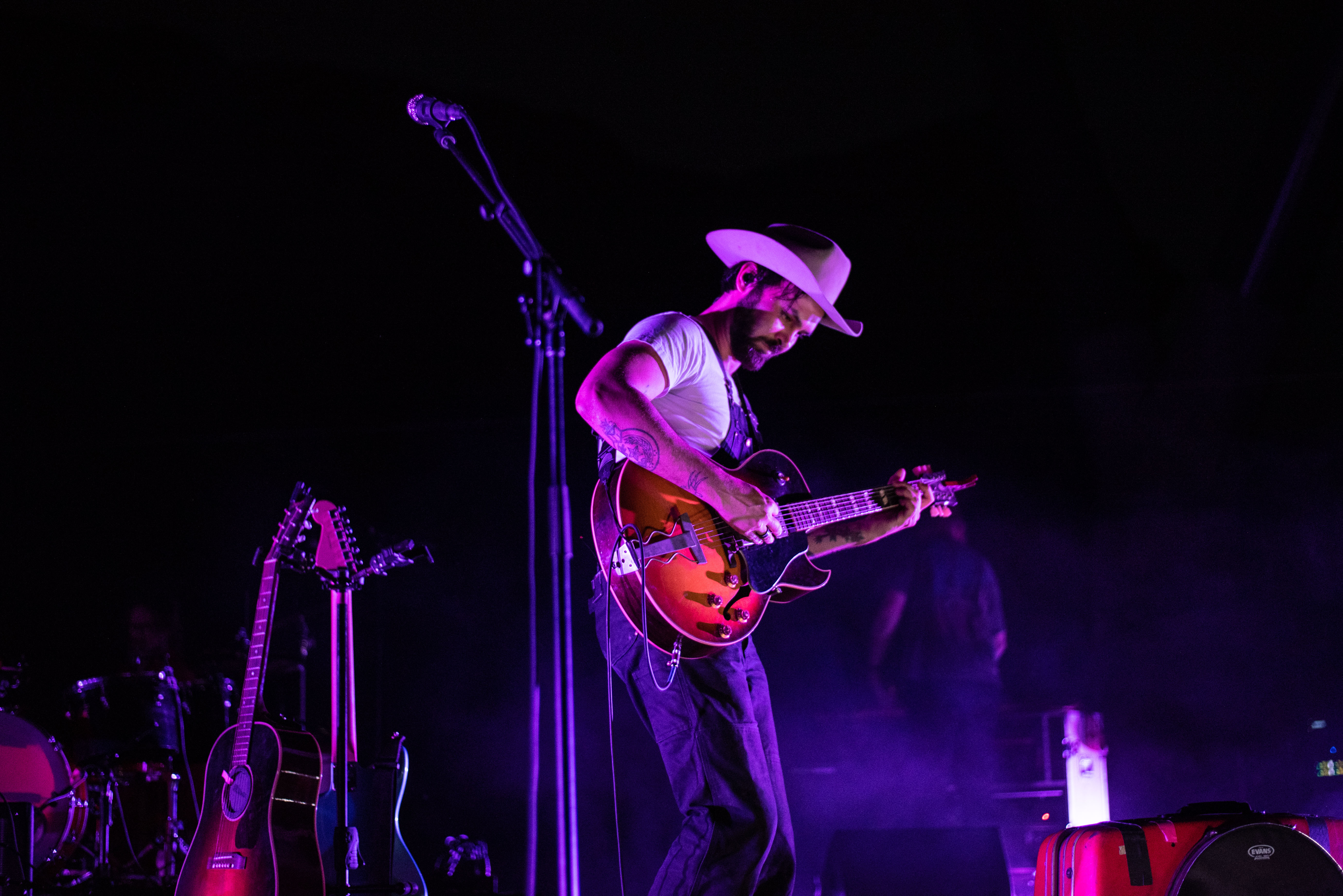 After disappearing in the smoke on stage, Graves and his band returned to the stage adorned in sequined suit jackets. Sparkling in the stage lights, the artist-led his band in an electrifying cover of David Bowie’s “Starman” that quickly turned into a full audience sing-along.

With the audience buzzing with frenzied excitement, Graves took the opportunity to perform new music for fans. With the audience’s attention glued to the performer, he joyfully shared finished out his set before sneaking off the stage.

Wasting no time, the headliner quickly returned to the stage to give fans what they’d waited all night for – the live performance of “Roll the Bones.” Pausing to thank fans for attending – and more importantly, supporting Graves and allowing him to be himself – the artist looked up at the audience in awe, the emotion of the evening worn plainly on his face. Quickly building into the most lively part of the evening, Graves led fans through the hit before bidding fans farewell for the evening. 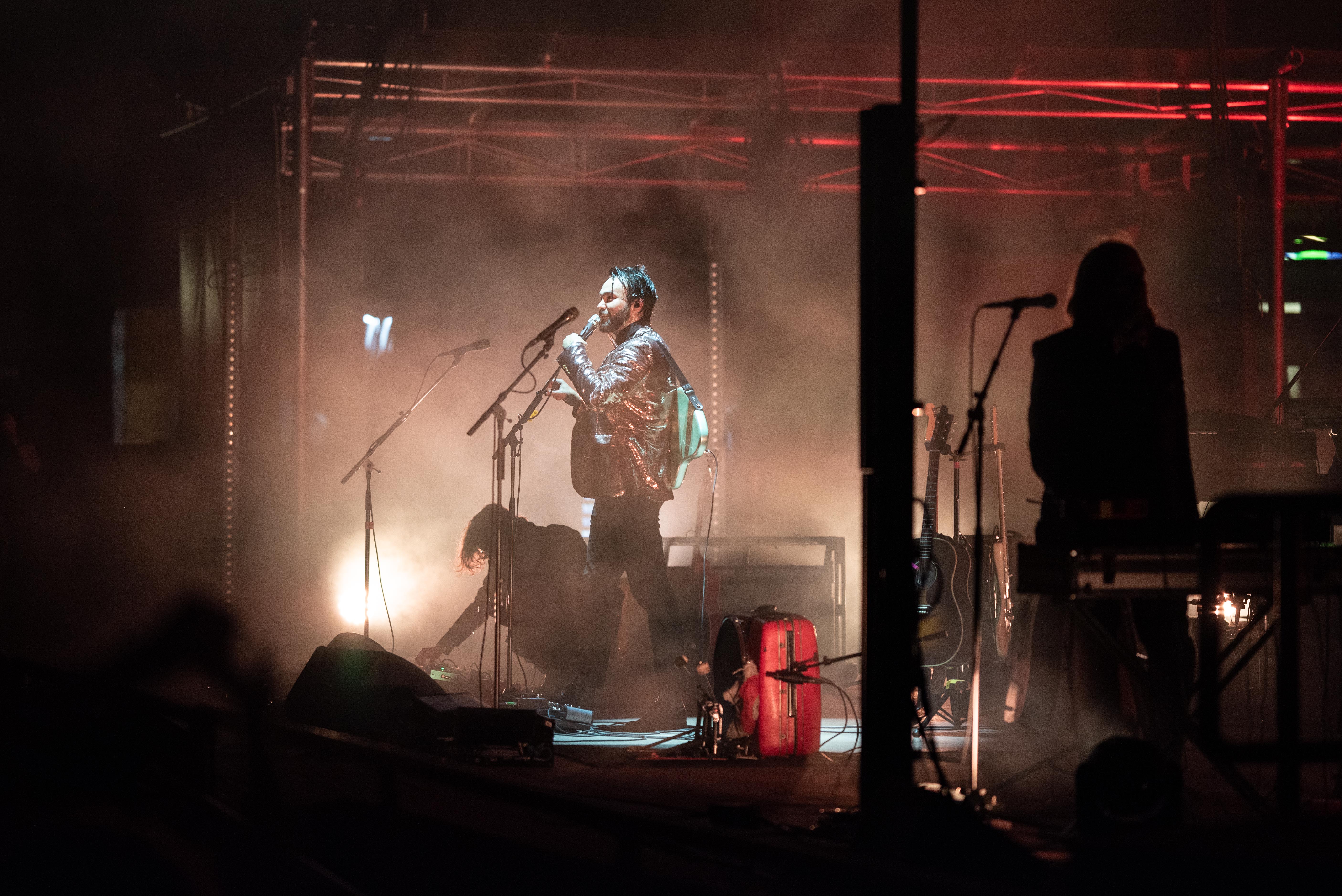