Fashion serves as a staple in people’s lives to express themselves. It transcends generations and preserves certain periods of time. But fashion can be so much more than merely clothing and accessories. ‘Flower by Edie Parker’ intersects fashion and cannabis – two things important to many but rarely connected. Luckily for Coloradans, Flower by Edie Parker is making its debut in dispensaries across the state.

Founder Brett Heyman created Edie Parker in 2010. Named after her daughter, the New York City-based company offers chic acrylic handbags, accessories and a growing home collection. Heyman has been collecting acrylic bags all of her life and her experience in fashion paved the way for Edie Parker. 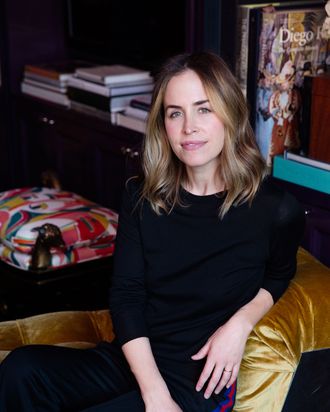 Right away, Edie Parker bags were featured in a variety of stores and at red carpet events on the arms of well-known celebrities like Chelsea Handler, Demi Lovato, Kacey Musgraves, Miley Cyrus, Busy Philipps, Kendall Jenner, Gigi Hadid and more. 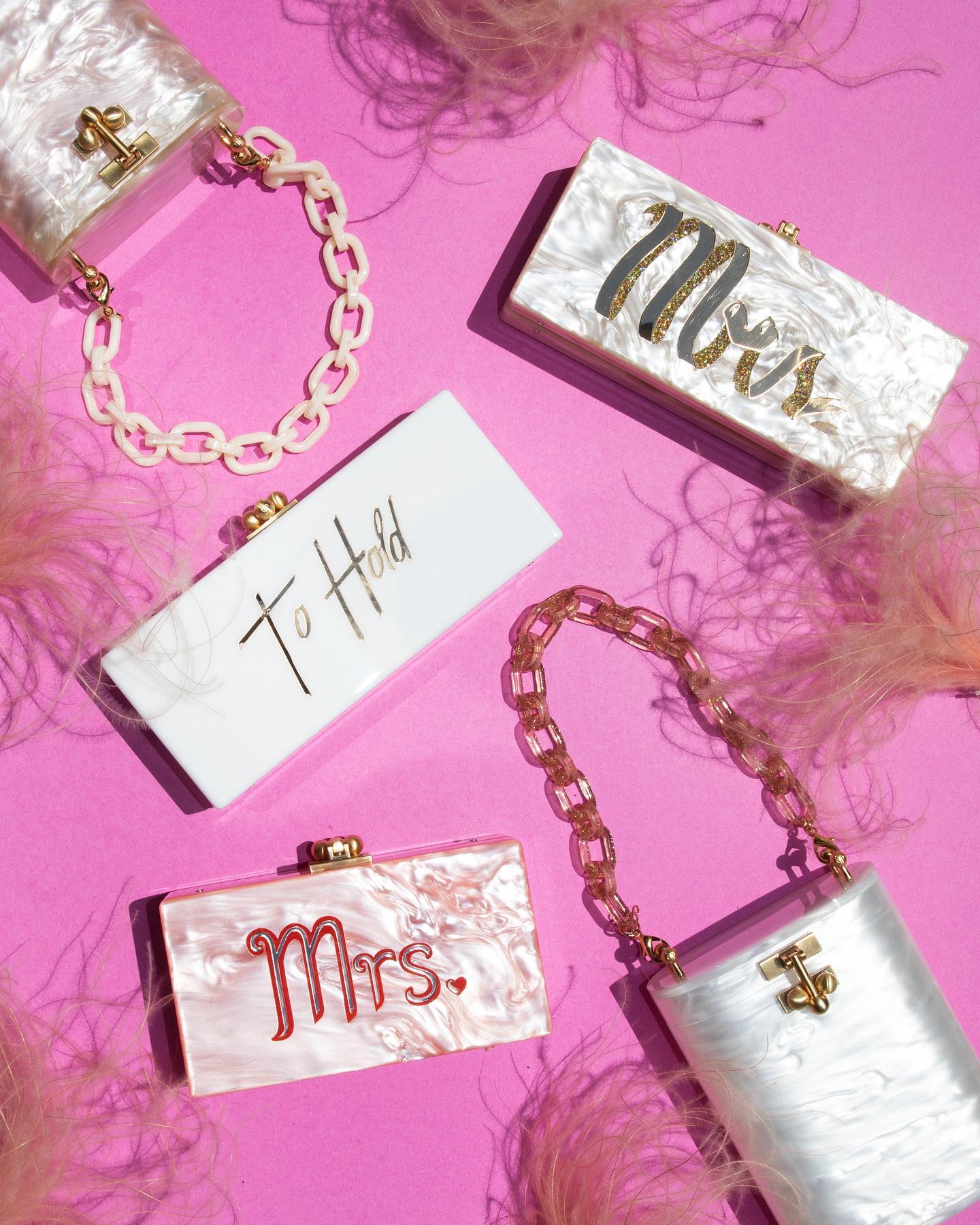 In 2016, Heyman expanded the brand to feature a home collection as well as a personalization program for customers to create bags crafted to their specifications. Edie Parker’s pieces are handcrafted in the United States and Italy. Though expensive, customers can expect quality products that will last.

In planning the home collection, “internally as a team we just kept talking about the use of cannabis and how that was a part of our lives and how there was nothing really for sale in the cannabis accessory market that – like Edie Parker – felt considered and really beautifully crafted and collectible,” Heyman said.

This led to the birth of Flower by Edie Parker in May of 2019. Along with accessories, an actual line of flower fills a hole that the Edie Parker team believed was in both dispensaries and the cannabis industry.

While cannabis is still a controversial subject in some areas in the United States, it’s no secret that Coloradans love their weed. That’s why Heyman decided to bring Flower by Edie Parker to the Centennial State. In partnering with Slang Worldwide, Heyman fulfilled her goal to reach women in the cannabis industry. Flower by Edie Parker is now available in dispensaries across the state, including High Country Healing in Silverthorne, High Country Healing in Vail, Telluride Green Room in Telluride, Naturita Green Room in Naturita and Local Product of Colorado in Denver. 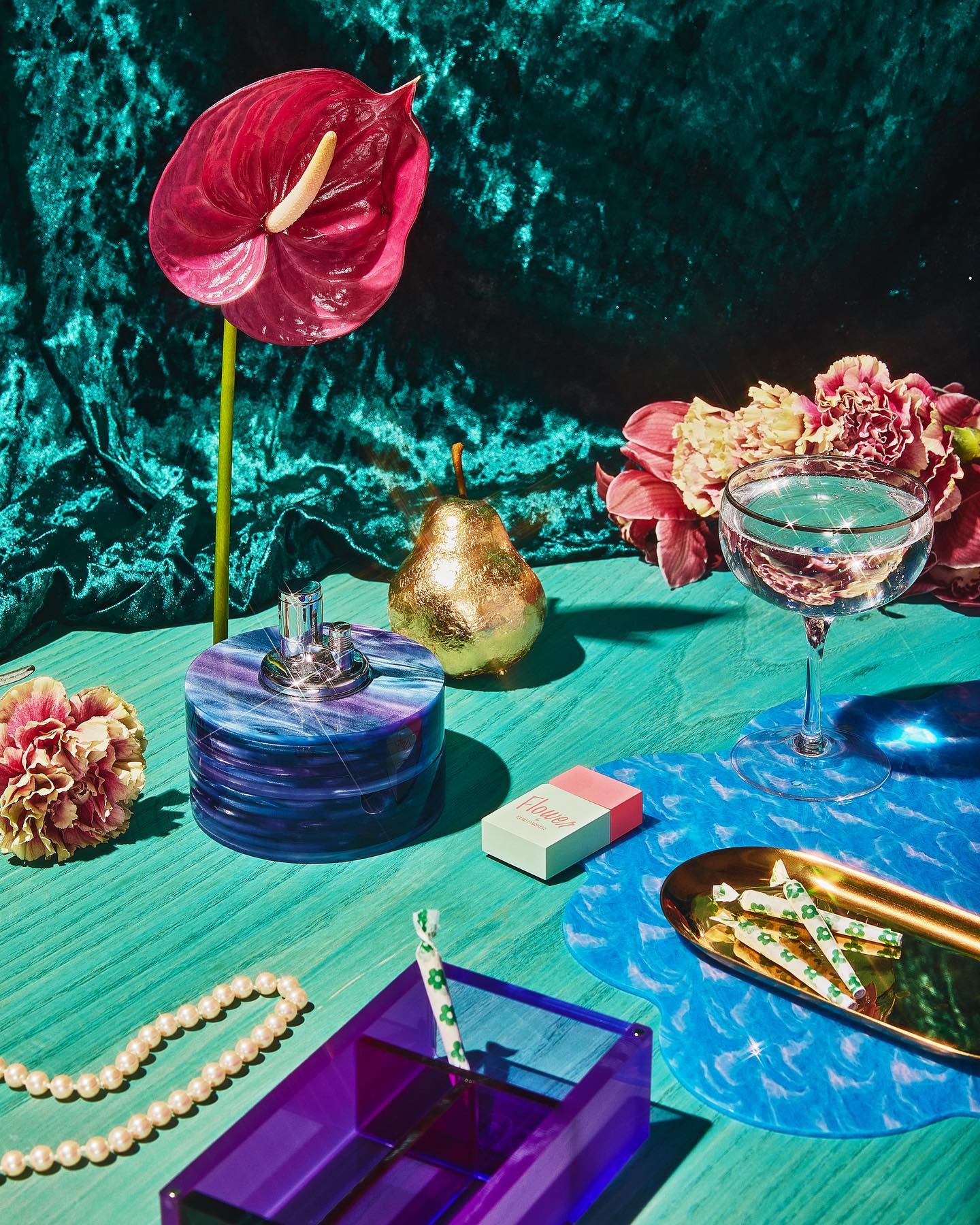 In addition to selling flower, Flower by Edie Parker offers an array of cannabis accessories as well. “We have like these carefully considered products that are meant to be displayed and passed down through generations. And we don’t feel like cannabis accessories should be treated any differently. I mean you know it’s like beautiful bar accessories, we think these are items to be gifted and shown off,” Heyman said.

Intersecting fashion and cannabis is a new phenomenon. Consequently, Heyman and the team have faced some backlash. This was to be expected, as “a lot of people look at us and are like ‘I don’t get it, you make those expensive handbags and now you make cannabis?’ So, I feel like when I explain the journey of the thinking, then it makes sense. But it is like we still do get a lot of raised eyebrows,” Heyman said.

The brand is home to a head shop on Madison Avenue featuring Flower by Edie Parker, which is a rewarding feeling for Heyman, despite the naysayers. “When we launched, we knew that we would offend some people but we believe so strongly in what we’re doing and sort of like the value and the magic of the plant and also in the normalization and sort of the mainstreamification, and we were really happy to be apart of that conversation,” she said. 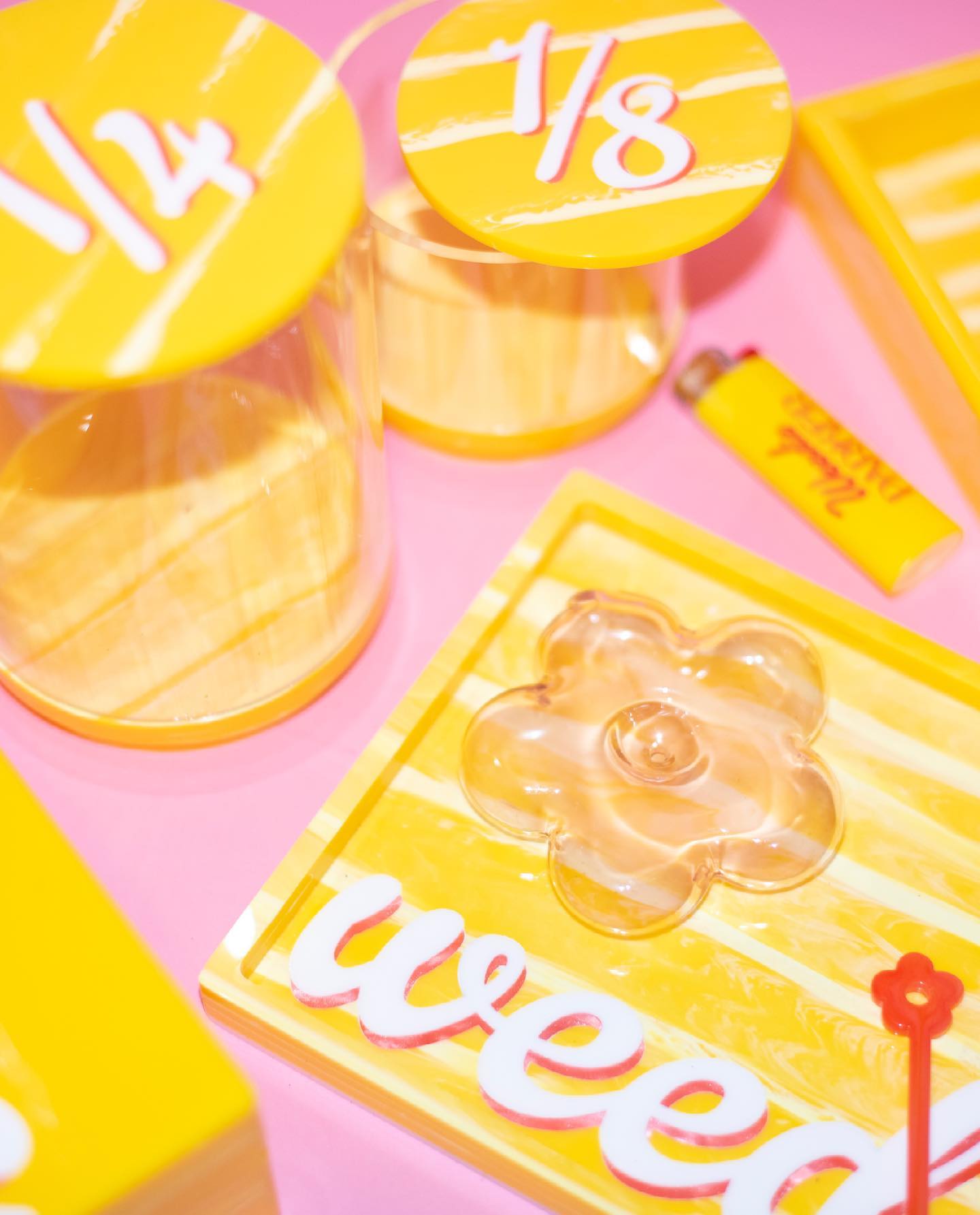 The cannabis industry stems from a dark past tinted with racist policies directed at minority communities. According to the American Civil Liberties Union (ACLU), “marijuana arrests now account for over half of all drug arrests in the United States.” In the same vein, Black people are 3.73 times more likely to end up behind bars as a result of marijuana charges as compared to white people.

While this issue remains in the cannabis industry, Heyman is aware of buyers and their reactions. “I think one of the greatest things about cannabis and the cannabis market and the cannabis consumer is how much they demand sort of that accountability from their brands and sort of that transparency about like ‘how are you giving back?’ Because obviously, historically, there have been these sort of like racist, enforcement of police policies in the War on Drugs,” she said.

Therefore, Edie Parker gives back in a variety of ways. Following the company’s launch in 2010, Heyman established the Edie Parker Foundation and secured 501(c)(3) status. Now, the company donates to social service organizations that support women and children, one of which is The Women’s Prison Association. “We also are reactive, so during the pandemic, we’ve given a lot to food banks like Feeding America … we went where need was,” Heyman said. 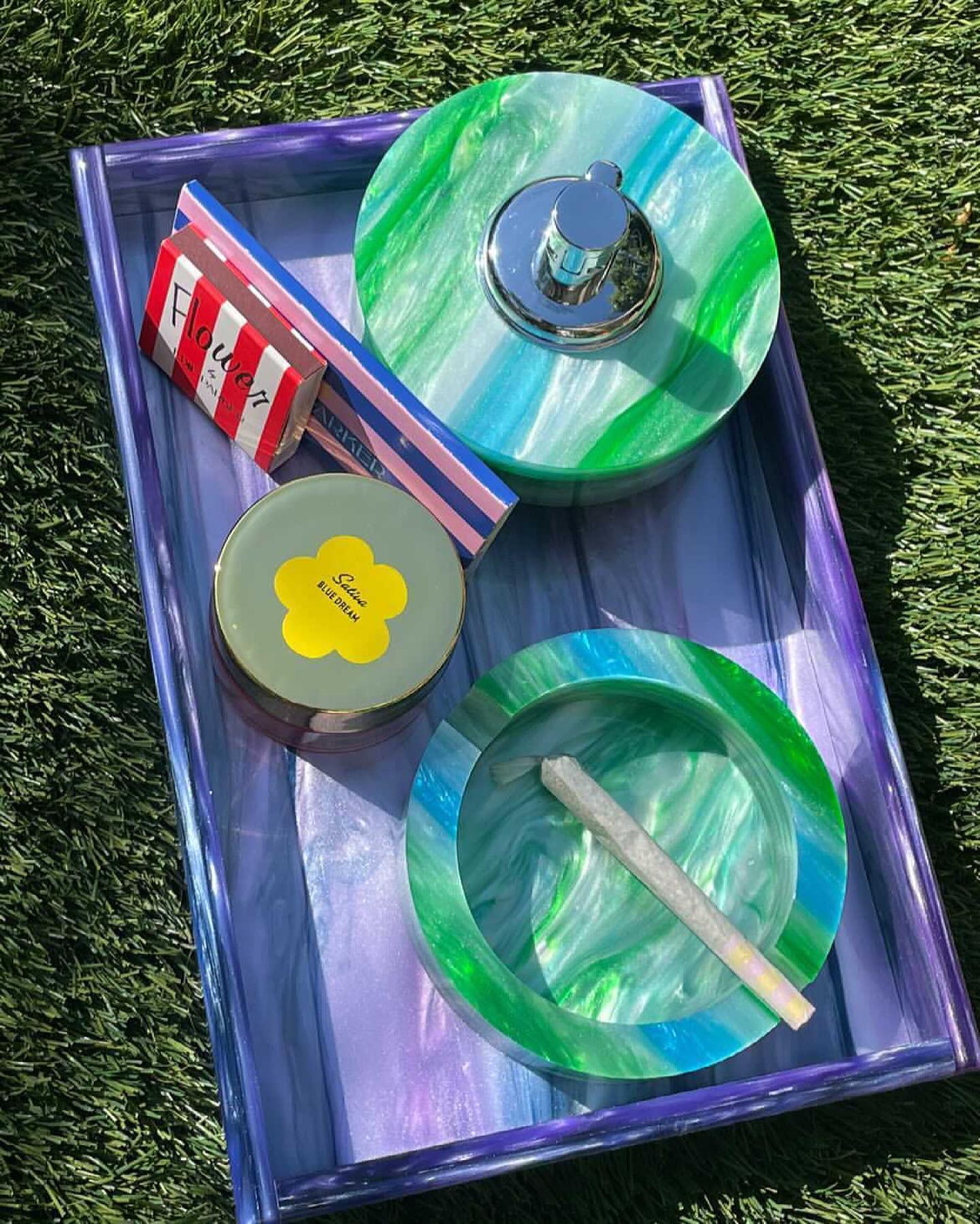 As for the future of Flower by Edie Parker, Heyman expects to see continued growth. Over the past 10 years, the Edie Parker team has learned a lot about the fashion industry and has effectively used their findings to support this next endeavor.

“Not to say that we’ll stop doing bags, I think we’ll always have that as sort of our halo product and sort of that aspirational product but I think that we’re trying to be a sort of first-of-its-kind, cannabis lifestyle brand,” Heyman said. “So, why can’t you have a beautiful, acrylic bag that maybe has … a hidden compartment for your joints and everything else? We sort of see it very holistically and think it’s really an attitude and sort of a look and feel and a sense of optimism and display and gift ability that touches all of our products.”