Whether enjoying a scenic sunset over the Rocky Mountains, hiking an iconic 14er or gazing out at the expanse of the plains on the eastern side of the state, Colorado’s scenery provides no shortage of opportunities to connect with nature. Sometimes, the byproduct of those excursions is a new inspiration for creative projects. Within the local music scene, inspiration drawn from those landscapes has become the foundation for Desert Atlas‘ debut album, The Great Plains Are An Ocean, which was released earlier this month.

Like many other local artists, Mark Ramirez utilized the pandemic-enforced isolation of 2020 as a time to revisit old projects, leading to the creation of his solo project Desert Atlas. With a backlog of recordings sitting in his computer and no one else to steer the direction of his project, the indie artist revisited some of his old songs and resolved to breathe new life into them. Throughout the many months at home, Ramirez had plenty of time to conceptualize the direction of the music, which was originally composed for a band that never formed. 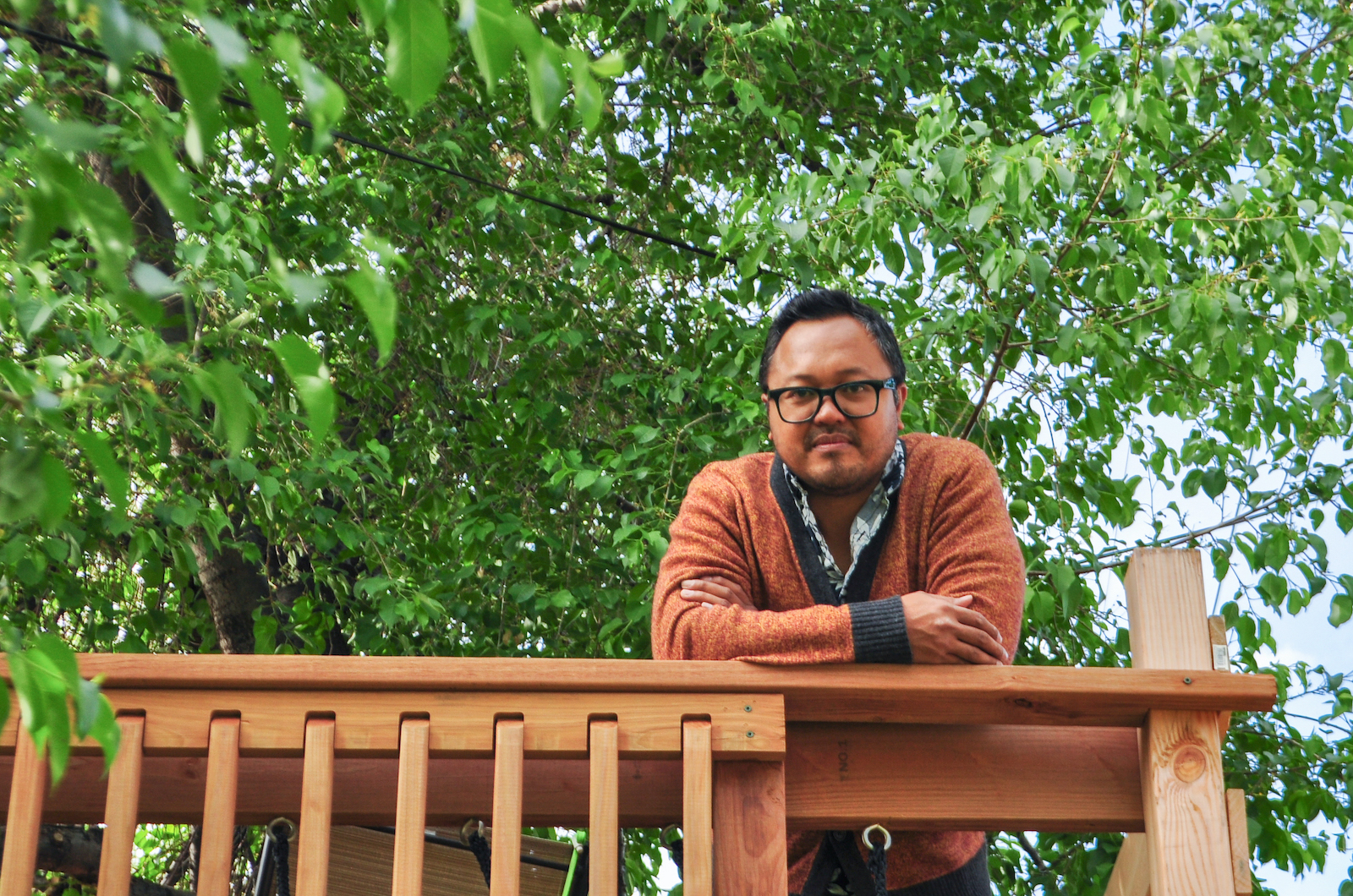 Prior to the birth of Desert Atlas, Ramirez’s music career can be traced back to his youth in the Philippines, when he purchased his first guitar with money given to him by his grandmother as a graduation gift. Armed with his newly acquired guitar and not much else, Ramirez and his friends would create music to the best of his ability. “We didn’t really have the proper equipment,” he recalled. “Having a drum kit at the time was like a big deal – even a bass guitar was amazing. We had those, but I mean, I didn’t have a proper amp. I played my guitar out of a karaoke machine. That’s what I plugged into.”

Then, at just 17 years old, Ramirez left his home in the Phillippines to start fresh in the US. Once stateside, he found his way into a career in news, forcing him to move around a lot in pursuit of the next great story. He lived on various parts of the East Coast, bouncing from New England to New Jersey to New York. Ultimately, this lack of stability made it difficult for the musician to lay down roots and be a part of a band.

Fortunately, while living in Saratoga Springs, New York, Ramirez finally found a home as a member of the alternative indie band Albumen, which proved to be an excellent experience for the budding musician. “We had different musical tastes, but it meshed when we switched instruments or whatever was needed. It was just fun,” he recalled.

After releasing a couple of records, Albumen found themselves growing up. With one of the members welcoming their first child as another moved away, the band dissolved. Then, in 2015, Ramirez along with his wife and son packed their bags and headed for his wife’s native state of Colorado. Upon settling in Denver, Ramirez again set his sights on joining a band – something he did briefly as the drummer of a local surf punk band that has since disbanded. Following that experience, Ramirez’s efforts to form a band of his own were always foiled by the shortage of available bass players. 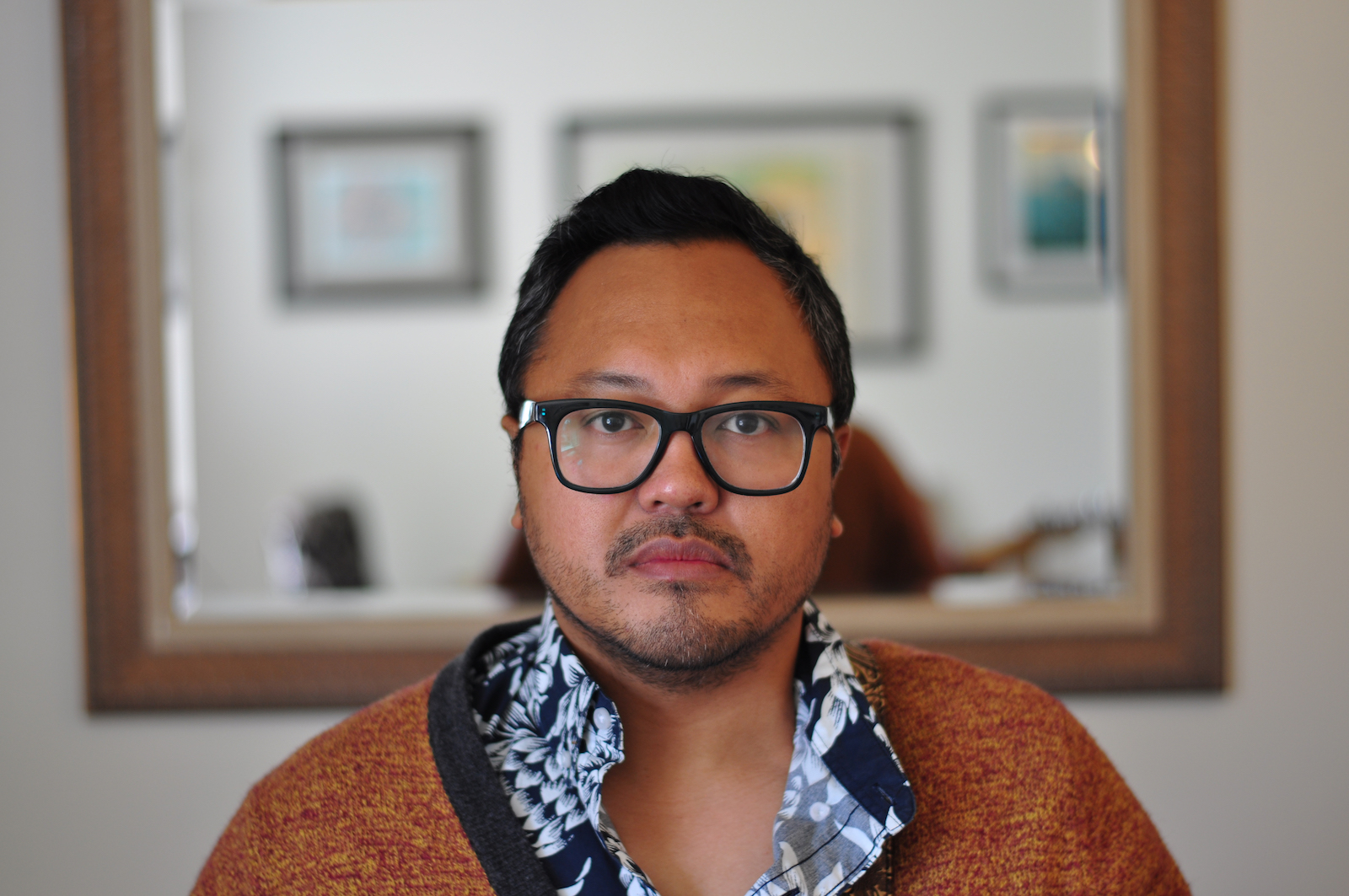 Then, as the unexpected happened and the spread of COVID-19 forced locals into their homes, Ramirez decided to take matters into his own hands.

“So, kind of in the last year, with everything that’s happened, pandemic and stuff, I was like, I should just do this myself. I’ve got plenty of songs, [I should] just see what I can do,” he said.

Pulling a few recordings out of his computer archives, the songwriter had the beginnings of the album. The rest of the album was written and recorded in the comfort of his own home. Then Ramirez called up one of his old friends from Albumen, who produced the album in his New York studio.

Appropriately for the solo endeavor, much of Desert Atlas’s debut album could be looked at as a meditation on the musician’s life and the places he’s lived. “You kind of want to memorialize the things that you know,” he explained.

However, the album is equally influenced by the musician’s move to Colorado. Prior to the move, Ramirez and his family lived just outside the bustling metropolis of New York City. Constantly surrounded by the fast-paced life of the big apple, the move out West provided an unexpected new source of inspiration.

“In New York, it was always about what was new. I love walking around New York City and you were always discovering something you hadn’t seen before or people who were doing stuff that you hadn’t heard of. Just kind of the idea of this city that’s been there for centuries but is still changing constantly. You don’t see that as much in Denver. There are not as many people, but I like how there’s more emphasis on being outdoors and enjoying nature,” Ramirez said.

The title track of the album, “The Great Plains are an Ocean,” draws much of its inspiration from the musician’s move to Denver. Trading in skyscrapers for vast plains, Ramirez found himself wondering what it would be like to not just visit the state, but live in Colorado for an extended period of time.

Fortunately, leaving the Northeast half of the country and moving out west, the change in scenery provided the songwriter with a new muse. “I love the southwest. Everything is just so big and epic and sweeping. [My family and I] took a road trip southwest – Durango, New Mexico, Utah – just the landscapes are so different. It’s really inspiring too.” he explained. “I had no idea, which is kind of embarrassing to say, but just being in a bubble in the northeast, and there’s this gigantic rest of the country.”

The thoughtful lyricism throughout Desert Atlas’s debut album seems to indicate that the move to Colorado, while a bit jarring, ultimately provided an excellent springboard for the rising local musician.

Desert Atlas is scheduled for a free live performance at 6:30 p.m. on July 2 at The Denver Art Society as part of the First Friday Art Walk at Denver’s Art District on Santa Fe. More information on that performance can be found here.

All photography provided by Desert Atlas.