Carolyn Nugent and Alen Ramos are blurring the line between home bakers and bakery experts with their new pop-up boulangerie – fitting comfortably within their house at the end of a cul de sac in Parker, Colorado. They face the finicky temperatures that home ovens always seem to have and the minimal workspace which usually works for making dinner for four. However, this micro-bakery – Ulster Street Pastry – makes treats that could easily be found at an esteemed French bakery rather than a school bake sale.

This husband and wife are fully committed to their baking as they have spent years refining their craft to what it has become today. While Parker is their home now, their residency has spanned the U.S and abroad — providing them with the expertise to build an artisan bakery. Their notable start began in Las Vegas work alongside Joel Robuchon, who was deemed the “Chef of the Century” in the early ’80s. After spends time under the bright Vegas lights, they decided their next adventure would be touring through Europe and absorbing all there is to know about the art of pastry. 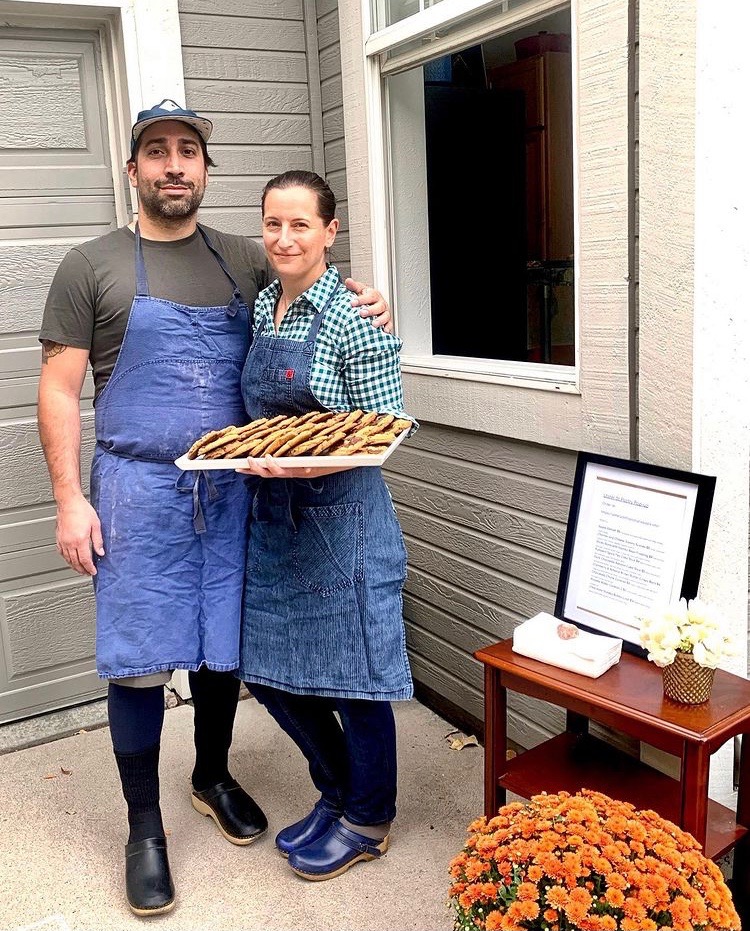 “We have been the recipients of priceless training by some of the best chefs of our time,” stated Nugent. She reflects on her and Ramos’ stints at El Bulli and The Fat Duck laid the foundation for their exploration by surrounding themselves with the creativity from the top restaurants in the world.

Back in the United States, their knowledge continued to flourish as they led the two Michelin-starred pastry and bread side of L20 restaurant in Chicago. Their flight continued as they trained with chef Thomas Keller in Beverly Hills with his rebound Bouchon Bakery. Stagnation was not in the future for either chef as they continued to progress and made their way to San Francisco to cultivate fresh-milled flours and heritage grains as the expectation for bread making.

All these unparalleled experiences could have landed them in any number of Michelin-starred venues, as it has in the past, but instead, they are breaking away from the expectation to formalize their own vision.

Their micro-bakery technically opens shop with their ordering site going live on Sunday mornings. Arriving anytime later than the early morning to their pastry pop-up site can result in the dreaded red letters of Out of Stock sitting beside each item. After scoring an item or two, reaping these rewards won’t come until pick-up on Saturday at Annette — the gastropub located inside Stanley Market in Aurora. In the early stages of their business, customers came to their home for pick-up and were able to see the unexpected bakery that lived inside their white suburban home. 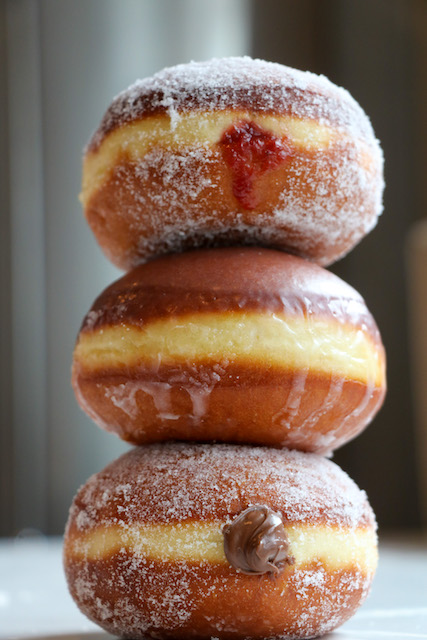 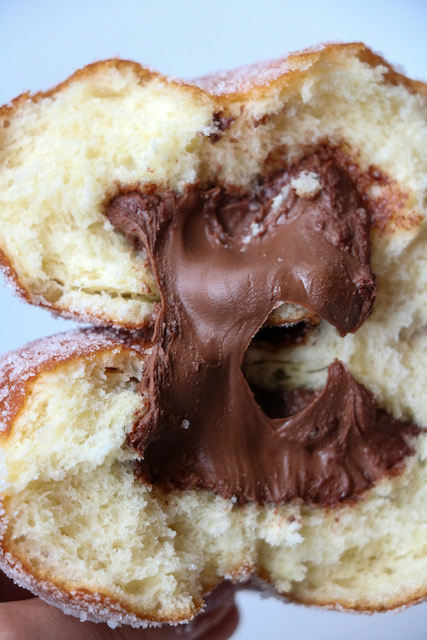 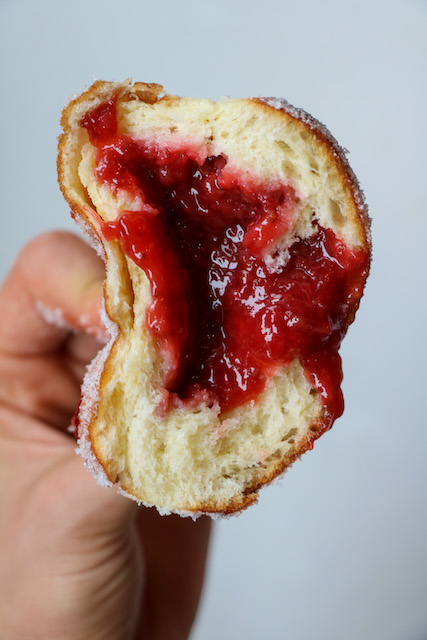 Some of their most priced desserts are their humbly-looking doughnuts. The Berliners are their take on a yeasted doughnut. This German-style doughnut lacks the iconic hole that gives this breakfast confection its looks. The sweet fried buns come with a light glaze or a decadent filling and covered in sugar. They offer two varieties, one for the chocoholics with Nutella and fruity with a vibrant jam that tastes like biting into berries straight from the vine. Rather than a filled doughnut found elsewhere, each bite radiates with enough filling.

They upgrade the everyday cinnamon roll by making their version of a sticky bun. It forgoes the creamy frosting for gooey salted caramel that drips into every swirl. The cinnamon comes through even more with the dashes of salt added to the caramel. The final crunch comes from chopped pecans that a sticky pun cannot live without.

Nugent and Ramos enjoy straying from the conventions, much like their setup calls for. Many pastry chefs struggle with achieving the perfect choux pastry because the complications with temperature and texture can lead the dough astray. Their cream puffs bake into thin shells strong enough to support their mousseline––a pastry cream that has extra butter and whipped cream to create the perfect velvety texture—and a layer of blended hazelnuts, almonds, and caramel. The sugar work continues with a layer of sugar coating the top similar to that of a creme brûlée. They bring together elements of a traditional praline and cream puff but execute an offering unlike any other.

While sweets have a tender place in their heart, they explore the realm of floral and savory as well. Their speckled earl gray tea angel food cake retains the fluffy texture but has a more complex bite than the usual vanilla and almond. On the other side of the spectrum has their crumbly buttery scone that flakes similarly to a biscuit. It has spice from the mingling of chorizo and poblano chilies folded into the crust. Shreds of cheddar cheese melt within and also crisp up the bottom for a mix of textures. 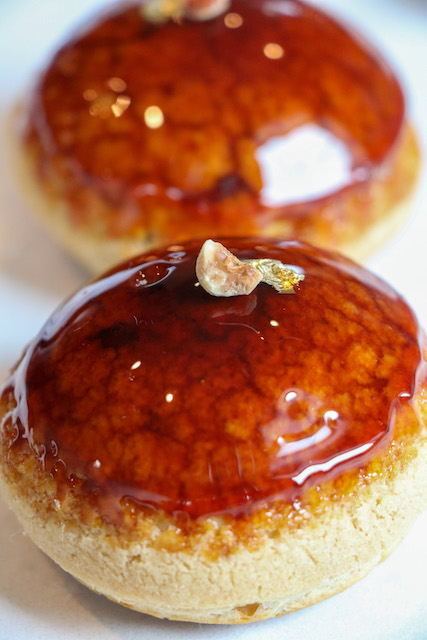 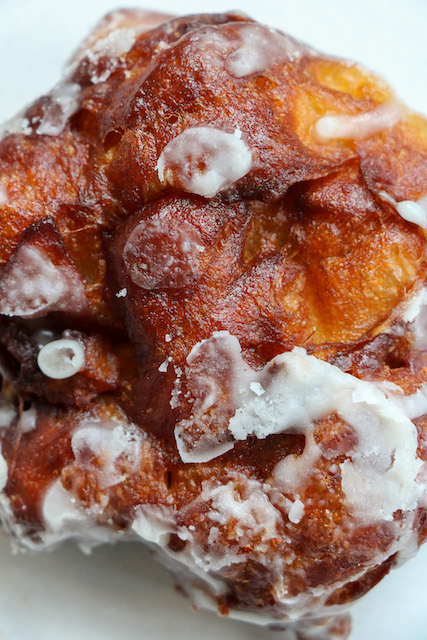 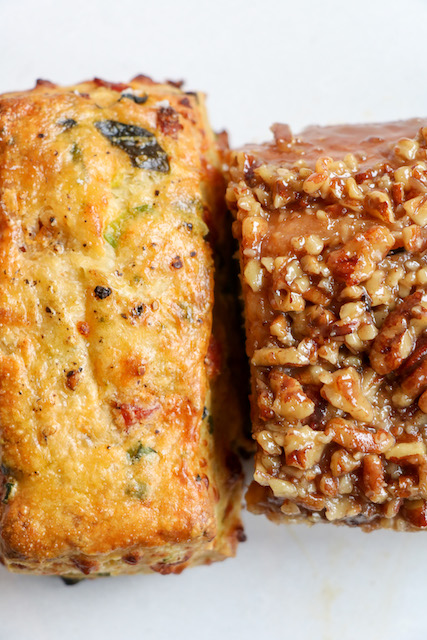 Their menu remains limited as well as their quantities. They are not among an assembly line like other mass production shops. Recently, they have expanded to adding rotating specials and a secret pastry. It adds a sense of enticement for those interested in seeing what this pair can come up with next. They do hope to find a home specifically for their baking but for now the comfort of their home is a true reflection of the care that creates each of their pastries.

Orders can be placed here and pick-up time is between 9-10 a.m. on Saturdays at Stanley Marketplace–2501 Dallas St., Aurora.