The Dairy Block is offering a fresh campaign for discovering new artists through live shows. Launching May 22 and 23, Artists on the Rise will deliver welcomed new sound with unique free live performances in the intimate Dairy Block alley. Each month the LoDo micro-district will shine a spotlight on some of Denver’s most noteworthy emerging musicians. LVDY, the acoustic female power-duo, comprised of Aubrey Mable and Kathleen Hooper, is set to kick off the new Artists on the Rise concert series.

The two will take the Dairy Block audience on a trip back to their roots. They started their career performing late-night jams in their kitchen and busking on the 16th Street Mall in Denver and will be bringing that same organic energy to the alley at the Dairy Block. Concertgoers can expect a stripped-down performance showcasing the raw talents of two women and a guitar, just as it began. 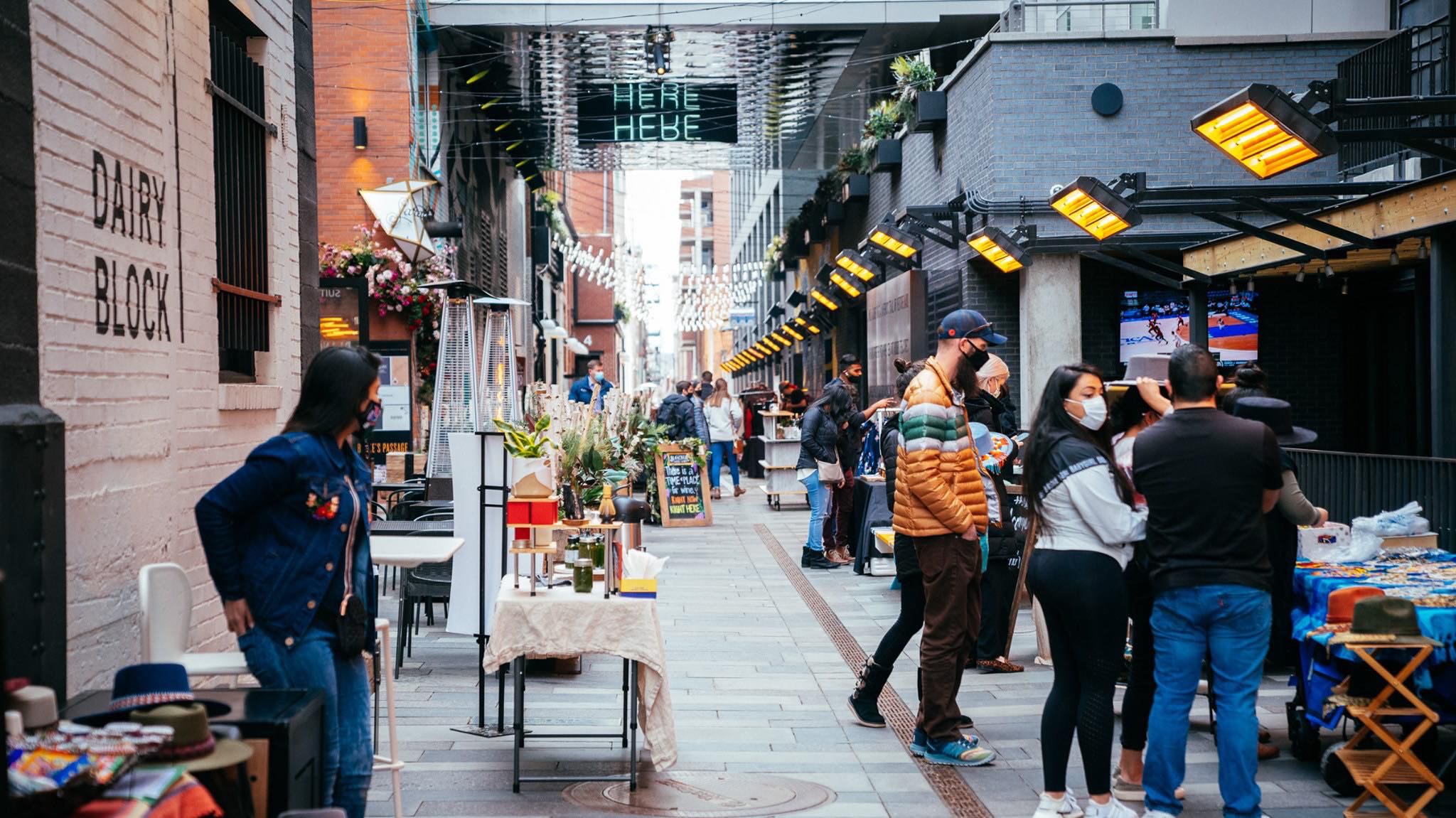 Since speaking with 303 in 2019, LVDY has grown a lot as a band. In April of this year, LVDY released their debut album, Gold. The project is a folky, ethereal dive into the minds of two talented musicians and great friends. Their intention in releasing the album in April (Mental Health Awareness month) was to urge fans to approach the listening experience with the same consideration they felt in its conception.

“The title track to our album gold is our biggest call out and our biggest call in for just taking care of each other. Something that is at the heart of this album is checking in on the people you love and encouraging people to get outside in nature and really listen to their hearts,” Mable said.

The 11-track album confronts the challenges faced both in producing the album and interpersonally over the past year. The paramount challenge being, recording Gold despite living in separate cities. The two created the second half of their album on back-and-forth Zoom collaboration calls, testing their long-distance songwriting abilities. They attribute their successes with releasing Gold and growing their platform through the pandemic in large part to their solid friendship.

“That’s what makes LVDY so special, the foundation is a deep-rooted love and friendship of just two humans who adore each other,” Hooper expressed.

Their signature evocative sound will be on full display at the Dairy Block for the entire month of May. The duo will also perform two free outdoor concerts at the Dairy Block on May 22 and 23. The Artists on the Rise concert series will continue in June with performances by Andy Hakbarth. Going forward, emerging artist nominations can be made on the Dairy Block website for the oncoming months for those with hopes of being featured in the campaign.