Q&A – The Future Is Female With Denver’s LVDY

It didn’t take long for Denver’s LVDY to cut through the noise and burst onto the music scene in a major way. Shepherding a folksy yet soulful sound into Denver’s collective conscious, Aubrey Mable and Kathleen Hooper have amassed tens of thousands of streams and sold out their first headlining gig at Lost Lake with a mere two songs to their name. Mable, the gritty DIY backbone of the group, lives in direct contrast to Hooper’s elegance and theatrical presence, but together, despite how different they may seem, when they come together as LVDY, its nothing short of amazing. LVDY is an acoustic/electric duo who wears their gender as a beacon of empowerment, hence the “V” in their name, and if their early successes are any indication, the future is female. Catching up with the women of LVDY for their miraculous first interview ever, at a “girl-power” themed Sofar Sounds event, we talked about their backstory, living and busking in New Zealand and how 2018 changed everything for them.

303 Magazine: How did you both meet, and how did LVDY come to be?

Aubrey Mable: We met studying abroad in New Zealand in 2012 — our junior year of college.

Kathleen Hooper: I was at the University of Denver and Aubrey was at Bryant University in Providence, Rhode Island. We were both in different programs but met abroad.

AM: Yeah, we met randomly one night in a friend’s kitchen and then we figured out we had a mutual connection. One of my high school teachers was Kathleen’s summer camp counselor, and was like, “Oh, you guys should hang out — you’d get along.” So, that’s how we met. I was living in Rhode Island for three years after college and then I moved back to Denver in the fall of 2017 and ended up living with Kathleen. We just started busking on the street.

KH: We had a lot of family dinners where people would pick up guitars and have a lot of singalongs. Then, whenever Aubrey would have breaks from school she’d come home to Denver because she’s from Aurora and we’d hang out and play music together. When she moved back we were like, wait, this is actually great, we should play all the time. We actually went back to New Zealand in March of last year, and we ran a half Iron Man together. We had a ukulele with us and we took this little road trip after the race and we were just busking everywhere. We met this girl one night and we were going to go out to pizza and we had made some extra busking money to buy her some. It was one of those first experiences where we were like, this is fun — we’re doing what we love. We’re making a living, I mean not a living, but we’re making money, in the meantime to be able to pay for some of these things along the way. We actually even considered moving to New Zealand for a while to make it happen and pursue our music there and see what would come. The constant, however, was just our friendship that was just so strong and, the way we write music together is effortless. It’s challenging at times, but effortless. 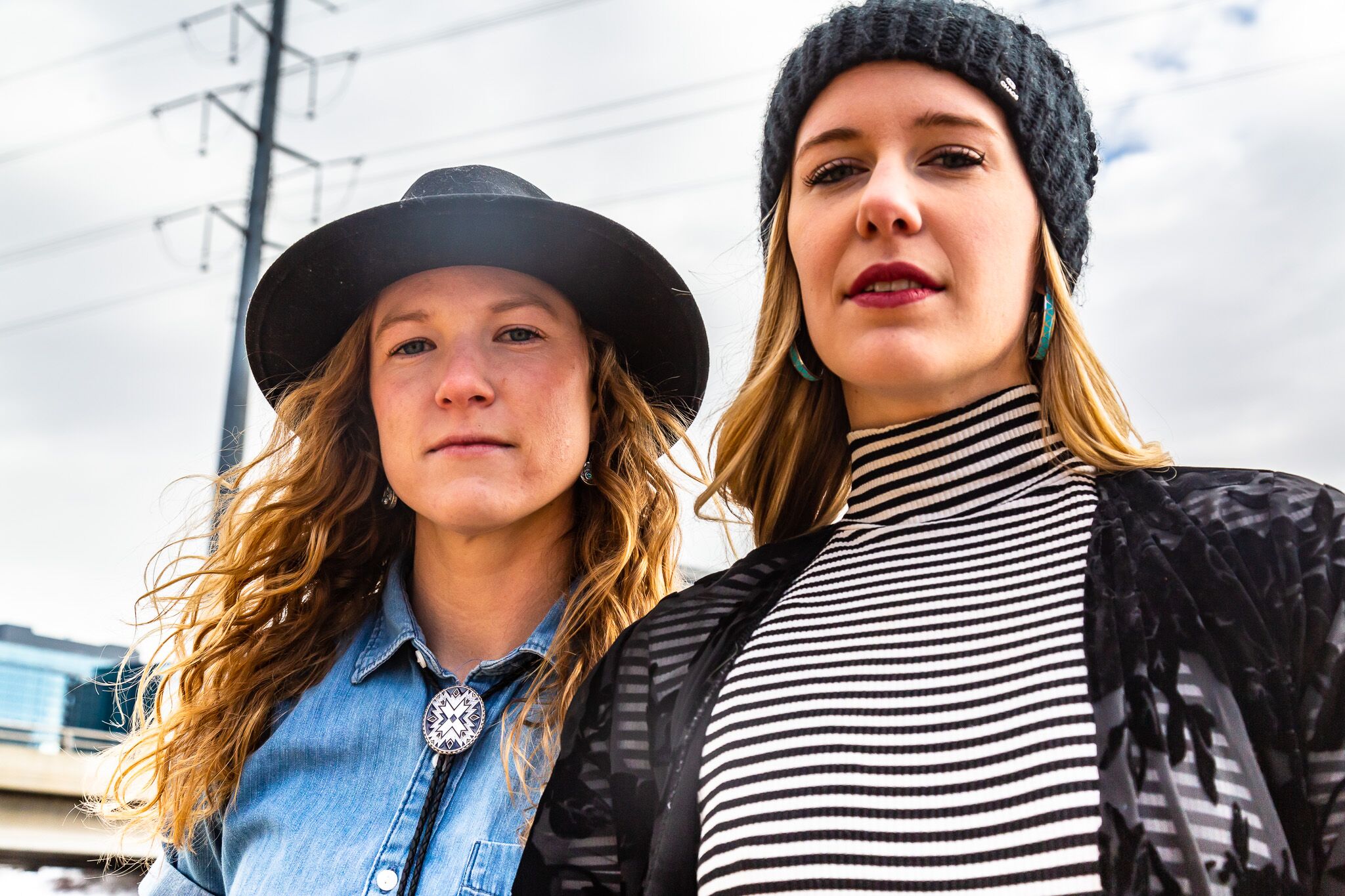 From left to right: Aubrey Mable and Kathleen Hooper of Denver’s LVDY.

303: What’s the hardest thing you both have to work through when working together?

AM: Kathleen is the only person in the world that I’ve never gotten sick of. I think just balancing everything that we do is the most challenging thing. You know, if one of us has an idea and maybe wanting to jump into it right away, but the other person is busy or has things going on, you know, it’s our lives — we’re both living. We both have these individual lives, but then we also have this life as LVDY.

KH: As we’ve grown, we’ve recognized how important this is for both of us and this is what we want in the long run. So, I think we also have different skills when it comes to music. Aubrey is an insane guitar player. I do not have that. Likewise, she’s been writing music since she was 14 and when we started talking about writing music together, I was like, I don’t write music. I mean, I journal sometimes, but she said, just start, just even take some of your journal things and try and make them rhyme or just try to put a melody to it and just mess up over and over and over again, and that’s okay.

303: With not a lot of songs out, you’ve managed to amass quite a large following in Denver and sell-out venues like Lost Lake, that said, can you describe how your year has been?

KH: We have an incredible community. First, it starts with our “LVDY Mob,” which is the name of our girl gang, which is how LVDY came to be. We played at the Christikindl Market and busked more, and then it started picking up. We played in people’s kitchens and then we played for people’s parties, and then I think our first big, our first big gig was the opening of Movement Gym.

AM: That was the first time we were going to be paid to play or music. Oh my God. Um, and then we played for five hours. It was just this natural flow — we’ll be the background music at the bar and play covers for two hours, and now we’re at the point where that doesn’t really interest us anymore. We have our own things to say and at the same time are super grateful for what those platforms have given us.

KH: I know that this has moved quickly, especially with talking with a lot of people within the industry. It’s been a whirlwind but it also feels really natural for us. It feels like this is how it’s supposed to be. We’re riding the wave and we’re also taking a lot of initiative to figure out what’s next and how we can show up in other cities and other people’s events. 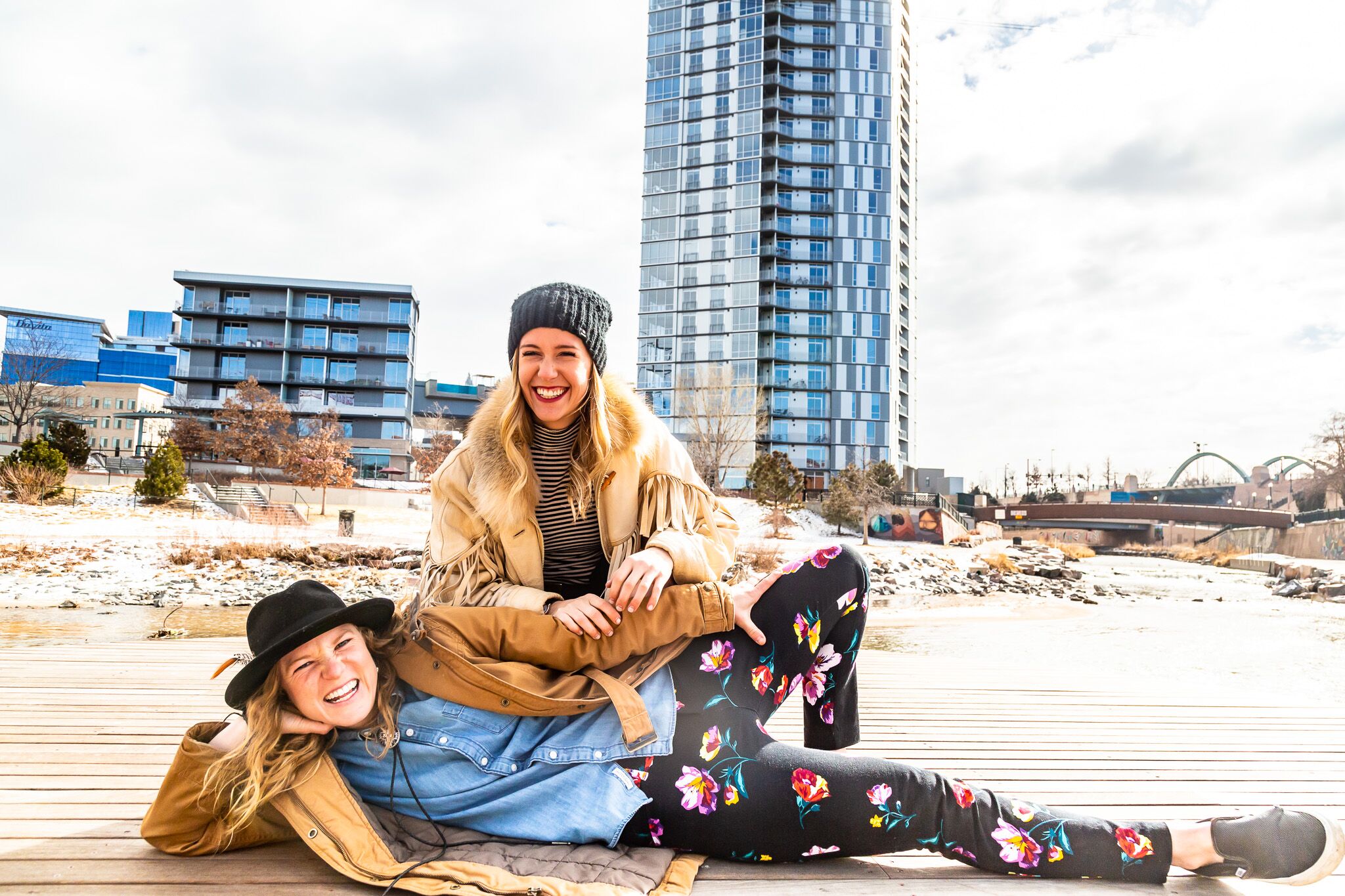 KH: I think the conversation is already happening and we’re excited to be a part of it. If we have the opportunity to speak about what we believe in and allow people to be themselves and to fully love themselves —man, woman, child, and every person in between, what we want to do is help people know themselves a little bit better. I think one of the coolest things that we’ve received as feedback is, you’ve inspired me to create something, whatever that might be. You’ve inspired me to pick up this craft, you’ve inspired me to start this art or take that next step to leave the job I hate or leave the person I’m not happy with, or just step into their power. I think the conversation is happening of lady power and what it means to be a woman in our society right now, what it means to be an independent woman or a strong woman, I don’t know, there are so many different directions we can go with this and I’m grateful to be a part of the conversation. 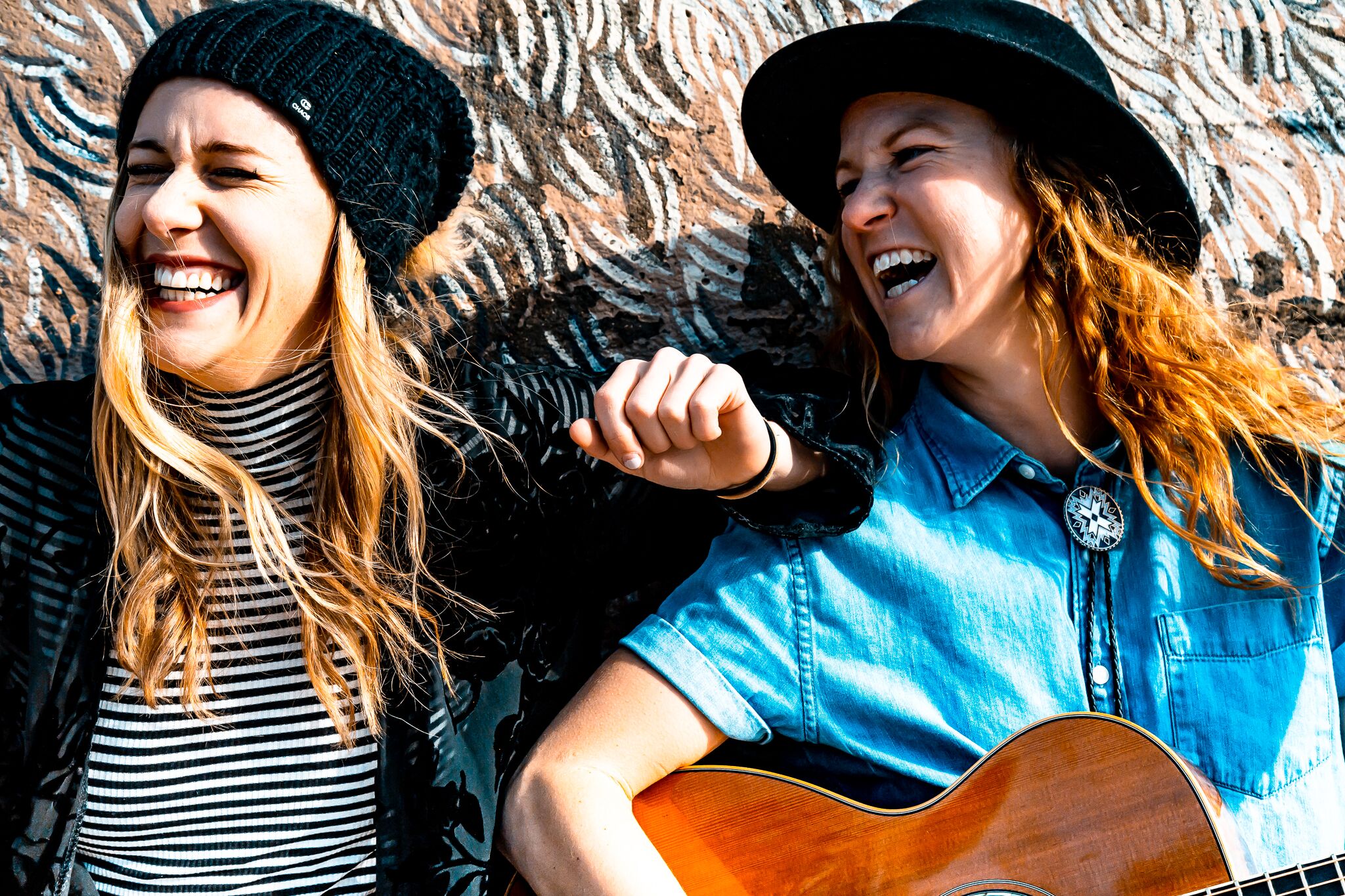 303: Prior to LVDY, what was your background as musicians?

AM: I taught myself how to play guitar when I was 12, and then I joined the jazz band because that was the cool thing. I was also in a band in middle school called Verbal Warning — we were terrible. Throughout college I played at bars, you know, I needed my beer money and then I was in a duo in Providence, Rhode Island when I lived out there called the Silent Shoals with this amazing man named Mike. We wrote a lot of really awesome songs, but it just never went anywhere. Getting back to Denver and finally being able to reconnect with Kathleen to the point that it was like, let’s do this thing. There was just so much inspiration that was running through our veins when we started in what led to a bunch of those initial songs we wrote together where we were actually good. I have no classical voice training or guitar lessons,  it’s all been DIY and kind of putting it together, and figuring it out on my end.

KH: My family is very musical. My Dad was in a men’s acapella group for 25 years. My mom sings and my sister sings, and it was something I always loved. I was a theater kid all throughout school. In high school when I started taking theater a little more seriously, I started receiving classical training, but I wanted to sing fun songs — theater songs. Then, I switched voice coaches and I started receiving musical theater training, which is all about the power, breath, holding those long notes and the big voice. I fell in love. In college, I actually applied to a music school and didn’t get in. Then, I thought about doing music and, you know, I really love it, but I loved it so much that I didn’t want to ruin it. If I study it, I’m almost afraid that it would take away the beauty of it. So, I went to the University of Denver and joined their acapella group, Idiosingcrasies. When she (Aubrey) moved back, things just sort of fell into place.

303: Ideally, where do you see the LVDY heading?

A: This (points to a picture of Red Rocks on her phone). That’s Red Rocks. It’s my background and when we look at this every day. This is where we see ourselves and we see ourselves making music — using our talent and the platform that we’ve built so far to empower people and make people feel things.

Catch LVDY‘s next headlining show on March 14, at Larimer Lounge (2721 Larimer St., Denver, 80205) alongside The Dollhouse Thieves and Shelly Rollison. Tickets can be found here. Also, stay on the lookout for their debut EP, to be released soon.