Deep inside the heart of rap music, there exists a number of essential elements — the genre’s valves and arteries, if you will. Community, collaboration and storytelling are just a few chambers that make modern music’s most visually, conceptually dense niche whole. While it is totally feasible for hip-hop to survive without one or more of these pieces, harmony between all facets must be achieved for a rap scene to thrive. Look at New York City, Los Angeles, Chicago or Houston — in the ’80s and ’90s, rap music’s cornerstones had to figure out what it took to crawl before they could walk. Now they’re in an Olympic sprint. Denver’s rap scene can be defined in one generalized phrase — tons of talent, but minimal recognition. For years, bars and rhyme schemes have taken a backseat to fist pumps and folk chords. Cat Evans, a Byers/Baker neighborhood native, has been present and immersed in the city’s most under-appreciated genre since she could walk and talk. It was here that she found her passion for the arts.

“I’ve always been heavy into writing — period. Poetry, essays, all of that. I actually wanted to be a journalist at one point. On top of that, I’ve been obsessed with music for as long as I can remember. I was on LimeWire, making mix CDs for the homies, checking out all the blogs — that’s one of the reasons for my love of hip-hop.” 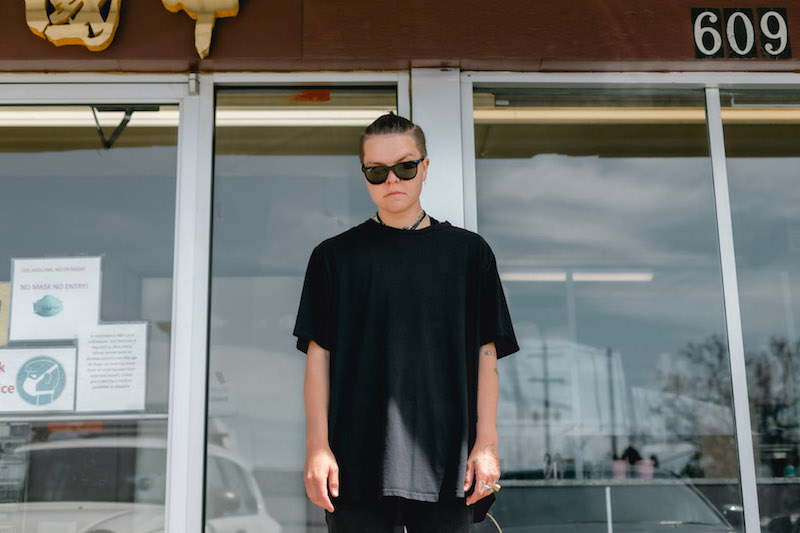 Location and influence play a colossal part in Cat Evan’s upbringing. “I hold my neighborhood and area with super high importance. It was super unique — just this gathering place of kids with different interests and ideas — a bunch of entities bubbling around each other.” She continues, reiterating this unconditional respect for the Baker neighborhood, “It’s so sacred to me for so many reasons.” Evans credits her community — the area surrounding Alameda & Broadway — as a basis for her initial love of rap music.

“I got pulled into hip-hop for a couple of specific reasons. First is the culture — black culture, one-hundred percent. Where I’m from, black culture raised me. It was all around me growing up. Additionally, I appreciate hip-hop’s ability to say so much in a small space. If I have an idea, I want people to know about it. If it hits, it hits. I’m not sure there are many other artistic structures that allow for that experience.”

Additionally, it was at home that her burning passion for the sounds in her speakers was dialed up to eleven. The influence was there, and so too was the taste.

“My mom had all the Kanye albums. She had a poster of him and his mother over our table. That’s just the kind of person she was — just this dope influence that was into music and art shows and all that. She surrounded me with these things, it taught me the ability to be unconditionally self-expressive.”

There’s many a time during our interview that Evans references Kanye West — perhaps the boldest, most innovative voice in modern hip-hop. As we begin our conversation, I can’t help but notice an intricate painting of rap music’s mad genius to her left. His philosophy, his ability to remain true and honest and finally his confidence have rubbed off on her, and she makes it clear in the way she speaks on the genre.

“Everybody wants to rap — everybody. There’s this Kanye interview where he responds to that statement, “write a rap then. If you’re so dope, write a rap.” Lots of people don’t realize how rap is so much more than a performance of a sound. I see it as a performance of confidence and expression with that confidence.” 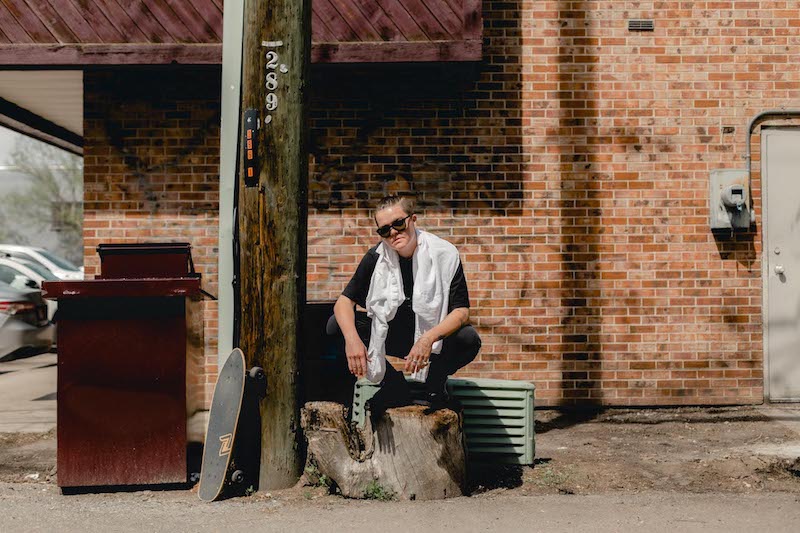 Confidence, individuality, uniqueness — these are all things Evans doesn’t just emulate, she lives by them thoroughly. Among many qualities necessary in a true artist, Evans is especially observant. It is through these observations that she sees where rap music may have misstepped.

“The absence of independent thought is really dangerous in rap right now. There’s just a lot of blending. Artists are gradually becoming more replaceable. We’re seeing fewer MCs that walk to the tune of, ‘this is what I am, this is how I come off — that’s that.’”

Likewise, if one is conscientious of artistic pitfalls, they hold themselves to a golden standard. The measuring stick, in essence, is sky-high.

“This is my gauge — I realized this after doing some open mic shit one time. I stepped off stage after delivering some of my writing, and told myself, “you better never, ever write some shit that you couldn’t deliver acapella, with confidence, to a crowd of people that don’t know who the fuck you are.”

So, what is there to say about Denver’s rap community? Perhaps no topic was discussed during our conversation as much as exactly this. In Cat’s eyes, there are immense improvements that need to be made before the Mile High City takes its next steps. 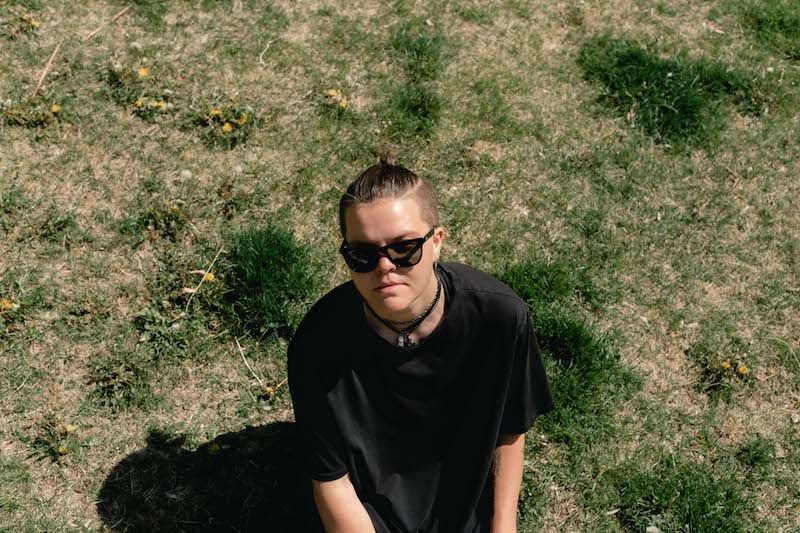 “It’s funny — I feel like there’s an element of politics that does exist, which is a bummer because Denver is not on the map. There’s a subtle form of specific spaces that operate, so the cross engagement becomes minimal. Some artists reach a certain level of clout — as if “Denver clout” is even a thing in this genre, and they fall into their exclusivity bag. Competition has to be replaced with collaboration — especially when there’s nothing to compete with currently.”

Operating in cliques presents a glaring disadvantage. Until a city’s hip-hop scene is developed, division must be avoided. This is a fact. What makes Denver’s situation especially challenging is its infancy and obvious vulnerability. Evans is blunt and honest when talking about this problem. “What’s even more difficult about that is Denver is already whitewashed as fuck. You gotta fight for hip-hop to even be a little bit of a sport. I don’t see as much rap-to-rap collaboration as is necessary for a scene to grow.”

Sure, collaboration exists, but not on a genre-specific level — a mode of presentation that has proven, throughout rap’s storied history, to be vital in its progression. “Sure, I’ve played Bluebird and Cervantes,” says Evans, “but it was linked up with an electronic producer — a much larger genre in Denver.” 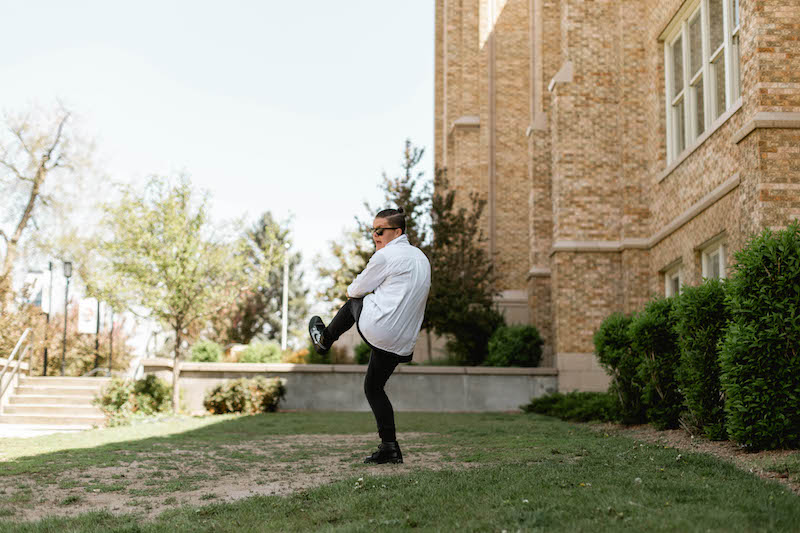 A simple question — how can this be fixed? What route can Denver hip-hop take to get on the right track?

“All in all, rap needs more visibility, and more respect from the entire community — not just these smaller communities within the city where it’s prevalent. It has to be initiated on our end as well. I was just talking to CraigThe2nd about literally just hitting the streets and performing. Denver is flat as fuck right now. We gotta start popping up — visibility is key.”

CraigThe2nd is a frequent collaborator of Evans and a shining example of triumph in working together within a community. Their newest single, “Charged Up,” released this past week, sees both MCs work off each other’s energy, creating a wonderful, head-nodding output in the process.

“Craig was down in the city and I showed him the record, asking him if he wanted to write on it. It kinda just happened — boom, boom, boom, he writes on it, and it becomes a collab just like that. I love that. He formed his own interpretation. What I’m trying to say is that it doesn’t always have to be calculated. That’s the beauty of this art form. It’s a mental reaction.”

Circling back to the topic of Denver’s rap scene at large, we find that its faults are quite literally what makes it a unique place for hip-hop. As confusing as that may sound, it makes sense when explained by a true orator. 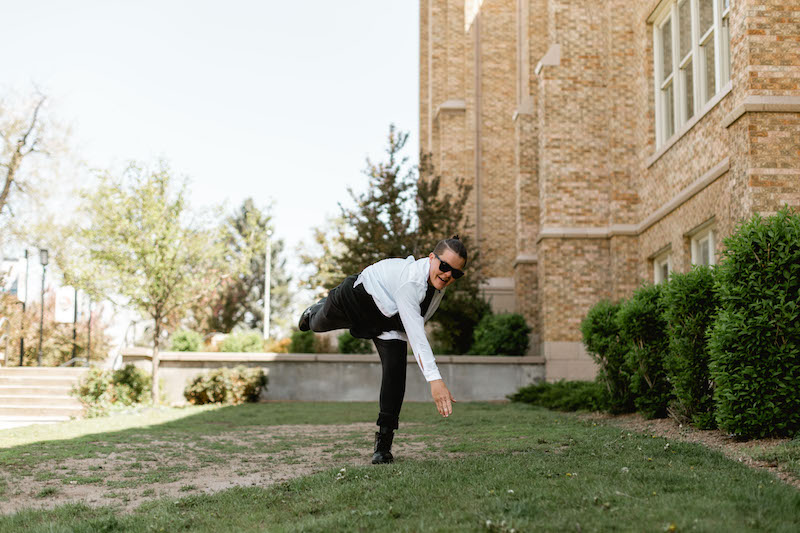 “The things we need to improve legit fall hand-in-hand with what sets Denver’s rap scene apart — it’s lack of a core. The de-emphasis on community, while tough, has formed a re-emphasis on the individual. For that reason, you see people out here who are really, really on their shit. I know so many local MCs that just don’t have shine. All over the city, you see these artists quietly curating incredibly powerful identities — identities that don’t fit the archetype. It’s really beautiful. The isolation is creating development.”

Like every true MC, Evans has her favorite bars and beats. When I ask her what production she’s currently high on, she sights someone she’s worked with — Rich Mello — a German producer whose instrumental, “Freefall,” has resonated with her heavily as of recent. When I ask that same question about a verse she holds near and dear, she gives me a one-off of “Can’t Tell Me Nothing” from her Gifts of Grey project:

“eyes wide shut let me rock the simulation, hands raised up, a stationary population, mind made up and every thought I didn’t make it, it just sticks inside the walls of my projector instigating – agitating, aggravating, chaotic forces mad elating, as pictures load, and sounds is never what they saying – relaying Morse, voice is horse, imma yell til I ain’t blue, take any L that’s coming through, decoding systems, nothing new, born breaking out the noose, you can feel the way I move, I give a fuck bout who is who, full circle, lasso, pull toward last hopes, I mastered the craft of self loath, let’s go.”

Cat Evans is certain about a lot of things. Her natural confidence exudes itself through her words. She’s had her whole life to think about what’s important — what’s true and living — so there’s no hesitation when I ask her what the future holds. 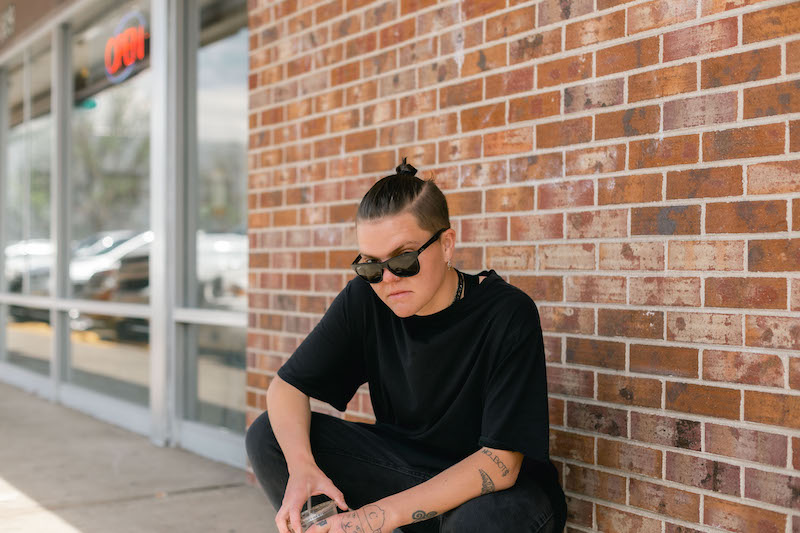 “I’m gonna keep doing what I’m doing. I have no choice  — it’s like an invisible foot from the universe on my neck, urging me to keep creating, collaborating and learning. In that same vein, I am fully intending to get this collective put together — do I have a name for it? No, because it’s a collective, so we’re all going to decide.”

There’s a bar spoken by Kanye on his earliest studio album — the sprawling, often humorous, infinitely creative The College Dropout. It comes at the beginning of the project’s outro, the twelve-minute tour-de-force, “Last Call.” To start, Kanye exclaims:

“The all around the world Digital Underground Pac / The Rudolph the red-nosed reindeer of the Roc / I take my chain, my fifteen seconds of fame, and come back next year with the whole fucking game.”

Similar to Rudolph, Evans carries herself like a trailblazer —  she has dreams of spearheading the emergence of a music scene in the city she loves to no end. When that opportunity presents itself, there’s no doubt she’ll have it in a chokehold — take it from her.

“That’s the key question for all of us artists: how do we get outside of this bubble? So I’m punching every ceiling. Eventually, I’ll get out. Once my foot is in the door, which it will be, I’m gonna kick that bitch down, and it’s done — on everything.” 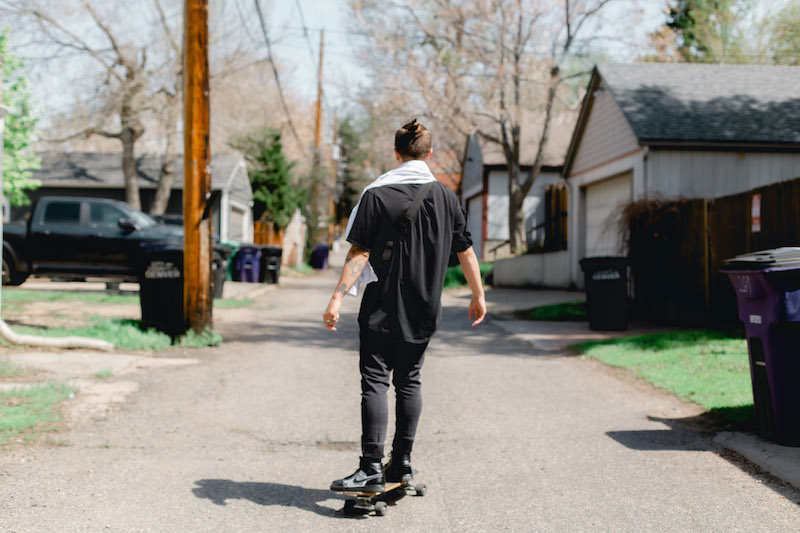 You can stream “Charged Up” and “Hovercraft” on Spotify