On the heels of its successful brand expansion last fall, RiNo’s shop-of-all-trades, Matriarch Mercantile, opened by Base Coat Nail Salon owner Tran Wills, has partnered with local organization, Babe Walls, to transition its Five Points location into a new art gallery and retail space. Open to the public last month and part of the RiNo Mural Program, the Matriarch Mercantile x Babe Walls Gallery showcases works from womxn and non-binary folx curated by the two brands. The gallery is the first of its kind in the RiNo Arts District to focus on works from womxn and non-binary folx. 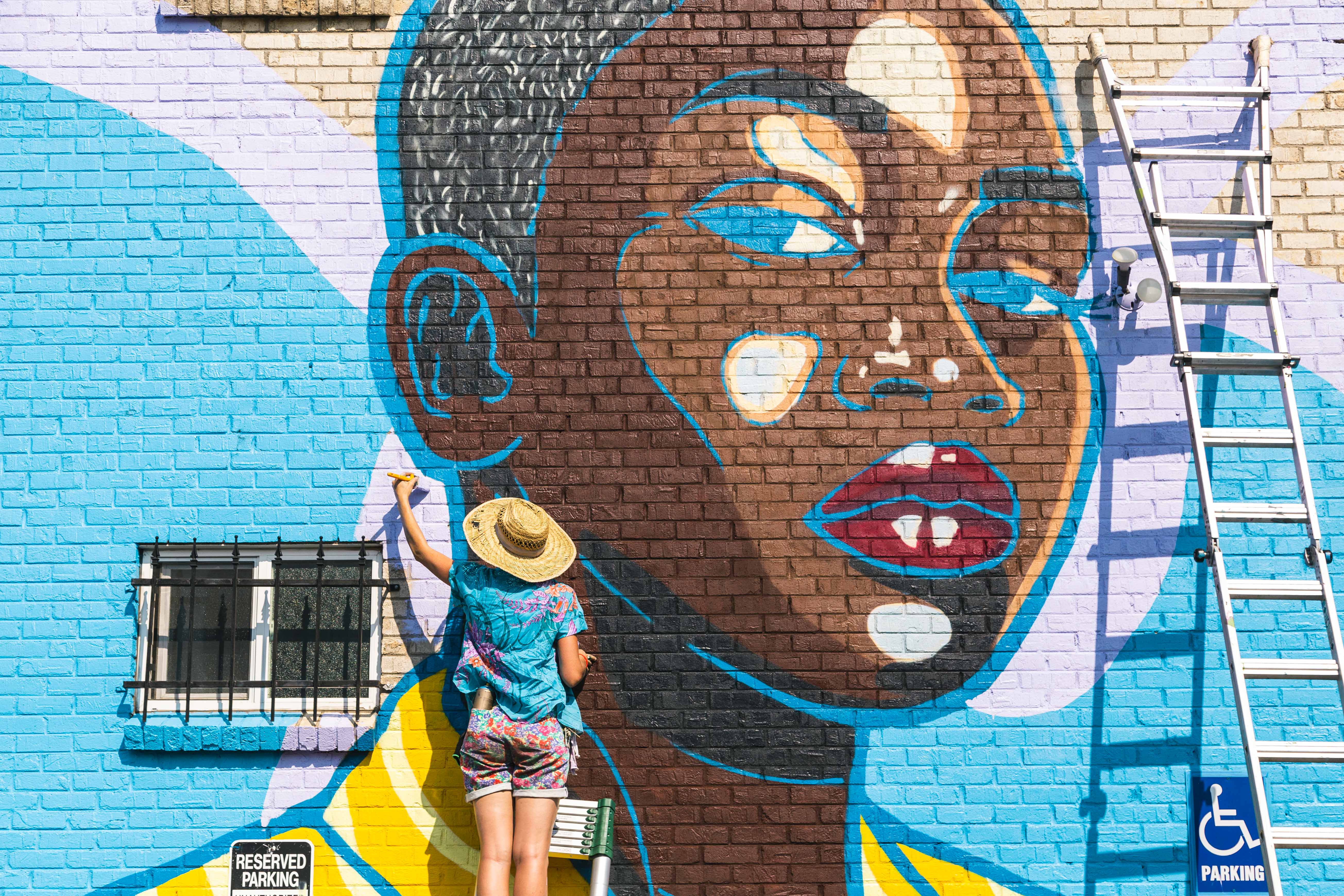 “A lot of the women in Denver didn’t feel like there was a space for them in the art scene and a lot of them didn’t know who each other were. There was a lack of camaraderie,” explained Pangburn. She had an idea to, very informally, “get a bunch of girls together to paint,” and this casual idea has turned into a movement, according to Pangburn.

To continue to open up space for this group, Babe Walls is hosting its second mural festival in Arvada, to celebrate womxn and non-binary folks in art. In partnership with the city of Arvada, the festival will run for four days beginning July 15 through July 18, along Arvada’s Ralston Trail. “The location along the Ralston Trail is a new venture and we’re excited to be adding to the creativity of the city to encourage the use of this public trail,” said Pangburn. Ralston Trail links several public city parks and open areas and winds through natural ecosystems, preserved wildlife habitats and bird sanctuaries.

Before the mural festival in July, Babe Walls will host a series of events and fundraisers, including the space at Matriarch Mercantile and others throughout the city. 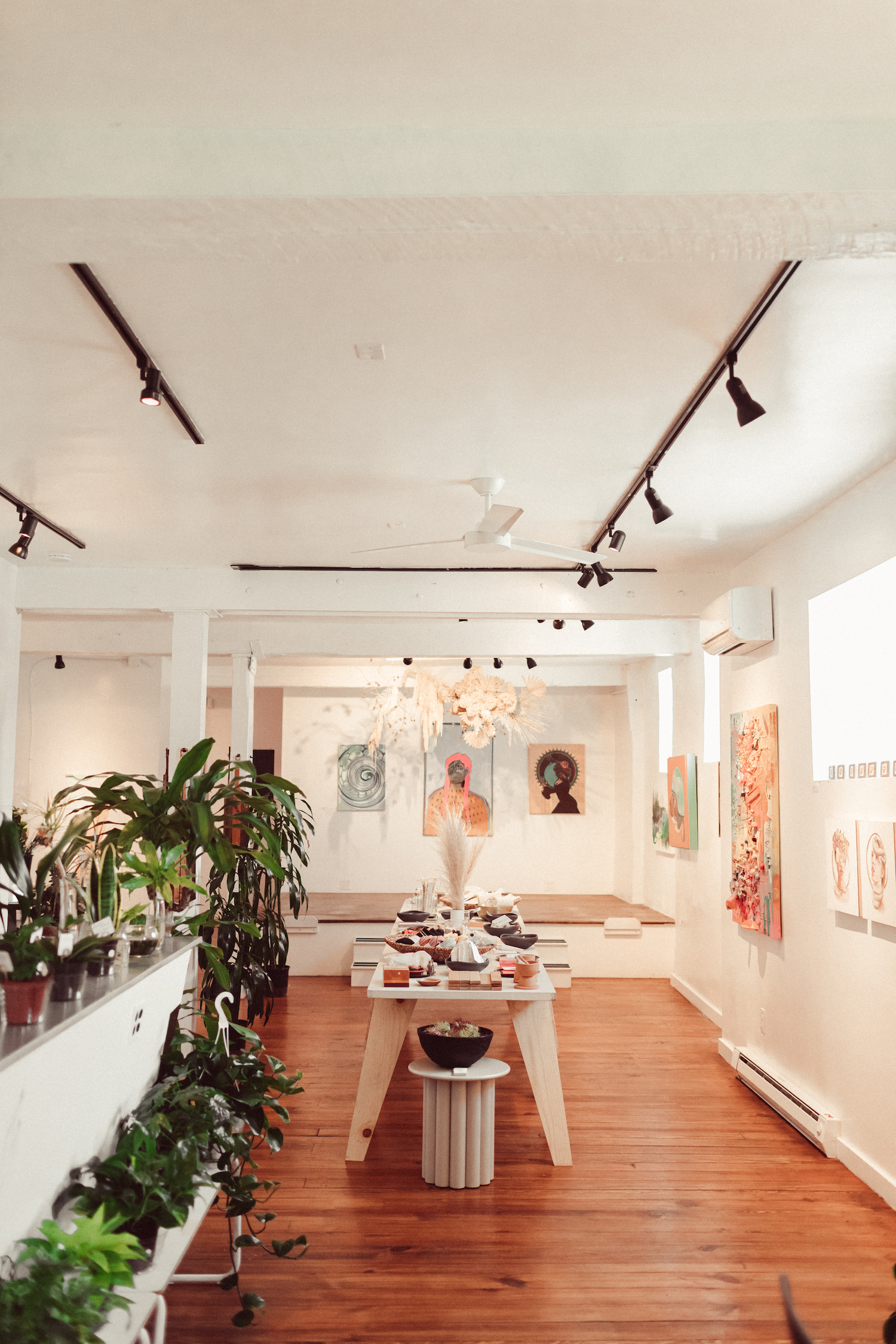 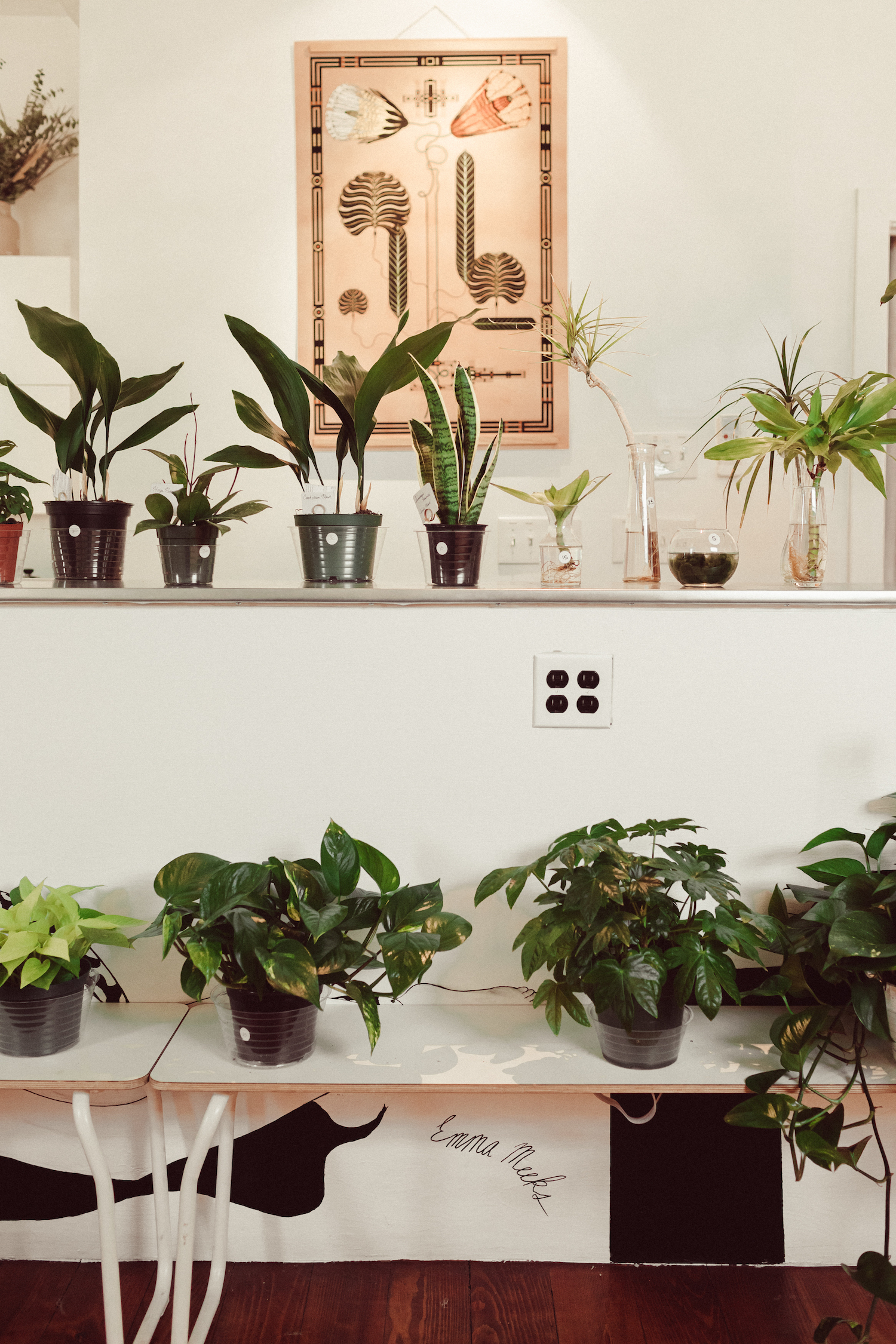 The Plant Orphanage at Matriarch Mercantile. Photo by Chandler Kim.

The collaboration with Babe Walls comes after Wills launched the shop-in-shop Matriarch Mercantile inside Basecoat in November 2020 as a place to feature more Colorado-based, BIPOC brands. After a busy six months, Wills saw an opportunity to expand.

“Over the last year, the one thing I’ve learned about being a business owner is that you have to be able to pivot. Five Points is changing and I want to preserve a space for my community and this partnership with Babe Walls is a great way to do that,” said Wills.

In addition to the new gallery space, Matriarch’s expanded offering includes a hand-tied flower bar by Bloom + Noosh. Bloom + Noosh is a Black-owned floral arrangement business started by Millie Boateng in the early months of quarantine in 2020. The space is also equipped to hold artist-led workshops, panels and private events in the near future. “We look forward to sharing our space with the community for workshops and other learning opportunities either in person or as a place for practitioners to host virtual events,” said Wills. 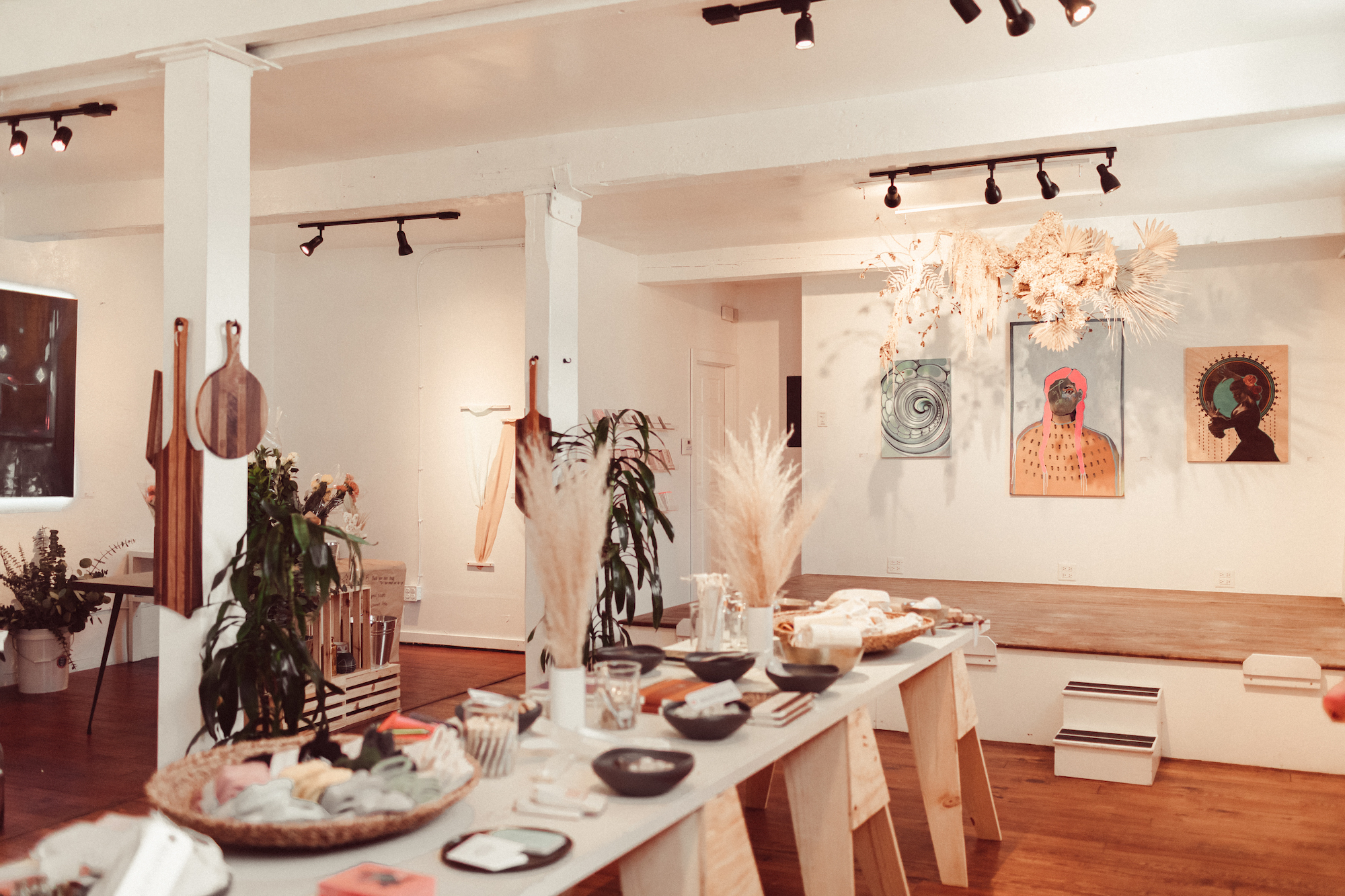 The selection at Matriarch Mercantile. Photo by Chandler Kim.

As shoppers have come to expect, Matriarch Mercantile will continue to be treasure trove of local jewelry and apparel, stocking goods from Sisters Body, Animal Handmade and other women-, BIPOC- and LGBTQIA-owned brands. Recently, Wills and Matriarch Mercantile have welcomed The Plant Orphanage, a sustainable plant shop that “rescues” houseplants (rather than their owner just tossing them), rejuvenates them, then puts them back on the shelf. Additionally, there will be an appointment-only pop-up shop with jewelry welder, Link by Lou. Link by Lou offers solid 14-k yellow and white gold chains that are permanently soldered onto the wearer’s wrist.

Wills continues to partner with other local, small-business owners, independent artists and even congresspeople, to improve the city and Denverites’ way of life. As part of Governor Polis’ “Vaccines for All Plan,” Base Coat was selected as an official vaccination site and will host a pop-up clinic for those that work in the personal service and retail industries, essential and domestic workers and the QTBIPOC Community (Queer, Trans, Black, Indigenous, and People of Color).

It’s important to be flexible as a business owner, not only to stay operational, but also to benefit one’s community. Wills has been able to consistently reinvent her space and her footprint on this city, to highlight and benefit those who need it most.

Matriarch Mercantile is located at 2700 Walnut St, will be open Tuesday through Saturday from 11 a.m. to 6 p.m. Masks are mandatory and occupancy is limited to 10 people at one time to maintain social distancing.