Lately, Trevor Hall’s home filled with calming and meditative music from the far side of the globe – sourcing soothing sounds from places like India and Nepal. More than a year after the world of live music came to a screeching halt, the touring musician has adjusted to the slower pace of life at home. But that’s not to say that Hall isn’t looking forward to returning to live music. In fact, Trevor Hall is scheduled to play not one, but two back-to-back nights at Red Rocks later this week.

Preparing to take the stage nearly two years after his last tour ended, life looks different for Hall. As it was for many of us, 2020 was an unusual year for the artist who typically spends much of his life away from home. “Being someone who lives their life on the road, as a touring musician – until this time of the pandemic, I can’t remember a time when I’ve been home for more than a month or two,” Hall said in an interview with 303 Magazine. 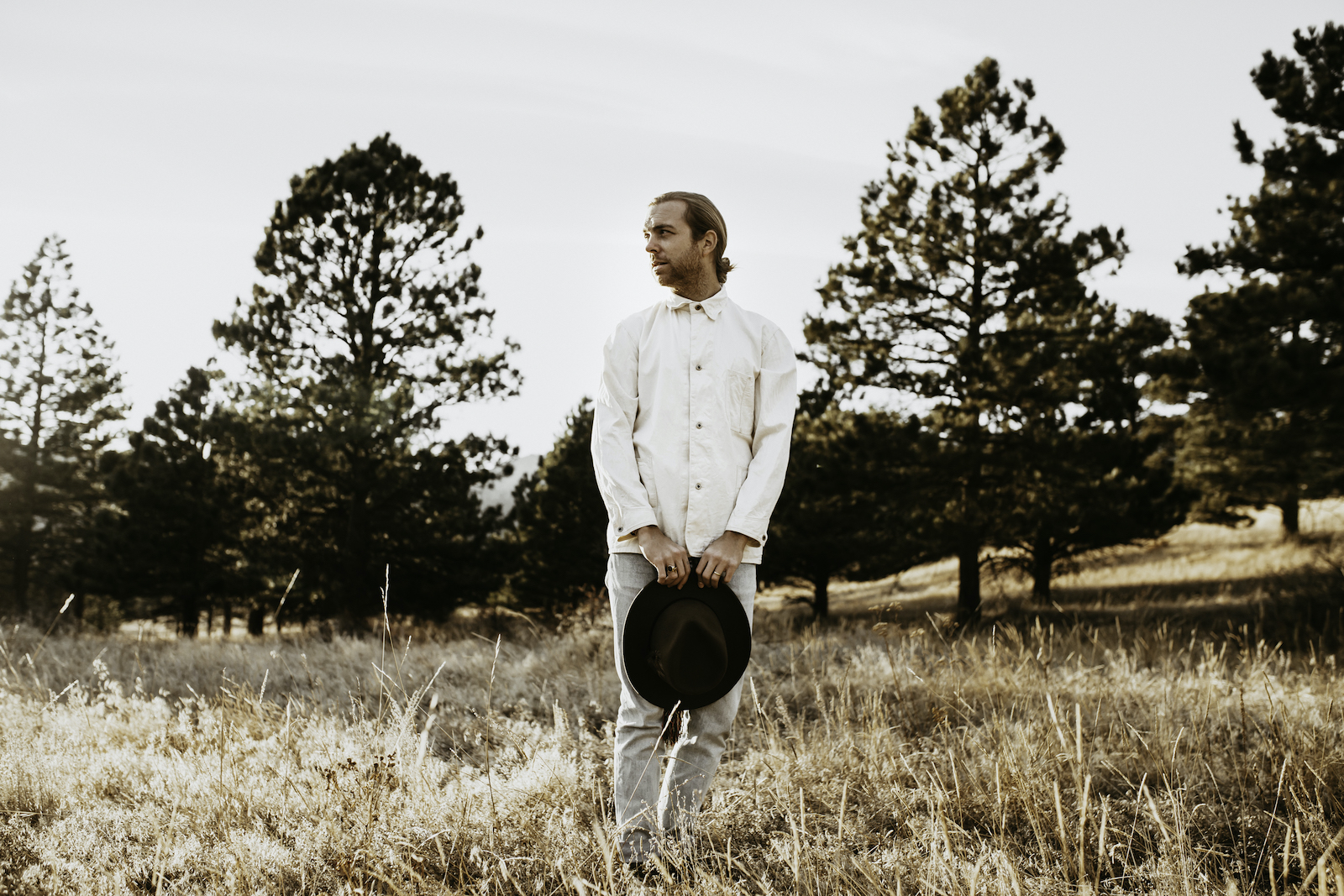 The time at home was nothing he had planned for, but it proved to be incredibly valuable for both Hall and his wife, Emory. While the news was kept relatively quiet throughout the pandemic, Hall and his wife spent much of their time preparing to welcome their first child into the world – something they did earlier this Spring. For Hall, the time at home was a blessing because it allowed him to be with his wife for every step of the pregnancy without fear of being called away on tour. While the couple intended to keep their excitement private, the ongoing pandemic led to a more intimate pregnancy than they expected.

Due to the risk of COVID-19, Hall and his wife were unable to spend time with their friends and family in person. “I feel like usually when somebody’s pregnant, you have people visiting or your family is involved and you’re showing off your belly and this and that  – we didn’t have any of that. It was very much just us, which definitely had its highs and lows,” Hall said. 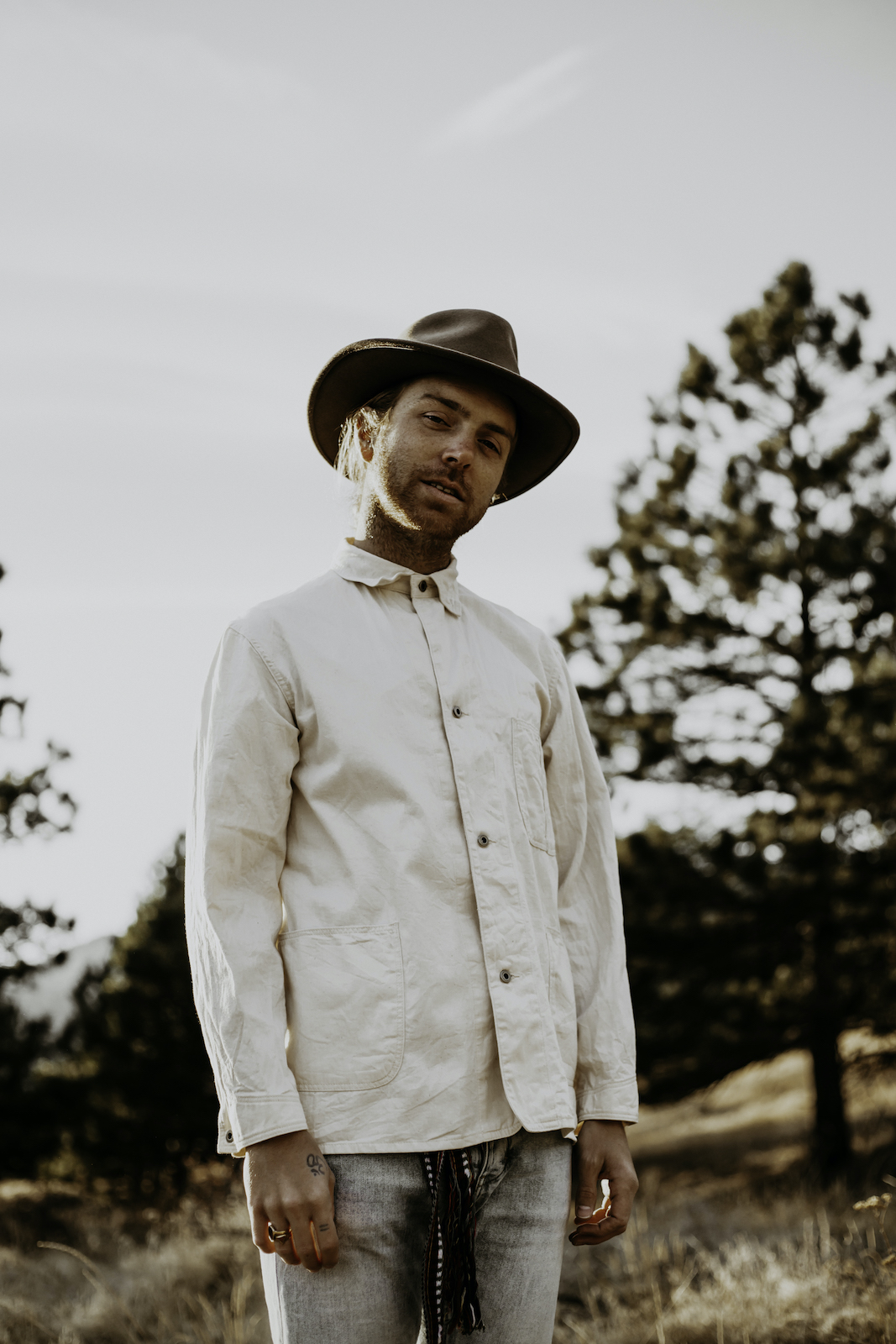 Like many other instances in his life, Hall views all the highs and lows as a journey of learning. Whether writing songs to play for his unborn son or sacrificing sleep to care for his newborn child, the singer-songwriter takes it all in stride and seems to always find a lesson in every experience.  In becoming a parent, he’s learned to be kinder to himself.

“I think that it’s just so important not to compare. It’s so, so important not to compare to other people’s journeys. When [my son] came along it was a mixture of euphoria and fear and all sorts of things. It being so amazing but also really hard, you know, just to make the adjustment in your life. It’s been a whole heap of emotions and I think we’ve just learned so much about being patient with ourselves and not punishing ourselves for any emotions that we may be having,” Hall said.

Following the birth of his son, Hall planned to spend this year at home with his family, but life had other plans. Along with the arrival of his firstborn came the news that Red Rocks would be opening for limited capacity shows – and Hall was offered one of the first openings. “It was like boom. Not only do we have a couple of shows for you, but we have a couple of shows for you at Red Rocks — like the biggest venue,” Hall said. “So I was like oh my god, but after getting over that initial hump of resistance I was like wow, this is such an incredible opportunity to have our first show back be at Red Rocks.”

Navigating a whirlwind of emotions as he prepares to reunite with his band for the first time since their last tour ended two years ago, Hall is ultimately excited to finally be able to share his music with fans. “Because touring, and being a musician, sharing music with people it’s not just our job, it’s our love,” said Hall. “It’s our passion. It’s a huge part of our identity so after some time [away from performing], it’s kind of like ‘Woah, what am I doing?’”

Despite an extended hiatus from touring, Hall’s life has not been devoid of music. Along with writing a few songs to play for his son once he arrived, Hall released a full-length album that was recorded before the pandemic. Singing alongside his wife for a few songs, the album IN AND THROUGH THE BODY is a meditative reflection on Hall’s emotions, making it one of the more intimate albums in his discography.

Diving into his own humanity in the process of writing and recording the album, Hall connected with his emotions in a way that he hadn’t before. “Most of the time I tend to write about kind of abstract things and dreamlike things and tend to push away my human emotions because for some reason I felt like ‘Oh, those were lesser emotions and not as important as these lofty ideas,'” he explained. “But then I found that that wasn’t true in a way and kind of turning inward and going inside through meditation, through whatever, playing music and really exploring my own humanness and my own human emotions was just as rewarding.”

Developing a deeper connection to himself through his art is part of what Hall’s fans, often referred to as Villagers have come to love him for. Baring all of his soul, Hall holds nothing back during his creative process. “Music is a shelter for myself,” Hall elaborated. “If I let all of those other voices in during that time of creation or playing then music would be just like anything else in my life. So, for me, music is a place to kind of go and sit and remind myself of who I really am – shut all those other voices out and then I can come back stronger or with more clarity in my life to what is going on.”

With the release of IN AND THROUGH THE BODY, it’s clear that Hall’s most authentic self shines in the finished product of his process. Grounding himself and sitting honestly with his emotions through music, Hall offers quite a lot for Villagers to connect with. It should be no surprise that Red Rocks would be eager to invite him back for one of the first available dates.

Trevor Hall will perform at Red Rocks on April 29 and April 30. Tickets are available here. Additionally, the show will be live-streamed. Fans unable to attend the show can watch the stream here.

All photography provided by Trevor Hall.