All Photography by Emory Hall

In many ways, life is about the journey rather than the destination. For some, that journey is primarily focused on creative and spiritual growth – at least, that seems to be the case for singer-songwriter Trevor Hall. Raised in a small community in South Carolina, Hall has become something of a world traveler, embarked on his own journey of self-discovery, developed a warm and welcoming base of fans throughout his more than 15-year music career and finally, has settled himself here in Colorado where he continues to nurture his creative passions.

Surrounded by a mentality that prioritized sports and traditional four-year college education at a school close to home, Hall always yearned for something more. “I never really expected to kind of be on this journey — this inner journey,” said Hall in an interview with 303 Magazine. “But, you know, growing up I was always hungry as a kid.” 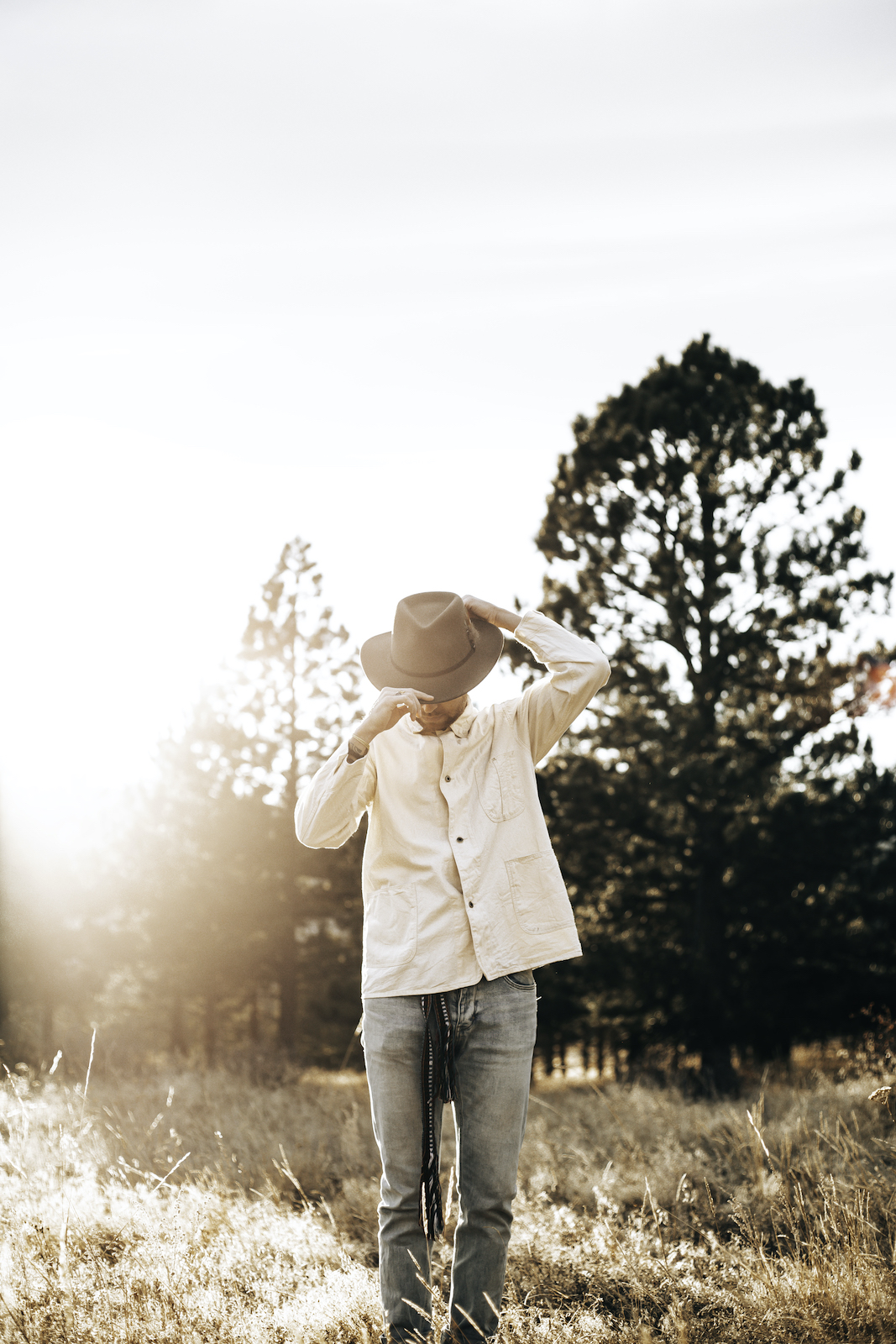 Despite the lack of emphasis placed on creativity and the arts in his hometown, Hall still saw them as a perfect outlet for himself. “I thought, you know man, this can’t be it, you know?” said Hall, reflecting on his formative years. ” This can’t just be everything. I always had this deep, deep hunger, but I just didn’t know – at that time it wasn’t pointed in any specific direction. It was just always searching, searching, searching – and music and art really were my tools to explore, to go beyond the boundaries of just the mundane.”

Hall left his hometown in the South as a teenager, finding himself in a different environment that fostered his passions. He studied at an arts-focused boarding school in California for high school. It was there that he met his roommate Sam, whose slight influence would lead Hall down a path of creative and spiritual discovery.

“[Sam’s] father and brothers were with a saint in India. Like a mystic yogi in India, in like the ’70s,” said Hall. “He had a picture of the yogi on his wall and I just kind of was very, very attracted to the picture and then I learned more about him and I kind of fell in love with this being and was kind of getting answers to these questions that I think I’d had for so long, you know?” From there, Hall began to obsessively educate himself on the culture and philosophies that surrounded the yogi, which now inform many of his perspectives of the world.

Hall’s perspective and spiritual practices are somewhat uncommon here in the westernized world. Perhaps that’s why Hall found himself in Boulder just a few years ago with his wife, where he continues to pursue his spiritual and creative passions.

While that inner spiritual journey can sometimes cause individuals to take their practices or even themselves too seriously, that journey has had the exact opposite effect on Hall. “Well, all that stuff online is all a hoax. I just want to present myself as a very spiritually enlightened person,” said Hall, laughing as he responded to questions about his practice. “No, no – sorry, I’m just being a smartass, what’s the question really?”

All jokes aside, Hall’s presence has helped him to gain an incredibly warm fanbase. The perspective fostered by his enthusiasm shines through in his music. The sense of interconnectivity and oneness crystalizes in his lyrics, creating music that is ultimately positive and uplifting. Not all of his songs are outright positive though. Some songs, like those on his most recent album, The Fruitful Darkness, detail struggle. 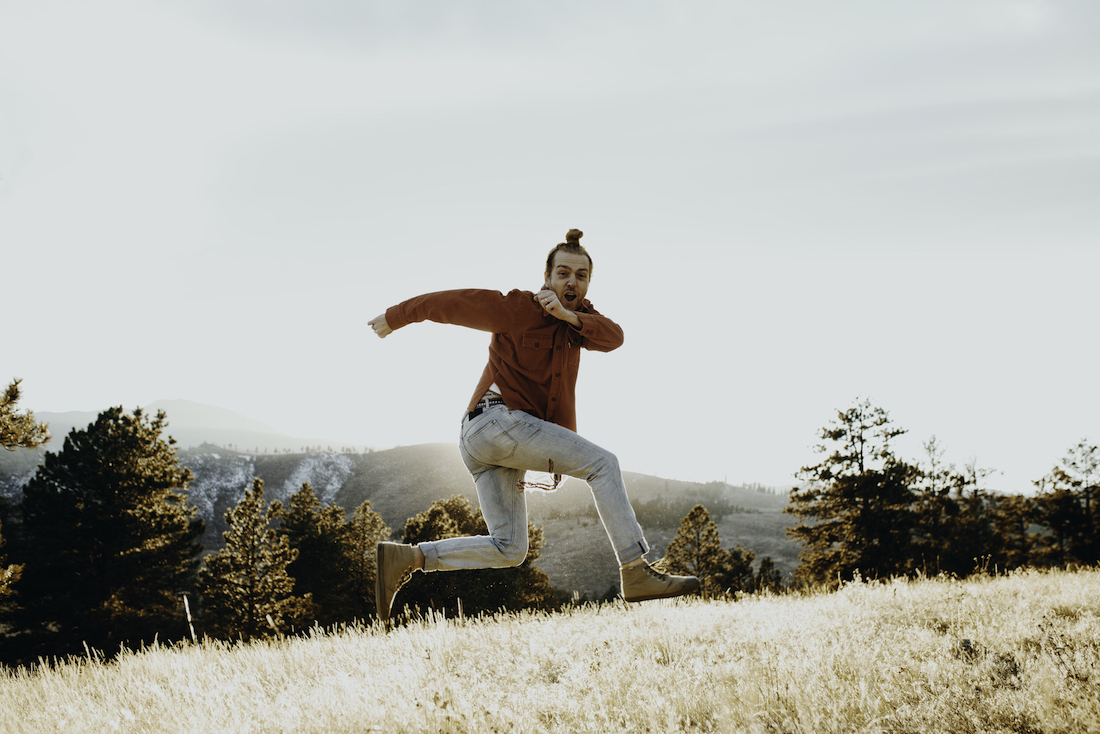 When looking at his full discography, Hall’s music clearly illuminates the core commonalities of the human condition. The struggle, the beauty, the desperation and the hope of the journey is detailed through his music and strikes a resonating chord with his fans. All of this is precisely what has helped to develop a truly welcoming and supportive community of fans, known as Villagers.

“I consider myself really, really lucky just to have the fans that I have,” said Hall, reflecting on his music career. For more than 15 years, Hall has carefully curated his music without seeing the “overnight success” that some of his fellow musicians have seen. “[My music career] was just a very, very long – still is, kind of a slow and steady journey. I’m really thankful for that because through that time, that duration of time, I’ve really gotten to know a lot of my fans and they’ve grown with me.” 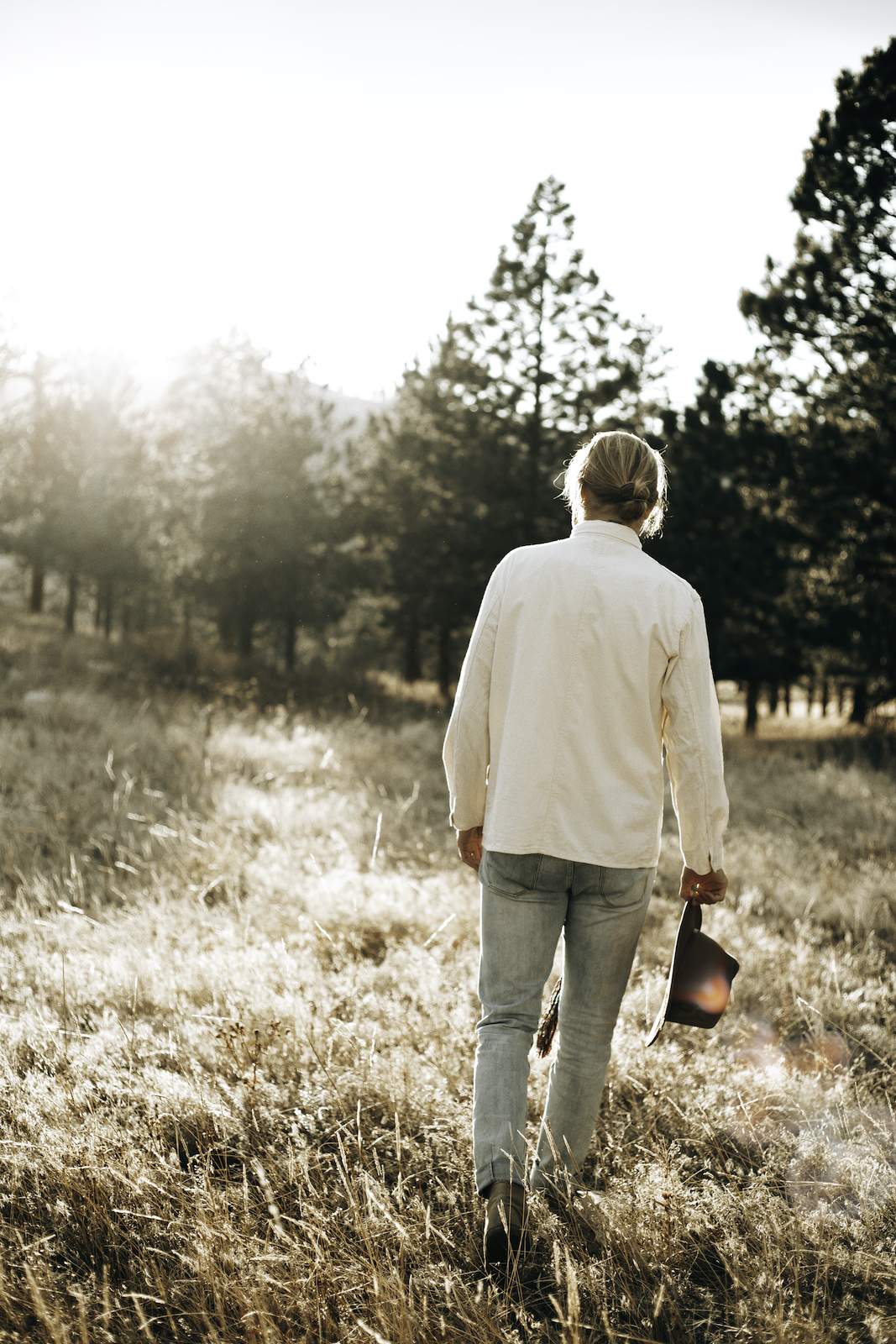 From performing in front of 10 people in a local cafe to signing with a label and then transitioning to acting as an independent artist, Hall’s fans have stayed supportive through all of the ups and downs of his journey. Hall’s gratitude for those fans is one of the motivating factors that drives him to continue to release music that is authentic to who he is. “I’ve always wanted my music to create that community for people, to create that feeling of oneness,” said Hall. “That — you know, we’re not all separated or alone or this and that. There’s just this togetherness that is so important in life. So, I’m pretty blessed.”

That sense of community and interconnectedness was part of Hall’s decision to release his most recent single, “Put Down What You Are Carrying.” Set to release ahead of his tour, which includes an appearance at Red Rocks,  the single almost stayed in the archives once the COVID-19 pandemic brought live music to a standstill. Originally, the song would act as a teaser for the tour on which Hall and his co-songwriter Brett Dennen were set to embark on.

However, in these uncertain times, Hall and Dennen decided to release the single, even with the knowledge that the original tour may never look the way they had intended. They released the single with the aim of giving something good to the fans in spite of the current state of the world — and fans were ecstatic.

The song seems to have come together at a time when the Villagers needed Hall’s grounding positivity the most. “I had an experience on one of my trips in India, kind of a personal experience, but through that experience, those words came to me, ‘put down what you are carrying,'” said Hall. “The song is really about letting go of the things that are just weighing us down really. It’s funny how we hold onto these experiences or things that don’t serve us.”

While that song is a stand-alone single, fans won’t have to wait long for more new music from Hall. With all of the makings of an album recorded, Hall is currently compiling his recent work into a new album that will likely be released sometime this Fall. 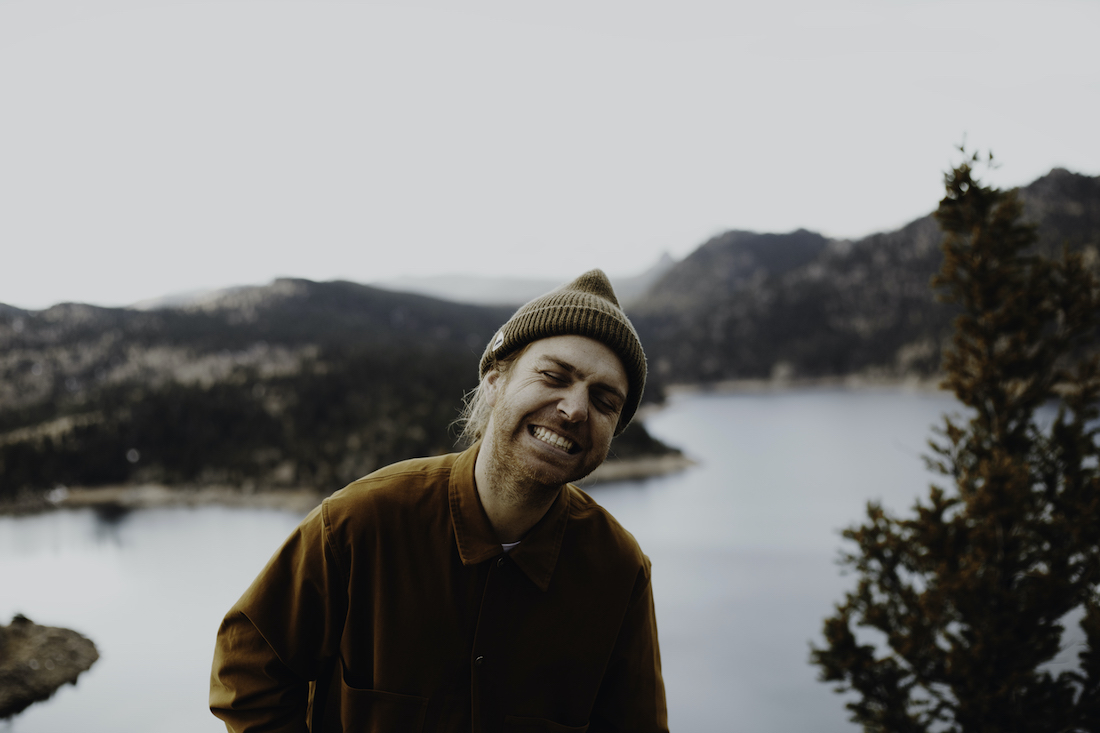 “Music is a thing, for me, it’s a thing where I’m out of my own way,” said Hall about his process. “It’s one of the only times in my life when I’m playing music or listening to music where I’m just witnessing. I’m not analyzing, I’m out of my bullshit story that I live in all the time.” Rather than going into his creative process with intention, he approaches each creative process with openness. Choosing to let his art guide him, rather than attempting to guide his art.

“Sometimes I feel like I’m singing a song but a lot of the time I feel like a song is singing me. It’s this beautiful kind of conversation that you almost don’t know who is who. You lose yourself. I never have – of course, I get inspired by different things. I have somewhat of an idea, but I don’t really try to get involved because I like the music to lead me and to present itself to me. Usually, what happens for me is I just try to stay in a creative, uplifting space. Just create to create, don’t be attached to how it’s going to come out, or this or that. You’re just in that beautiful act of creation. Then, what usually happens is, I start recording a bunch of songs or I have a bunch of songs written, and they start to kind of come together.”

With all of the songs recorded, Hall is letting the music take him on its own journey. “I’m kind of in the stage where we’ve recorded so many songs, the album is definitely there,” said Hall. “But I can’t really name it yet. I can’t name the shape, I can’t name the theme just yet. I have an idea around it, but I like to let it breathe. I like to let it lead me rather than lead it, I guess.”

However, that’s not to say that he doesn’t have an idea of what the album will be. If The Fruitful Darkness followed Hall through struggle and darkness that taught him lessons, then his next album will be considerably brighter. Hall describes the vibe of the album he’s working on as a joyful breath of fresh air. 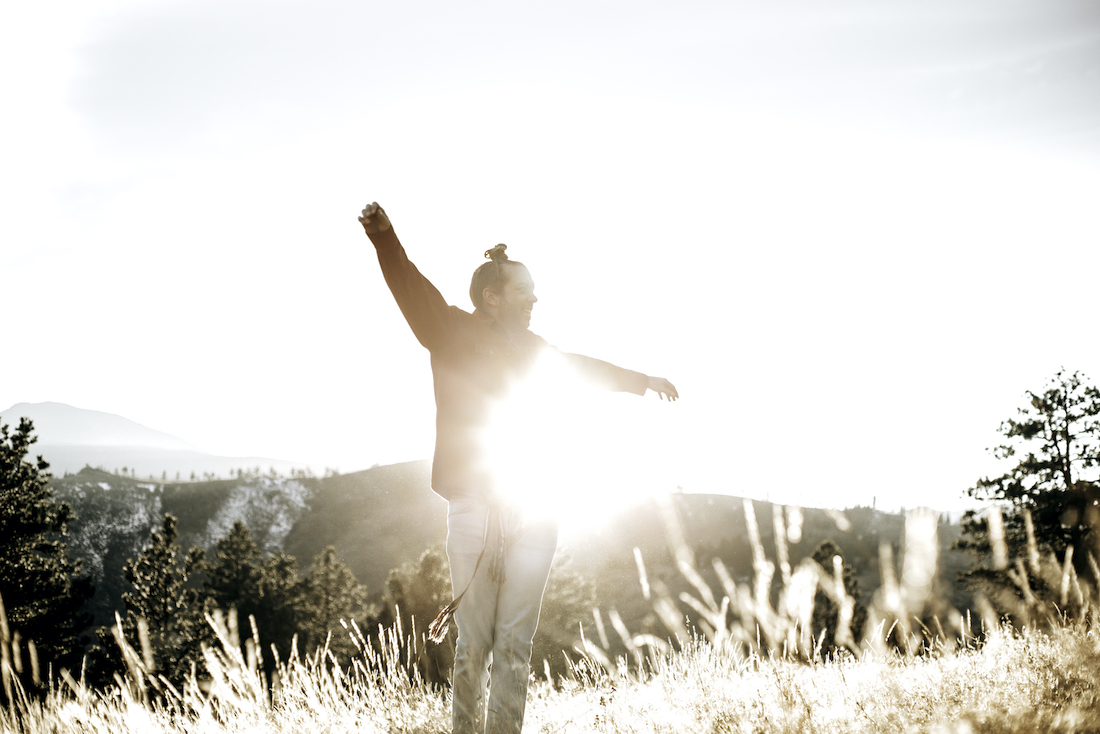 While he expects the album to still have a few points pointed toward the darkness, this album will be a celebration of the light at the end of the tunnel rather than focusing on the lessons to be learned. “On The Fruitful Darkness it was like I just went through this and this is what I learned,” said Hall. “Whereas this album, I think it’s going to have more of a celebratory, youthful energy to it.”

As for the songs that don’t make the cut? They’ll likely receive their finishing touches and be released when the time is right. In the end, the celebratory album that Hall feels is blooming is a bright light for Villagers who have already battled a tough year full of unease and uncertainty in the midst of a pandemic. If Hall’s music and community of fans can teach us anything, it’s that much like raising a child, getting through tough times can take a village.

Trevor Hall’s Red Rocks show has been rescheduled for October 11 in response to concerns over COVID-19. For information on other show dates and updates about the show at Red Rocks later this year, follow Trevor Hall on social media.

All photography by Emory Hall.