Snow. Lots of Coloradans can’t live without it, and many consider skiing and snowboarding to be an integral part of the state’s lifestyle and appeal. Colorado is often lucky to be graced with beautiful, powdery snowfalls that warrant a day off to ski the slopes.  But what happens when there isn’t enough to meet the demand? Enter Kate Schifani. She’s the snowmaking manager at Vail — and responsible for a lot of the snow that makes the resort such a legendary skiing destination.

Many skiers and snowboarders know that some of their snow is created, without really understanding the process.  The system uses an extensive system of pumps, pipes and low temperatures. Water and pressurized air are then forced through a snow canon to create skiable powder. “If we’re good at what we do people won’t notice snowmaking, but there is a huge infrastructure commitment,” said Schifani.

Though it may seem seasonal, snowmaking is a year round job. “Our production season runs October to sometime in January. We spend the rest of the winter doing maintenance on our equipment that we can get to easily on skis, and the summer working on the infrastructure.” They have a smaller team that works during the summer to get all of the upkeep on water and air pipe, pumps and compressors done.

“Sometime in September, we start prepping the system to make snow, and then I turn into a semi-professional meteorologist, waiting for the right conditions to fire up and kick off the snow season,” she said.

Skiing has been important to Schifani for her whole life, as has the state of Colorado. Growing up in Albuquerque, New Mexico, her family would drive to Durango and ski Purgatory almost every winter. “My dad is the best, most graceful skier I have ever seen, and it was one of the first activities we could do as a whole family,” she said. Schifani’s older brother has cerebral palsy, and her family chose Purgatory partly for their adaptive ski program. “My job was to ski (or snowboard) ahead of him so he had a target to follow in his bi-ski,” she said.

After college at the Air Force Academy in Colorado Springs, Schifani knew she wanted to eventually return to Colorado. “I love the state’s vibe, obviously the mountains, and outdoor recreation,” she said. “Being able to live in a place where so many people come to get away means everything.”

In addition to working in Vail, Schifani commands the 419 Aircraft Maintenance Squadron at Hill Air Force Base in Utah.

“My career trajectory is definitely one of a kind,” she said. “I think I’d steal a line from the great journalist Mary Carillo, who, in a podcast with Julie Foudy said she got to where she is by being ‘the idiot who said yes.’ I’ve said yes to just about every opportunity I’ve been given and am grateful for the people who helped develop me and trusted me to do well with them.”

After leaving active duty in the Air Force, Schifani and a friend got entry level ski jobs in Avon. Her friend “left to go to Harvard Business School, and I married a Ski Patroller and went all in on a life in the ski industry where I get paid to ski 100 days a season,” she said. “Sometimes that means skiing terrifying snowmaking piles in sketchy early season conditions. Sometimes that means getting the first fun in on a 10” powder day. It’s just the best.”

She loves similar things about aircraft maintenance and snowmaking. “In both, there is a tangible outcome we’re working towards (nice, skiable snow or an airplane that takes off), there is a finite amount of resources and time, and a whole bunch of passionate people trying to work together to get to the outcome. My role as a leader in both is to make the people on the ground as successful as they can be, to fight for more or different resources, and to try new processes or ways of doing things to discover ways to get better. In one context, an airplane takes off and is loud and cool and fast. In the other, I get to ski. It doesn’t get much better.”

Schifani has spent her whole life working in male-dominated workspaces across several industries.  She now says that she’s fortunate to have a strong group of women working with her at Vail. “There were six of us total on the crew of 40 this season, which at 15% is the most it’s been in a while,” she said. “The six we have are super strong, resilient, and tough women who are excellent at what they do.” 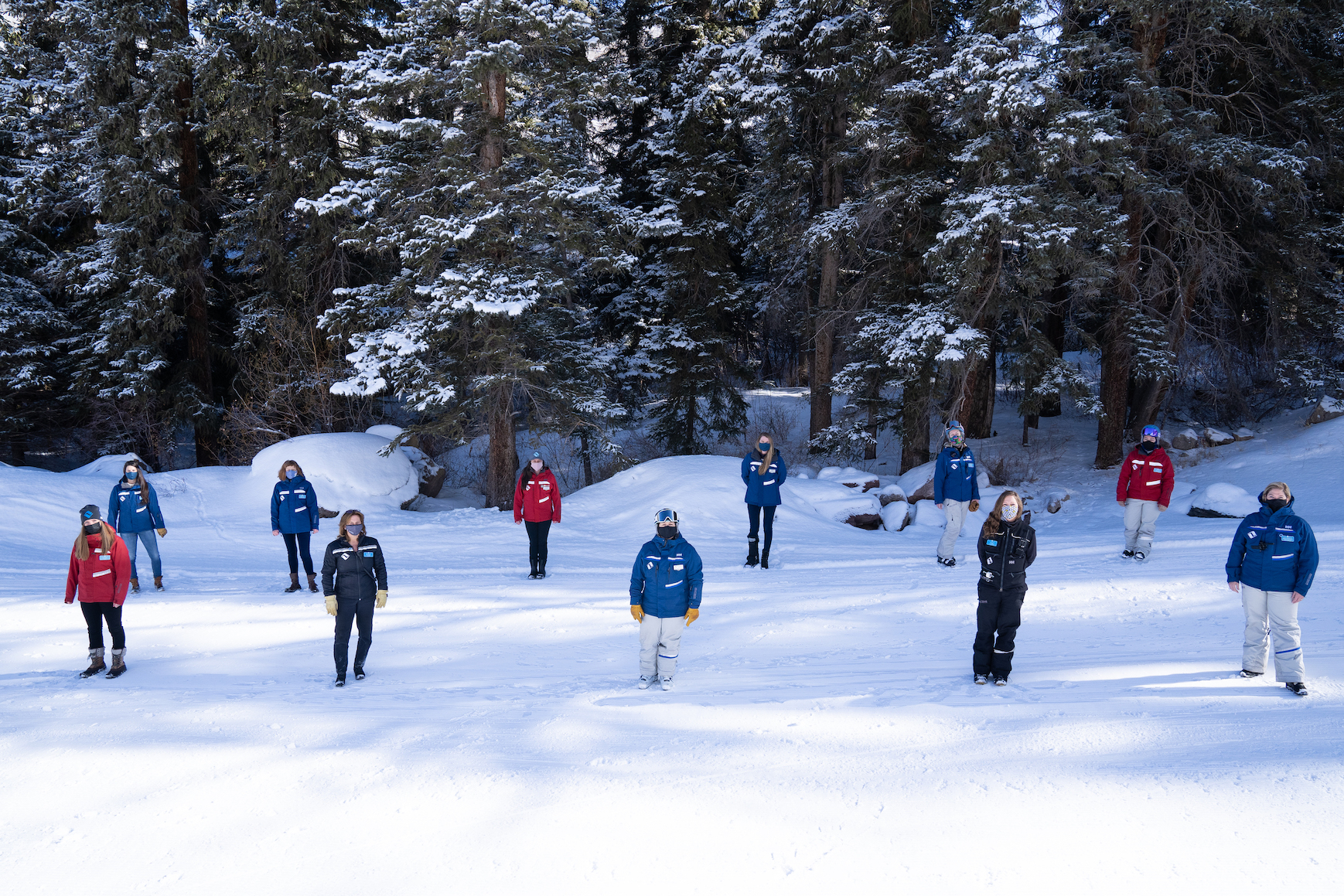 In one of her Air Force jobs, Schifani was “one of six women in a unit of 300 (2%).” They’d have to walk out of the maintenance hangar to use the bathroom while the men’s room was easily accessible from the workspace.  This was just a daily reminder that she was among the minority. “If you are good at what you do, and work hard, no one will care about which hangar you have to use to get to the bathroom,” she said. “That’s a tricky thing, though. People will of course still notice, it’s unavoidable, but at some point it will stop being a novelty.”

Schifani praises the resort for having a strong team of women while acknowledging the need for more widespread inclusion. “I think Vail does a good job supporting women in operations, but I think we all agree that there is still more work to be done in recruiting women into roles that are traditionally male.”

The ski season may be coming to a close, but Schifani’s work isn’t.  As the temperature heats up, she and her team are getting ready for their next phase of infrastructure and maintenance.

All photos courtesy of Vail Resorts.