Since opening their first location in 1971, Tattered Cover Bookstore has become a Colorado staple. They’re the largest independent bookstore in the state and — as of December 2020 — the largest black-owned bookstore in the Country. New CEO Kwame Spearman and his business partners purchased the company five months ago, and their current mission is to transition Tattered Cover into a “community institution.” The bookstore’s Local Art Consignment Program is a step towards that goal. By showcasing local art in their brick and mortar locations, Tattered Cover wants to demonstrate their support of the community. Kicking off the program is Michael Gadlin — a Denver native who’s studied and worked all over the world.  He eventually made his way back to Colorado, and his work will be on display and for sale at Tattered Cover’s Colfax location through the end of May.

Colorado to New York and Back 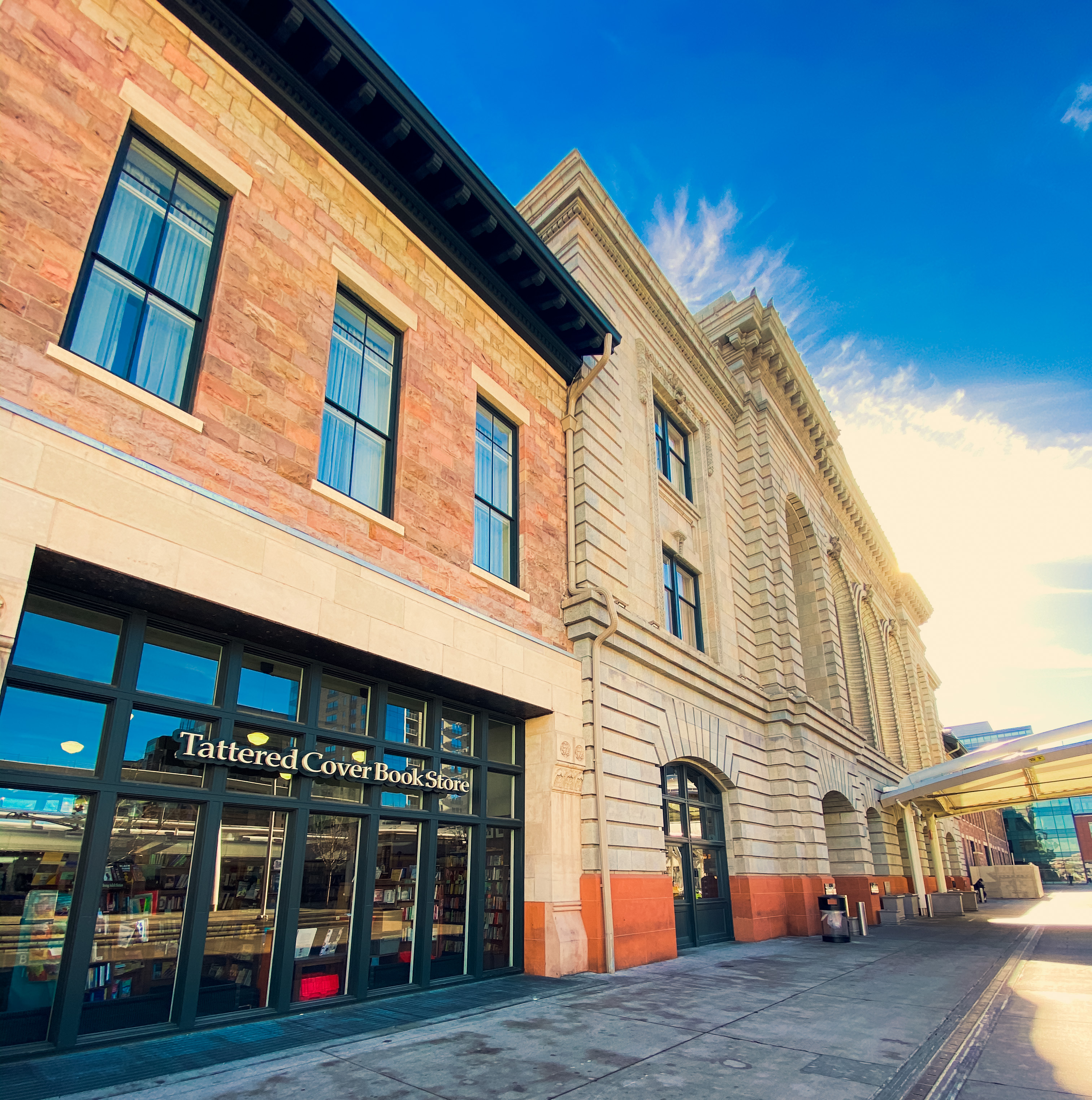 Though they were only recently connected through a mutual friend, Spearman and Gadlin’s paths have been remarkably intertwined. They’re both East High alumni, and the two of them even cited African American Studies teacher Tamara Rhone as a huge influence on them from an early age. “She changed my life,” said Gadlin.

They both left Colorado and headed to New York City for college at Pratt Institution and Columbia University, respectively. The 2008 senate race brought Spearman back to Colorado temporarily as he worked on Mark Udall’s campaign. “I sort of realized two things. One: I got very interested in business working on the campaign,” said Spearman. “Secondly, I knew that I wanted to come back to Denver, but I wasn’t just quite sure when.” 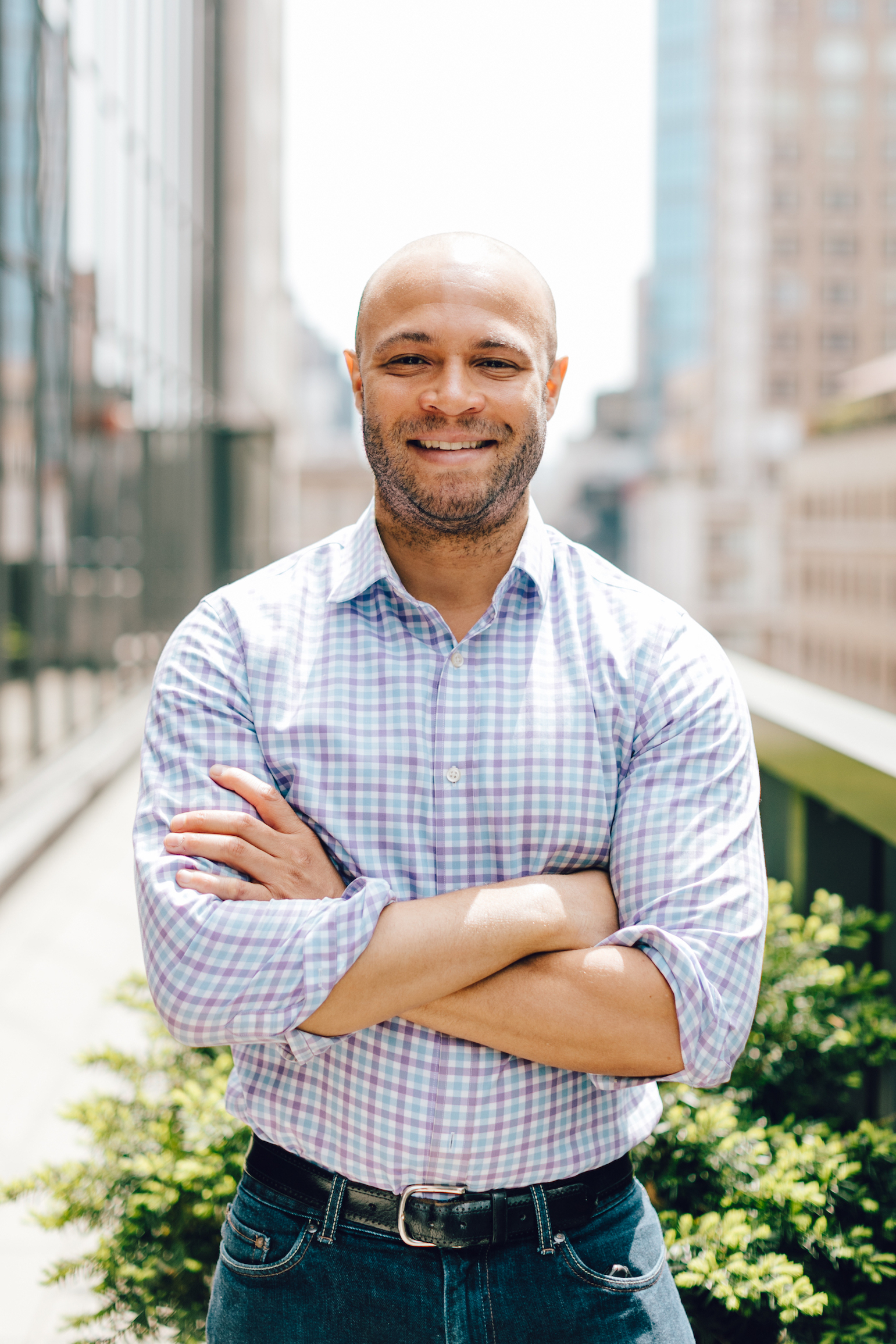 Spearman’s business partner David Back — also a Denver native — worked at Tattered Cover as a teenager. When he called about the once-in-a-lifetime opportunity to buy the business, “it just felt right from all angles,” said Spearman. “I think this is such an important period in our city’s history. We’ve got explosive growth here, we’re dealing with all sorts of social and political questions that are sweeping the U.S., and it’s just a unique time to try and have a voice in that,” he added. “Similarly, Tattered Cover really needed to change its direction and it really needed to become a community institution in which people could come together and showcase not just literature, but all aspects that make this city great.” 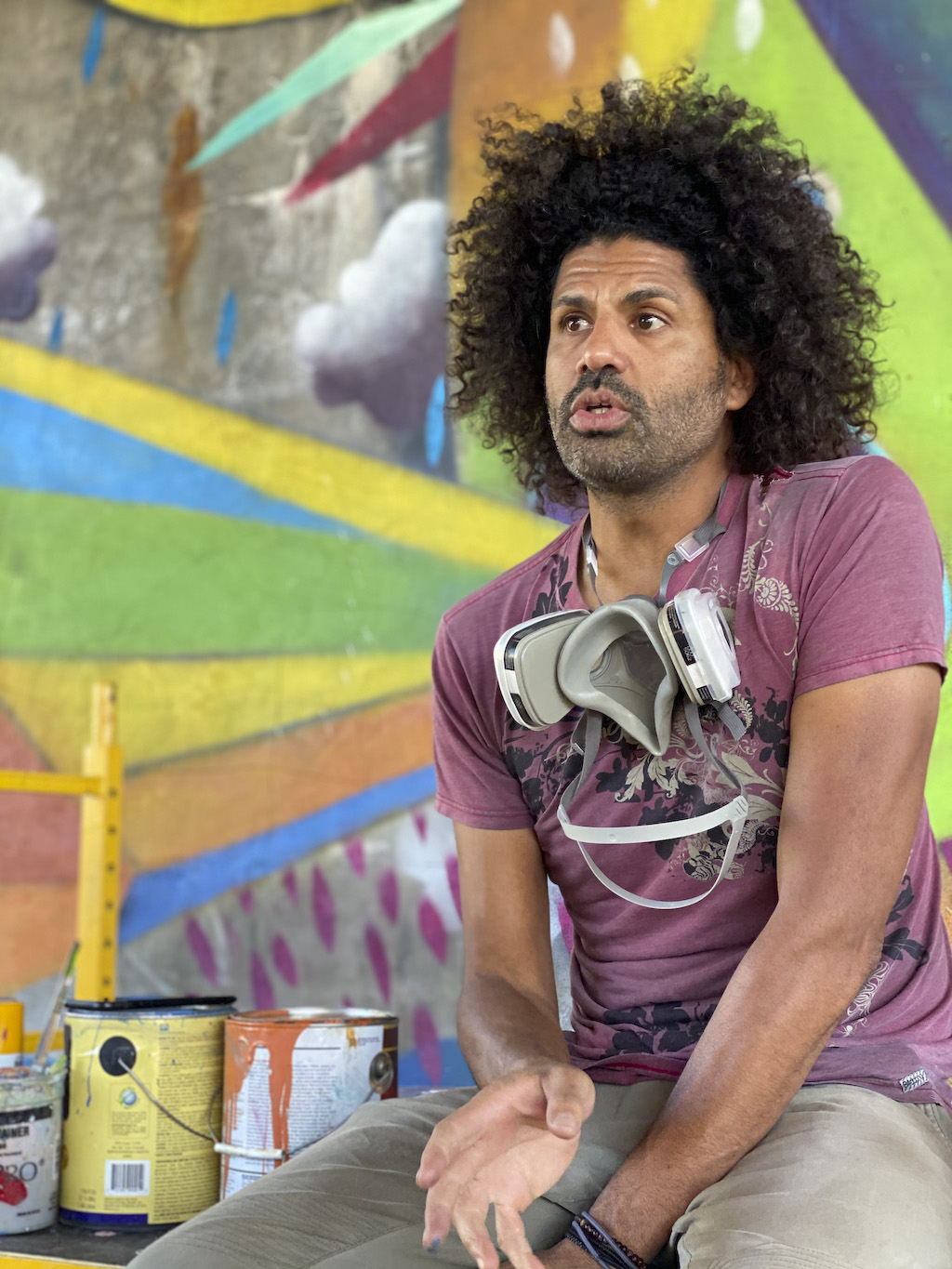 Having such a dynamic and respected artist start off the series is exciting and important for Spearman and his colleagues. After attending Pratt, Gadlin came back to Denver and started a mentorship with local artist Darrell Anderson. “If it wasn’t for him, my trajectory may have been different. I may have gone back to New York, but I stayed because of his support. And because he really taught me the business of art,” Gadlin said. He assisted Anderson with designing and implementing several public art projects, including murals at local RTD Light Rail stops.

After getting his first studio, Gadlin began supplementing his work making art with teaching it. “So after my stint in New York, I came back, found support, and immediately got shown into the business of art and teaching. I got into teaching because I thought I had a knack for it and so did Darrell. You could survive doing teaching and work on your studio practice, and those are the two things that kind of just helped me to become a better professional,” he added. “And I’ve always been good at articulating what I’m passionate about.”

Among the schools he’s taught at are East High and Park Hill Elementary—both places he attended. “It’s sort of funny how sticking here, I’ve become more involved and had my foot kind of back in my own path,” he said. “Sort of influencing and becoming that same kind go mentor that Darrell was to me — to others. And I’ve kind of been doing that for the last 25 years.”

Gadlin’s mother was an aspiring writer.  “We always found ourselves at Tattered Cover,” he said.  “I mean, there’s a long history I have with that place because they always had the European art magazines. I would go through them and fantasize and spend tons of money that I didn’t have — just because I had to see what a real studio looked like.”

“Tattered Cover always had a more robust art collection of books than any other place, and so that was a huge part of my history. I have fond memories of going with my mother and looking through books together,” Gadlin added. This kind of community engagement is what Spearman and his team are working to emphasize.

“We’re asking community leaders to talk about how books inspired them, we’re trying to sell merchandise from community manufacturers, and we’re trying to promote art,” Spearman said. “The hope is that over the next few weeks, months — and quite frankly, years — all of our stores will be peppered with art. Most of the art will be literary adjacent, but the only requirement is that the artists need to represent Colorado.”

Like all modern business owners, Spearman is hyper-aware that e-commerce accounts for a huge portion of the retail market. The team is addressing this both in-store and online.

“Our stores have to be far more experiential,” said Spearman. “People have to have an intention to go to one of our stores because they’re going to experience something that they can’t get online. So maybe it’s the smell of a book, right? Maybe it’s seeing Michael’s art or maybe it’s the ability to curate experiences from the recommendations from the staff.”

Online, Spearman is working on streamlining the e-commerce experience and adding personalized options, like book clubs or subscriptions. By doing this, he also hopes to spread his mission of advocating for literacy in the community. “My mom is a teacher, and she has been very adamant that the difference between people who have successful outcomes and unsuccessful outcomes is really access to literature,” said Spearman. “I took that a step farther. Everyone loves to read — the question is just ‘what?’”

He hopes that Tattered Cover can “go out into communities with huge diversity and really inspire people to fall in love with reading. Because once you find that book or that piece of literature that really speaks to you, you’re gonna search for 10 more just like it. And at that point, you’re hooked,” he added. “If we can increase levels of literacy, it’s going to be an absolutely beautiful thing.”

Michael Gadlin’s work is available for purchase at Tattered Cover’s Colfax location through the end of May.  Check out their website to find out more about the Local Artist Consignment Program.  Artist submissions for the exhibit following Gadlin are now open for application.