When music producer Loudland, born Lachlan Connors, had a series of concussions in middle school, followed by epileptic seizures, the doctors told him that he would have to give up contact sports forever. For a young teenage boy who dreamt of becoming a professional athlete, having to give up a future in athletics was devastating. Then, one day at home, he sat down at the piano, and everything changed.

While Connors was growing up, he loved listening to Kanye West and Elton John, but when it came to playing music — as his mom tells it — he had no talent. His grandfather was an accomplished piano player, and as a young child, he took a couple of piano lessons but put an end to that quickly. “I just couldn’t do it,” he recalls. “I told all the teachers and my mom, it’s just not for me.” 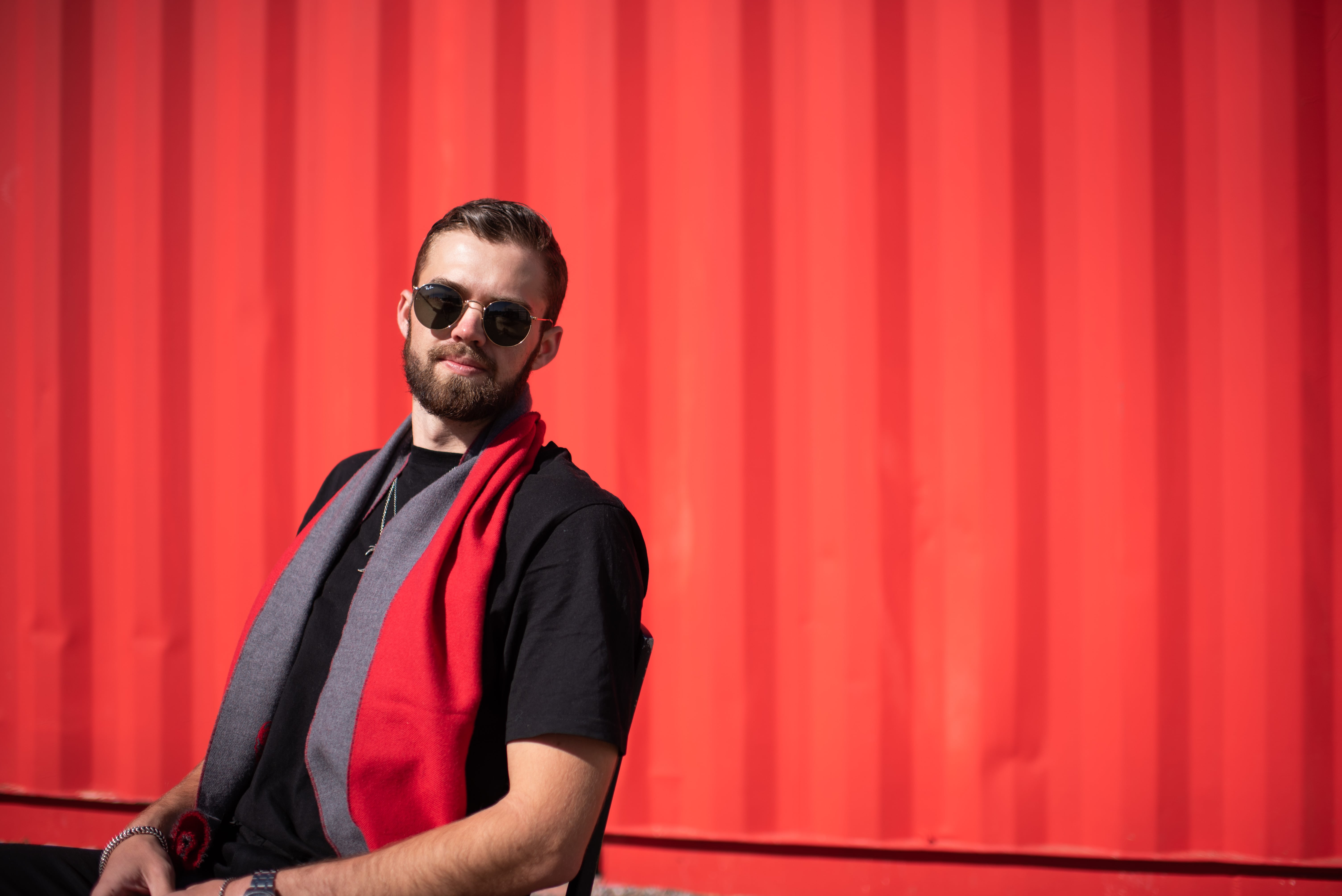 Connors’ passion was always playing lacrosse, and he had just begun learning how to play football as well when he sustained a concussion while playing on his recreational lacrosse team. A few more hard hits to the head and seizures kept him in the hospital for weeks, and doctors sidelined him from playing sports permanently or risk more severe health consequences. Understandably, having to shelve his dream of going pro was devastating. However, in the midst of grief came what can only be described as a miracle.

“I was scheduled to play a game one Saturday, about six or seven weeks after I was injured and done and I knew it was over. I stopped going to the games. I wanted to support my team, obviously, but it just upset me to be at the game. I figured I’d find something to do, and I decided I would try playing the piano. It was a really strange and new feeling to me because it sounded to me as if auditory things made a lot more sense. I could actually piece together what needed to be played when I needed to play something.”

After listening to a Kanye West or a Beatles song, Connors could walk over to the piano and play it back effortlessly without taking lessons or learning any technical skills. However, the piano wasn’t the only instrument Connors could now play. He now estimates he can play over 15 instruments, from the guitar to the bagpipes — both Scottish and Irish. “I was able to sort of sonically put the piano together and understand how it worked,” he said. “I really started to apply the fundamental knowledge of piano to playing other instruments in the world, and it all just kind of came naturally.” 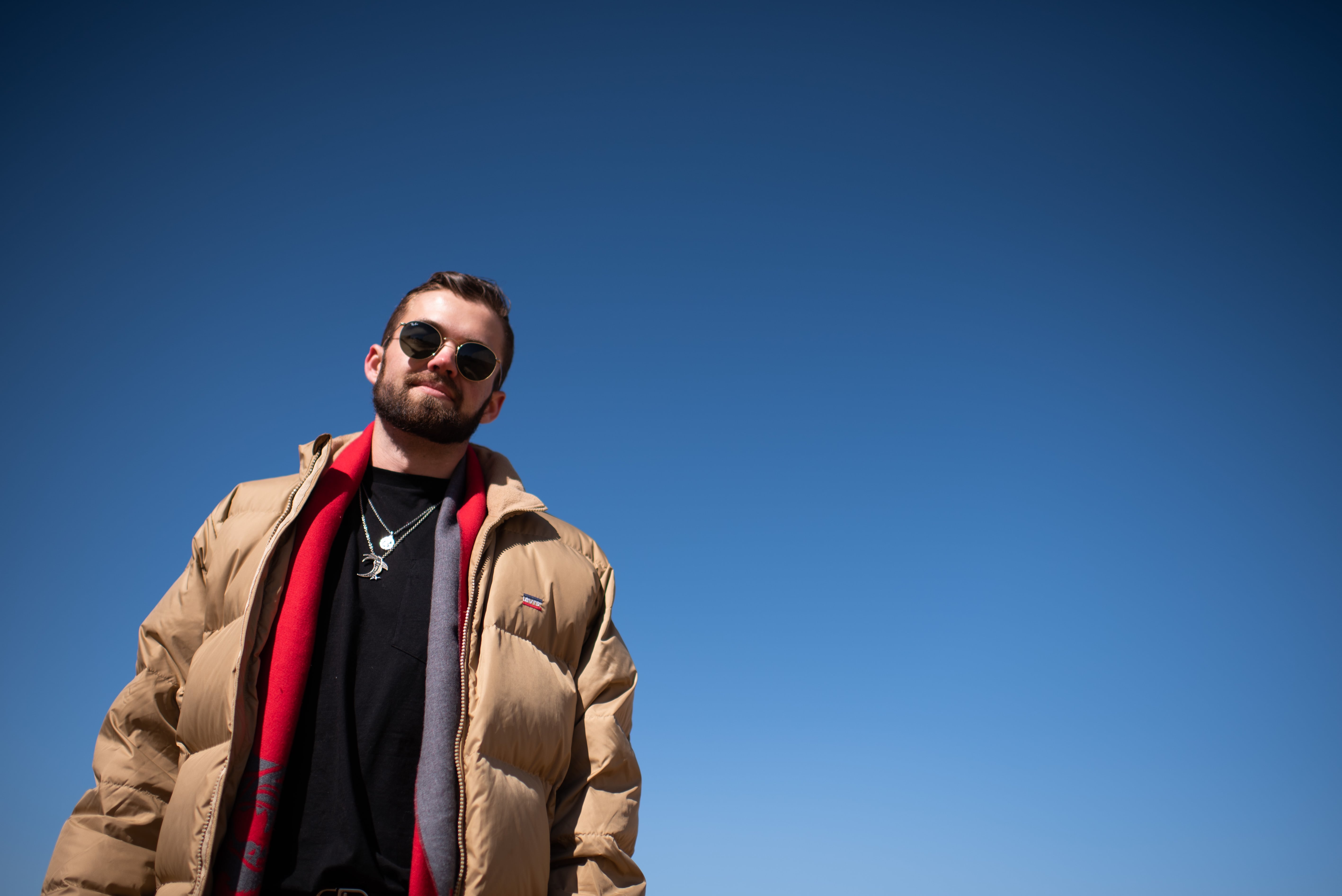 His doctors aren’t quite sure how Connors gained his newfound prodigy-like musical talents, but Connors is forever grateful he did. While attending Kent Denver School, Connors took the time he previously dedicated to sports and put it towards band practice and teaching himself more instruments. He credits his high school band director for whipping him into shape as a musician. “Steve Holley is the one who really, really made me who I am today,” he gushed. “He was really solid in helping me understand the way that a group should come together to put together a piece of music.”

Throughout high school, Connors got by only playing by ear, and didn’t learn how to read sheet music until he took music theory classes in college in California. However, he readily admits he found those classes very difficult and laughingly describes his technical knowledge of reading music as “I know what a note is and if I’m looking at it on a page. I know what it means.” After finishing his degree, Connors moved back to Denver with a specific goal in mind.

“As far as my interest musically, something that’s really important for me is helping to develop a hip hop scene in Denver, however I can. There have been some people who have come before all of us who have been so important for hip hop out here — one of my favorites has always been Trev Rich. For me, it was all about coming back to where I’m from and making sure I can do my part to grow the scene. Maybe I’ll be in California again, but right now, it’s all about making sure that Denver is on the map.” 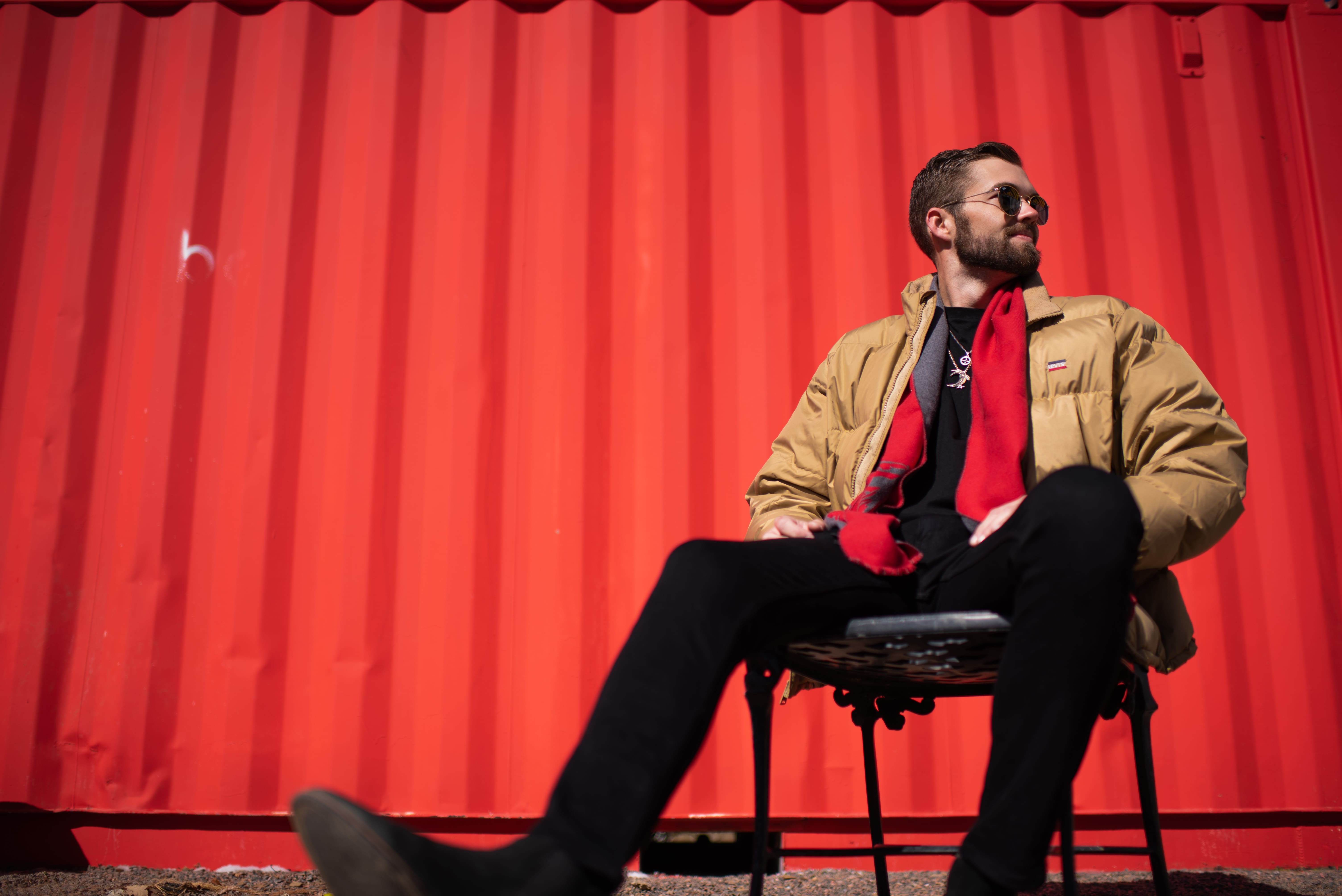 Since coming on the scene in 2017 as Loudland, Connors has released two full-length albums and a handful of singles, teaming up with rappers like Sidmfkid, with whom he created his first rap and hip hop album Welcome to Loudland. He also recently collaborated with DNA Picasso on an upbeat, bossa nova-esque single, “On the Side,” and also teased another single from DNA coming soon. “We really built the song from the ground up with a beat that he was liking that I made,” Connors explained of “On the Side.” “He’s very creative — he did a lot of freestyling, and I did a little bit of freestyling as well with solo instrumentation.”

Recently, Connors teamed up with Sidmfkid on a new single, “Bulletproof,” for which they also created a music video in the form of a movie. They traveled to Alabama Hills in Lone Pine, California with a team of directors, cinematographers and a wardrobe specialist and shot on the Movie Road that Hollywood has made so famous. “We wanted to make it [a movie] because it was my first music video, and we really, really wanted to come in with a boom,” he explained. “As soon as we saw that potential behind it, it started to snowball and just get bigger and bigger and bigger into this movie with a Tarantino theme.” 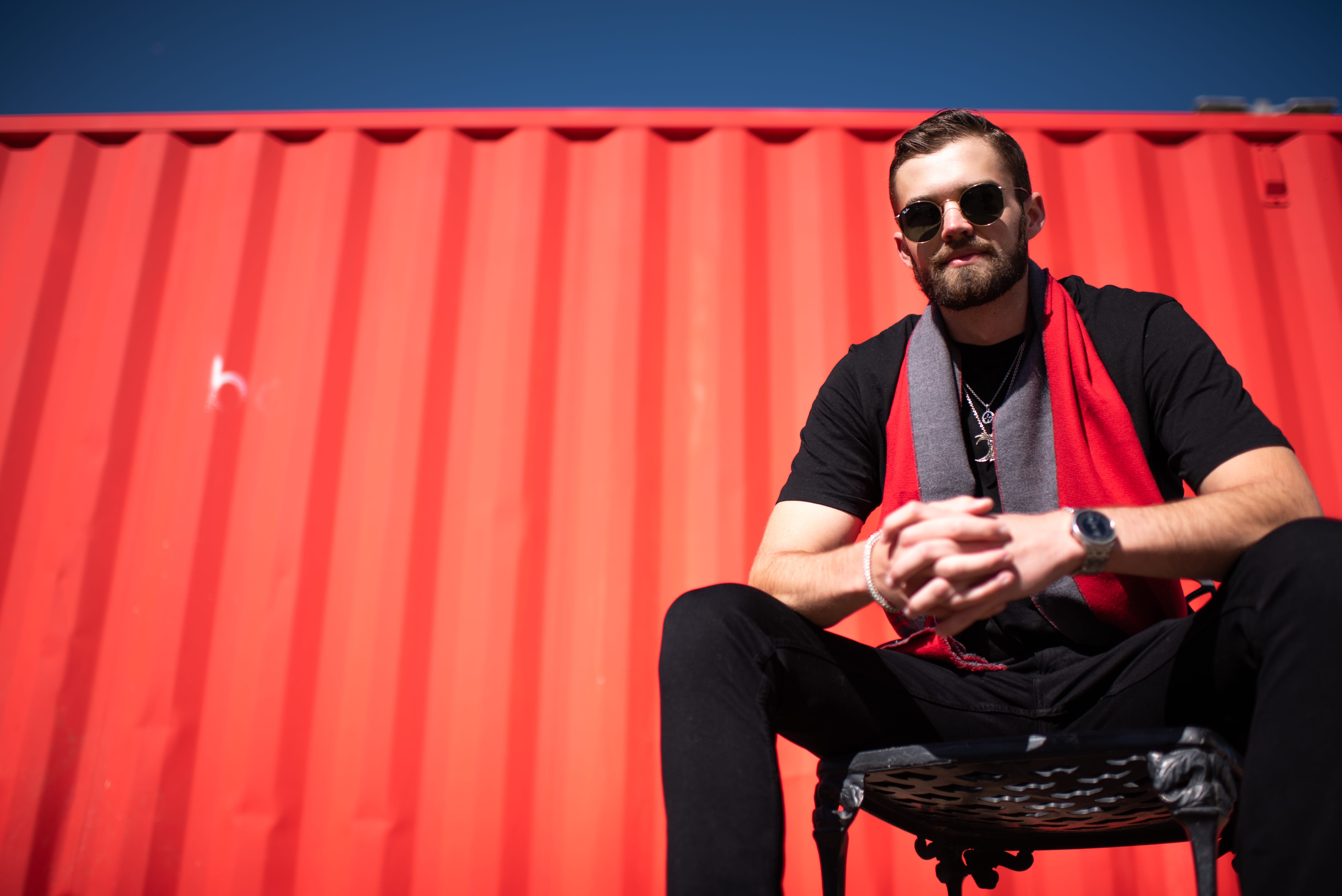 In addition to his future collaboration with DNA Picasso, he’s also planning on releasing another full-length album. In the meantime, throughout the pandemic, Connors has been spending his time creating visual art. He drew his own album art for Welcome to Loudland, and his work can also be seen on the album covers and merchandise for rappers like Trev Rich and TheyCallHimAP. “My mom is a really talented painter, and I’d always see her painting growing up” he explained of his visual art background. “I started with one little sketch, and it turned into eventually getting an iPad. When I had finally done my own album cover for Welcome to Loudland, I realized, I can use this as well to get in touch with people.”

Though Connors’ journey to becoming a music producer hasn’t always been easy, he says that if he could go back in time, he’d change nothing. He calls his ability to play and learn instruments a blessing and sees it as an opportunity to encourage others to work hard for their own passions if they feel they have a skill they care about. “It was definitely hard having only 12, 13 years under your belt, all those years are focused on one thing, and then it disappears,” he said. “Luckily, when when you’re that young, you can figure out how to pivot, and I figured out a way to pivot. I was given — by some lucky grace — the ability to play instruments out of nowhere, and I wasn’t willing to abandon that blessing.”