In what might be Quentin Tarantino’s magnum opus — the 2009 film Inglorious Basterds — there is a scene in which Brad Pitt’s character Lieutenant Aldo Raine is tasked with disguising himself as an Italian by the name of Gorlami in order to infiltrate a Nazi movie premiere. It’s a rather iconic scene, with Pitt having to repeat the name with increasing comic unease as his Texas drawl and utter lack of conversational proficiency are tested by Christopher Waltz’s bone-chilling Colonel Hans Landa. Incognito, hardly.

Gorlami is fun to say. And for those that have seen the movie, it’s almost impossible to without dropping into Pitt’s absurd cadence. The name is a proper fit for Charlie Troup’s new pizza joint at Avanti Denver. Troup — who not so long ago opened Boychik, a modern Middle Eastern eatery at Avanti Boulder with partners Chase and Melissa Devitt — believes pizza is about fun. 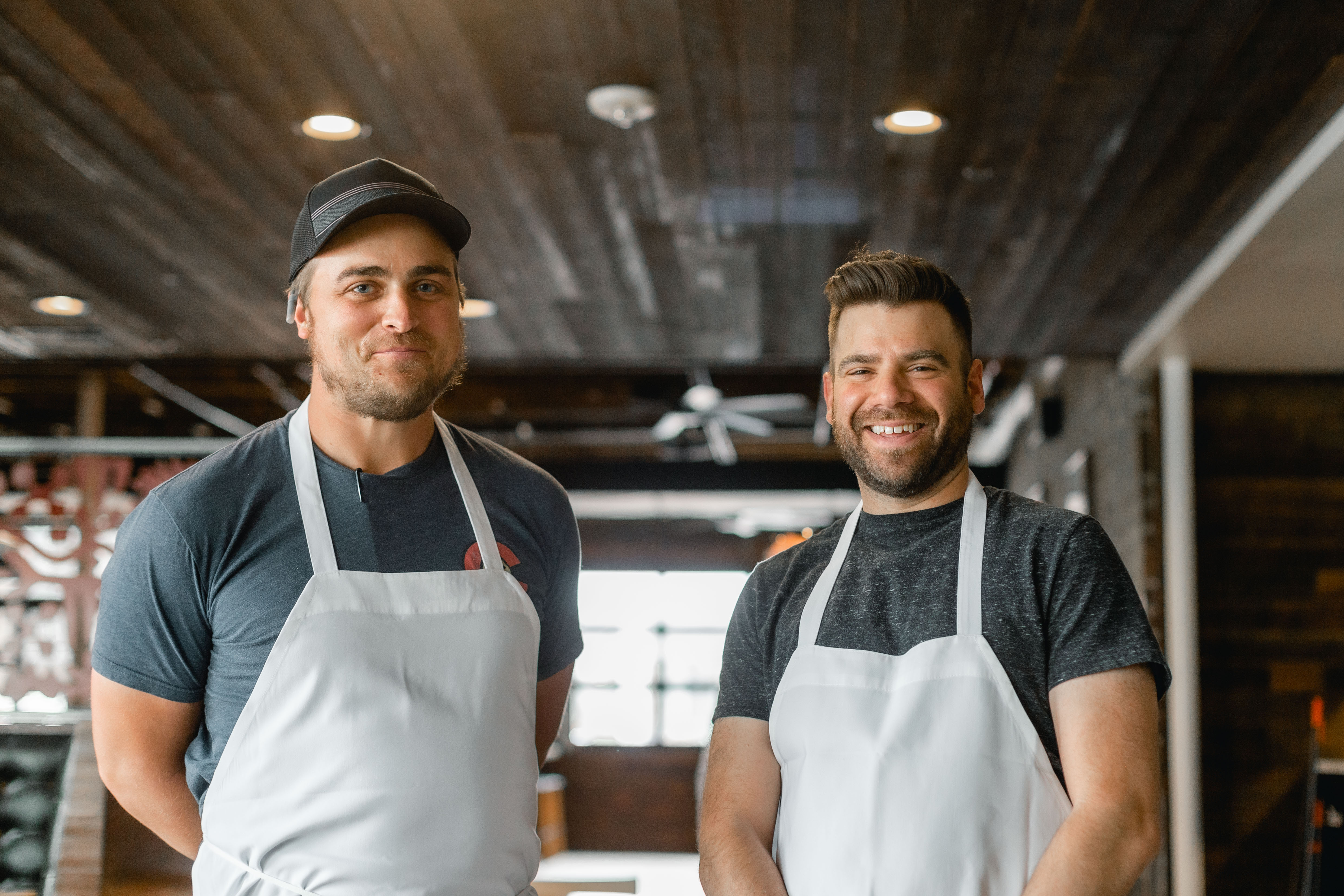 “Pizza is something I think of doing with people. You eat pizza with friends. You don’t eat pizza on a first date, you don’t eat it at a wedding,” he said. “Pizza is a vibe.”

Replacing the space previously held by Brava!, Gorlami Pizza serves crispy pies that reference Naples without being bound by tradition. There are certainly thematic parallels between the shop and its namesake. Troup is an American making pizza without ever having been to Italy. Though Gorlami Pizza differs by being a celebration, unlike Raine who was an uncomfortable and agitated imposter. Gorlami makes no attempt to mimic with anything resembling strictness, remembering again that pizza is about having a good time.

Troup was born and raised in Minneapolis. Since moving to Colorado he’s ramped up his fine-dining background. Beginning with a managerial position at Vail’s Mountain Standard, Troup followed with a long stint at OAK at Fourteenth. He’s since worked under Gregory Gourdet at Departure and most recently Alon Shaya at Safta. It was on a trip to Isreal facilitated by Shaya that Troup drew much of the inspiration that helped to fuel Boychik’s hummus and shawarma-heavy menu. Both of Troup’s stalls seem right at home in their respective cities, something the restaurateur said is very much by design. “Gorlami is about fun. Boychik is about family,” he said.

Handling the daily operations is executive chef David Cochrane, a New Hampshire native who met Troup while both were working at OAK. “Every time I smell pizza it takes me back to when I was a kid,” said the chef, noting that he now enjoys watching his own children build pizzas at home as if they were art projects. Cochrane’s father was in the carnival business, so the nostalgia is vivid, the chef noting that plenty of his formative hours were spent on the circus’ roving pizza cart.

After nearly four years at OAK, Cochrane moved to Charleston to open Root — a local and seasonally inspired New American joint in much the same vein as his former employer. He sold his stake and moved back to Colorado just before the pandemic hit. “It’s been almost a relief to be able to step into a concept that has already been built up,” he said. “Right as I was about to start looking for a job Charlie called me,” he grinned.

Savory options are broken down into pizza and plate. The baby romaine salad ($10) takes full heads of baby romaine and drizzles them with honey mustard, parmesan, basil and black pepper. Most of the menu is designed to be finger food, the grabbable salad being no exception. The olive oil whipped ricotta ($12) comes in four varieties, with the baby broccoli, chili and lemon providing a delightful chomp.

The pizzas — 13-inch flat pies cooked at 650, around 200 degrees lower than the Neopolitan standard — aim for golden-brown crunch. The slightly longer cooking time of three to four minutes gives the slices just a touch of bounce as opposed to the standard streaks of delightful soot. The pies all follow the principle of less is more, often relying on only a few key ingredients. Standards like Margherita ($12) and pepperoni ($13) will please purists. The Pineapple Express ($14) however is not for the stringent — combining sausage, mozzarella, basil, Calabrian chili and house-made pineapple jam for one of the most fitting pies on the board, a bit of Lieutenant Raine shining through the veneer.

Gorlami does a good job of delivering proper pies free of pretense, with the team clearly benefitting from the years spent together. “You should reflect in your menu and food the people you like to be around,” grinned Troup. With the world on what feels like a cusp, the more cheer that can be put back into dining the better.