Zoe Berman wrote an a capella version of her new single, “Lilac Hour,” while on a bike ride in the foothills of Fort Collins. It was sunset, or as Berman described it, “the period between golden hour and darkness.” Sunset is undisturbed, she said, left alone while people go inside to eat dinner and relax after a hard day’s work.

Berman writes a lot of her music outdoors and on the trail, and “Lilac Hour” is a beautifully literal depiction of the habit. The electropop track is soulful and sultry, smooth as butter — it sounds exactly like the color lilac looks. It’s an extremely effective picture of what Berman experienced on her bike along the foothills, underneath a sky that melts like ice cream.

“Lilac Hour,” released Feb. 19, is a breakaway from Berman’s more bluesy earlier releases such as “Friends to Lovers” and “Seasonal Blues,” tracks that showcase her soulful chops magnificently. Berman moved to Denver in October 2019, just a few months before the COVID-19 pandemic began. She grew up in the suburbs of Connecticut and moved to Fort Collins in 2017. While in Fort Collins, Berman established herself as a soulful Americana singer with a voice equally as strong as her poetic lyricism. She played for a while with the now-retired Fort Collins group, Futon Down. Given her moving time, and the pandemic’s effective way of canceling all socialization, Berman said she hasn’t had much of an opportunity to connect with other musicians and insert herself into Denver’s music scene. But, we would argue her music alone manages to forge a connection between the listener and the singer herself. 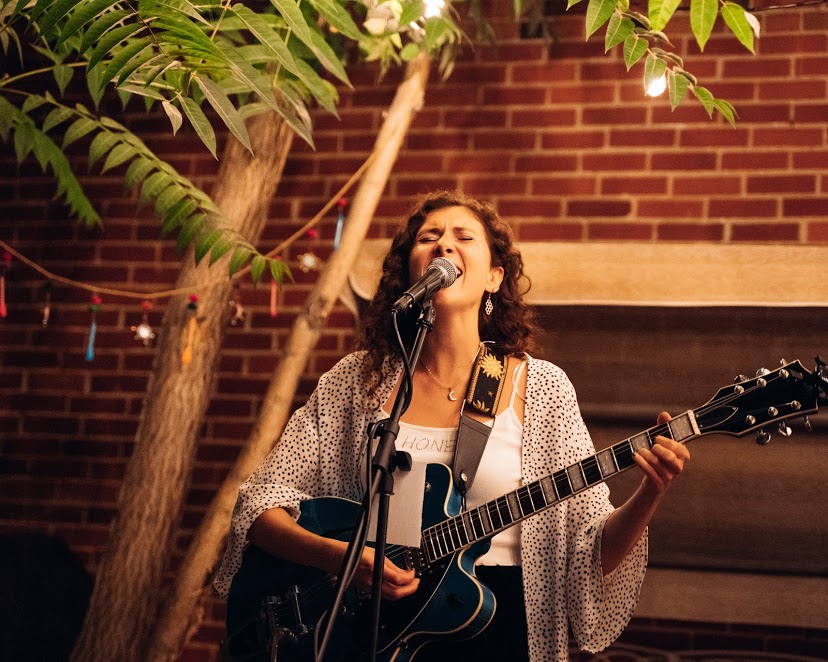 “Lilac Hour” was the third track Berman released with Third & James, a music studio in Denver, behind “Edit, Delete & Save” and “Something Better.” Her goal with “Lilac Hour” was “slowing it down and focusing on the details,” complementing her a cappella original with percussion that was out of the ordinary — shaking sugar packets, sweeping a mallet across a lampshade, and hitting a Black Velvet whisky jug. The plucking noise you hear is Berman plucking the string inside a grand piano. The bird songs were recorded during a solo camping trip near Mount Hood Berman took while on tour.

The extraordinary measures reaped extraordinary results. “Lilac Hour” is just as layered and sexy as nature intended. It also shows us a sliver of the depth Berman has to offer as an artist. Listeners shouldn’t leave Berman’s lyrics undiscovered under her powerful vocals. She’s a storyteller who paints a picture, as can be seen in her song “Age of the Sherbet Man,” featured on NPR’s All Things Considered blog.

In 2021, we can expect an EP release from Berman, as “Lilac Hour” is part of a bigger project she says she’s been working on for quite some time. Berman also says she’s looking for opportunities to collaborate with other musicians, and get a taste of a music scene we all know has a lot to offer.

“I’m ready to dive back in, whenever that’s feasible,” Berman said.